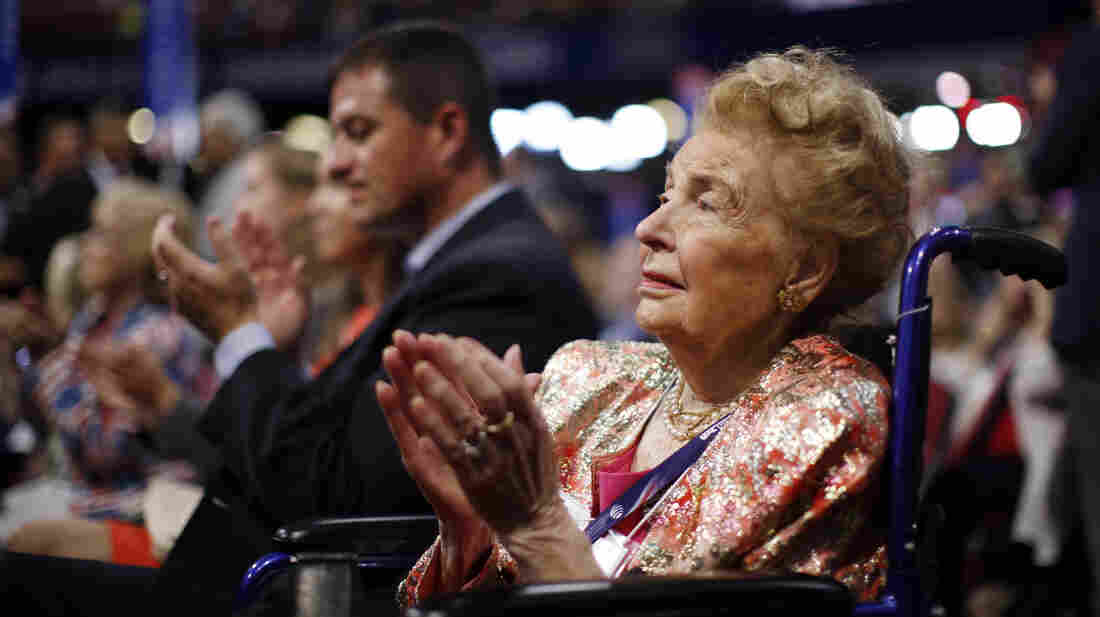 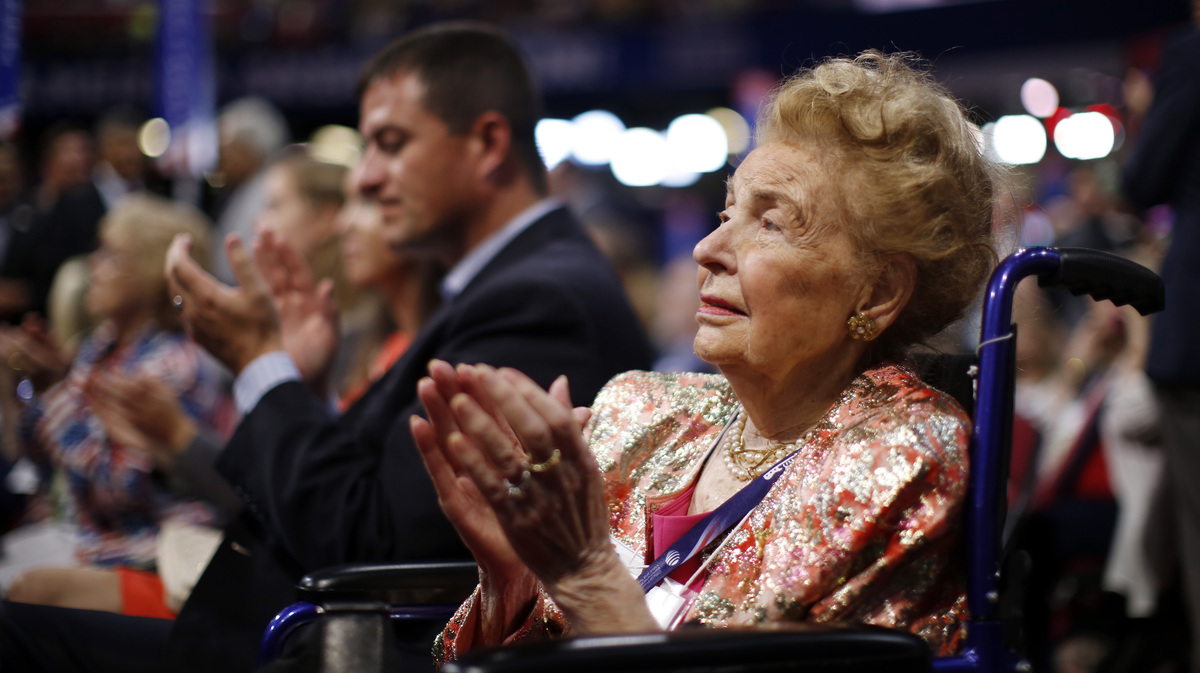 Missouri delegate Phyllis Schlafly watches during the second day session of the Republican National Convention in Cleveland, on July 19.

Conservative activist Phyllis Schlafly, best known for being the voice of opposition to the Equal Rights Amendment, died on Monday. She was 92.

Her death was confirmed by her son John, who said she died of cancer at her home in St. Louis.

According to The Associated Press, Schlafly's self-published book, A Choice Not an Echo, brought her into the national spotlight in 1964. The news service reports the book, which sold 3 million copies, became a manifesto for many conservatives and boosted Sen. Barry Goldwater's bid for the 1964 GOP presidential nomination.

Yet Schlafly's legacy is perhaps most tied to her outspoken criticism of the Equal Rights Amendment, a proposed amendment to the Constitution that would have explicitly prohibited gender discrimination. It was passed by Congress in 1972 but defeated in the years to come, when it failed to be ratified by enough states — partly because of Schlafly's fierce opposition.

"Since the women are the ones who bear the babies and there's nothing we can do about that, our laws and customs then make it the financial obligation of the husband to provide the support," she said in 1973. "It is his obligation and his sole obligation. And this is exactly and precisely what we will lose if the Equal Rights Amendment is passed."

When Schlafly spoke to NPR's Michel Martin in 2014, she explained her motivations for opposing the amendment.

Phyllis Schlafly Explains Why Feminism Has Made Women Unhappy

Phyllis Schlafly Explains Why Feminism Has Made Women Unhappy

"When I went to the hearings for the Equal Rights Amendment and I heard what they were saying, and they had absolutely no benefit to offer women, but we could see a lot of disadvantages in it," Schlafly told Martin. She added:

"What that amendment would do is to make all laws sex-neutral. Well, the typical, classic law that is not sex-neutral is the draft registration law. And we were still in the Vietnam War in 1972.

"I had sons and daughters about age 18. My daughters thought this was the craziest thing they ever heard. You're going to have a new amendment for women? And the first thing is they'll have to sign up for the draft like their brothers. Now, that was an unsalable proposition."

When the amendment failed to get the 38 states it needed — it fell short by three states — many people gave Schlafly credit for its demise. 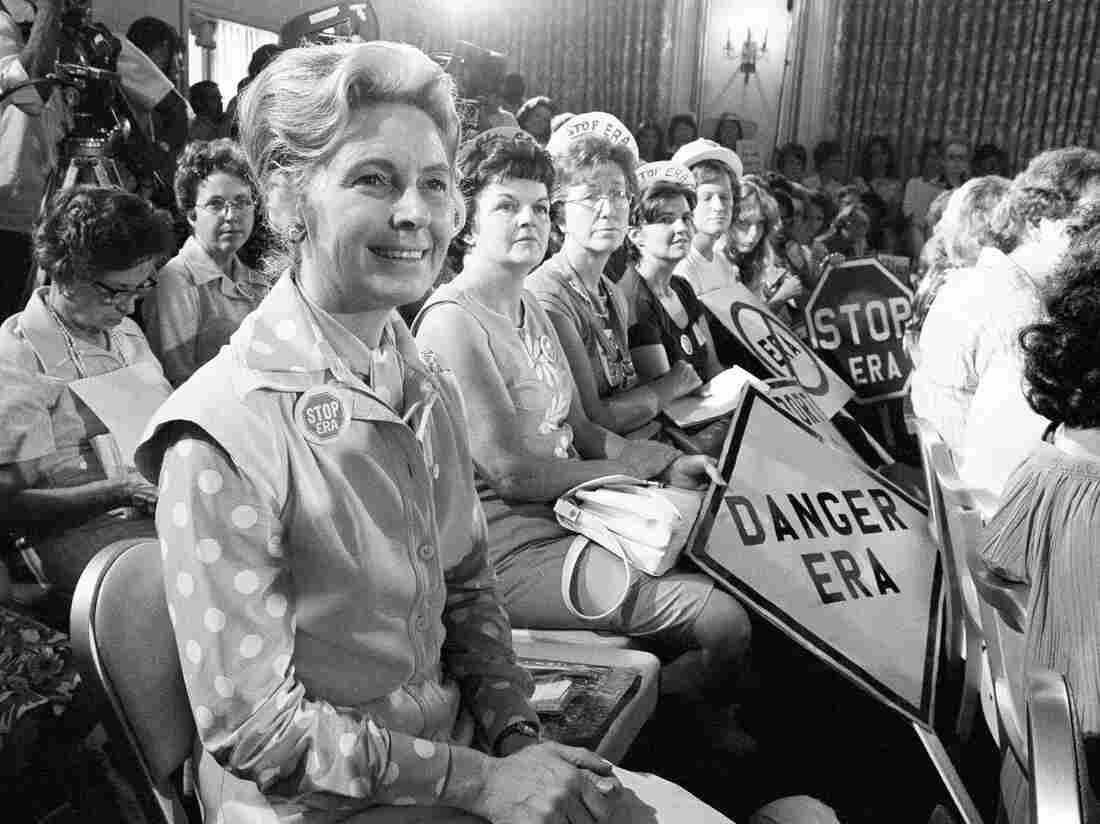 Women opposed to the Equal Rights Amendment sit with Phyllis Schlafly (left), national chairman of Stop ERA, at a hearing of the Republican platform subcommittee on human rights and responsibilities in 1976. AP hide caption 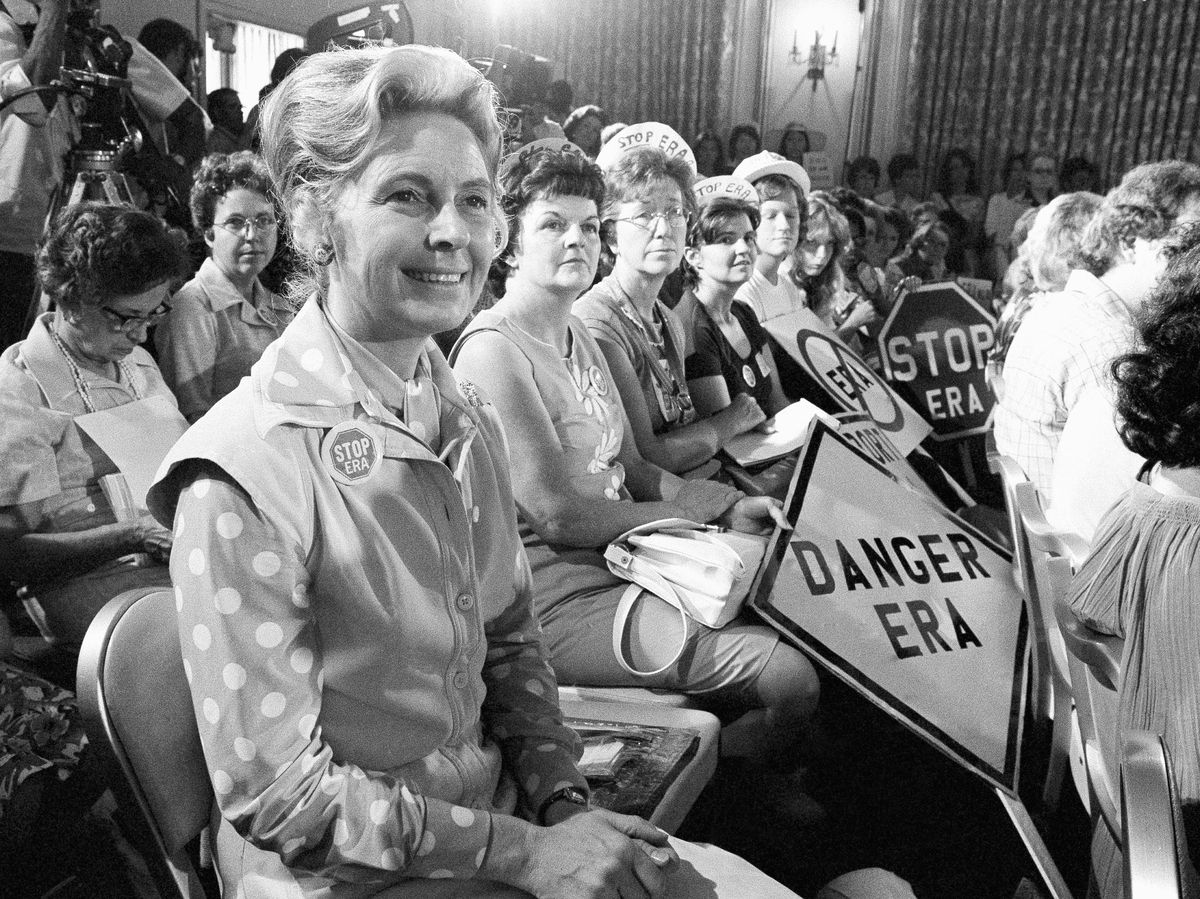 Women opposed to the Equal Rights Amendment sit with Phyllis Schlafly (left), national chairman of Stop ERA, at a hearing of the Republican platform subcommittee on human rights and responsibilities in 1976.

But Schlafly called politics her "hobby."

"I really spent 25 years as a full-time homemaker before I did any particular traveling around," she said in 2014. "And by that time, the children were well along in school or college. And they were very supportive. My husband was very supportive. I told the feminists the only person's permission I had to get was my husband's."

Despite the key role she played in championing conservatism and helping to defeat the Equal Rights Amendment, Schlafly told The Associated Press in 2007 that perhaps her greatest legacy was the Eagle Forum, the conservative group she founded in the 1970s.

In a statement, the group's vice president called Schlafly the "sweetheart of the silent majority."

She was preceded in death by her husband, John, and is survived by six children and 16 grandchildren.