Accessibility links
Philippines President Rodrigo Duterte 'Expresses Regret' For Cursing Obama : The Two-Way The White House has been critical of Rodrigo Duterte for the killing of thousands of suspected drug dealers since he took office. A planned meeting between the two leaders was canceled. 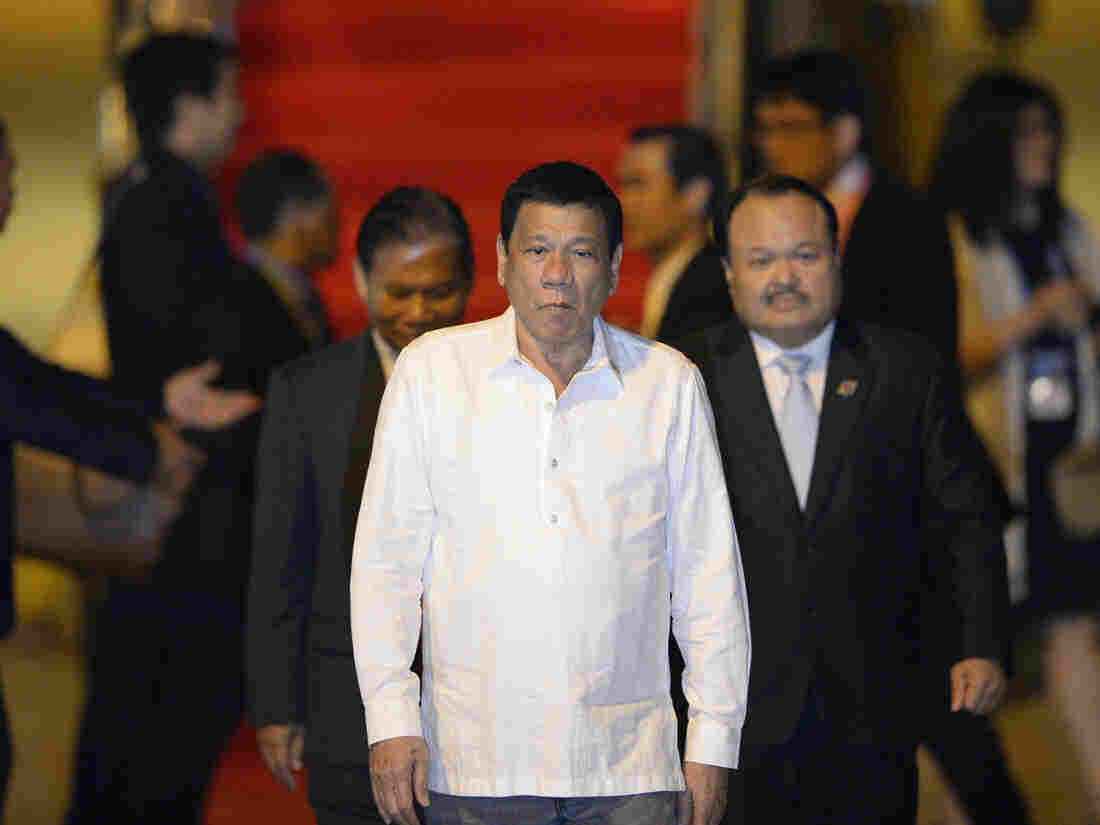 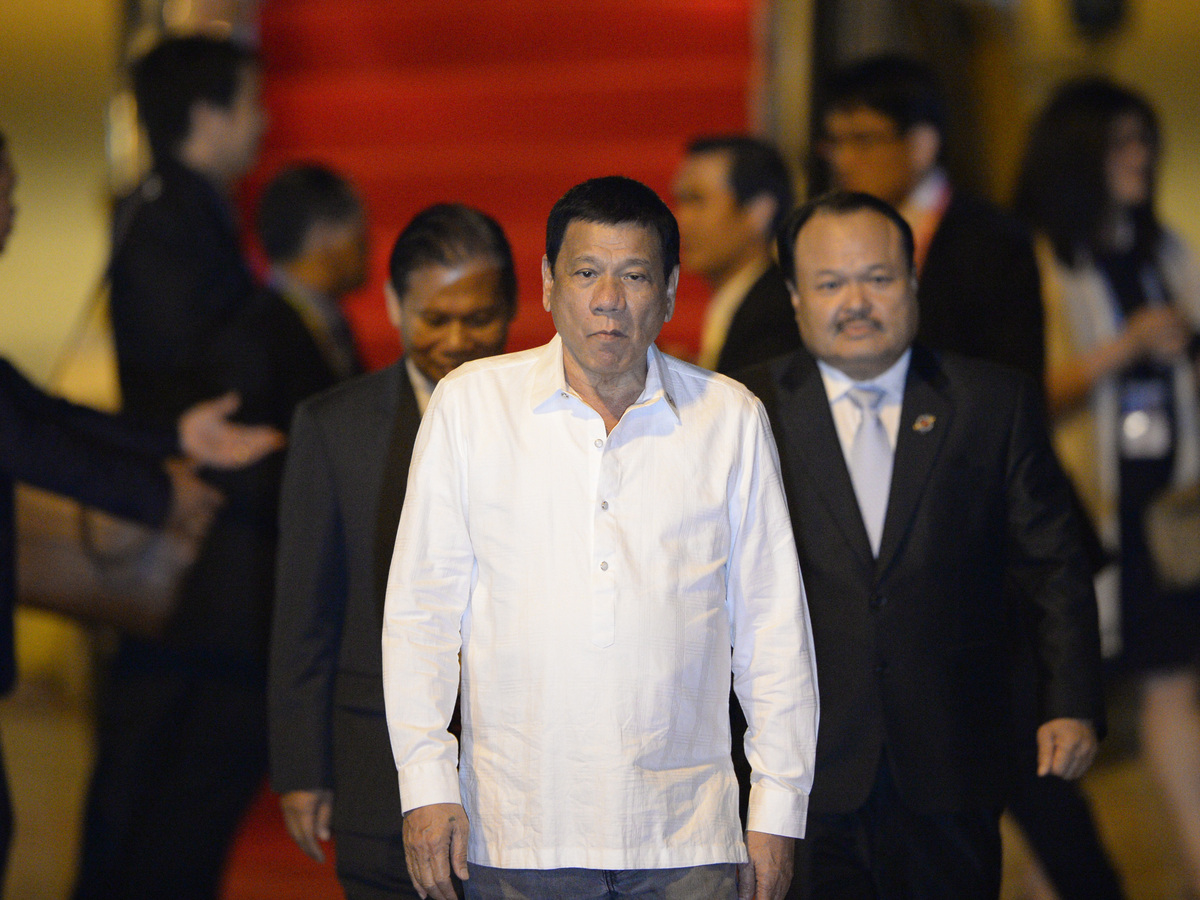 Recently inaugurated Philippine President Rodrigo Duterte is "expressing regret" for his comments at a fiery press conference, in which he called President Obama a "son of a bitch" or "son of a whore" (depending on how you translate the Tagalog) and threatened to swear at him in a planned bilateral meeting.

The White House canceled the meeting shortly after Duterte's comments.

"We ... regret [the remarks] came across as a personal attack on the U.S. president," Duterte's office said in a statement issued Tuesday.

Under New Philippine President, Nearly 1,800 Have Died In Extrajudicial Killings

The U.S. has been critical of Duterte's human rights record in his scant two months as president. At issue are the estimated 2,400 killings committed by police and vigilantes since Duterte was inaugurated June 30, according to National Police figures. He ran on a pledge to rid the Philippines of drug trafficking, and once he took office began a campaign in which thousands of people were rounded up and killed without due process. Some of the victims were tangentially related to the drug trade — or just at the wrong place at the wrong time — including a 5-year-old killed in the roundups.

This has raised wide international alarm, of course. The White House said Obama would be raising the extrajudicial killings with Duterte at their planned meeting, but Duterte reacted strongly, saying: "You must be respectful. Do not just throw away questions and statements. Son of a whore, I will curse you in that forum."

That insult, in Tagalog, is a favorite of Duterte's. He's used it against Pope Francis, after a visit by the pontiff caused traffic tie-ups in the Philippines. He's also given the title to the U.S. ambassador in Manila, whom Duterte also called "gay." And U.N. Secretary-General Ban Ki-moon is also part of the "son of a bitch" club, after Ban said the drug killings were "illegal and a breach of fundamental rights and freedoms."

Duterte is scrambling to smooth things over with the U.S., a longtime ally.

"I do not want to quarrel with him. He's the most powerful president of any country on the planet," Duterte said, after arriving in Vientiane, Laos, for a summit of Southeast Asian nations, in which Obama is also taking part.

For his part, Obama called Duterte "a colorful guy."