Accessibility links
'Dallas Morning News' Editorial: 'Trump Is No Republican' : The Two-Way In a scathing takedown, the reliably Republican newspaper declines to endorse Donald Trump's bid for the presidency. And now the Morning News says it is backing Hillary Clinton.

Donald Trump speaks during a campaign event on Tuesday in Virginia Beach, Va. The same day, an editorial in The Dallas Morning News blasted the candidate, declining to endorse him for president. Alex Wong/Getty Images hide caption 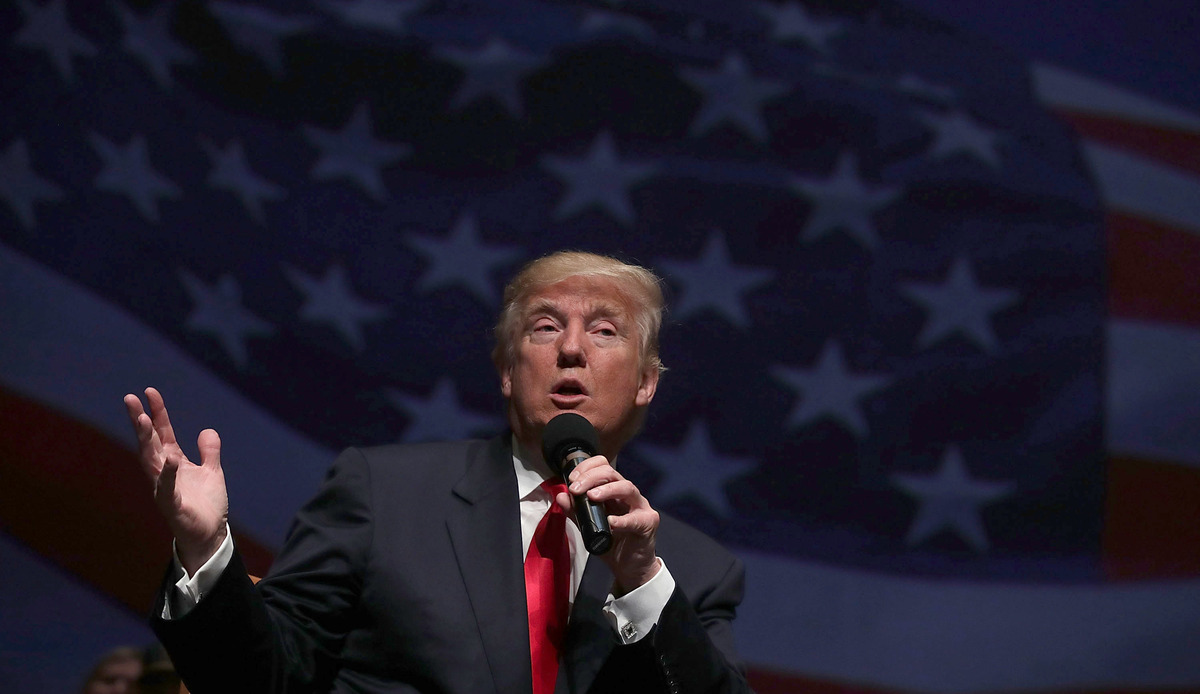 Donald Trump speaks during a campaign event on Tuesday in Virginia Beach, Va. The same day, an editorial in The Dallas Morning News blasted the candidate, declining to endorse him for president.

As February follows January and the sun sets in the west, readers of The Dallas Morning News could rely on that newspaper to endorse the Republican candidate for president.

But not this time — not when the candidate is Donald Trump.

The Morning News editorial pulled no punches from the get-go:

"What does it mean to be a Republican?

"For generations, the answer had been clear: A belief in individual liberty. Free markets. Strong national defense.

"But what does it mean to be a Republican today? With Donald Trump as the party's new standard-bearer, it's impossible to say."

The editorial criticizes Trump for "an authoritarian streak that should horrify limited-government advocates" and "his open admiration of Vladimir Putin." It calls Trump a hypocrite for investing in hotels abroad even as he criticizes car manufacturers who take factories overseas. As for national defense, the editorial calls Trump an isolationist who "put sound bites over sound policy."

Its conclusion is blistering:

"Donald Trump is not qualified to serve as president and does not deserve your vote."

Of course, the Morning News isn't the first major news daily to editorialize against Trump. The Los Angeles Times came out against him in March, and the Washington Post had harsh words for him in July.

But the Morning News has endorsed every Republican presidential candidate since 1968, when Richard Nixon faced off against Democrat Hubert Humphrey.

As Politico points out:

"In 1964, it was neutral between Texan and incumbent Democratic President Lyndon B. Johnson and Republican Arizona Sen. Barry Goldwater.

"On Tuesday, the paper did not endorse any candidate."

A day after publishing its takedown of Trump, the Morning News says it is endorsing Democratic nominee Hillary Clinton for president. In an op-ed Wednesday, the newspaper writes:

"There is only one serious candidate on the presidential ballot in November. We recommend Hillary Clinton.

"After nearly four decades in the public spotlight, 25 of them on the national stage, Clinton is a known quantity. For all her warts, she is the candidate more likely to keep our nation safe, to protect American ideals and to work across the aisle to uphold the vital domestic institutions that rely on a competent, experienced president.

"Hillary Clinton has spent years in the trenches doing the hard work needed to prepare herself to lead our nation. In this race, at this time, she deserves your vote."