Accessibility links
Trial Opens For Occupiers Of Oregon Wildlife Refuge : The Two-Way The Malheur National Wildlife Refuge in eastern Oregon was seized by armed militants for 41 days. Many of the occupiers have pleaded guilty already; the first trial begins Wednesday. 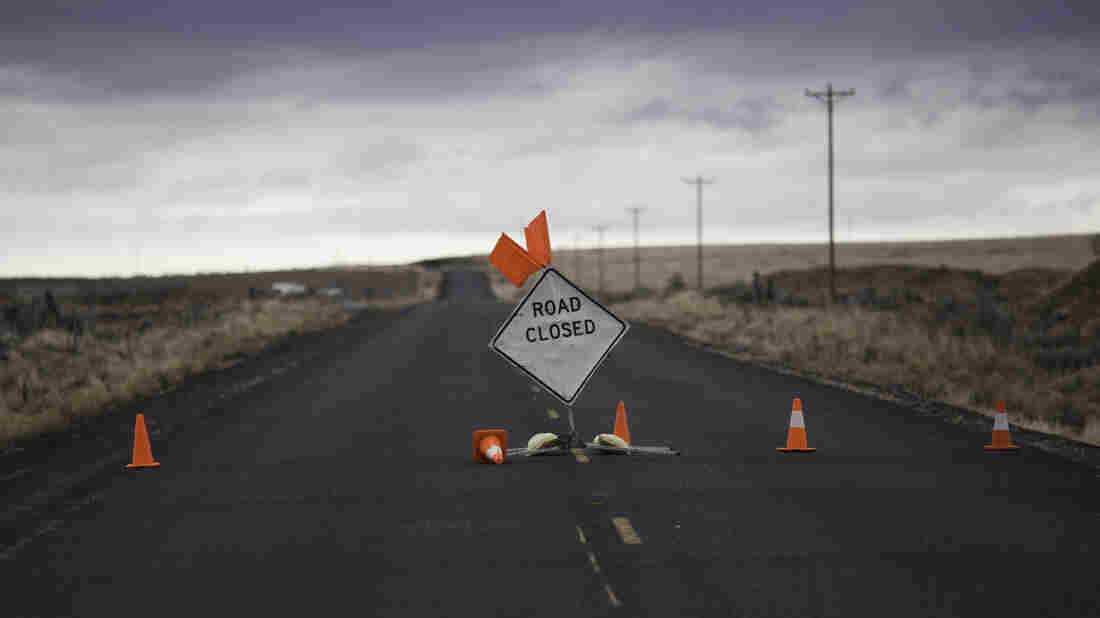 A sign is placed on a closed road to the Malheur National Wildlife Refuge near Burns, Ore., on Jan. 29, during the armed occupation of the refuge. Rob Kerr/AFP/Getty Images hide caption 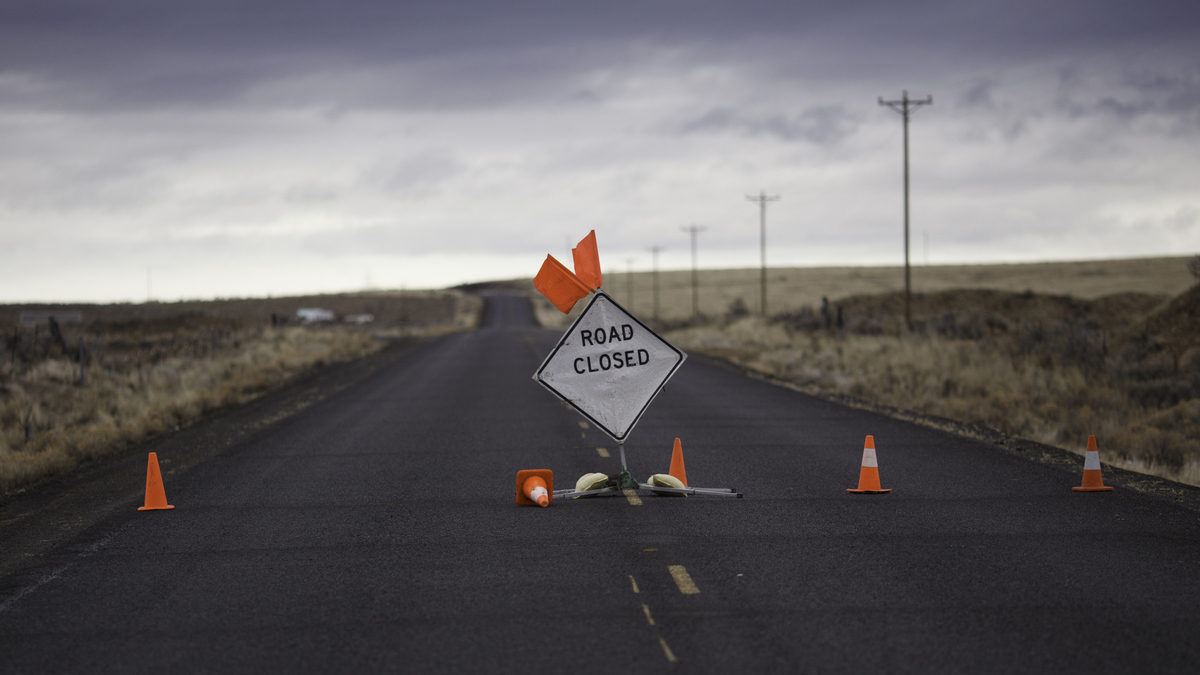 A sign is placed on a closed road to the Malheur National Wildlife Refuge near Burns, Ore., on Jan. 29, during the armed occupation of the refuge.

The armed occupation of Oregon's Malheur National Wildlife Refuge lasted for 41 days. The conspiracy trial for the first defendants in the case — which begins today, with the start of jury selection — could drag on far longer.

Back in May, U.S. District Judge Anna Brown raised the question of how the court should handle breaks for Thanksgiving and Christmas, if necessary.

You might remember that the Malheur occupation began in January, born of a protest against the arson convictions of two ranchers and fueled by opposition to federal land ownership and management.

More than two-dozen people were indicted on conspiracy charges in connection with the case. Many have pleaded guilty, while several others are set to go on trial in February. Charges against one man — Peter Santilli, who broadcast live from the occupation — were dropped on Tuesday.

The first trial begins today, against seven defendants — including leader Ammon Bundy and the last occupier to leave, David Fry, whose tense final hours at the refuge were live-streamed online.

As Conrad Wilson of Oregon Public Broadcasting reports, the government is accusing the occupiers of using force, intimidation and threats to impede federal employees from doing their jobs.

"Prosecutors also charged some of the defendants with using firearms in a federal facility and theft of government property," Wilson reports.

"In most cases, a) there's some dispute over what actually happened, b) there might be at least some question as to sort of the legality of things that were done, and c) the defendant's goal is to be acquitted or to minimize the charges or to minimize sentencing," Sali says. "Here, most of those things are absent."

The defendants say they were exercising their First and Second Amendment rights, The Associated Press reports, and that they didn't impede any workers from performing their duties.

If you want more details on the defense strategy, Wilson and his colleagues at OPB have a new podcast on the case and have dedicated an entire episode to that question. And, of course, you can follow that podcast, This Land Is Our Land, to keep up with developments as the trial moves forward.

Separately, several of the defendants in Oregon are also facing charges in Nevada, related to the 2014 standoff between rancher Cliven Bundy — Ammon's father — and the Bureau of Land Management, Wilson notes.

That trial is scheduled to begin in February.