Accessibility links
North Korea Conducts Nuclear Test Again, South Korea Says : The Two-Way South Korea's Joint Chiefs of Staff estimates the yield was 10 kilotons, which is almost twice that of a January test and would be the country's largest blast yet. 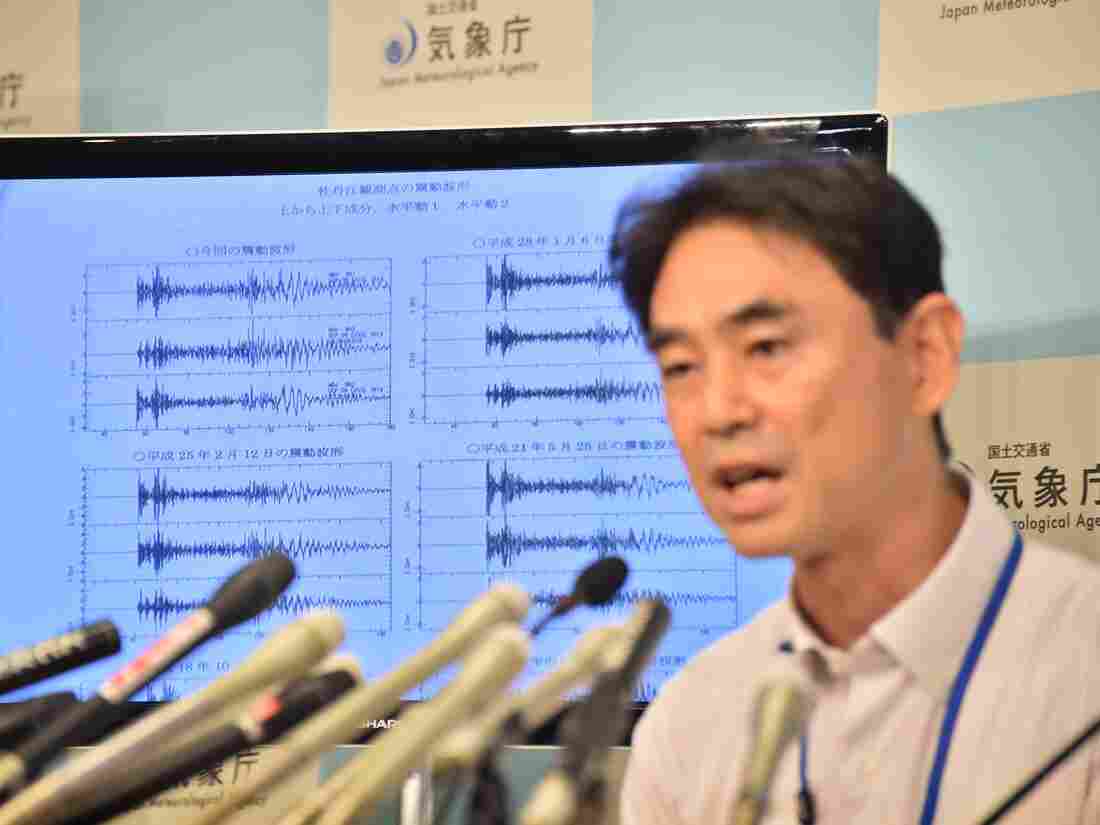 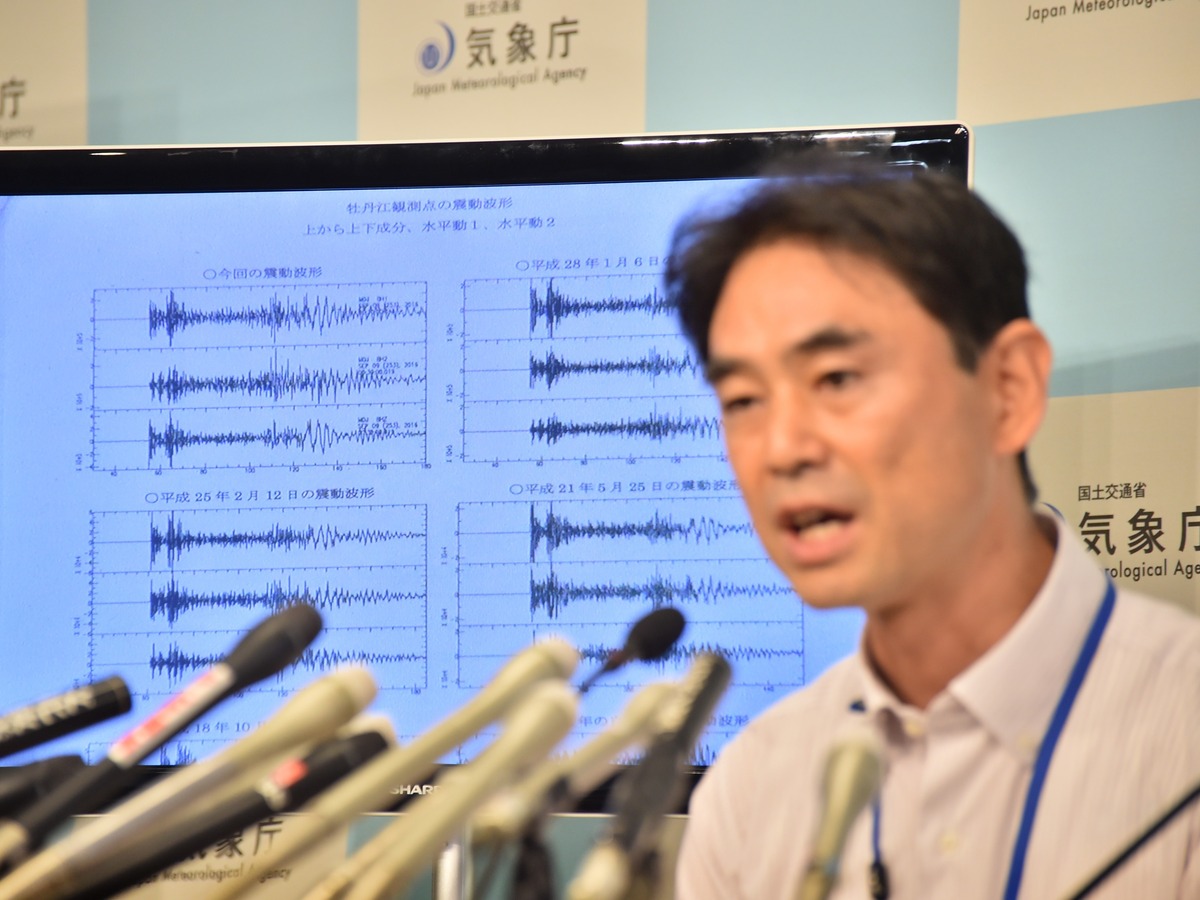 North Korea confirmed it has conducted its fifth test of a nuclear weapon, the second this year. The test occurred Friday morning local time and triggered a magnitude 5.3 seismic event.

The North's state TV said the test "examined and confirmed" the design of a nuclear warhead intended for placement on a ballistic missile. It said there was no leakage of radioactivity. China's Ministry of Environmental Protection said radiation levels in its border region with North Korea were normal.

South Korea's Joint Chiefs of Staff estimates the yield was 10 kilotons, which is almost twice that of the January test and would be the country's largest blast yet. But analyses of yield in North Korea are notoriously difficult, given the country's mountainous terrain. South Korea says further analysis will continue.

This test follows the January detonation of a device the North claimed was a hydrogen bomb, which led to wide condemnation and tougher international sanctions. Pyongyang previously tested at Punggye-ri in 2006, 2009 and 2013.

North Korea is the only nation to conduct any nuclear tests in this century. Friday's test falls on a North Korean holiday: the 68th anniversary of North Korea's founding as a state.

The move comes against numerous calls from North Korea's allies and antagonists to refrain from more "provocative acts" following January's test and a February rocket launch.

In March, the United Nations Security Council passed Resolution 2270, which the U.S. calls the toughest package of sanctions on the North in two decades. China, a longtime ally of Pyongyang, signed on, signaling it too was weary of the North's threats to the security of the Northeast Asia region. Six months after those sanctions, North Korea is only increasing its missile launches and test frequency.

If the provocation-condemnation cycle seems like a Groundhog Day situation, it is. President Barack Obama acknowledged as much Thursday in a press conference before heading home from a trip to Laos, saying "when it comes to changing Pyongyang's behavior, it's tough."

"We will continue to put some of the toughest pressure North Korea has ever been under as a consequence of this behavior," Obama said. "Can I guarantee that it works? No. But it's the best option that we have available to us right now and we will continue to explore with all parties involved — including China — the means by which we can bring about a change in behavior."

Early Friday, a statement from White House Press Secretary Josh Earnest said the president had been briefed on the nuclear test, and that Obama "indicated he would continue to consult our allies and partners in the days ahead to ensure provocative actions from North Korea are met with serious consequences."

With the latest test, talk of heightening and expanding the current sanctions surely will begin. But numerous rounds of sanctions so far only have seemed to strengthen Kim Jong Un's resolve to show off his military might. Alongside the nuclear test, the North Korean military has sent a number of projectiles and missiles into the sea since March and kept up its anti-American and anti-South Korean rhetoric.

Some Korean observers say that because Kim Jong Un's regime seeks to derive its legitimacy by being a full-fledged nuclear state, no amount of financial squeeze will stop him.

"It's pretty incredible that we've come this far since the first nuclear crisis back in 1994," says Hahm Chaibong, head of the Asan Institute for Policy Studies, a Seoul-based independent think tank. "Things just got worse and much worse, and we don't seem to see a way to reverse that trend."

Beyond crippling North Korea financially, other options include diplomatic ostracism: Katharine Moon, Brookings Institution's SK-Korea Foundation Chair, has floated throwing North Korea out of the United Nations altogether, and written that nations with diplomatic ties with Pyongyang ought to pull their ambassadors. Asan Institute's Hahm says the "politically incorrect" option is all-out regime change, an option few are openly talking about just yet.