Accessibility links
Tray Tables Stowed, Seat Backs Upright — And Galaxy Note 7s Off, Please : The Two-Way The Federal Aviation Administration is warning owners of the Galaxy Note 7 smartphone not to turn their phones on or charge them during flights — and not to put the devices in checked bags, either. 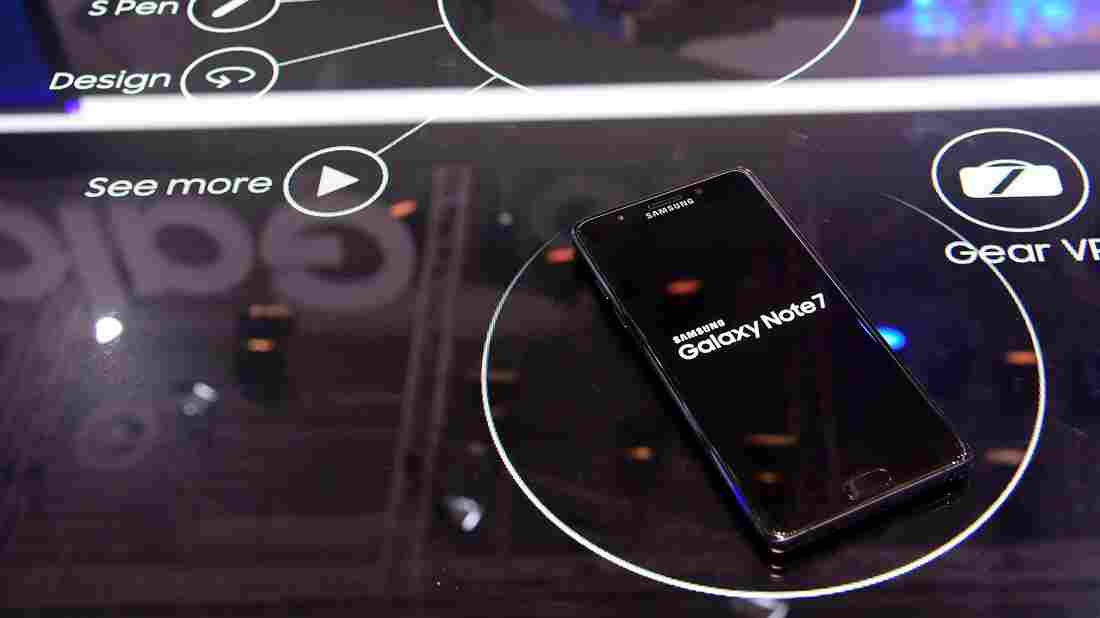 A Galaxy Note 7 smartphone is on display at the IFA electronics trade fair in Berlin on Sept. 2. Tobias Schwarz/AFP/Getty Images hide caption 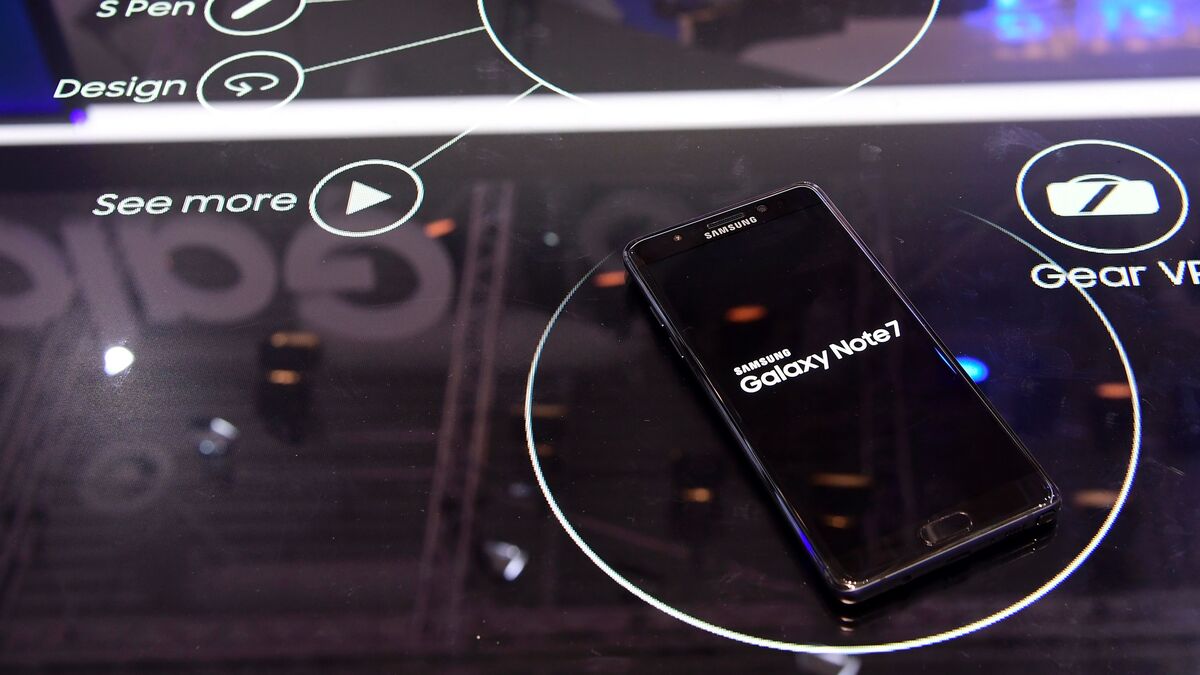 A Galaxy Note 7 smartphone is on display at the IFA electronics trade fair in Berlin on Sept. 2.

The Federal Aviation Administration is warning U.S. travelers not to charge or use their Galaxy Note 7 smartphones during flight — and not to put them in checked baggage, either.

The smartphones have been recalled by Samsung after some phones caught fire or exploded. The phonemaker says the problem has been traced to a flaw in the lithium battery.

As we reported last week, "Samsung is offering to replace all 1 million devices already in the hands of consumers in 10 countries, and it's recalling the shipments of the Galaxy Note 7 that have already gone out."

Now the FAA says anyone waiting for their replacement should take precautions on planes.

In light of the reported explosions and fires with the Note 7, "the Federal Aviation Administration strongly advises passengers not to turn on or charge these devices on board aircraft and not to stow them in any checked baggage," the agency said in a brief statement.

The Associated Press describes the move as an "extraordinary step."

"It is extremely unusual for the FAA to warn passengers about a specific product," the wire service notes.

Passengers on flights used to be asked to turn off electronic devices before takeoff, but for several years now, the FAA has recommended that devices be allowed to remain on as long as they are in "airplane mode" and cellular service is disabled.

The AP offers more background on the battery problem behind the recall and FAA warning:

"Rechargeable lithium batteries are more susceptible to overheating than other types of batteries if they are exposed to high temperatures, are damaged or have manufacturing flaws. Once the overheating starts, it can lead to "thermal runaway" in which temperatures continue escalating to very high levels. Water can extinguish the flames, but doesn't always halt the thermal runaway. Flames will often reappear after initially being quenched.

"Lithium batteries are ubiquitous in consumer electronic devices. Manufacturers like them because they weigh less and pack considerably more energy into the same space than other types of batteries."