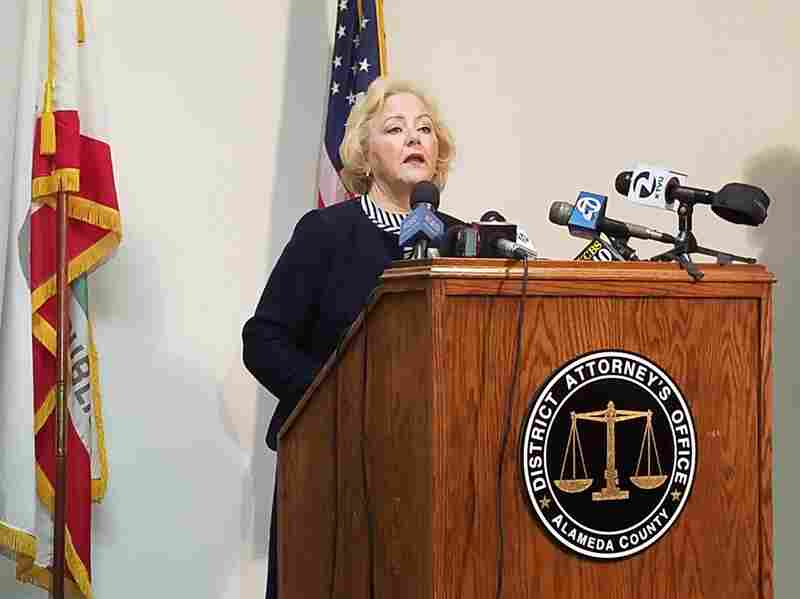 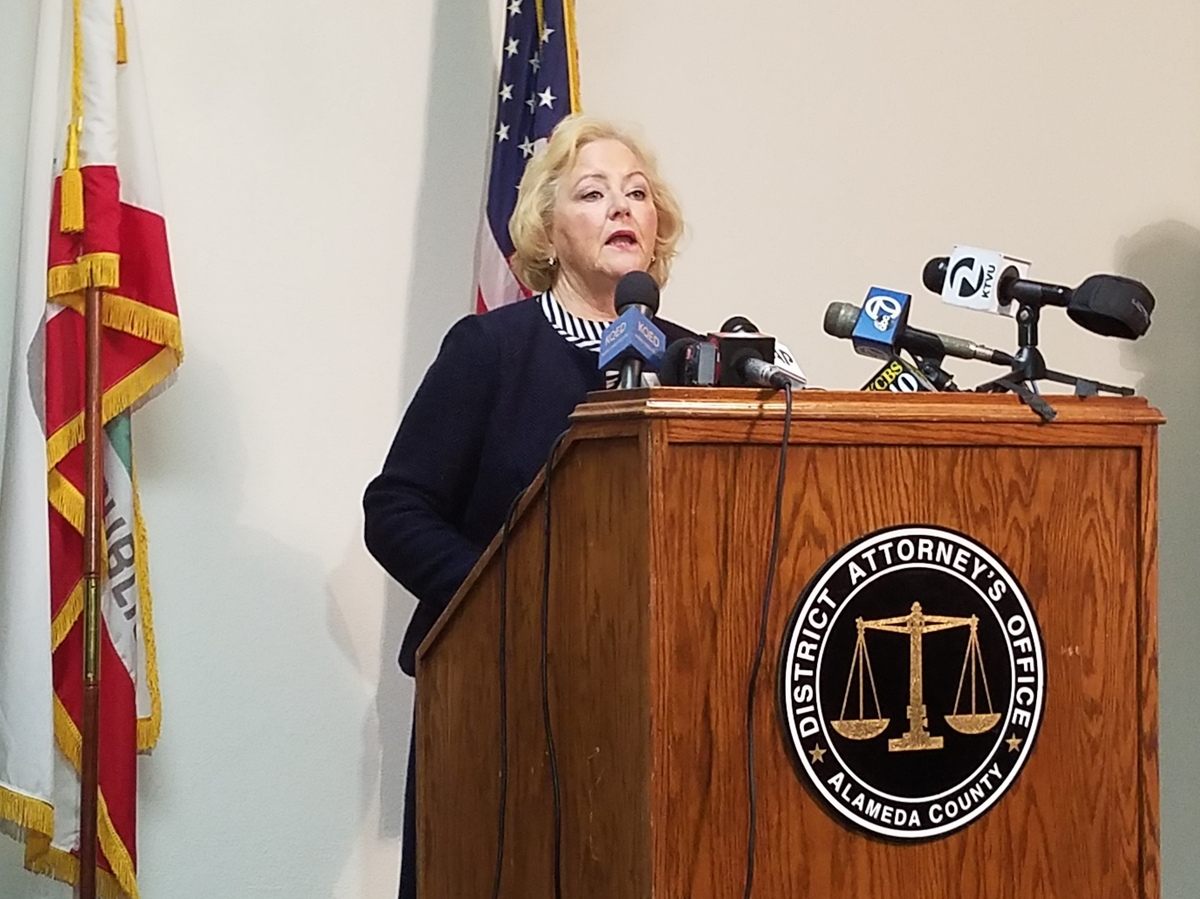 Five of the officers are past or current members of the Oakland Police Department. One is a former officer in nearby Livermore, Calif., and the other is a former sheriff's deputy in adjacent Contra Costa County.

The charges range from oral copulation with a minor, engaging in acts of prostitution, obstruction of justice, failure to report sexual misconduct involving a minor, and unauthorized access to a criminal justice computer system.

The charges come after what District Attorney Nancy O'Malley says was an exhaustive investigation of a scandal precipitated by the suicide of Oakland officer Brendan O'Brien a year ago. He reportedly said in a note he left that he and other officers had sexual contact with the victim, now 19 years old, officially referred to as "Ms. A."

"We left no stone unturned, " said O'Malley. She acknowledged that she was only acting against law enforcement officers within her jurisdiction. In July, the 19-year-old woman told the San Francisco Chronicle that she had had sexual relations with 29 officers from various police agencies in the past two years. The other agencies include the Alameda County Sheriff's Office, the police departments of San Francisco and Richmond, and the U.S. military's Defense Logistics Agency.

Earlier this week, Oakland Mayor Libby Schaaf announced the city will seek to fire four police officers involved in the scandal and suspend seven others without pay. (She did not name them, so it is not known whether any of them are the same ones charged by O'Malley.)

The controversy has done nothing to help the Oakland Police Department get out from under 13 years of federal court oversight following a police brutality scandal. And Schaaf has made no effort to contain her disgust with recent events.

Police brass reportedly knew about the sexual exploitation scandal for months, but failed to inform a federal monitor, leading to the resignation of former Chief Sean Whent, who was otherwise praised as a reformer. In June, Oakland went through three interim police chiefs in two weeks.

As for the victim, she has told various news agencies that she had been trafficked since the age of 14. She is currently in a rehabilitation facility in Florida, where she was sent with the assistance of Richmond officials, who say the move was voluntary. She had previously said that she had had sexual relations with at least five Richmond officers.