Accessibility links
Factory Fire In Bangladesh Kills At Least 21 : The Two-Way Officials believe a boiler explosion set off the rapid blaze during a shift change at a packaging factory near the Bangladeshi capital. They fear that some missing workers are trapped in the building. 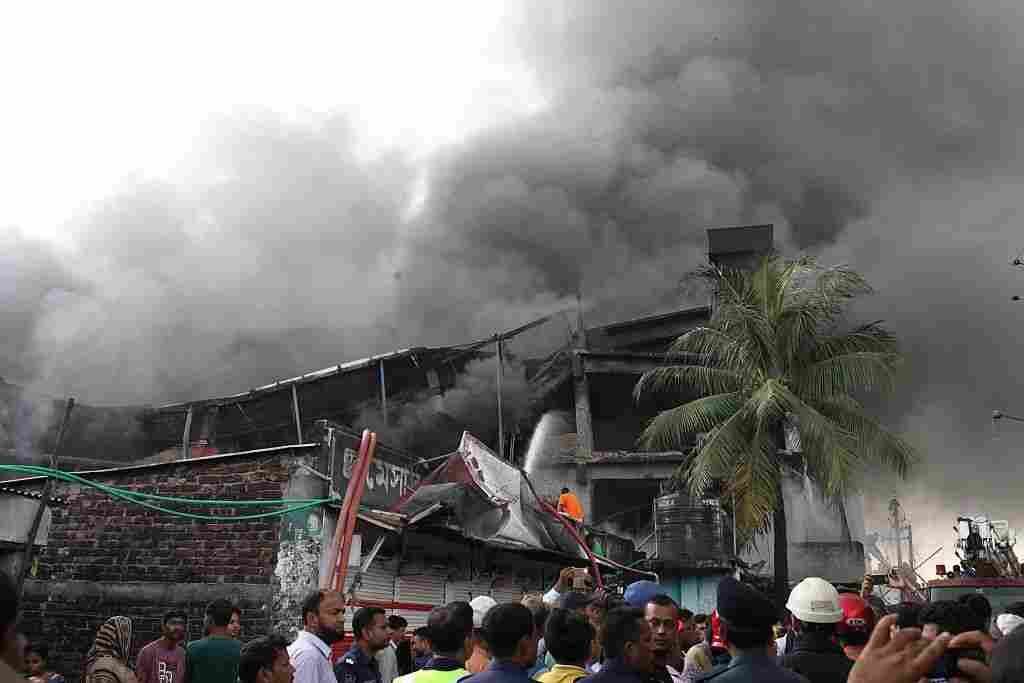 Firefighters try to extinguish the fire at a packaging factory in the industrial zone of Tongi on Saturday. Anadolu Agency/Getty Images hide caption 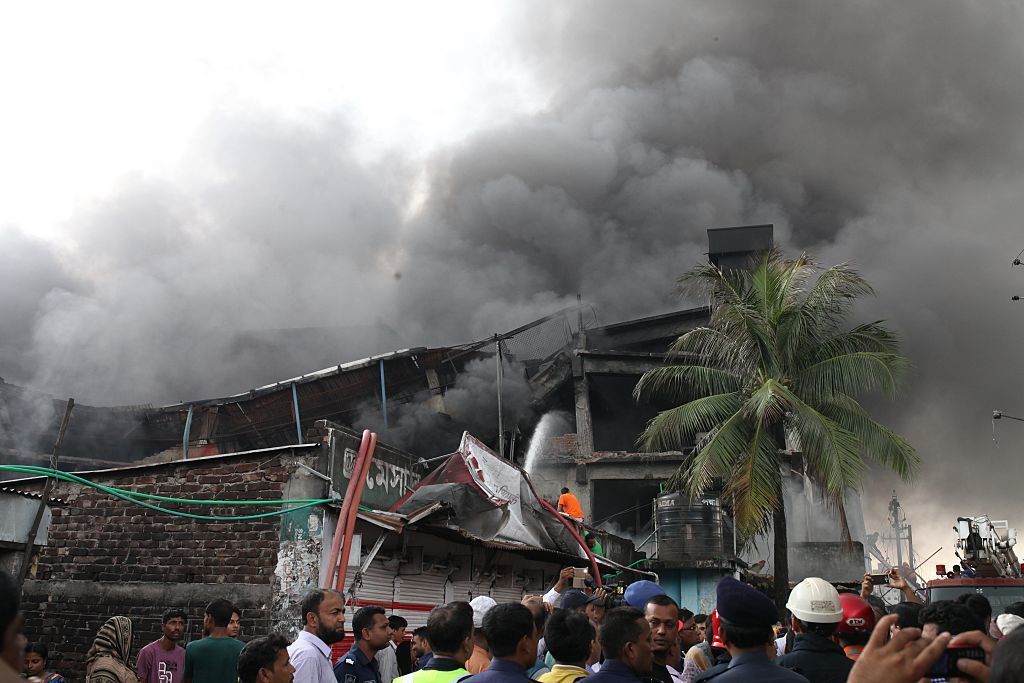 Firefighters try to extinguish the fire at a packaging factory in the industrial zone of Tongi on Saturday.

A fire erupted at a packaging factory in Bangladesh early Saturday, killing at least 21 people.

Dozens more were injured in the blaze in the industrial area of Tongi, located about 8 miles north of the capital Dhaka. While The Associated Press reports 21 people have died, The Dhaka Tribune put the death toll as high as 24, saying that firefighters also fear that 10 to 15 others may still be trapped inside the burning factory.

Officials told Reuters that the the fire was likely caused by a boiler explosion, which happened during an early-morning shift change. The wire service added that about 100 people were believed to be inside the factory at the time.

Chemical storage may be to blame for fire's rapid speed, Tahmidul Islam of the industrial police unit told Agence France-Presse. "What we have heard is that there were chemicals stored on the ground floor. As a result, the fire took no time to spread," he said. 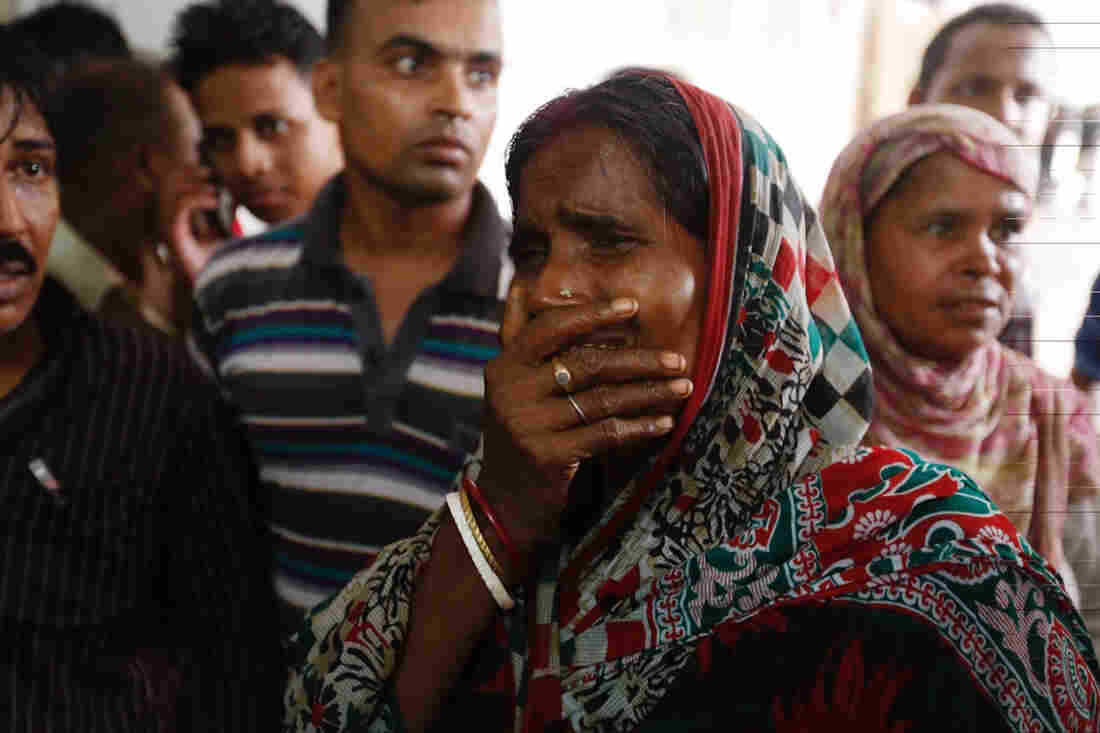 A relative of a victim cries as bodies are carried into a makeshift morgue at a hospital after a fire broke out Saturday at a packaging factory in Tongi industy area outside Dhaka, Bangladesh. A.M. Ahad/AP hide caption 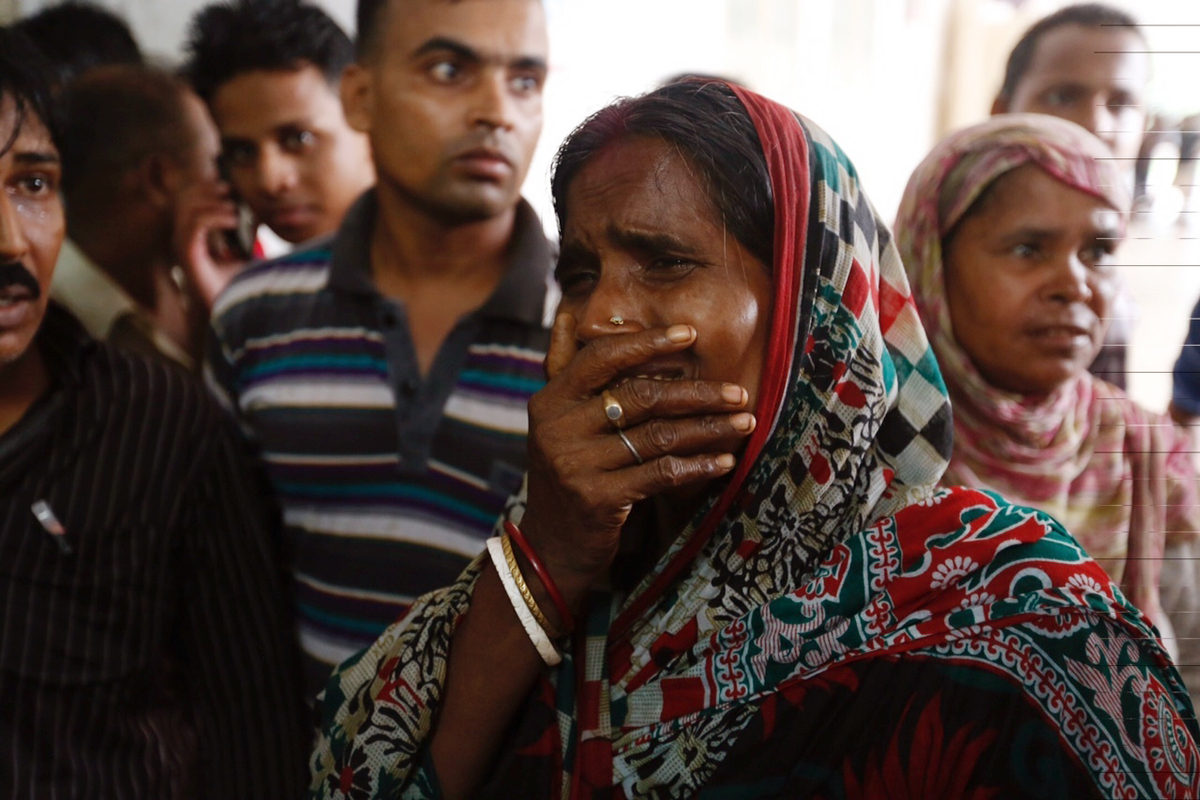 A relative of a victim cries as bodies are carried into a makeshift morgue at a hospital after a fire broke out Saturday at a packaging factory in Tongi industy area outside Dhaka, Bangladesh.

This was the last work day at the factory before the start of the Muslim festival Eid al-Adha, which is set to begin on Tuesday in Bangladesh. As the Dhaka Tribune noted, "the accident has marred the joyous occasion for families of the victims," such as Rafikul Islam:

"Atikul Islam said he could not reach his brother Rafikul Islam over phone after the accident and went to the Tongi hospital.

"'I saw my brother's body lying there. He was supposed to go to our village in Mymensingh to celebrate Eid. Now, I have to take his body home,' he said before breaking down in tears."

Some are still searching for their relatives, like Wridoy Barua. He told the BBC that his brother was missing. "I haven't heard from him since this morning. There is no news of him," he said.

The company, Tampaco Foils Ltd., lists Nabisco and local affiliates of British American Tobacco and Nestle as clients on its website.

Bangladesh has seen numerous industrial accidents in recent years, including a building collapse in 2013 that killed more than 1,100 people and injured 2,000 others. "Survivors say workers were forced to go inside the building, even though a visible crack was forming," as NPR's Jim Zarroli reported earlier this year.

The Rana Plaza disaster led to international calls to improve factory safety in the country. Still, "there is much work left to do," Jim added. 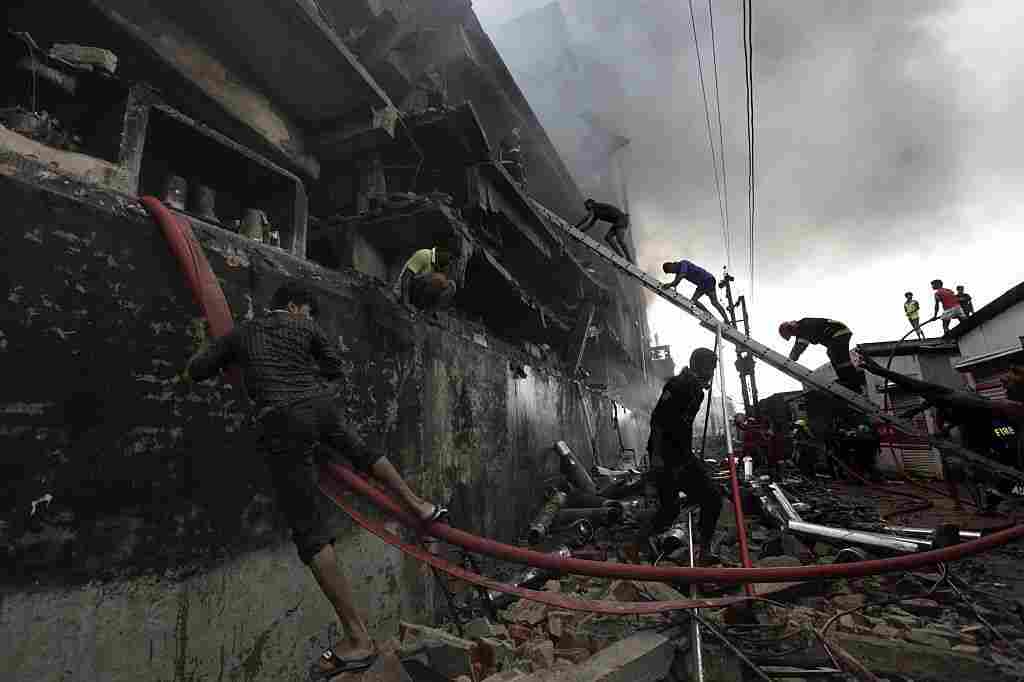 Bangladeshi firefighters and volunteers work to put out a fire and search for survivors at the site of an explosion in a factory in Tongi. AFP/Getty Images hide caption