Accessibility links
Court Blocks Proof-Of-Citizenship Requirement For Voters In 3 States : The Two-Way Alabama, Georgia and Kansas will not be allowed to require proof of citizenship on a federal mail voter registration form. Only Kansas has been actively enforcing the controversial rule. 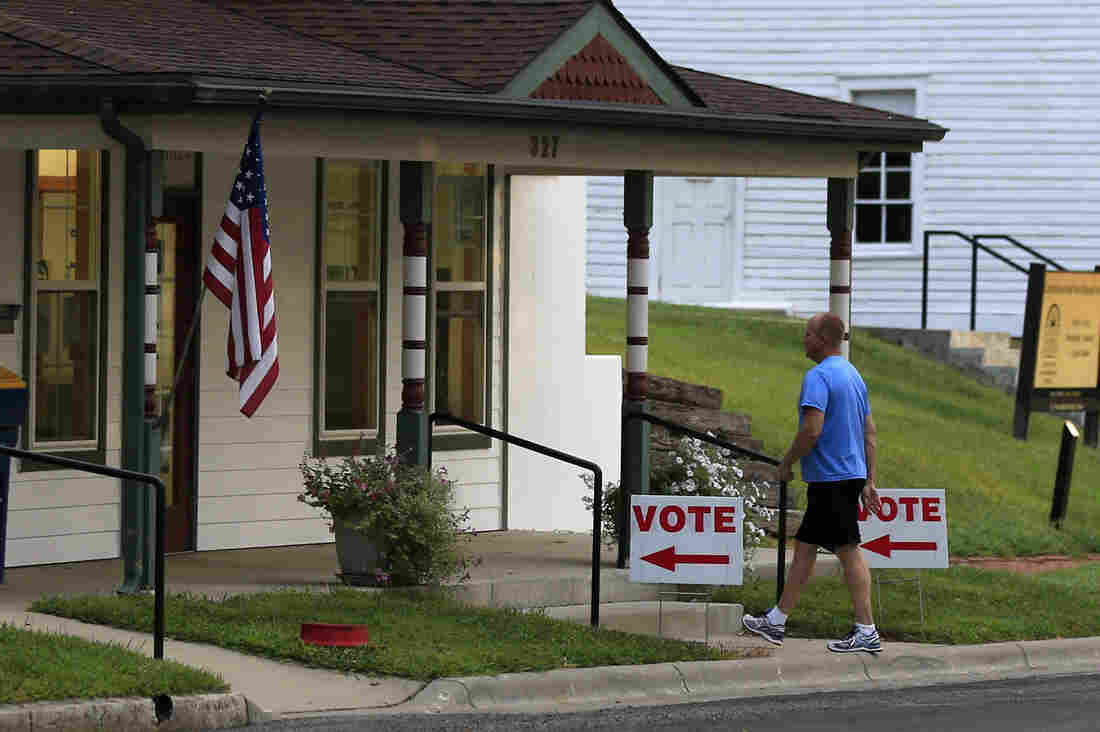 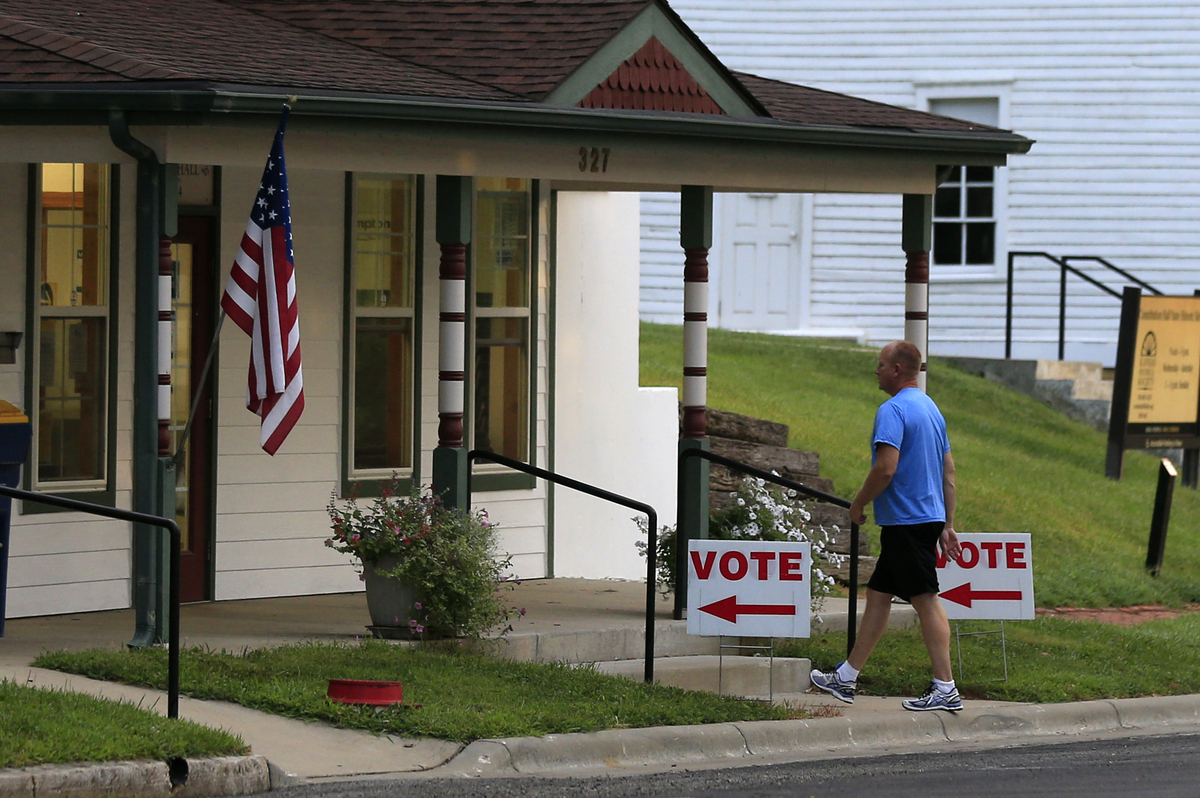 A federal appeals court has blocked a proof-of-citizenship requirement on a federal mail voter registration form in Kansas, Alabama and Georgia.

Newby approved the three states' request for the proof-of-citizenship requirement in January, which meant that voters registering had to show documentation such as a birth certificate or a passport.

"This action has illegally kept voters from the polls, caused confusion, and threatened the lawful voter registration efforts of the League and other groups," the League said in a statement. Its president, Chris Carson, said the requirement had amounted to "thinly veiled discrimination." Carson praised the ruling blocking it and said that "we should be making voting easier, not harder. All eligible Americans deserve the opportunity to register and vote without obstacles."

In Kansas, the requirement disproportionately impacted people under 30, the elderly, and those living in urban areas, as The Wichita Eagle's Brian Lowry told Weekend Edition Sunday last month.

As NPR's Pam Fessler explained, in other states "the federal form, which can be used throughout the United States as an alternative to local voter registration forms, requires individuals to swear that they are citizens. It does not require a birth certificate or other document as proof."

This dispute is distinct from the many other voter ID fights playing out across the country, as Pam reported back in February. "Unlike most voter ID conflicts — which involve showing identification at the polls — this comes earlier in the process, when residents are first registering to vote," Pam said.

Friday's ruling, which was handed down by the U.S. Court of Appeals for the District of Columbia, grants the preliminary injunction after a district court denied the motion. The ruling states that the case had a "likelihood of success on merits" and that the League had shown the requirement caused "irreparable harm." Now, the case will go back to the district court.

Kansas is the only state of the three that has actually been enforcing the proof-of-citizenship requirement, according to the AP.

And as Pam reported, Newby (who is from Kansas) weighed in on the requirement after a major battle was already playing out in the state. Kansas Secretary of State Kris Kobach led the push for citizenship requirement, and it is "being challenged in several lawsuits at both the state and federal level," according to The Wichita Eagle.

The Future Of Kansas Voter Laws

In January a state judge "ruled that Kansas Secretary of State Kris Kobach could not enforce the proof-of-citizenship requirement for those who use the federal form." It was then that Newby accepted the change in instructions for the form.

Additionally, a federal judge ruled in May that "some 18,000 people who registered at the state's motor vehicle offices and did not provide such documents should be allowed to vote in federal elections on Nov. 8," as Pam reported.