Accessibility links
Sandra Bland's Family Reaches $1.9 Million Settlement, Lawyer Says : The Two-Way A lawyer for the family of Sandra Bland, who was found dead in a Texas jail cell last year, says the deal includes changes to jail procedures. However, Texas officials said any deal was not yet final. 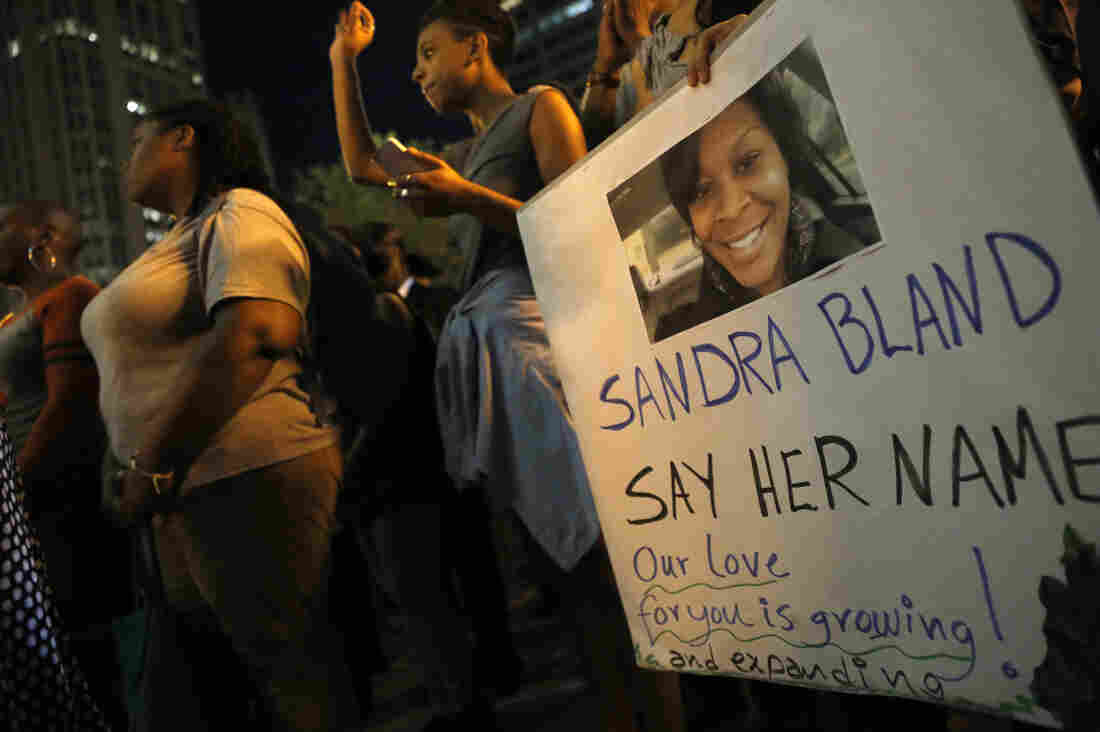 A demonstrator holds a Sandra Bland sign during a vigil in July 2015 in Chicago. Christian K. Lee/AP hide caption 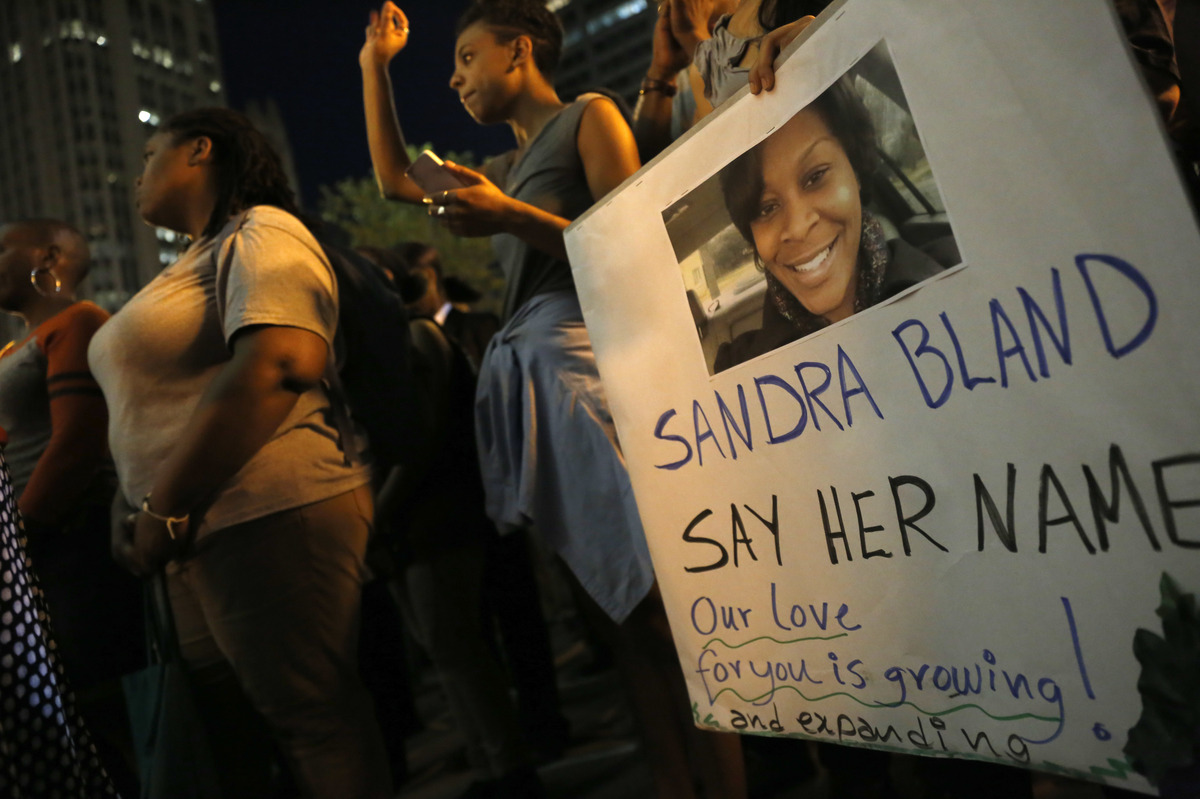 A demonstrator holds a Sandra Bland sign during a vigil in July 2015 in Chicago.

The family of Sandra Bland, who was found dead in a Texas jail cell in July 2015, has reached a $1.9 million settlement in a wrongful-death lawsuit, according to one of the family's lawyers.

Waller County will pay $1.8 million and the Texas Department of Public Safety will pay $100,000, attorney Tom Rhodes tells The Two-Way. He says the settlement also includes changes to procedures at the Waller County jail and de-escalation training for state troopers.

However, Waller County said terms of the deal aren't yet final. And in an email to NPR, the Department of Public Safety said it "has not settled litigation regarding Sandra Bland, and is not a party to any agreements between the plaintiffs and Waller County defendants."

Bland, a 28-year-old black woman, was taken into custody during a traffic stop in Prairie View, Texas. She was initially pulled over by state Trooper Brian Encinia for failing to signal a lane change.

The July 10, 2015, exchange caught on dashcam video became heated, according to court documents, which allege that Encinia "threatened Bland with bodily injury by pointing the Taser at her and saying words to the effect of 'I'll light you up.' " He then took her into custody. She was found dead three days later, and officials ruled that the cause of death was suicide by hanging.

Her family disputes that she committed suicide, and the case has prompted national debate and protests. As The Two-Way has reported, Bland's mother, Geneva Reed-Veal, told reporters that "the bottom line is: She never should have been inside of the jail, period."

Reed-Veal filed the federal wrongful-death lawsuit in August 2015. It names the state trooper who arrested Bland, two guards at the jail, Waller County and the Texas Department of Public Safety.

As part of the settlement, Rhodes says, the Texas Department of Public Safety will institute the de-escalation training "for all current and future state troopers as it relates to roadside stops."

And he says Waller County agreed to carry out the following policy changes:

Additionally, the parties have agreed to cooperate "to advance legislation requiring all rural jails in Texas to have these changes made," which would need to be passed by the legislature, Rhodes says. And "any legislation that's drafted would be drafted in Sandra Bland's name."

"This has never been about the money for the family, they wanted changes made" Rhodes says. "The settlement was an opportunity for the family to make changes that we think are really important and are going to save lives in the future so this won't happen again."

As we've reported, "no one has been indicted on criminal charges of Bland's death or for her arrest itself. But Encinia was indicted for allegedly lying about the arrest." Encinia, who was fired from his job by the Texas Department of Public Safety, pleaded not guilty to a misdemeanor charge of perjury in March.