Accessibility links
Deal Is Reached On Arizona's Hardline Immigration Law, After 6-Year Fight : The Two-Way Often called the "show me your papers" law, Arizona's SB1070 sparked protests, boycotts, and lawsuits after it was signed into law in 2010. 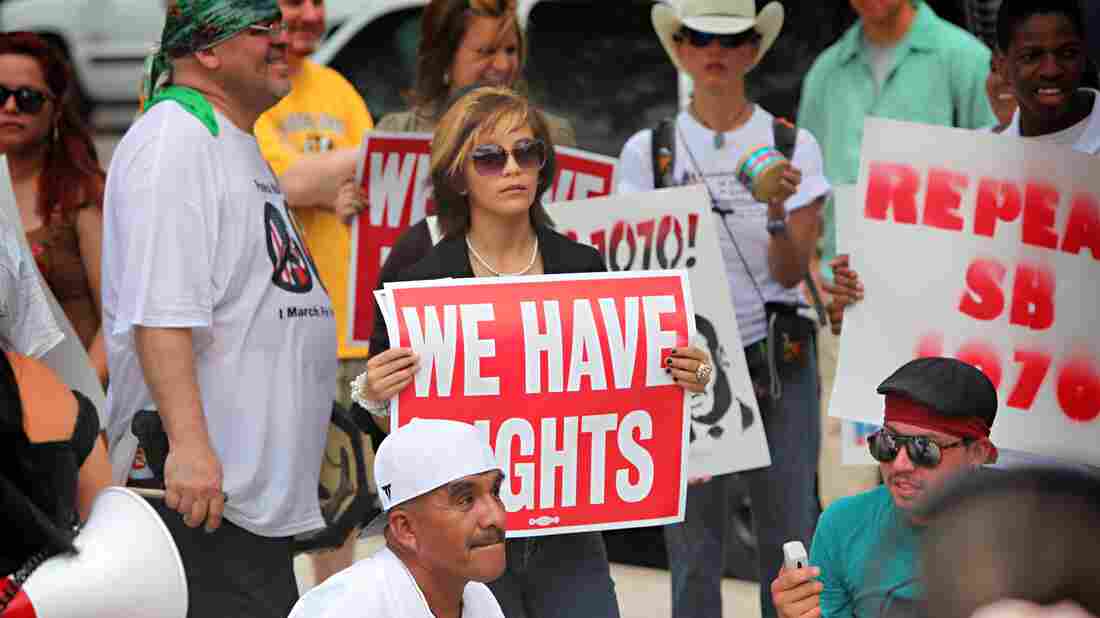 Opponents of Arizona's immigration law SB 1070 gather outside federal court in July 2010 in Phoenix ahead of a hearing on a challenge to the legislation. Matt York/AP hide caption 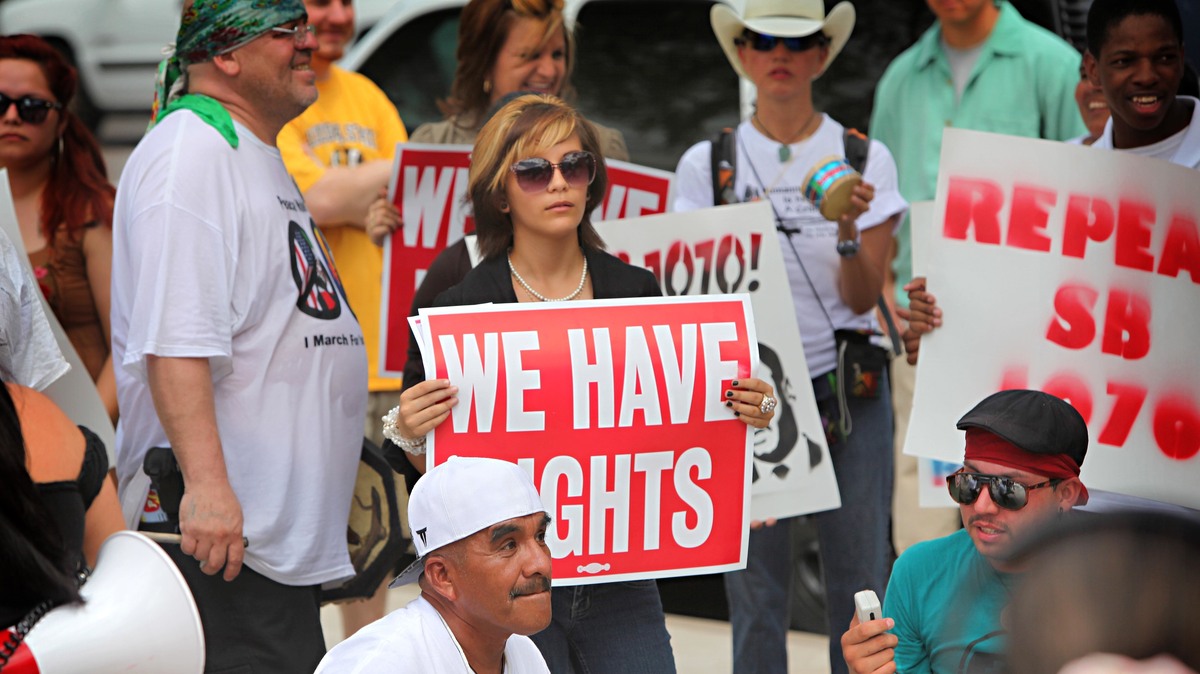 Opponents of Arizona's immigration law SB 1070 gather outside federal court in July 2010 in Phoenix ahead of a hearing on a challenge to the legislation.

Arizona's attorney general will issue new guidance about the state's immigration enforcement law, as part of an agreement with a coalition of immigrant rights groups that in return will drop their legal challenges to the controversial Senate Bill 1070 that took effect in 2010.

Several key provisions of the law were thrown out back in 2012, when the U.S. Supreme Court rejected three elements of SB 1070.

"But up until Thursday," as Jude Joffe-Block of member station KJZZ in Phoenix reports, "immigrant rights groups continued to challenge the last key provision still standing. It requires police officers to check immigration status if they suspect someone is in the country illegally. Now Arizona's attorney general will issue new guidance on how it can be enforced."

The new agreement will need the approval of a federal judge before the court cases are formally closed.

Often called the "show me your papers" law, SB 1070 sparked protests, boycotts and lawsuits with its provisions that authorize law enforcement officers to make arrests without a warrant if they have probable cause to believe someone is in the U.S. illegally, and to detain "anyone stopped or arrested for any reason, no matter how minor, until the immigration status of that person is determined," as NPR's Nina Totenberg reported in 2012.

After the new deal was reached, KJZZ's Joffe-Block quoted immigrant rights attorney Victor Viramontes as saying, "For the first time, local law enforcement in Arizona has been directed they cannot make immigration arrests and they cannot extend arrests based on suspicions about immigration."

The Arizona law quickly became a model for other states where lawmakers saw it as a way to take on the federal government's approach to immigration.

But the law's origins went beyond those who were concerned with immigration as a political issue: As NPR's Laura Sullivan reported in 2010, model legislation that became the Arizona bill first emerged in Washington, D.C., after Arizona state Sen. Russell Pearce presented his ideas at a meeting of the American Legislative Exchange Council, a group whose members include the largest private prison company in the U.S.