Accessibility links
Putin's United Russia Party Wins Big In Election; Some Ballot-Stuffing Seen : The Two-Way At least one incident of ballot-stuffing was caught on camera, but Sunday's vote brought a big win for President Vladimir Putin's United Russia party and its allies. 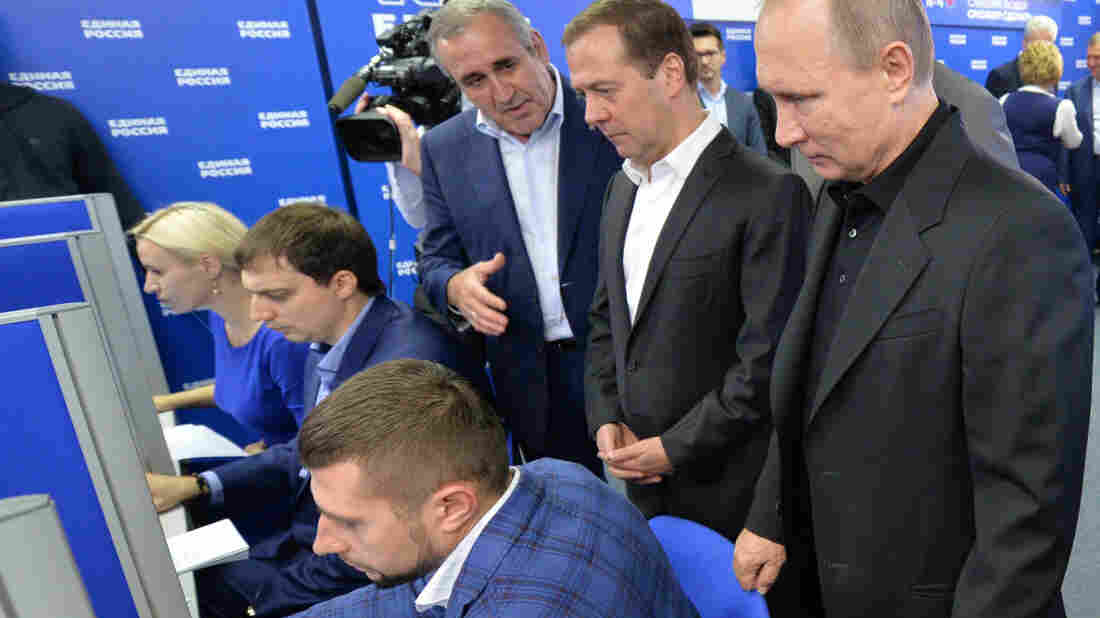 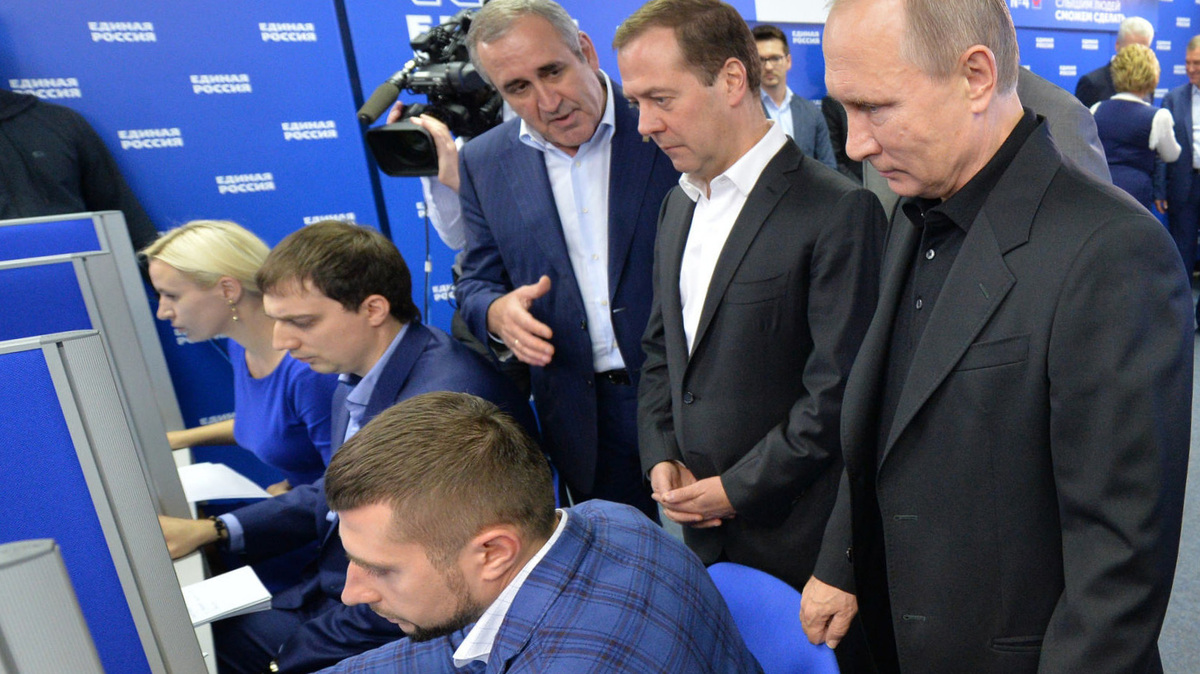 Russia's parliamentary elections brought a landslide win for President Vladimir Putin's United Russia and its allies, in a vote that gives Putin a free hand in the country he first led in 2000. At least one incident of ballot-stuffing was caught on camera; officials say results from that station won't be counted.

"Amid low voter turnout, Putin's United Russia party carried over 53 percent of the vote, but single candidate districts means United will have a supermajority," Charles Maynes reports from Moscow, for our Newscast unit. "Not that they need it: The three other parties elected on Sunday support the president as well. Opposition parties attracted minimal support."

With the results near final, the Central Election Commission said that United Russia will receive a total of 343 mandates (76.22 percent of the seats in parliament), reports state-run TASS news agency.

The results from several ballot stations may be thrown out, CEC leader Ella Pamfilova said Monday, after surveillance video showed voting irregularities — including at least one case in which an election worker is seen taking a small stack of ballots and jamming them into the box.

"An investigation is underway," Pamfilova said of that incident.

The elections come more than a year after key opposition figure Boris Nemtsov was murdered; he was gunned down in February of 2015. During this campaign, Nemstov ally Mikhail Kasyanov, who leads the PARNAS opposition party, was undermined by a lurid, secretly filmed video that showed him sharing a bed — and thoughts about Russian politics — with a female associate.

Opposition parties also had trouble online: This past spring, the Democratic Coalition, an umbrella group that included PARNAS, saw its website hacked and personal data of thousands of opposition voters was revealed online, as The Moscow Times reported.