Accessibility links
Syrian Military Declares End To Cease-Fire; Aid Convoy Comes Under Attack : The Two-Way The Syrian military accused rebels of violating the seven-day cease-fire and declared the truce over. Trucks carrying food and medicine to an area west of Aleppo were attacked from the air. 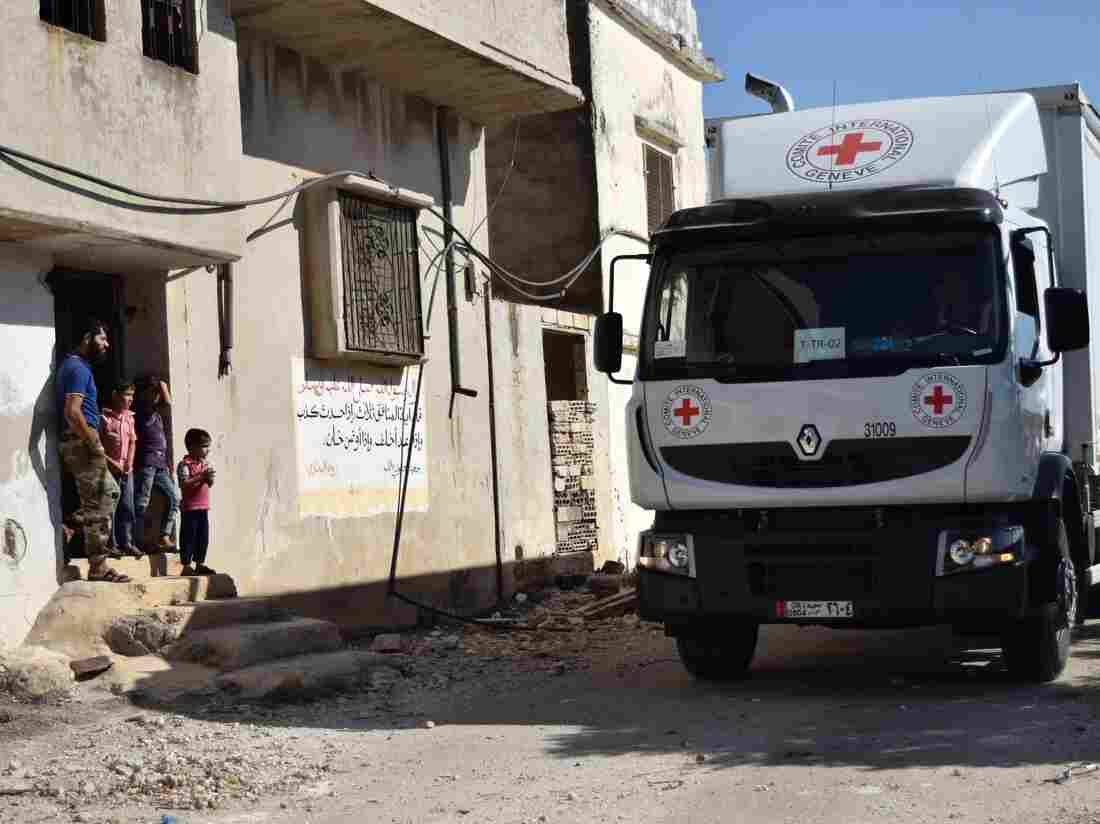 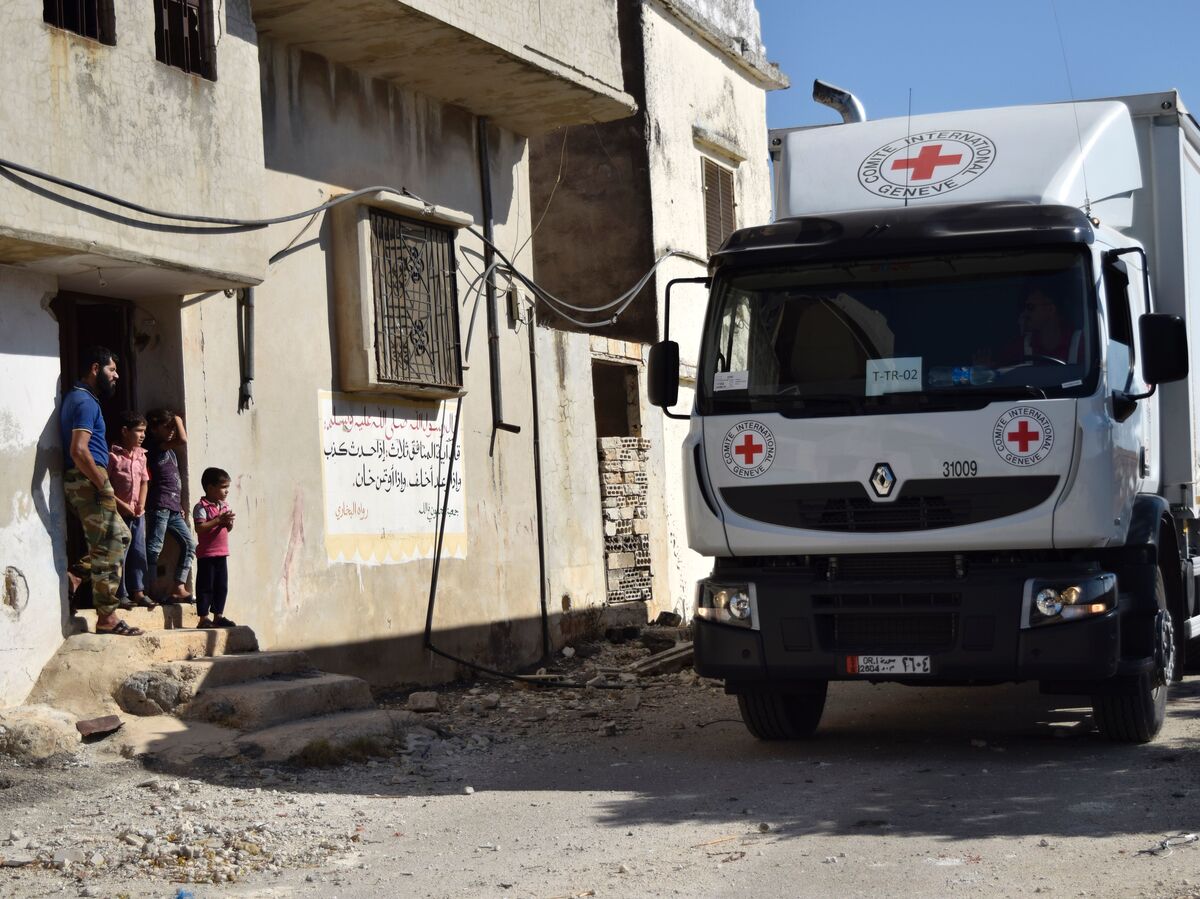 A Red Cross vehicle carrying aid arrives in the rebel-held town of Talbiseh, Syria, on Monday.

The Syrian military announced Monday it is no longer observing a cease-fire brokered by the U.S. and Russia to allow food and medicine into besieged areas.

Seven days after the agreement was reached by Russia, which backs Syrian President Bashar Assad, and the U.S., which backs anti-Assad rebels, the regime blamed the truce's collapse on the rebels, and unilaterally declared that the cease-fire is over.

NPR's Alice Fordham reports this about the cease-fire:

"There was an initial lull in violence, but very little aid moved and by the end of the week both sides were fighting again. If the cease-fire and aid movement had been successful, the U.S. and Russia had planned to work together against extremists in Syria. There was even talk of peace talks restarting. None of those things seem assured now."

An airstrike by the U.S.-led coalition, which involves fighter jets from several countries, killed dozens of Syrian soldiers on Saturday and further undermined an already-eroded cease-fire. Assad appeared on state-run media in Syria to condemn the attack, which the U.S. apologized for and said was an accident.

As the cease-fire crumbled Monday, the watchdog Syrian Observatory for Human Rights reported airstrikes and clashes on the ground near Homs and Aleppo, killing at least one woman and leaving multiple people injured.

Alice reports an aid convoy traveling with the permission of the Syrian government was attacked from the air on its way to a rebel-controlled area west of Aleppo city in the morning, and several trucks were destroyed. Activists say the regime or its allies are to blame.

U.N. Special Envoy to Syria Staffan de Mistura said he was outraged that the aid vehicles would come under attack after days of waiting for official government permission to move.

Another 20 U.N. trucks carrying enough flour and other food for 185,000 people are still stopped at the Turkey-Syria border, waiting for entry permits from the Assad government, according to a statement by U.N. Emergency Relief Coordinator Stephen O'Brien.

The U.N. estimates that up to 275,000 people are trapped without adequate food, water, shelter or medical care in rebel-controlled eastern Aleppo, which has been under siege since July.

The International Committee of the Red Cross says a convoy of its trucks carrying food for 84,000 people did make it to Talbiseh, near the city of Homs, today, even as fighting near the city resumed.

A spokesman for the State Department, John Kirby, released a statement on Monday saying the U.S. is "prepared to extend the cessation of hostilities," and noting that the cease-fire was negotiated between the U.S. and Russia, which has yet to comment.

The State Department called on Russia to use its influence over Assad to extend the cease-fire and make way for aid.

"Despite continued attacks by the regime on opposition positions, we have witnessed a measure of reduced violence over the last week," Kirby said. "But we have not seen a sustained flow of relief supplies. Indeed, deliveries only began today and only then in limited areas."