Accessibility links
After Police Killing Of Unarmed Man, Tulsa Chief Promises To 'Achieve Justice' : The Two-Way Seconds before Terence Crutcher was shot, police dashcam and helicopter footage shows, he had walked to his car with his hands held over his head. 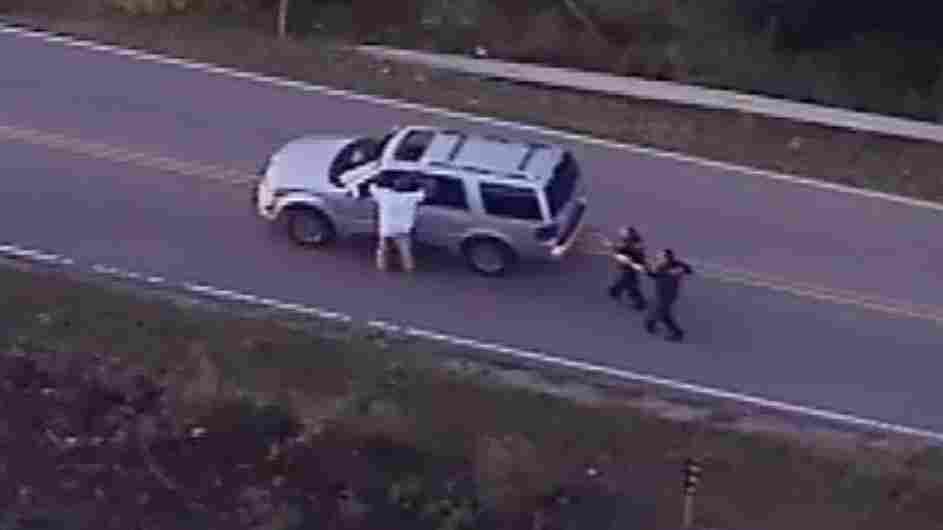 Terence Crutcher was shot and killed by police in Tulsa., Okla., on Friday, in a case that has prompted a Justice Department investigation. Tulsa Police hide caption 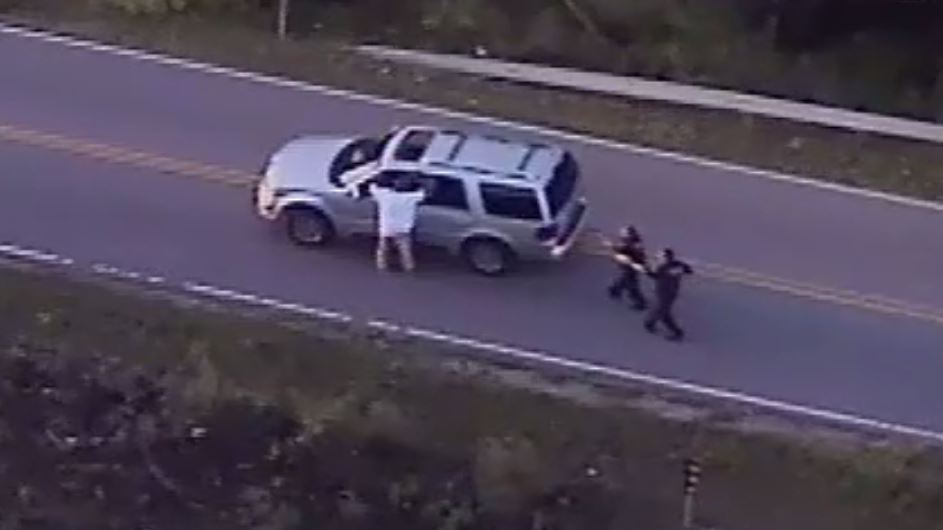 Terence Crutcher was shot and killed by police in Tulsa., Okla., on Friday, in a case that has prompted a Justice Department investigation.

The video is disturbing and prompts many questions — and that's how the police see it. The family of Terence Crutcher, who was shot dead by police Friday, says the footage should lead to criminal charges against the officer who killed an unarmed man.

The Justice Department has begun a parallel investigation into possible civil rights charges related to Crutcher's death, U.S. Attorney Danny Williams Sr. said Monday. He promised "to seek justice on behalf of this family, and for the public."

Crutcher, who was black, died next to his SUV that had stopped in the middle of a two-lane road in Tulsa, Okla. Seconds before he was shot, police dashcam and helicopter footage shows, he had walked to his car with his hands held over his head as Officer Betty Shelby walked behind him, her gun raised.

We'll post the helicopter video and link to more footage here, with the warning that some of the video is graphic and may be difficult to watch.

In the recording from the Tulsa police helicopter, an officer is heard saying of Crutcher as he walks in front of Shelby, "That looks like that's a bad dude, too. Could be on something."

Officers had been called to the scene by passers-by who had reported a vehicle abandoned in the road. "He took off running," a woman told a 911 operator, saying that the man said his vehicle might blow up. She added, "I think he's smoking something."

Shelby, who is white, was one of four police officers who were standing at the rear bumper of Crutcher's car as he stood next to his vehicle around 7:45 p.m. Friday. She's also the officer who shot him once, in the upper body — and who then radioed, "Shots fired." Police say another officer used his Taser on Crutcher at nearly the same time he was shot.

"I want to assure our community, and I want to assure all of you and people across the nation who are going to be looking at this, we will achieve justice, period," Tulsa Police Chief Chuck Jordan said Monday, as his department released the videos. He called the footage "very disturbing; it's very difficult to watch."

Officer Shelby's attorney, Scott Wood, told the Tulsa World that Shelby believed Crutcher was reaching for something inside his car, and that he hadn't been following her commands.

"I'm going to tell you right here and now: There was no gun on the suspect or in the suspect's vehicle," Jordan said of Crutcher. The police chief said he contacted the U.S. Attorney's Office about the case immediately after the shooting, and he added, "We will achieve justice in this case."

Jordan said that the first time he watched the police-cam footage was when he viewed it with Crutcher's family — something he said he did on Sunday, to give the slain man's relatives a chance to see the video before anyone else.

Tiffany Crutcher said her brother's future was taken away because of negligence and incompetence — "and because he was a big 'bad dude.'"

'Let's Put An End To All This Madness,' Says Brother Of Slain Police Officer

Demanding charges for the officers involved, Tiffany Crutcher said of her brother, "His life mattered."

Referring to other incidents of police killings of unarmed black men, she added, "This is bigger than us right here. We're going to stop it right here."

The time code in the video taken from the dashcam of Officer Tyler Turnbough shows that Crutcher was shot around 1:50 into the recording. Over the radio, an officer can be heard referring to him as a "suspect" — although the situation was initially called in as a traffic incident, possibly involving a broken-down vehicle.

After Shelby shot Crutcher, two officers walked to the opposite side of the vehicle to ensure the scene was safe; a female officer is then seen running away from the immediate area. Moments later, three officers, seemingly including Shelby, backed slowly away from Crutcher's body. They then crouched down behind a police cruiser.

Crutcher was left alone on the asphalt until around the 3:45 mark in the video, when an officer checks his pockets; it isn't until around 4:30 that anyone crouches down to render any aid.

The police department says Betty Jo Shelby, 42, joined the force in December of 2011. Tulsa World reports that she had previously worked at the Tulsa County Sheriff's Office.

"Please, maintain the peace," Jordan said at his news conference. He added, "Protests are not a problem. ... I grew up in the '60s; it's a very valid way for people to air their grievances."