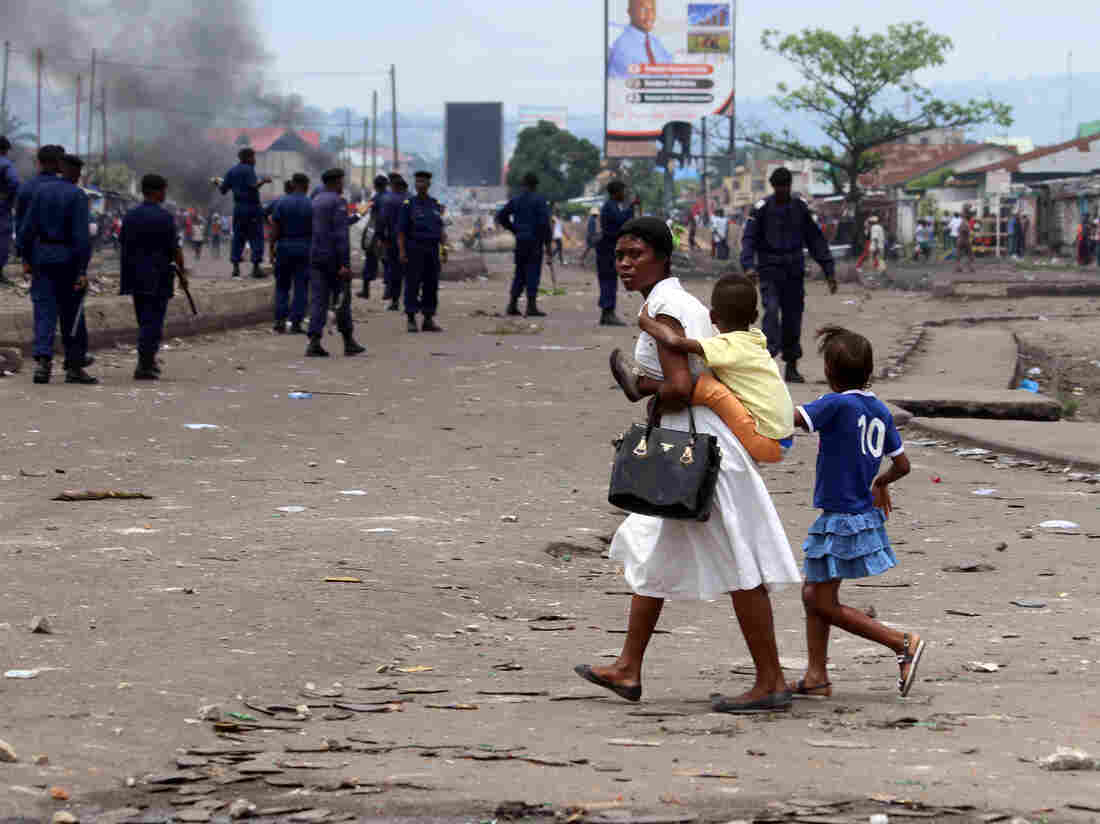 A woman and children pass riot police during a protest against the president in Kinshasa, Democratic Republic of Congo, on Monday. John Bompengo/AP hide caption 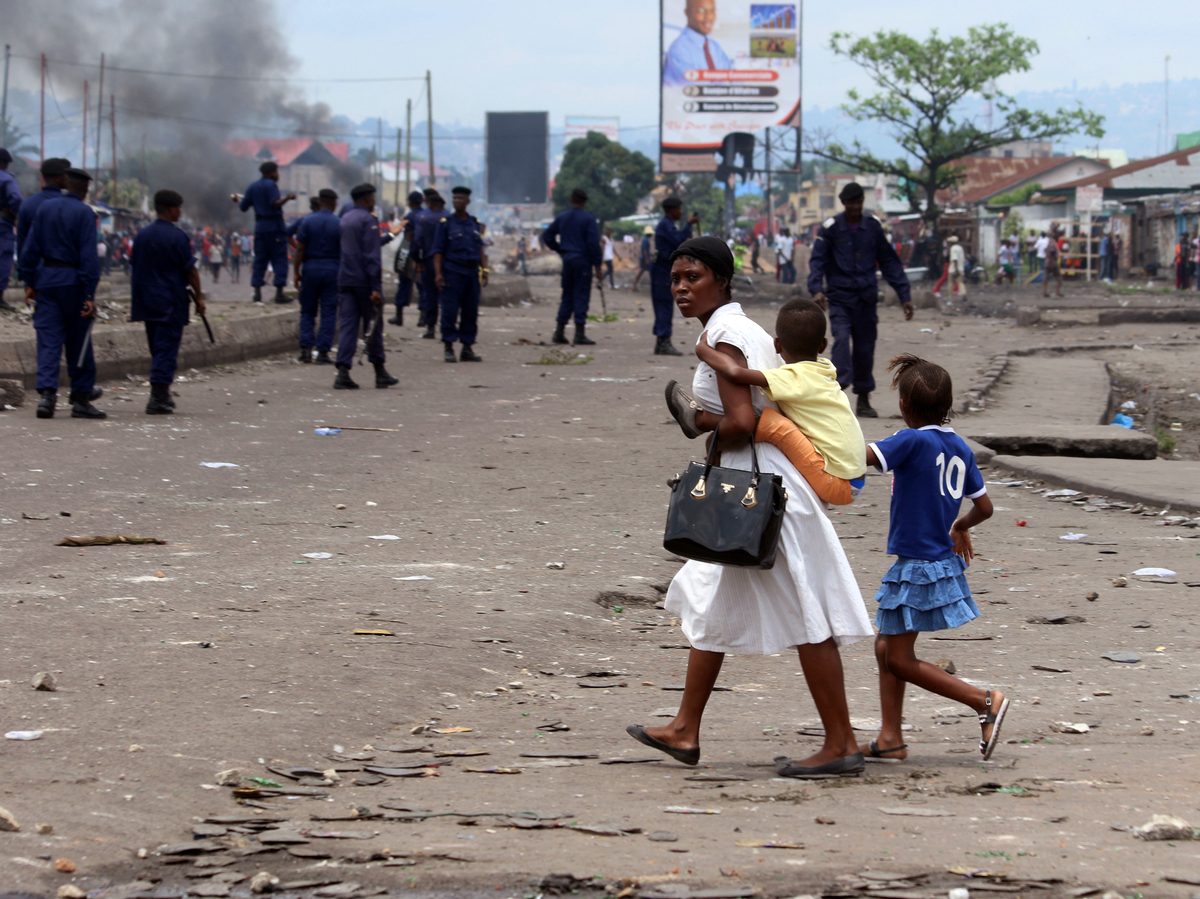 A woman and children pass riot police during a protest against the president in Kinshasa, Democratic Republic of Congo, on Monday.

Dozens of people died in the Democratic Republic of Congo after the country's election commission announced it would postpone the presidential election, and protests turned violent Monday and Tuesday according to Human Rights Watch.

In Kinshasa, hundreds of people protested President Joseph Kabila, according to the U.N. High Commissioner for Human Rights. Kabila took over as president in 2001 after his father, Laurent Kabila, was assassinated, and his term officially ends this year.

Although the constitution requires Kabila to step down in December, NPR's Ofeibea Quist-Arcton reports, so far nothing has been done to plan an election that is supposed to be held in November.

When the country's election commission announced it would not set a date for the vote, some people took to the streets to demonstrate. Photos show police came out with water cannons and tear gas, and protesters armed themselves with rocks and blocked roads with burning tires. Businesses burned, windows shattered and the traffic through the sprawling city shut down. In the city of Goma, demonstrators were met with police in riot gear, wielding flares and tear gas.

A statement by a State Department spokesperson, John Kirby, said the U.S. is "disappointed" that elections have not been announced as planned.

"We are also deeply alarmed by reports of violence that occurred alongside civic protests today in Kinshasa, and which reportedly has already resulted in the deaths of protesters and police.

"Today's events underscore the need for a truly inclusive dialogue process aimed at reaching consensus on holding presidential elections as soon as technically feasible and guaranteeing the country's first democratic transition of power."

It is not the first time the government of Joseph Kabila has been involved in violence against protesters. In 2015, Human Rights Watch reports security forces fired teargas and bullets at people protesting a proposed election law change that would have delayed voting to take a full census. 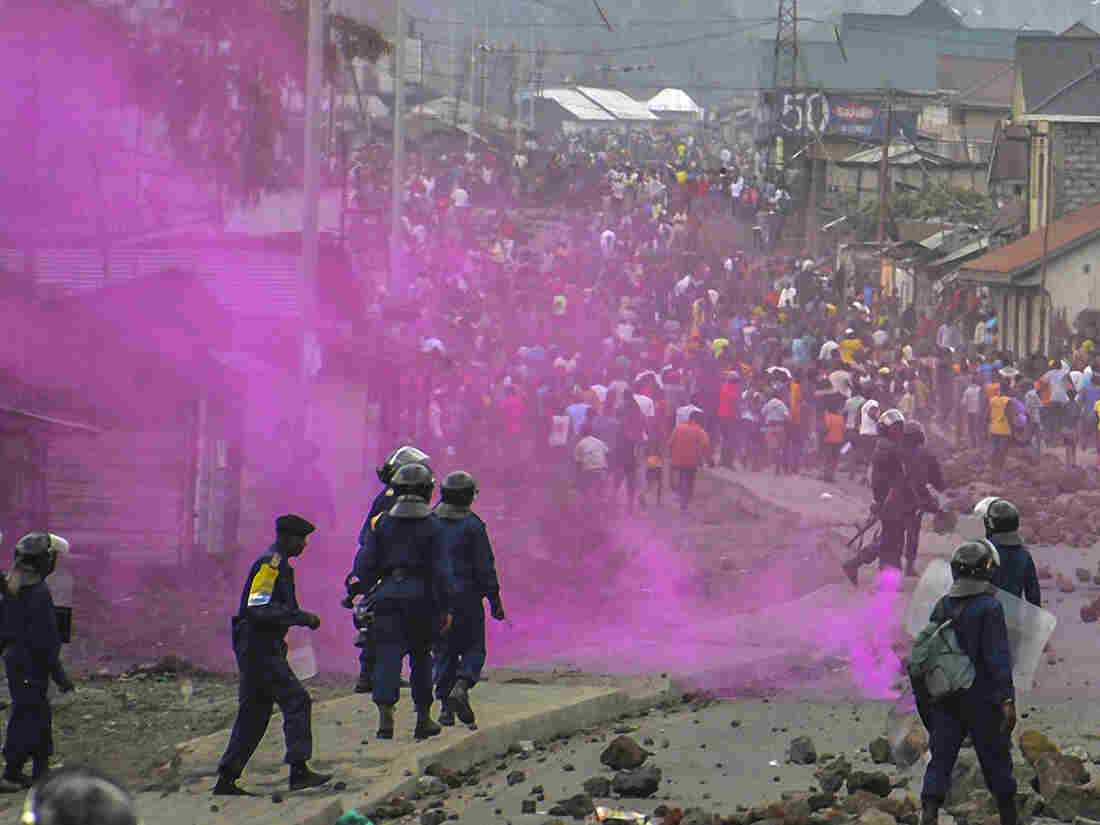 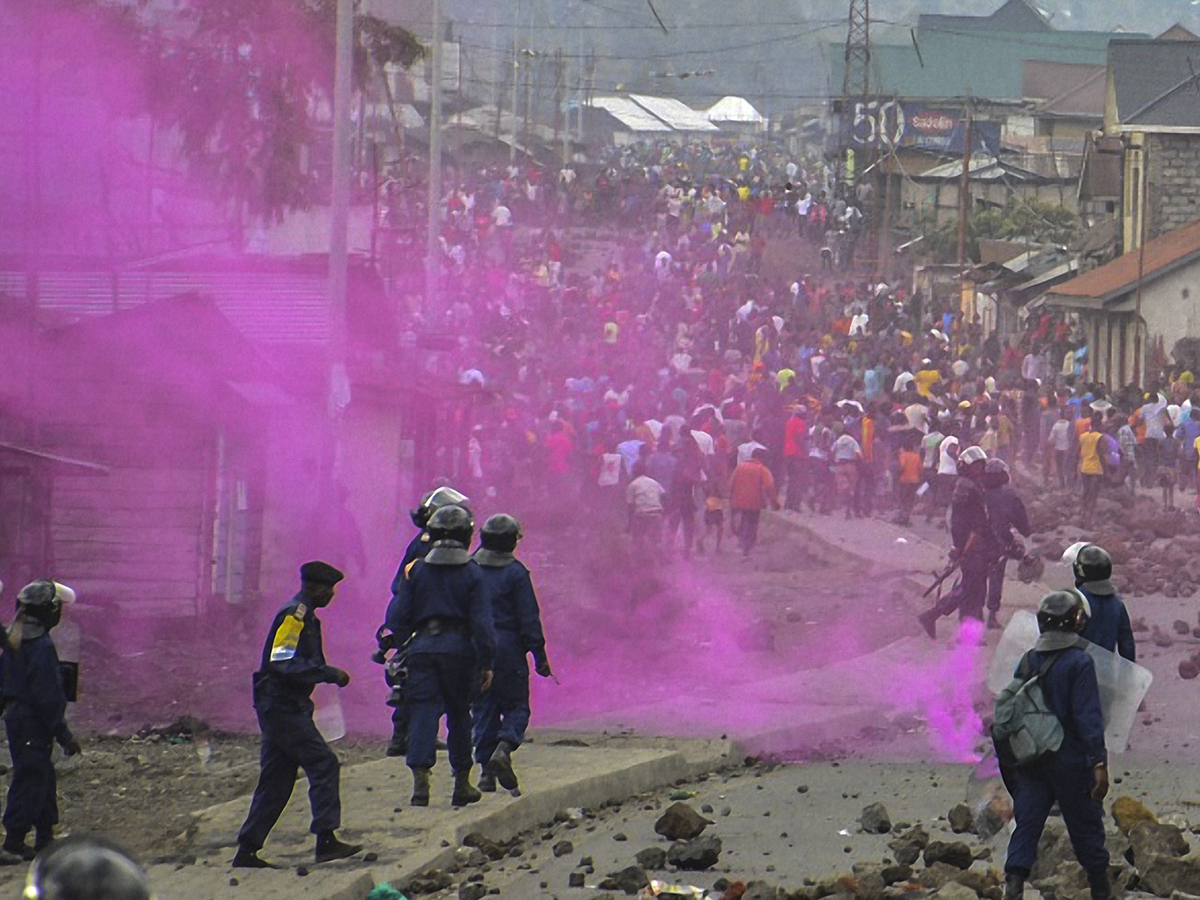 Police in Goma, Democratic Republic of Congo, launched flares during a demonstration on Monday.

In another 2015 attack on opposition members, government officials hired men to beat protesters with clubs, according to the Human Rights Watch report.

The report describes the attack this way:

"Senior security and ruling party officials hired thugs to assault peaceful protesters. Armed with clubs and wooden sticks, the assailants beat the demonstrators, spreading fear and chaos throughout the crowd of several thousand.

"Several recruits told Human Rights Watch that they had been called to a meeting with officials at a military camp in Kinshasa the night before, paid about $65 each, and given instructions on how to conduct the attack."

Tom Perriello, the U.S. Special Envoy for the Great Lakes region of Africa, visited Congo earlier in September to discuss election plans with government officials and opposition leaders. As he was leaving he was "blocked and verbally threatened" in a part of Kinshasa's airport that is "tightly secured by Congolese authorities," according to a State Department statement condemning the harassment.

"We remain ready to impose additional targeted sanctions on individuals who have been involved in abuses or violence," Perriello later told a news conference in New York, according to Reuters.

Since May, members of the U.S. Senate have been calling for sanctions against Congo over human rights violations and power-grabbing by Kabila. In June, a Senate subcommittee passed a resolution urging Kabila's government to "comply with constitutional limits on presidential terms," but so far no sanctions have been imposed.