Accessibility links
Trump Jr.'s Skittles Photo Taken By Former Refugee — And Used Without Permission : The Two-Way David Kittos, who fled Cyprus as a child, took the photo that appeared in a controversial tweet likening refugees to candy. He tells the BBC he didn't give Trump Jr. permission to use the image.

Turns out they could have called it something else: copyright infringement.

The photo featured in the tweet was taken, without permission or credit, from a man named David Kittos.

And Kittos tells the BBC he was once a refugee himself.

The photo in question — a striking shot of a white bowl of Skittles against a white background — was posted on Flickr more than six years ago. Kittos said he was experimenting with a DIY macro photography setup when he took the shot. It's marked with a copyright note: "All rights reserved."

Kittos says in his Flickr profile that he's a database developer in Guildford, U.K., who's interested in high-speed, macro and underwater photography, among other things. He also says, in bold: "Please do not use my images for any purpose, commercial or otherwise (this includes linking from your blog or website), unless you have my written permission. Sending me a flickrmail to ask me first, isn't exactly painful, is it now?"

"This image says it all," Trump Jr. tweeted on Monday. "Let's end the politically correct agenda that doesn't put America first." Below was Kittos' photo — and the Trump/Pence campaign logo — with the caption, "If I had a bowl of skittles and I told you just three would kill you. [sic] Would you take a handful? That's our Syrian refugee problem."

Kittos tells the BBC he didn't give permission for his photo to be used in that way — or at all.

"I have never put this image up for sale," he told the broadcaster. "I don't support Trump's politics and I would never take his money to use it."

The BBC reports that Kittos is "particularly dismayed" that the image was used to suggest refugees are dangerous — because as a child, he was a refugee himself. 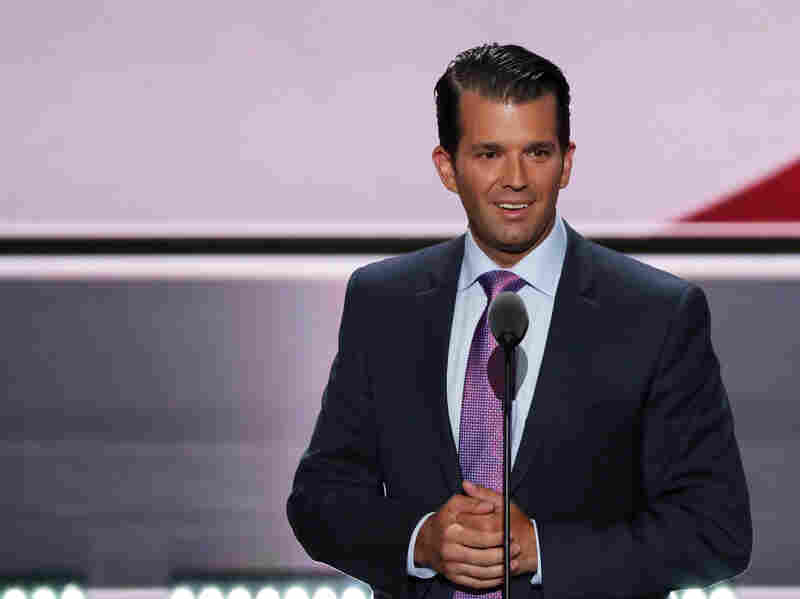 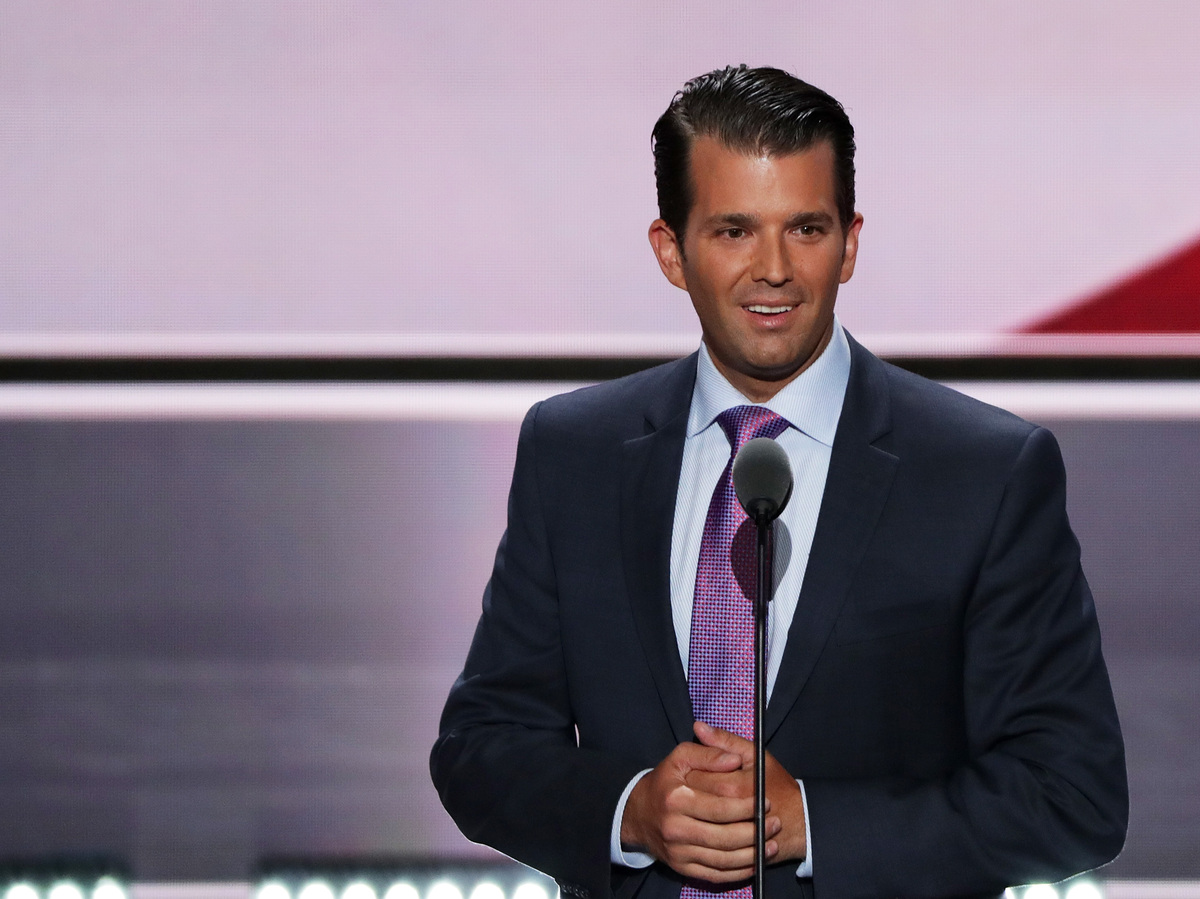 Donald Trump Jr. delivers a speech on the second day of the Republican National Convention on July 19 in Cleveland.

When he was 6, he and his family had to flee Cyprus following the Turkish invasion. "We had to leave everything behind overnight," says Kittos, who is now a British citizen. You can read more of his story over at the BBC.

Kittos says he hasn't decided whether he'll involve lawyers and try to force the Trump campaign to delete the image.

"This isn't about the money for me," he told the BBC. "They could have just bought a cheap image from a micro stock library. This is pure greed from them.

"They should not be stealing an image, full stop."