Accessibility links
5 Medical Workers Reportedly Killed In Airstrikes After Syria Truce Collapses : The Two-Way A French aid organization said its emergency medical staffers were killed near Aleppo on Tuesday, a day after the cease-fire collapsed. 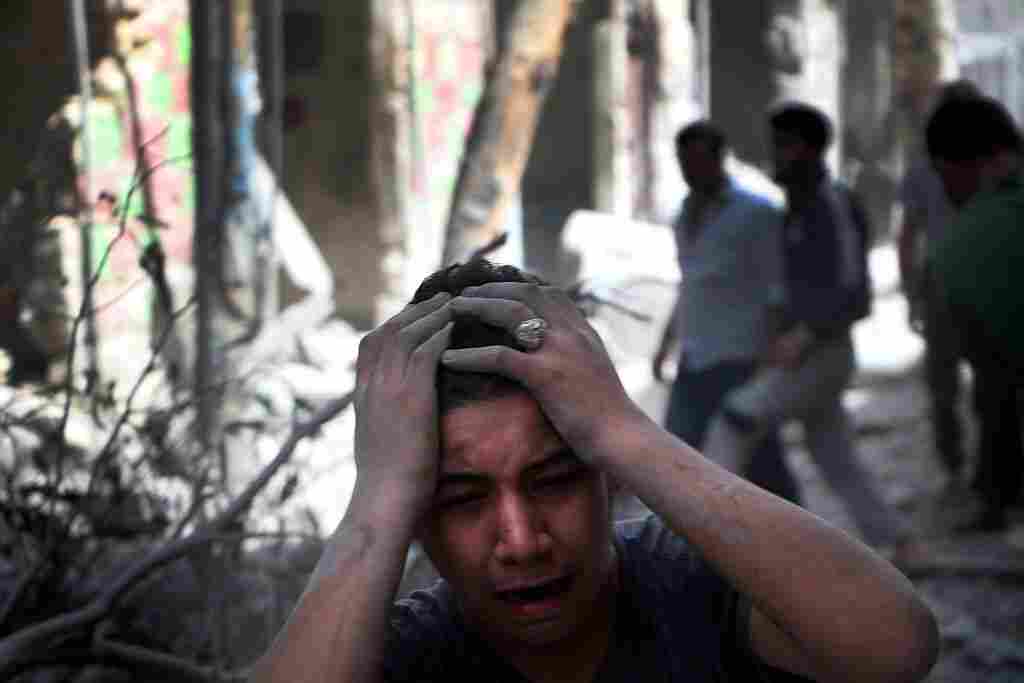 Syrian civilians are seen in the aftermath of renewed attacks on an opposition-controlled area in Aleppo on Tuesday. Anadolu Agency/Getty Images hide caption 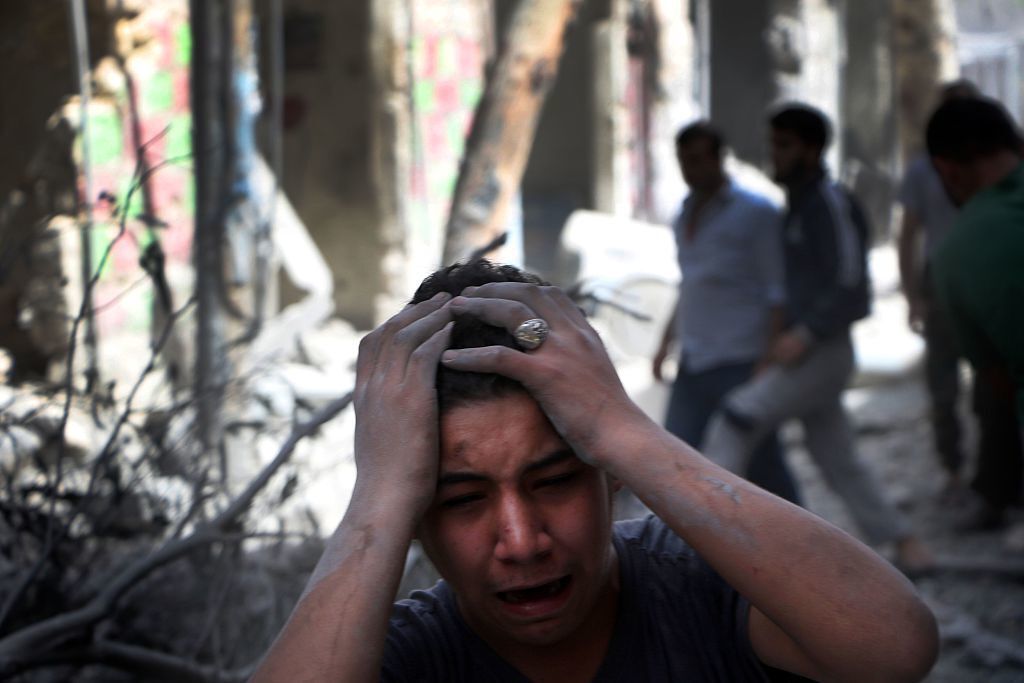 Syrian civilians are seen in the aftermath of renewed attacks on an opposition-controlled area in Aleppo on Tuesday.

At least five emergency medical workers were said to have been killed in airstrikes near the northern city of Aleppo on Tuesday, following the collapse of a fragile cease-fire in Syria.

The France-based Union of Medical Care and Relief Organizations said the five were part of an emergency medical unit in Khan Touman near Aleppo. The group's vice president, Dr. Oubaida Al Moufti, told The Associated Press that "the mobile medical team was hit while responding to an earlier airstrike targeting militants from the al-Qaida-linked Fatah al-Sham Front."

Nine rebel fighters were also killed during the bombardment, according to the Syrian Observatory for Human Rights. It was not immediately clear who carried out the airstrikes, though U.S. Secretary of State John Kerry said Wednesday that "there are only two countries that have airplanes that are flying during the night or flying at all in that particular area — Russia and Syria."

This is the second time in two days that airstrikes have killed humanitarian workers in Syria.

On Monday evening, airstrikes hit an aid convoy that was coordinated by the U.N. that was en route to an area west of Aleppo — an incident that has drawn widespread international condemnation. The attack killed 20 civilians, according to the AP.

U.N. Human Rights chief Stephen O'Brian said he was "disgusted and horrified" by the news of Monday's convoy attack, which was carrying desperately needed aid for 78,000 people. "There can be no explanation or excuse, no reason or rationale for waging war on brave and selfless humanitarian workers trying to reach their fellow citizens in desperate need of assistance," he said in a statement.

And while it's also not clear who carried out the attack that hit the convoy, NPR's Alice Fordham reported that "American officials say the perpetrators could only be the Syrian air force or its Russian allies." U.S. officials have said that "either way it held Russia responsible because under the truce deal Moscow was charged with preventing airstrikes on humanitarian deliveries," as the AP reported.

The U.S. and Russia support different parties to the war in Syria — Russia backs the government of President Bashar Assad, while the U.S. is allied with opposition groups. The cease-fire last week was designed to lead to military cooperation between the U.S. and Russia in the fight against ISIS and a rebel group that has had ties to al-Qaida.

That kind of cooperation is less likely now. As NPR's Michele Kelemen reported, Kerry is trying to salvage the deal with the Russians at a U.N. Security Council meeting happening today.

In remarks to the Security Council, Kerry called this a "moment of truth." He called for immediately halting aircraft from flying in agreed-upon key areas in order to de-escalate the fighting. "If that happens, there is a chance of giving credibility back to this process," Kerry added.

U.N. Special Envoy to Syria Staffan de Mistura said that future efforts to end the violence in Syria "will and can be heavily affected if we cannot overcome the present situation with the restoration of the [U.S.-Russia] agreement ... which actually gave us a lot of hope and on the basis on which we have been working even harder in order to renew the talks."