Accessibility links
Chinese City Urges People To 'Appreciate The Significance Of Having Two Children' : The Two-Way The city of Yichang is calling on couples to serve their country by having a second child, even as harsh fines are announced for families in Beijing who violate the rules on having more than two kids. 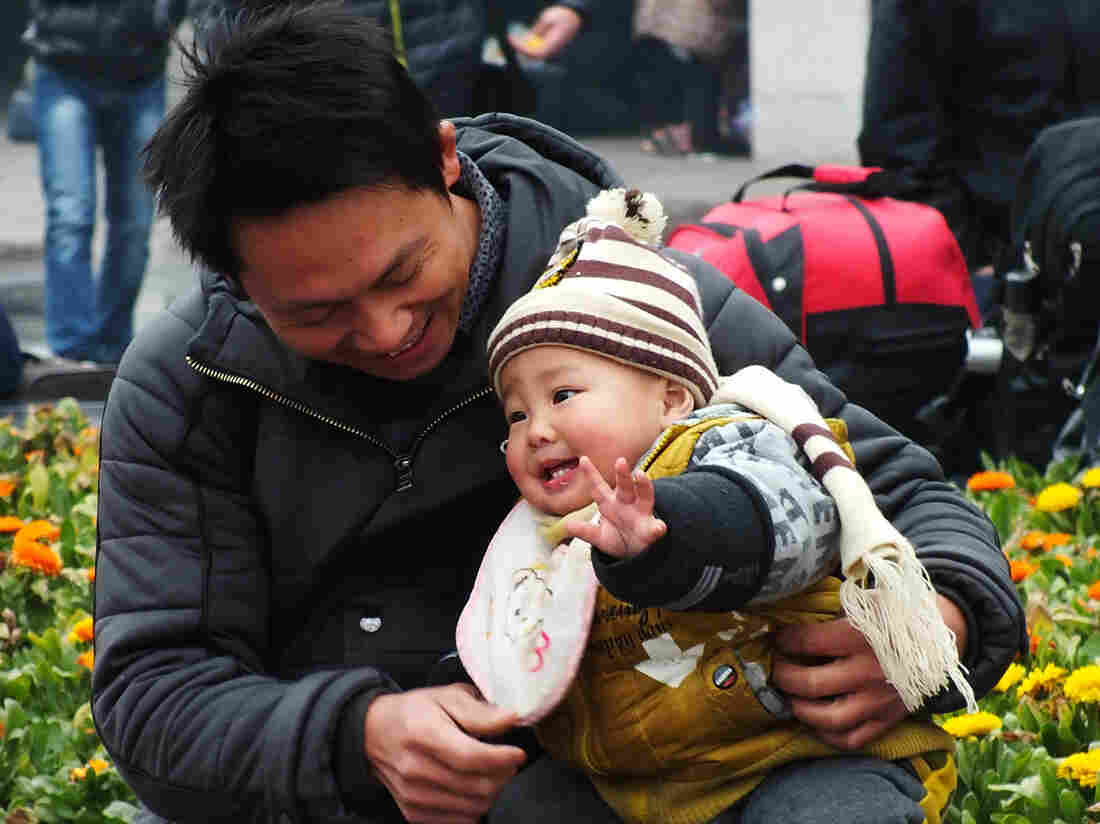 A photo from November 2013 shows a man playing with his child at a park in Yichang, in central China's Hubei province. City leaders are encouraging couples to have two children. STR/AFP/Getty Images hide caption 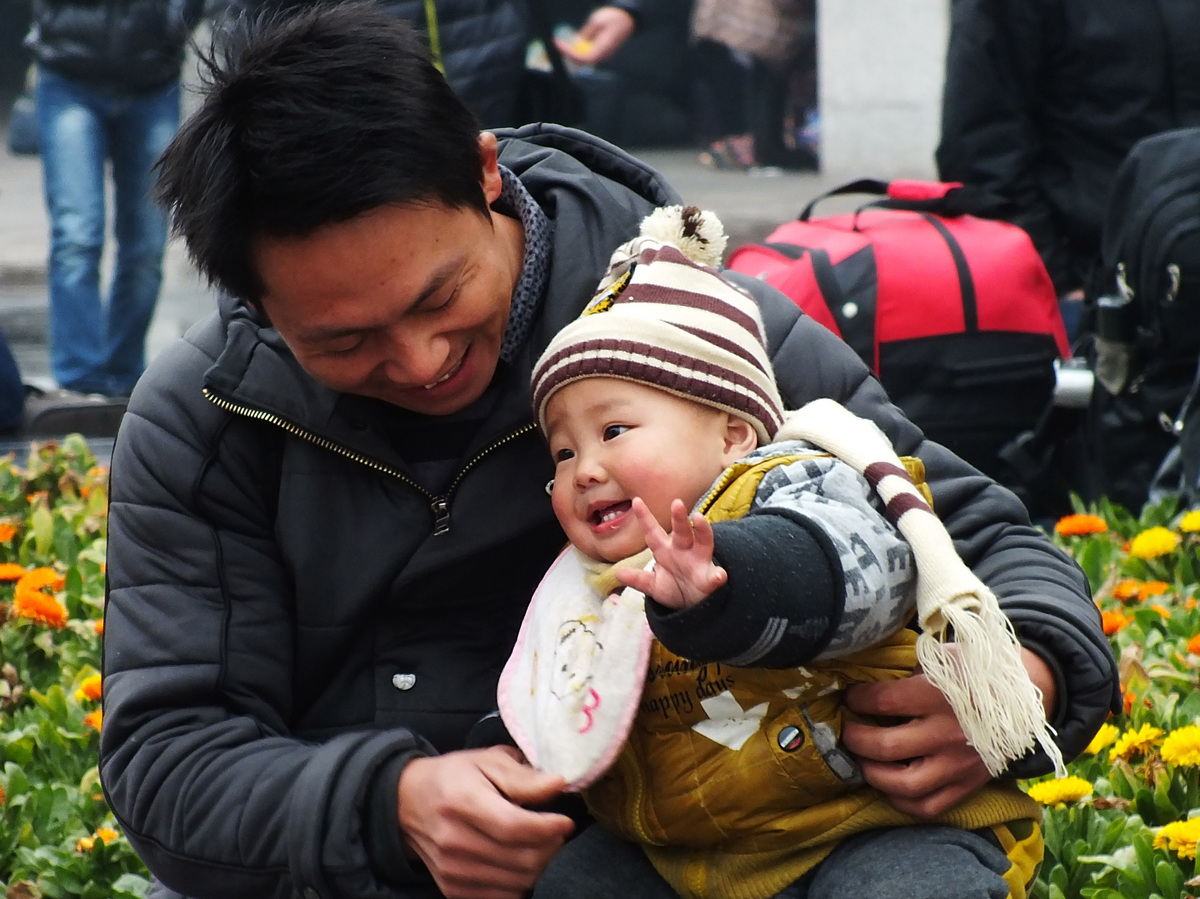 A photo from November 2013 shows a man playing with his child at a park in Yichang, in central China's Hubei province. City leaders are encouraging couples to have two children.

Less than a year after China suspended its one-child policy, officials in the central Chinese city of Yichang are asking public servants to have two children.

The request came in a public memo from municipal officials posted to the city government website. After more than 35 years, China relaxed one-child restrictions in January, allowing couples nationwide to have a second child if they want to.

The statement, which appears to have since been removed from the city's website, turned that permission into a direct plea for couples to have two children.

"We ask all public servants and party members to care about the nation's future, be responsible to people's interests and the happiness of offspring, and to more deeply appreciate the significance of having two children," the statement read.

The memo coincided with the release of new penalties for families who violate the two-child restriction. In Beijing, couples can be fined 3 to 10 times their salary for having more than two children.

The call for family-planning-as-patriotic-act is reminiscent of government communication about the old one-child policy, in that it focuses on economic ramifications. Previous restrictions barring most families from having more than one child were justified in economic terms, warning that the country would not be able to feed all its people.

"China's government has long argued that having too many mouths to feed would hold back the country's development," NPR's Anthony Kuhn reported from Beijing in 2015.

The argument for the shift to a two-child policy has been similarly economic, focusing on the country's labor shortage and aging population. And the message to parents has flipped: to serve your country, procreate more, not less.

The Chinese news site Caixin reports that after decades of tightly enforced limits on childbearing, the city of Yichang has a particularly low birthrate. Citing China's National Bureau of Statistics, the site reports the birthrate was "9.2 newborns per 1,000 people in the city in 2015, down from 11.5 in the previous year, and well below the national average of 12 babies per 1,000."

"If such phenomenon continues, this would bring extremely high risk and harm to the economic and social development as well as happiness of the families in the city," the government memo stated in reference to the low birthrate, according to the South China Morning Post.

As the Two Way has reported, the change to a two-child policy has been greeted as a burden by many families. Many local governments tasked with instituting the policy have created pregnancy incentives, including maternity ward expansion and extended maternity and paternity leave, according to Xinhua.