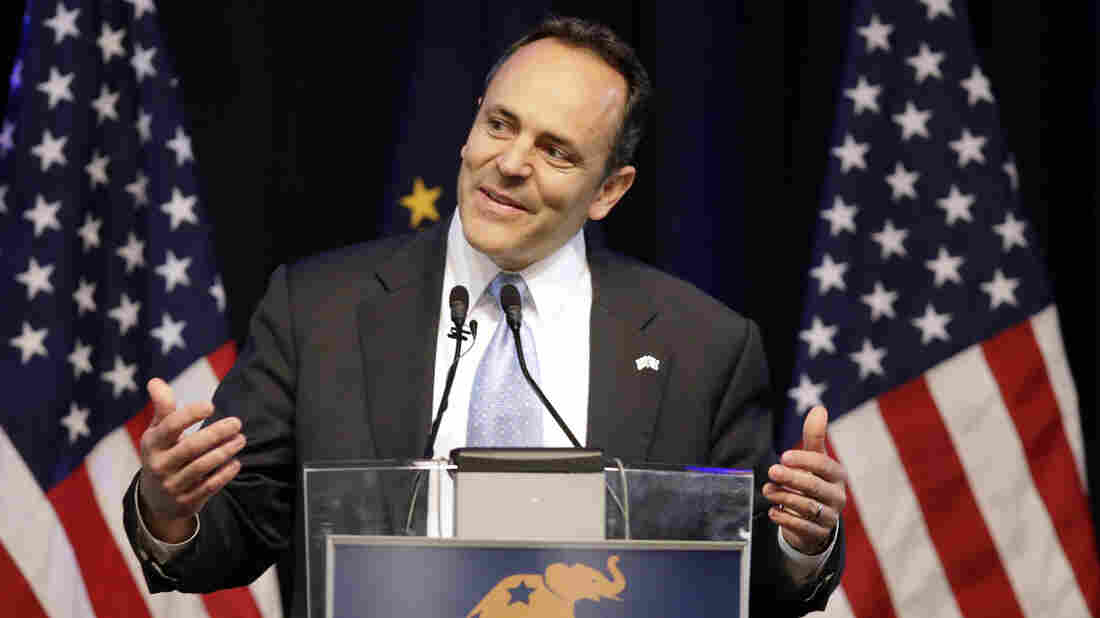 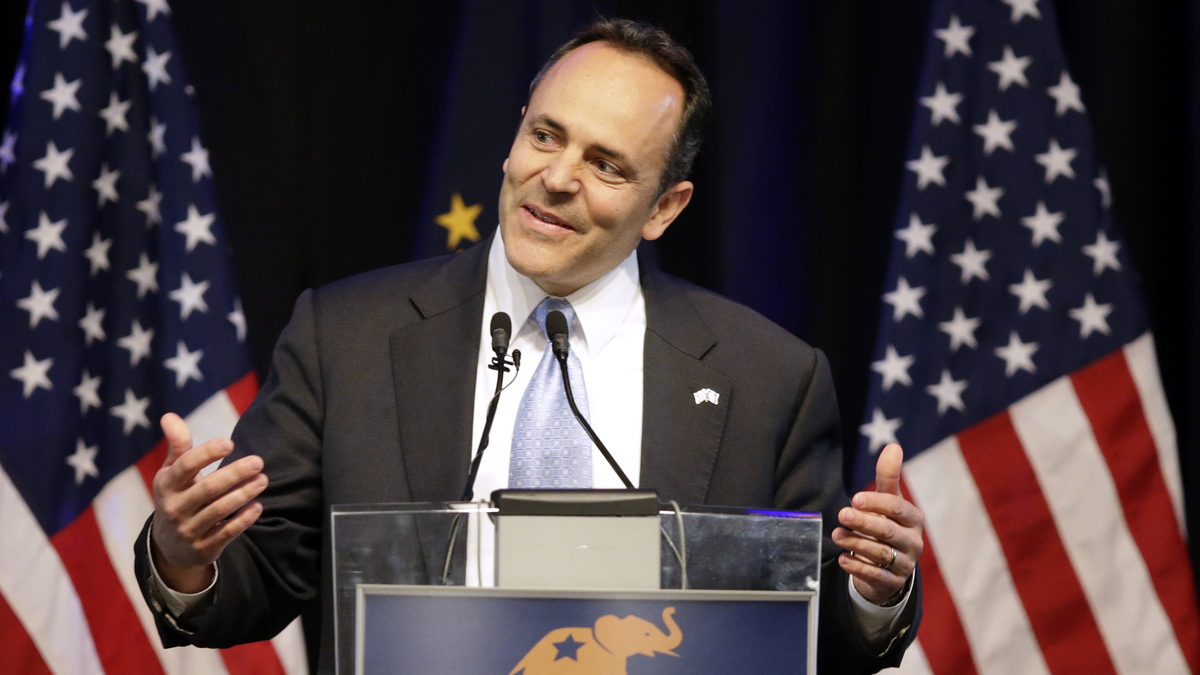 Kentucky Gov. Matt Bevin, seen here at a GOP event in April, overstepped his authority when he imposed a 4.5 percent budget cut on the state's university and community college system, the state's supreme court says.

Ruling on a lawsuit filed by a state's Democratic attorney general against its Republican governor, the Kentucky Supreme Court says Gov. Matt Bevin doesn't have the authority to unilaterally slice money out of a state university's budget.

From member station WUKY in Lexington:

"The 5-2 ruling by the state Supreme Court reverses a lower court ruling that said Gov. Matt Bevin had the authority to order public colleges and universities not to spend all of the money the state legislature gave them. Democratic Attorney General Andy Beshear appealed, arguing Bevin's order was illegal. A majority of the court agreed on Thursday, saying Bevin does not have that authority."

The case is one of three lawsuits the attorney general has filed against the governor since Bevin was sworn in last December, WUKY adds.

In the interest of disclosure, we'll note that WUKY is owned by the University of Kentucky — one of the schools affected by the case.

Weeks after Bevin took office, he called for 4.5 percent cuts across much of Kentucky's budget — and when the politically divided state legislature didn't embrace those mid-year cuts, Bevin issued an order imposing them on the university and community college system at the end of March.

In the majority's 50-page opinion that both affirms the attorney general's right to sue the governor and reverses the governor's budget decree, the Kentucky Supreme Court wrote, "the Governor cannot order the boards of the Universities not to spend funds appropriated to them."

One of the two dissenting votes came from Justice Daniel J. Venters, who cited legal scholarship dating back to the origins of the attorney general's office in the colonial era to say that the office has never had the power "to sue the executive to enjoin executive actions."

Another point made by the dissenting justices was that in the weeks after Bevin's original order, he had reached a compromise deal on the budget cuts with some of the universities' leaders.

For nine universities (see full list below), the high court's decision removes a cloud of doubt over millions of dollars. WUKY quotes Eric Monday, who leads the University of Kentucky's finance division, saying "The funds that will be returned to the University of Kentucky, about $5.6 million, will be included in our focus on student success initiatives, particularly in the areas of retention and graduation rates."