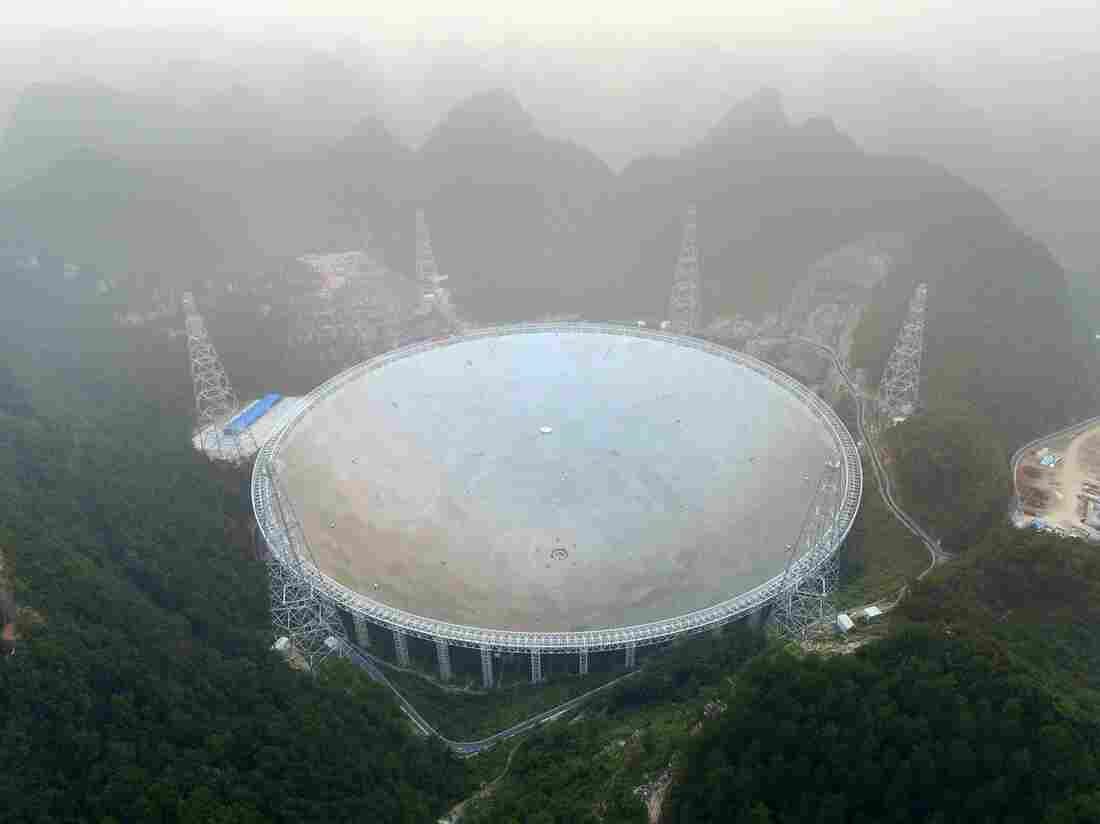 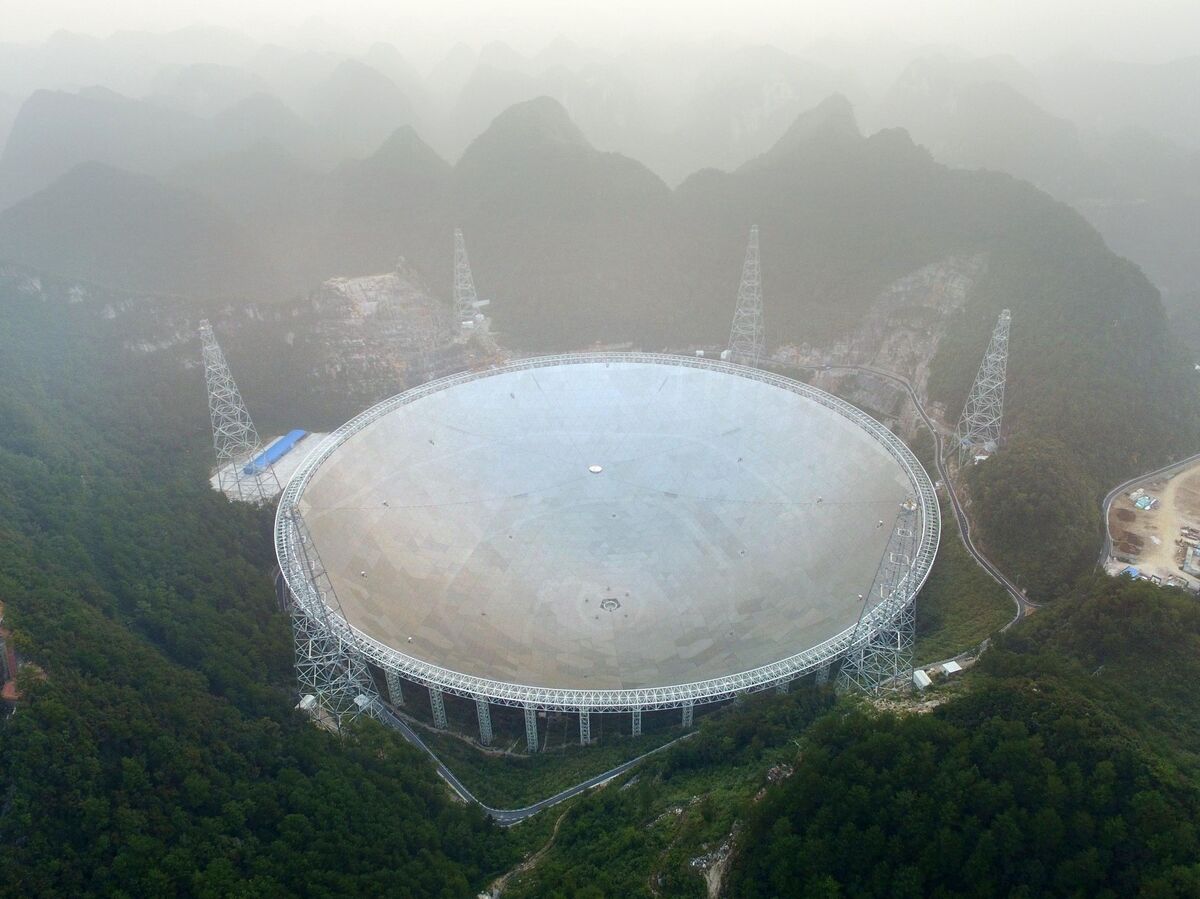 The largest radio telescope in the world officially opened on Sunday, according to China's official Xinhua News.

The Five-hundred-meter Aperture Spherical Telescope, or FAST, is named after its diameter, which, at 500 meters, is 195 meters wider than the second-largest telescope of its kind, the Arecibo Observatory in Puerto Rico.

Xinhua reports the telescope cost $180 million and 8,000 people were displaced from their homes to create the necessary 3-mile radius of radio silence around the facility. It will be used for "observation of pulsars as well as exploration of interstellar molecules and interstellar communication signals."

Pulsars are imploded cores of stars slightly larger than the sun, which emit radiation that can be detected from Earth, if your telescope is sensitive enough. A researcher with China's National Astronomical Observation, Qian Lei, told Xinhua the new telescope is so sensitive, in a test it detected radio waves from a pulsar 1,351 light-years away.

Like radio telescopes in other parts of the world, FAST will study interstellar molecules related to how galaxies evolve. For example, this summer a team using data from the Very Large Array, a collection of radio antennas in the New Mexico desert, picked up what scientists describe as "faint radio emission from atomic hydrogen ... in a galaxy nearly 5 billion light-years from Earth." In the paper describing their findings, the team writes that the "next generation of radio telescopes," like FAST, will build on their findings about how gases behave in galaxies.

China's 'Heavenly Palace' Space Lab Will Crash Back To Earth

As for FAST's final use, studying interstellar communication signals, it could be more simply referred to as searching for intelligent extraterrestrial life. "In theory, if there is civilization in outer space, the radio signal it sends will be similar to the signal we can receive when a pulsar ... is approaching us," Qian told Chinese state media, according to the science news website Phys.org.

Such communication could go both ways. In 1974, the Arecibo radio telescope sent a signal deep into space with a graphic containing, among other things, images of "the Arecibo telescope, our solar system, DNA, a stick figure of a human, and some of the biochemicals of earthly life," according to the SETI institute, a scientific organization devoted to the search for extraterrestrial life.

In an interview with the BBC, the deputy project manager for the new Chinese telescope, Peng Bo, said the project was exciting for Chinese scientists. "For many years, we have had to go outside of China to make observations — and now we have the largest telescope," he told the BBC.

China's investment in space exploration is not limited to earth-based telescopes. Although it is not one of the countries that helps run the International Space Station, China launches its own rockets carrying satellites. Earlier this month, China launched Tiangong-2, its second space lab, shortly before its first space lab fell back to earth.