Accessibility links
Miami Marlins Pitcher José Fernández Dies In Boating Accident Off Miami Beach : The Two-Way The young ace was the National League's Rookie of the Year in 2013. When he died, he had the second most strikeouts of any pitcher in the National League. 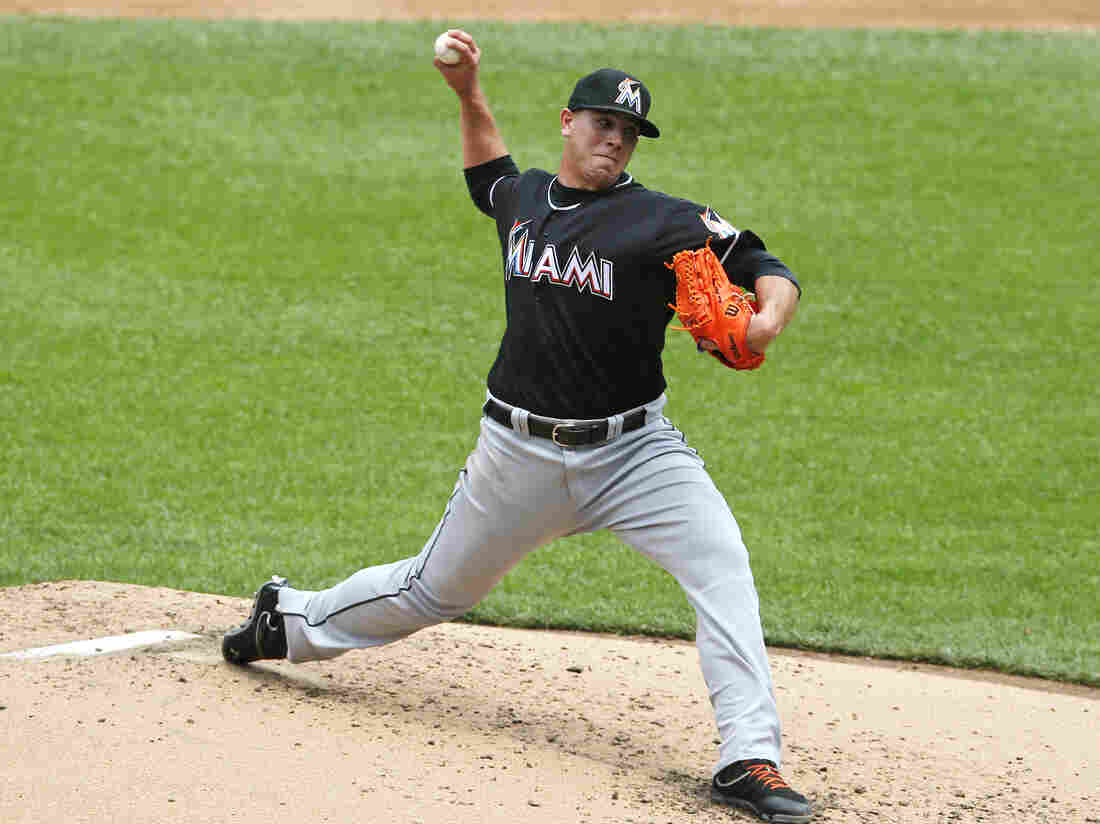 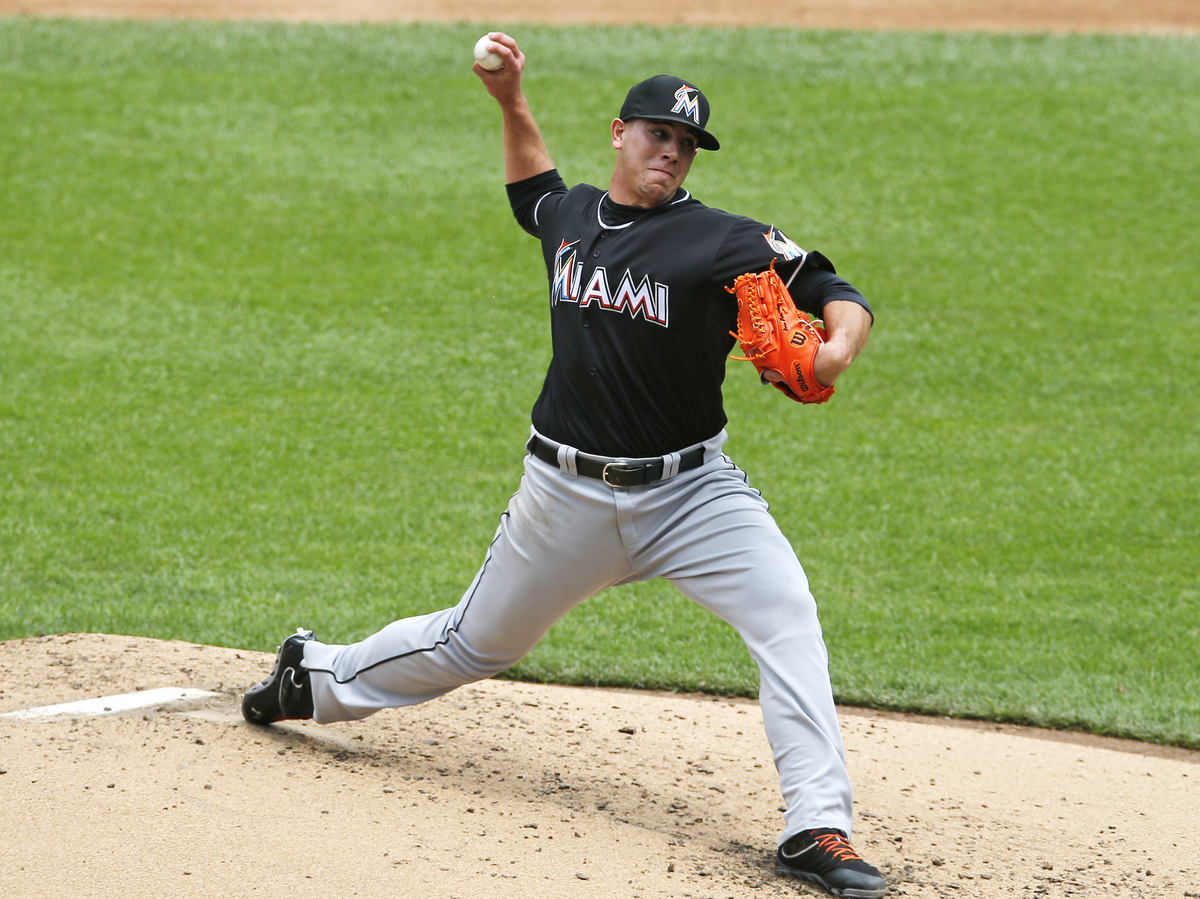 Miami Marlins starting pitcher José Fernández in the second inning of a game against the New York Mets in June 2013. Fernández died Sunday morning in a boating accident.

"The Miami Marlins organization is devastated by the tragic loss of José Fernández," the team posted in a statement on Twitter. "Our thoughts and prayers are with his family at this very difficult time. Today's game against the Atlanta Braves has been cancelled." Neither the team nor the league announced when the game would be rescheduled. 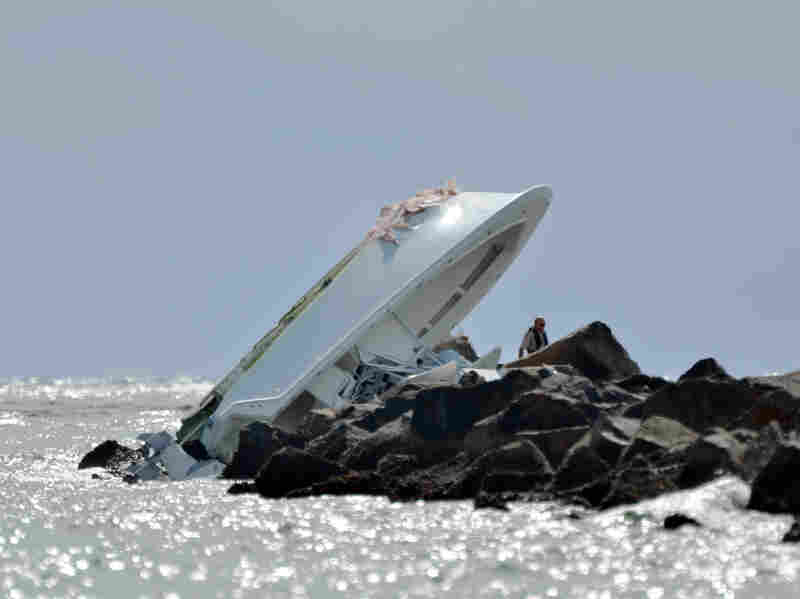 An image from Sunday morning of the boat that crashed into a jetty off Miami Beach, killing three people including Miami Marlins pitcher José Fernández. Gaston De Cardenas/AP hide caption 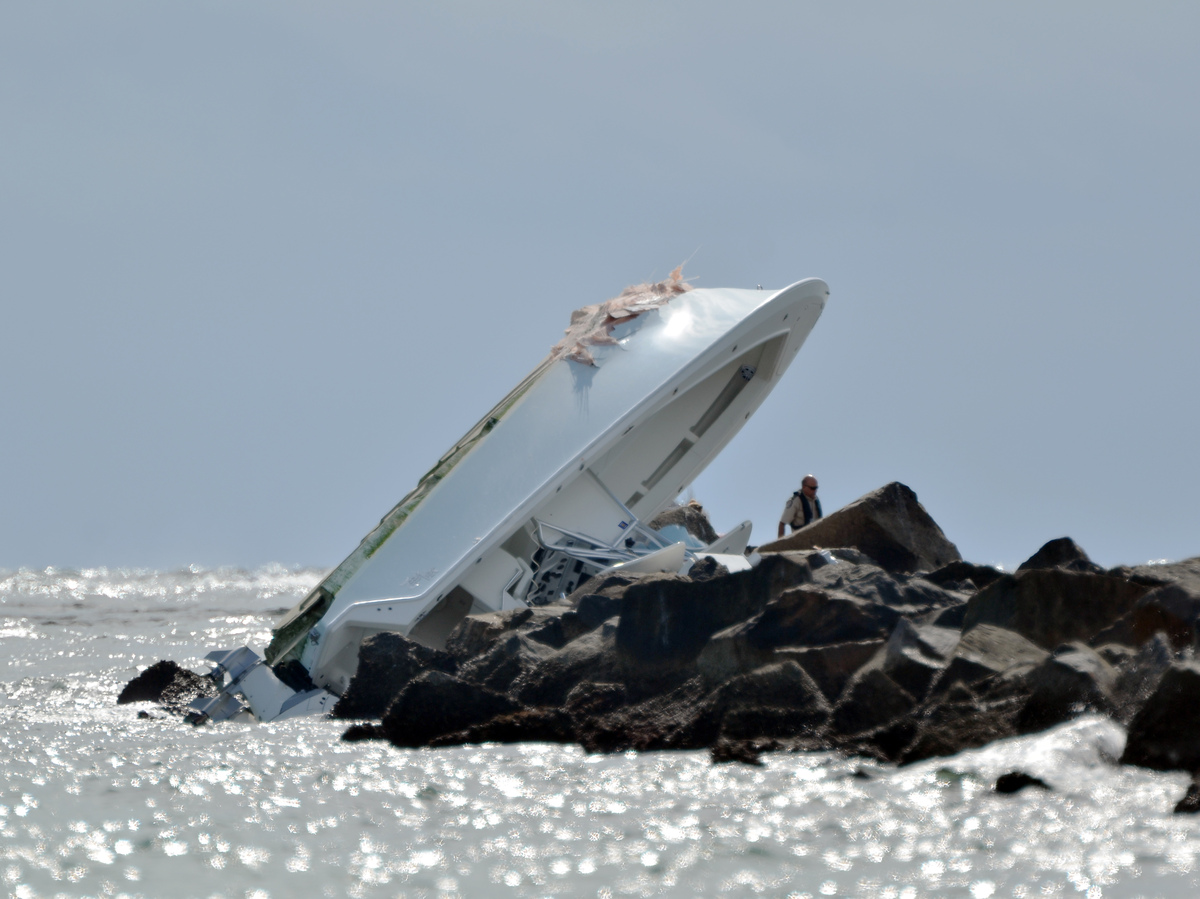 An image from Sunday morning of the boat that crashed into a jetty off Miami Beach, killing three people including Miami Marlins pitcher José Fernández.

At a press conference, a spokeswoman for the U.S. Coast Guard said Fernández was one of three people killed in the accident when a 32-foot boat crashed into a rocky jetty off Miami Beach.

Coast Guard Capt. Megan Dean told reporters a Coast Guard ship on routine patrol noticed the overturned vessel around 3:15 in the morning on Sunday. A rescue effort with divers from the Miami-Dade Fire Rescue recovered two bodies from under the boat and a third from the water nearby. Dean said the Coast Guard has confirmed there are no additional victims.

A spokesman for the Florida Fish and Wildlife department, Lorenzo Veloz, told reporters at the press conference there was "no indication of alcohol or any illegal drugs involved" and that "it does appear speed was involved, due to the impact." All three victims, he said, were between 24 and 27 years old, and he described the other two victims as personal friends of Fernández's.

Flowers for Jose Fernandez beginning to collect in front of the #Marlins Park stadium entrance pic.twitter.com/NhwlKrtYb7

In an interview with NPR's Rachel Martin on Weekend Edition Sunday, Miami Herald sports reporter Manny Navarro called Fernandez one of the best young pitchers in the game.

"He was one of the most exciting pitchers in the game," Navarro said. "Armed with a fastball close to 100 miles an hour, a devastating curveball that batters couldn't hit. And the thing that people loved so much about José Fernández was how exuberant he was when he pitched, and even when he didn't pitch, he was the kind of teammate who was on edge in his seat in the dugout cheering on his teammates.

"José was the kind of guy who would try and hide from the manager so he wouldn't take him out of the game."

José Fernández was a young pitching phenomenon. The Marlins drafted him in the first round in 2011, when he was still a teenager. His debut season was in 2013, and that year he played so well he was given the National League Rookie of the Year award.

"For Fernández , this award crowns what was one of the best rookie seasons by a pitcher in the game's long history," reported Sports Illustrated in 2013.

This season, Fernández's pitching statistics were the best of his career. After a 2014 Tommy John surgery to repair his elbow, the ace pitcher came roaring back. In his first start following his surgery, he hit the second home run of his career.

This season, he had 16 wins and eight losses as a starter. Going into Sunday's game, he had the second most strikeouts of any pitcher in the National League.

According to his Major League Baseball player bio, Fernández was born in Cuba and went to high school in Tampa, Florida. He was scheduled to start on Monday in a game against the New York Mets.

In a 2014 interview posted online, Fernández described a difficult journey from Cuba to the U.S. as a 15-year-old. That year, his grandmother Olga Fernández traveled from Cuba for the first time to see him play for the Marlins.