Accessibility links
Ex-Wells Fargo Employees Sue, Allege They Were Punished For Not Breaking Law : The Two-Way Wells Fargo staff secretly opened millions of unauthorized accounts to meet lofty sales targets. A class-action suit has been filed on behalf of employees who obeyed the law and failed to meet quotas. 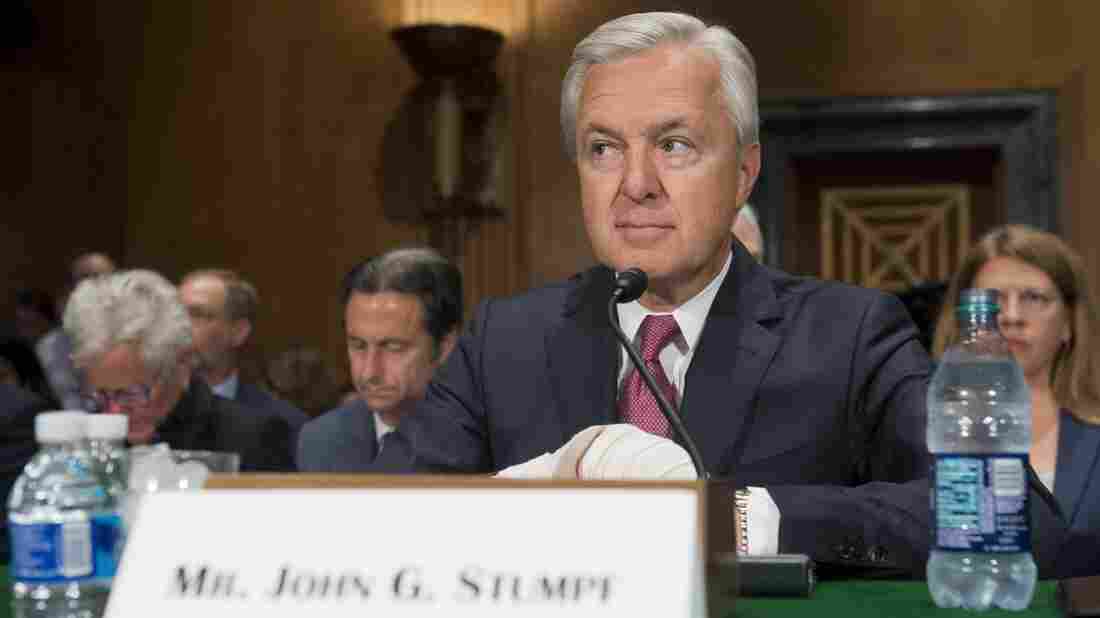 John Stumpf, chairman and CEO of Wells Fargo, arrives to testify in a Senate hearing in Washington, D.C., on Sept. 20. Stumpf was discussing the unauthorized opening of accounts by Wells Fargo. Saul Loeb/AFP/Getty Images hide caption 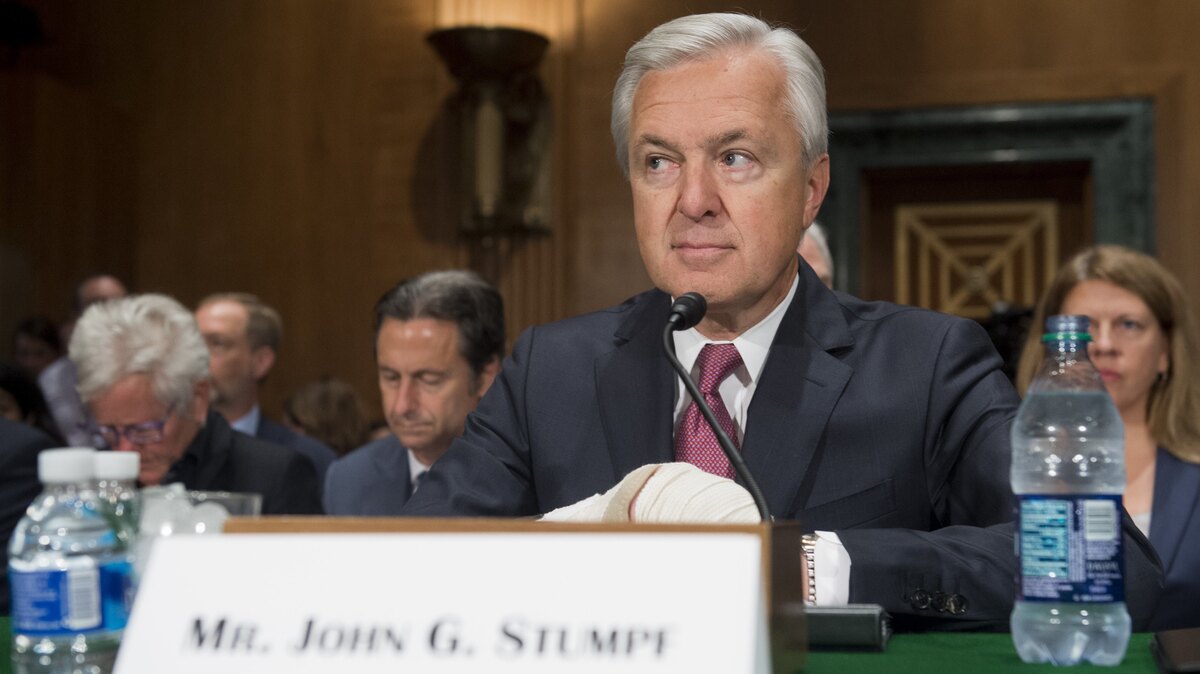 John Stumpf, chairman and CEO of Wells Fargo, arrives to testify in a Senate hearing in Washington, D.C., on Sept. 20. Stumpf was discussing the unauthorized opening of accounts by Wells Fargo.

Former Wells Fargo employees who say they were fired for following the law have filed a class-action lawsuit seeking $2.6 billion in damages as the fallout continues over the creation of millions of secret, unauthorized bank accounts.

Two employees are named in the lawsuit, filed on behalf of all the bank's employees in the past 10 years who were penalized for not making sales quotas.

As The Two-Way has reported, Wells Fargo settled with the Consumer Financial Protection Bureau earlier this month over allegations of widespread illegal activities. Thousands of employees opened bank accounts without customer approval, investigators say — more than 2 million such accounts may have been created.

Wells Fargo agreed to pay $185 million in fines and penalties, and said it had refunded $2.6 million to customers who were charged fees as part of the scheme. The bank fired more than 5,300 employees over the fraud.

The class-action suit, filed in California court late last week, focuses on a different set of fired employees: those who didn't break the law.

Executives profited off the scheme, stockholders made a profit over the last five years, and customers will "undoubtedly" get fees refunded, the suit argues. But people who were fired for refusing to break the law are left out in the cold, the lawyers claim.

Wells Fargo's lofty sales goals were "unrealistic," "impossible" and "unreachable," the suit alleges, and employees could not consistently meet the quotas without resorting to fraud or otherwise "gaming" the system.

"Thousands of employees who failed to resort to illegal tactics were either demoted or fired as a result," the lawsuit states.

The suit alleges wrongful termination, unlawful business practices and failure to pay overtime, among other things, and seeks damages of $2.6 billion — "and possibly more," according to the complaint.

The suit says the scheme was "set at the top and directed toward the bottom," echoing criticisms against Wells Fargo's executives.

As we've reported, Carrie Tolstedt, the head of the retail banking unit responsible for creating the unauthorized accounts, is set to retire later this year with nearly $125 million in stock and options.

He was recently grilled by Sen. Elizabeth Warren, who pointed out that Wells Fargo set lofty sales targets for employees and encouraged them to push customers to sign up for more and more accounts.

"And when it all blew up, you kept your job, you kept your multi-multimillion-dollar bonuses, and you went on television to blame thousands of $12-an-hour employees who were just trying to meet cross-sell quotas that made you rich," Warren said to Stumpf.