Accessibility links
Philippine President Says He'll Open Trade Alliances With China, Russia : The Two-Way President Rodrigo Duterte declared that he's willing to "cross the Rubicon" with the U.S., a close ally, and offer long-term land leases to "the other side of the ideological barrier." 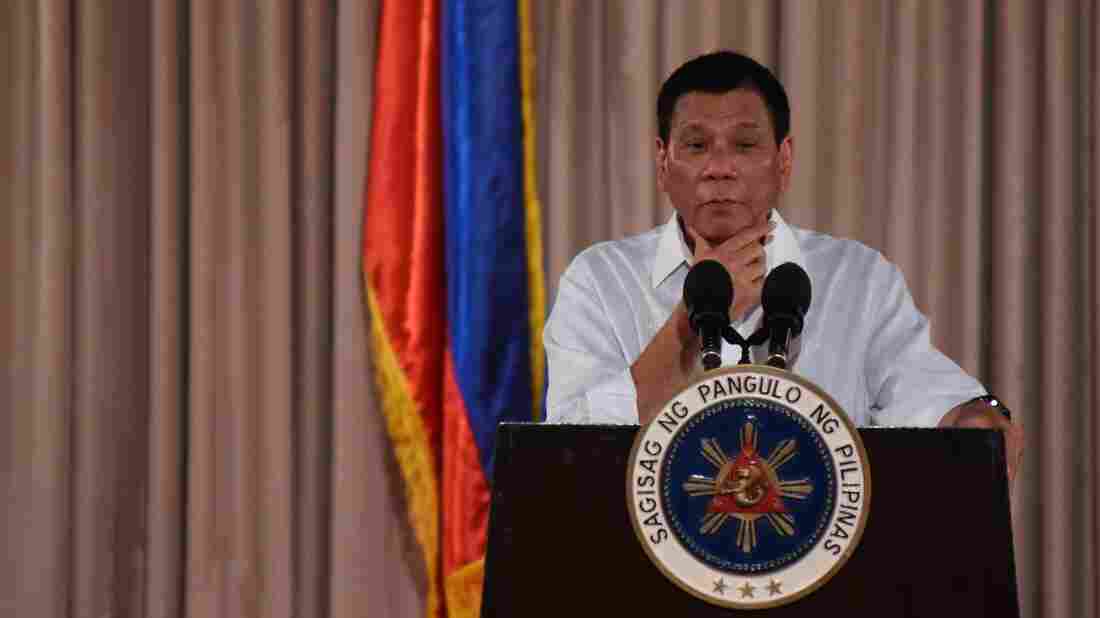 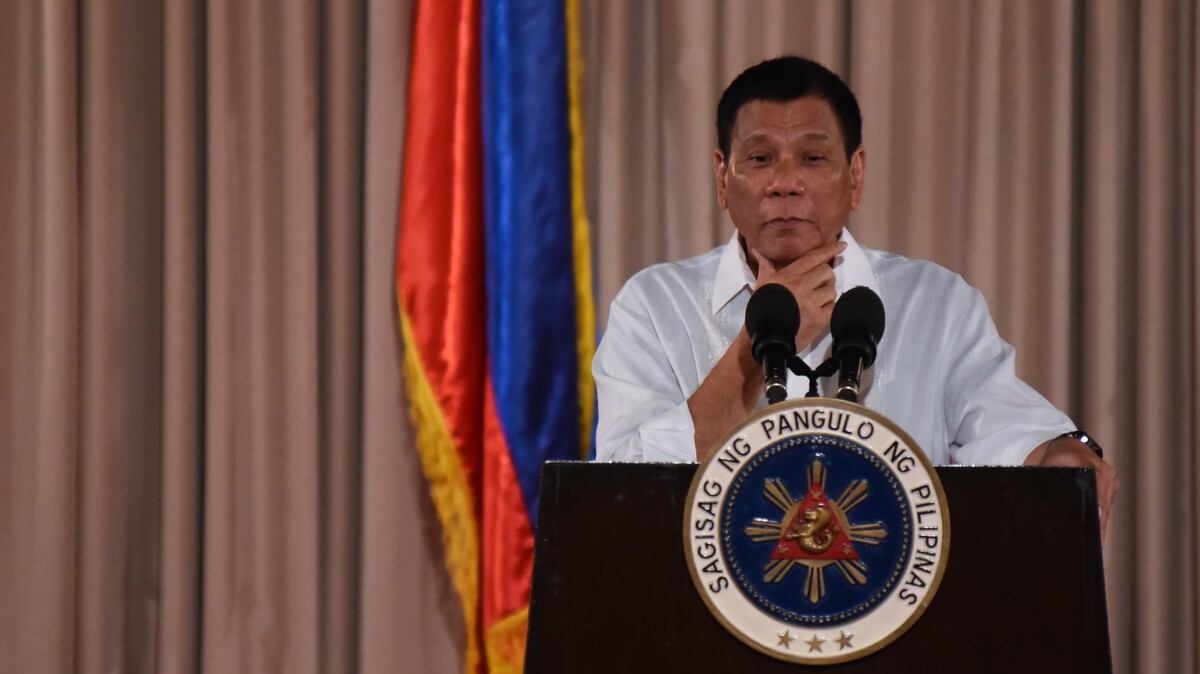 Philippine President Rodrigo Duterte speaks during a presidential awarding ceremony held at the Malacanang Palace in Manila, Philippines, on Monday.

Duterte said he realized he'd be "crossing the Rubicon" with the U.S., his country's close ally and former colonial ruler.

"I am not really going to break ties" with the U.S., Duterte said, but he indicated he'd be willing to forge closer economic relationships with the other side of "the ideological barrier."

The Associated Press reports that Duterte would be offering countries in China and Russia the ability to lease land in the Philippines for more than a century.

Duterte told reporters that he would be traveling to China soon and would meet with President Xi Jinping. He also said he'd already opened up a conversation with Russian Prime Minister Dmitry Medvedev, speaking with him during a summit in Laos earlier this month, the AP reports:

" 'I would need your help in everything — trade, commerce — and I will open up,' [Duterte] said he told Mevedev.

"Asked by a reporter what he meant by crossing the Rubicon, he said it was 'a point of no return.' He said the problem was that the Philippines' mutual defense treaty with the U.S. does not guarantee that Washington will come to the Philippines' defense if it is attacked because the U.S. president would need the approval of Congress.

"U.S. Embassy officials were not available for comment Monday night."

The U.S. and its former colony have a long and complicated relationship. The U.S. recognized the Philippines' independence and established diplomatic ties in 1946, and both nations signed a mutual defense treaty in 1951. The U.S. has traditionally been the Philippines' largest foreign investor.

For decades, the U.S. maintained large military bases there, but amid growing anti-American sentiment, the Philippines voted to push the U.S. bases out in the early '90s.

More recently, the U.S. military presence in the Philippines has grown again — although permanent bases have not returned — as some Filipino leaders have grown increasingly wary about the conflict over the South China Sea.

From 2015: The Philippines Requests U.S. Support Amid Ongoing Dispute With China

The Philippines Requests U.S. Support Amid Ongoing Dispute With China

But since Duterte took office this summer, he has called for the withdrawal of U.S. military advisers and said the Philippines will no longer conduct joint patrols with the U.S. Navy.

He has also insulted President Obama and the U.S. ambassador in Manila.

Duterte has prompted international criticism for pursuing a harsh crackdown on the drug trade in the Philippines, one that has left thousands of people dead. Some of Duterte's headline-grabbing insults have been defiant reactions to criticism — real or hypothetical — over an initiative that many say violates human rights.

But as Michael Sullivan recently reported for NPR, the president and his bloody war on drugs remain popular within the Philippines.