Accessibility links
Clinton-Trump Showdown Was The Most-Watched Presidential Debate Ever : The Two-Way An estimated 84 million people watched Hillary Clinton and Donald Trump in their first debate Monday, according to TV ratings data from Nielsen.

Listen · 3:04 3:04
Clinton-Trump Showdown Was The Most-Watched Presidential Debate Ever 3:04 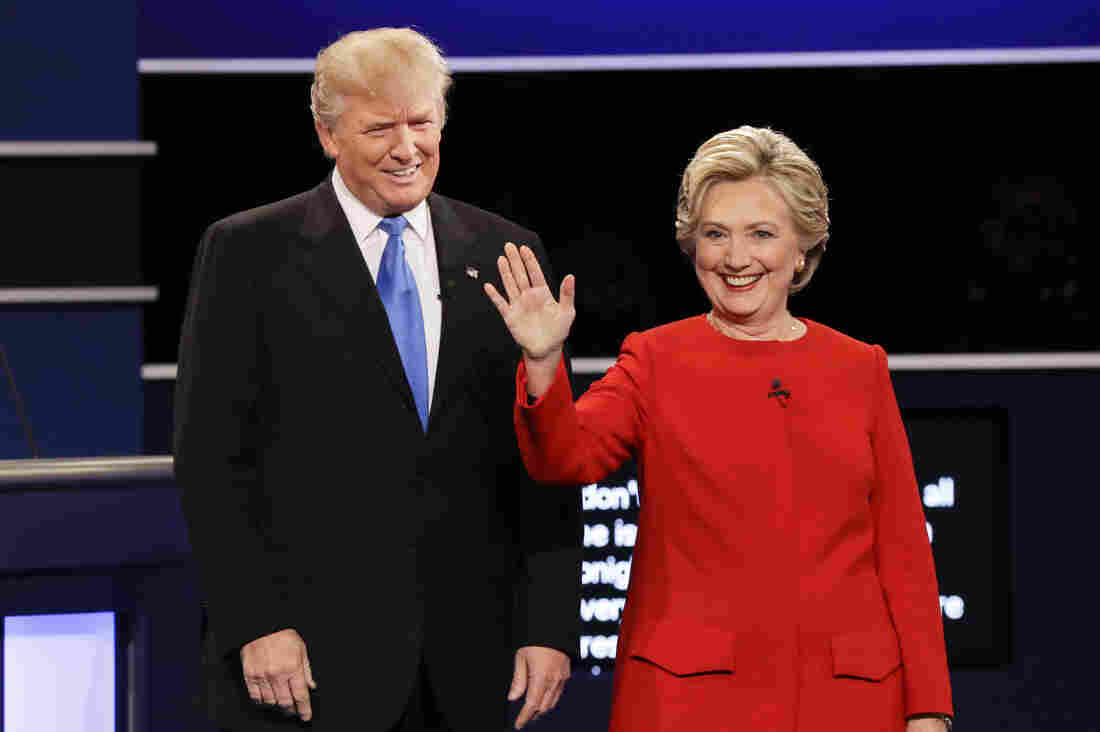 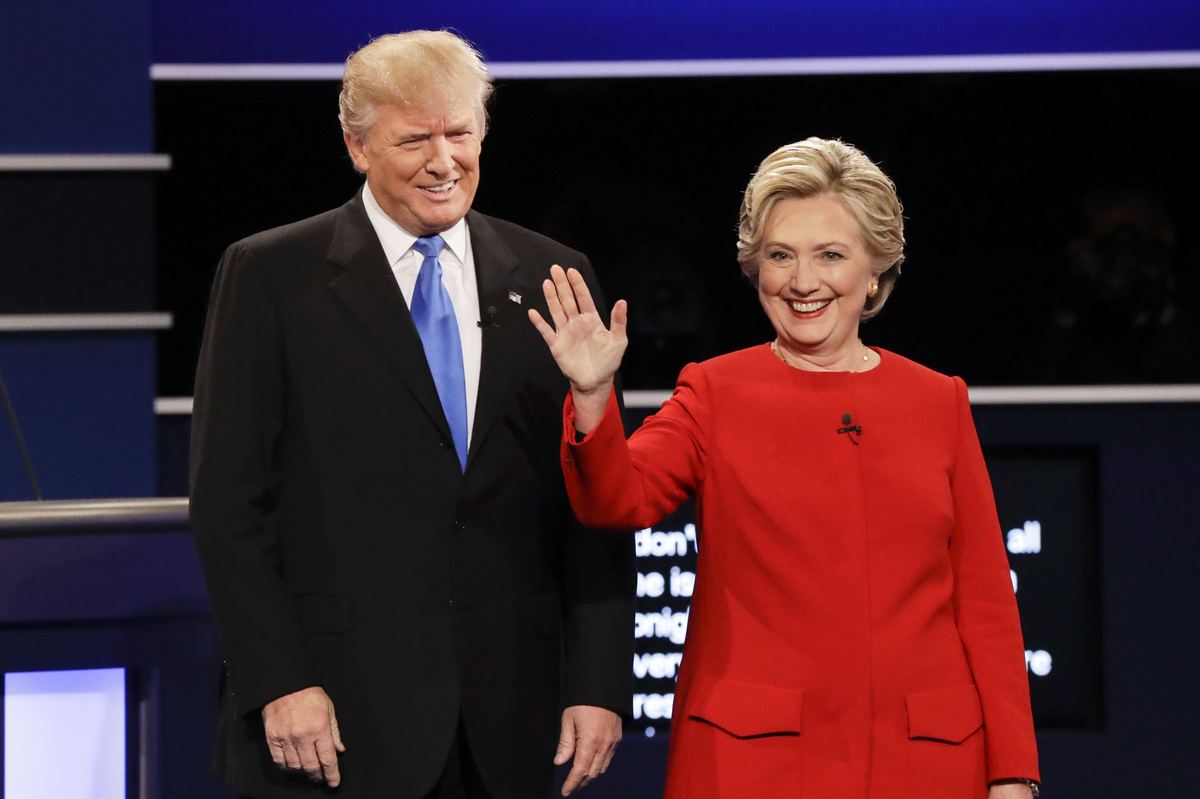 An estimated 84 million people watched Hillary Clinton and Donald Trump in their first debate Monday, according to TV ratings data from Nielsen, making it the most-watched debate ever.

These figures top the ratings for the 1980 debate between Jimmy Carter and Ronald Reagan, when just under 81 million people tuned in. As The Associated Press reports, "No debate since then had exceeded 70 million viewers."

Nielsen's numbers include 13 television networks. They don't account for viewers who watched the debate online — and NPR's media correspondent David Folkenflik has been crunching those numbers.

As David tells All Things Considered, the live streaming numbers are "where things get interesting":

"I looked at a number of outlets and their feeds on Facebook. If you look at the live streams of seven different major outlets including places like Al-Jazeera, ABC News, NowThis news, The New York Times, Univision, Fox, a couple others — that was in excess of 35 million views. They're not counted identically to a television viewer, but 35 million people looked at least at part of the live streams of the debate that way.

"Similarly, about 5 million people looked at the live streams and streams available on YouTube. And that's not including the individual websites as well — for example, an excess of 2.4 million people, estimated, watched in on CNN.com through their free feed. So there are a lot of different ways people are approaching this now."

These figures, he says, indicate a change in viewing patterns — " even as we're coming together [to watch the debate] we're doing it in a much more fragmented way — so many more television outlets, so many more online outlets, different ways to consume."

David points out one caveat to the record-breaking figure from Nielsen: The U.S population has grown considerably since 1980. That year, "the population of the United States was a little over 220 million. Now it's almost exactly 100 million more people. So seemingly at least, the TV numbers — not so astonishing that there might be growth in them," he explains.

And speaking of records, EPSN tells David that Monday Night Football ratings hit a historic low. The game between the Atlanta Falcons and New Orleans Saints was directly competing with the Trump-Clinton showdown.

Listen to David's full discussion with the show here:

According to Politico, of the other programming that has drawn upwards of 80 million viewers, "most were NFL Super Bowl broadcasts," and the others were "the finales of M.A.S.H. and Cheers."