Accessibility links
Pangolin, The 'Artichoke With Legs,' Earns Top Trade Protection : The Two-Way World leaders at the Convention on International Trade in Endangered Species agreed to ban all commercial trade in pangolins, small and endangered mammals that also resemble aardvarks. 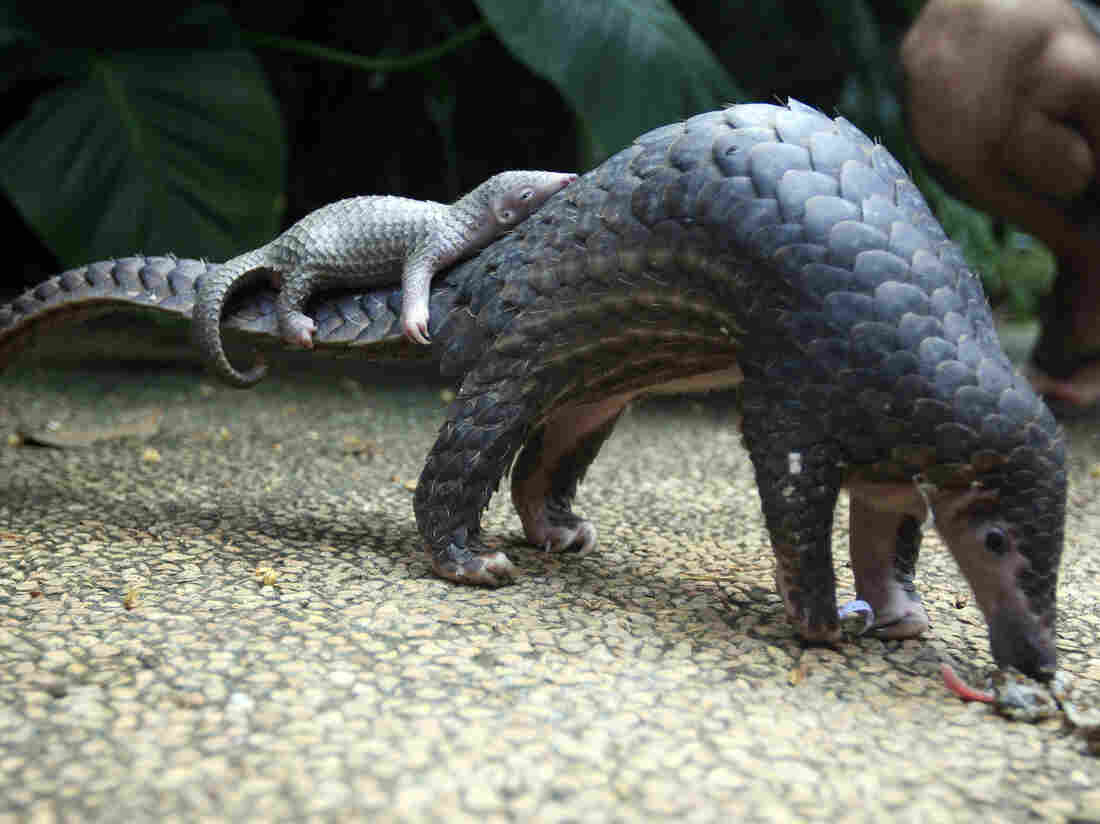 A pangolin carries its baby at a zoo in Bali, Indonesia. Delegates at a U.N. wildlife conference have voted to ban commercial trade in all eight species of pangolin. Firdia Lisnawati/AP hide caption 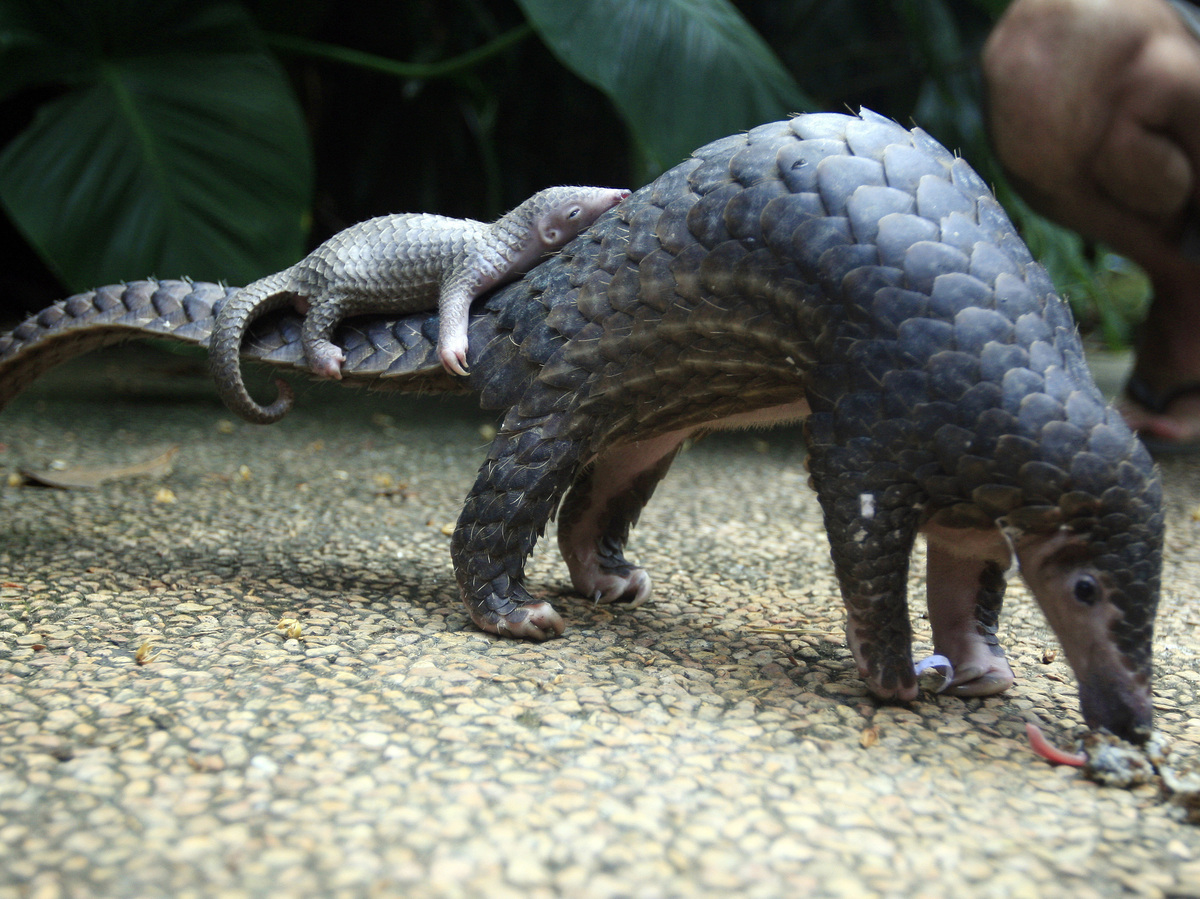 A pangolin carries its baby at a zoo in Bali, Indonesia. Delegates at a U.N. wildlife conference have voted to ban commercial trade in all eight species of pangolin.

On Monday, delegates to a meeting in Johannesburg of the Convention on International Trade in Endangered Species of Wild Fauna and Flora (CITES) voted to approve the strictest protections available under international law — moving the pangolin into a category reserved for species "threatened with extinction."

The ban comes on the heels of a motion earlier this month by the World Conservation Congress to focus attention on the pangolin trade.

In her reporting on the animal, NPR's Jackie Northam described it this way: "The pangolin is about the size of a raccoon and looks like an artichoke with legs. Its head and body are covered with an armor of thorny scales, giving it the appearance of a reptile. When a pangolin is scared, it curls up into a tight ball."

As Jackie reported last year, international demand for all eight species of pangolin has been rising:

"All eight species of this animal, which is found over large parts of Africa and Asia, are facing extinction, according to Jonathan Baillie, a pangolin specialist at the International Union for Conservation of Nature in London.

" 'The demand for the pangolins is actually in China and Vietnam,' he says. 'And the Asian pangolin, particularly the Chinese pangolin, has basically been wiped out.'

"The animal has long been prized for its scales, which are used in traditional Chinese medicine. But Baillie says nowadays, pangolin meat is considered a luxury item by a growing middle class in Vietnam and China.

" 'We're seeing that the body is actually being eaten as some sort of celebration when a business deal is done,' he says. 'The price can go up to many hundreds of dollars per kilo.'

"As the number of Asian species declines, Baillie says, there is an increasing demand for African pangolins. International trade of the African species is allowed with the right paperwork. But they're being poached and sent to Asian markets at an alarming rate."

In a statement following news of the international commercial ban, Elly Pepper, the deputy director of the Natural Resource Defense Council's wildlife trade initiative, wrote that the trade ban would "give the world's most-trafficked mammal a fighting chance at survival."

Taste For Rare, Wild Pangolin Is Driving The Mammal To Extinction

The trade of pangolins, and parts of pangolins, is not limited to Asian markets; as NPR has reported, pangolin products are also showing up in the U.S., and because the animals don't have the high profile of, for example, rhinos and elephants, their trade sometimes slips through the cracks. The U.S. Fish and Wildlife Service has added information about pangolins to its website for U.S. regulators.

"This listing will not only eradicate legal trade in pangolins, but will also reduce the illegal trade for which the U.S. is a significant destination and transshipment point," Pepper said.