Accessibility links
Rosetta Deliberately Crashes Into Comet, Bringing Its Historic Mission To An End : The Two-Way The Rosetta spacecraft has been orbiting the 67P/Churyumov-Gerasimenko comet for two years. Now scientists have ended the mission, and the spacecraft has lost contact with Earth forever.

This is the way the Rosetta ends: not with a bang, but with a slow-motion crash.

The historic spacecraft has transformed scientists' understanding of comets over the past two years, as it orbited the 67P/Churyumov-Gerasimenko comet and sent a stream of images and data back to Earth.

Scientists To Bid A Bittersweet Farewell To Rosetta, The Comet Chaser

Now scientists have steered it into the comet for a "Grand Finale" of data-collection, and Rosetta has lost contact with Earth forever.

The spacecraft launched by the European Space Agency ended its mission by streaming data back to Earth as it free-fell toward the bumpy surface of the comet.

As NPR's Nell Greenfieldboyce reported yesterday, the controlled crash-landing won't have destroyed the spacecraft — it was traveling at about walking speed when it hit the comet. But the antenna will no longer be precisely angled at Earth, and the signal will be lost.

The final impact is believed to have occurred at 6:39 a.m. ET Friday, and the last signals reached Earth around 7:20 a.m. ET.

You can watch live coverage of the event from NASA and ESA in the video above. The final moment was a little anticlimactic: After dramatic images of the comet, the moment of impact was revealed in a chart.

When Rosetta hit 67P, the flow of data and images stopped, and the silence let scientists on Earth know that the mission was over.

5.8 km and counting (down)! Soaking up the sights on this incredible #CometLanding adventure: https://t.co/vxopdNghd8 pic.twitter.com/tFzmB1WTtq

During the final descent, the Twitter account for Rosetta sent out images of the comet as it grew closer and closer — and tweeted farewell to its space-probe friends.

By crashing on 67P, Rosetta is following the journey taken by its famous little lander, Philae, the first probe ever to make a controlled landing on a comet.

Philae sent unprecedented data back to scientists on Earth. Unfortunately, the probe had bounced on its landing and wound up with its solar panels shaded, limiting the amount of power it had. It wound down into silence as its batteries ran out. The Twitter account for the lander marked its quiet demise with tragic tweets — "it's cold and dark," it said.

Rosetta has since documented exactly where on the comet Philae landed, showing how the probe was wedged in a shadowy crack.

The scientists organizing Rosetta's "Grand Finale" apparently prioritized research over sentimentality, and Rosetta's landing site is not near the resting place of Philae.

Rosetta would have to bounce a "long way" on landing to nestle next to its lander, one scientist commented on the livestream.

Nell has more on the scientific implications of Rosetta's mission:

"The time Rosetta spent orbiting this comet has given scientists an unprecedented opportunity to watch one of these icy bodies in detail as it approaches the sun. Most previous comet missions only flew past a comet (one spacecraft, Deep Impact, deliberately collided with a comet), which meant that scientists could retrieve data for only a few hours or days.

"Planning for the mission began in the 1980s, says [Matt Taylor of the European Space Agency].

" 'You're looking at over 30 years to get you to a science target. It takes time and effort,' he says. 'There are scientists and engineers who have spent their lifetime working on this mission.'

"Comets interest scientists because these complicated icebergs could shed light on our solar system's beginnings. 'Comets are the best preserved samples of solar system material from the origin,' says Paul Weissman, a scientist with the Rosetta mission at the Planetary Science Institute. 'They've been totally unmodified since 4.5 billion years ago, when the planets and the sun formed.'

"He says Rosetta has already turned up a lot of surprises. For example, researchers previously thought comets had only small, active areas on the surface that spewed jets of dust and gas.

" 'It turns out, almost all of the surface is active,' Weissman says, 'but it's active at a very low level. So it's a very different mechanism than what we previously thought. This is going to send everybody back to the drawing boards to understand how this mechanism works.' " 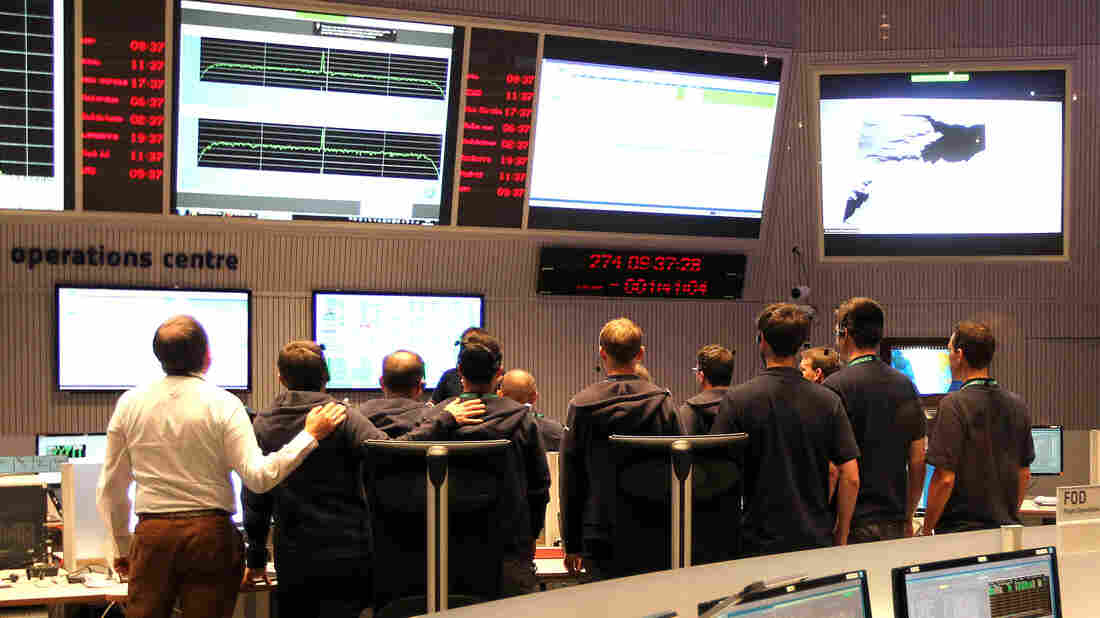 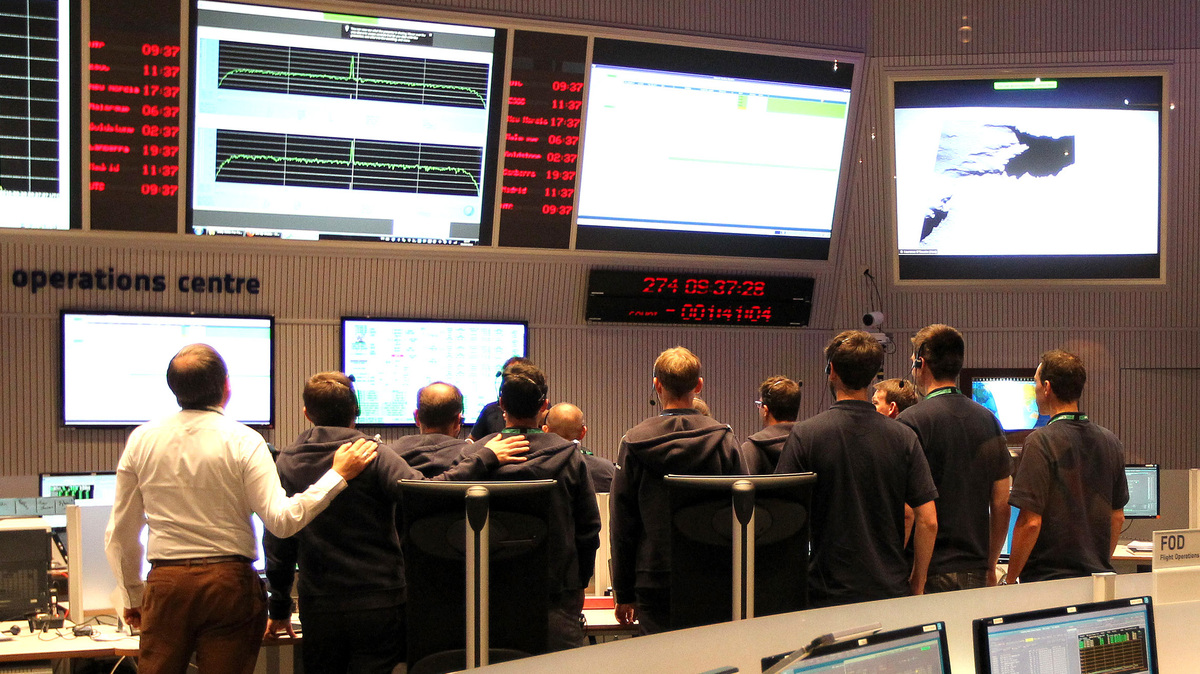 Rosetta was launched in 2004 and reached 67P in 2014. Now it and Philae will be resting on the comet "indefinitely" — traveling through the inner solar system for the next half-million years or so, before being ejected into a more distant orbit, Weissman told Nell.

The Rosetta spacecraft said goodbye to its fans on Earth with a series of tweets, announcing "mission complete" in a variety of languages with cartoons reminiscing over the good times Rosetta and Philae had.

When the series concluded with the two spacecraft hunkering down for an eternal sleepover, more than a few Twitter users confessed they were getting more emotional than they'd expected.

got a little stardust in my eye I think... pic.twitter.com/cJebuMjhcE