Accessibility links
Federal Investigators Find 'Black Box' From Hoboken Train Crash : The Two-Way Investigators are looking into what exactly happened when a commuter train plowed into the Hoboken Terminal at a high speed on Thursday morning. The crash killed one person and injured more than 100. 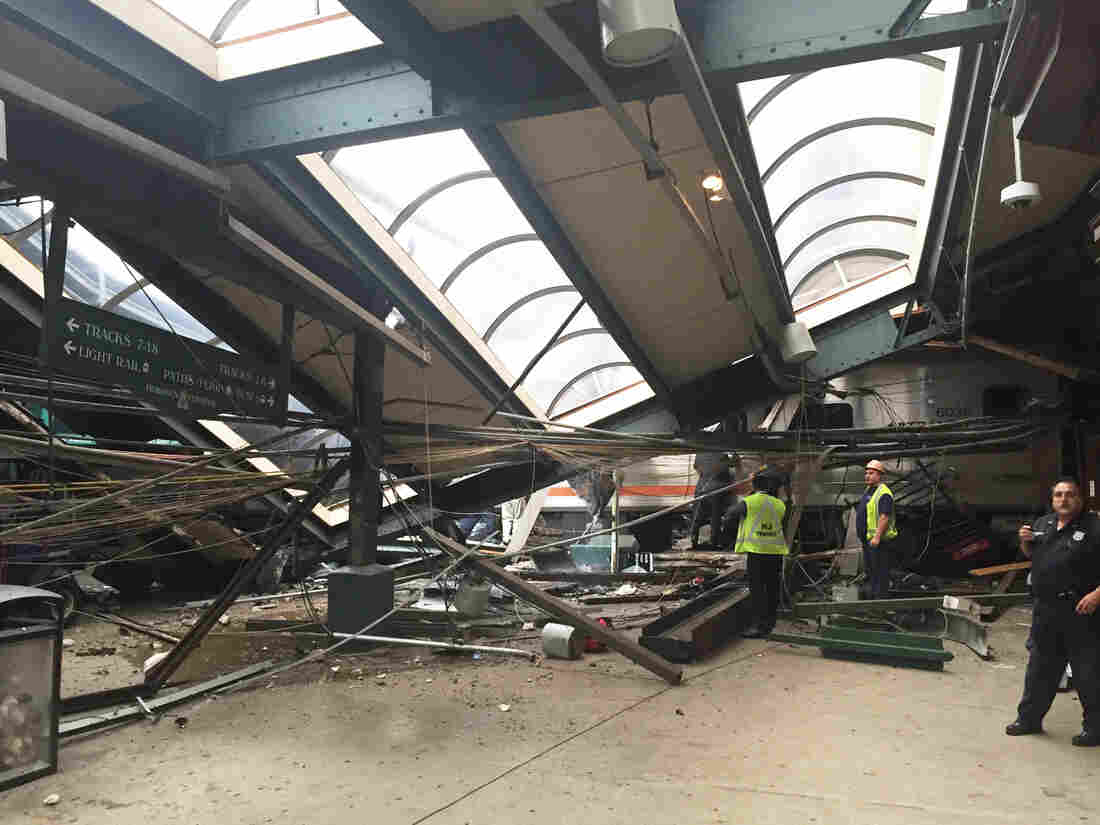 People examine the wreckage of a New Jersey Transit commuter train that crashed into the station in Hoboken, N.J., during the morning rush hour Thursday. Pancho Bernasconi/Getty Images hide caption 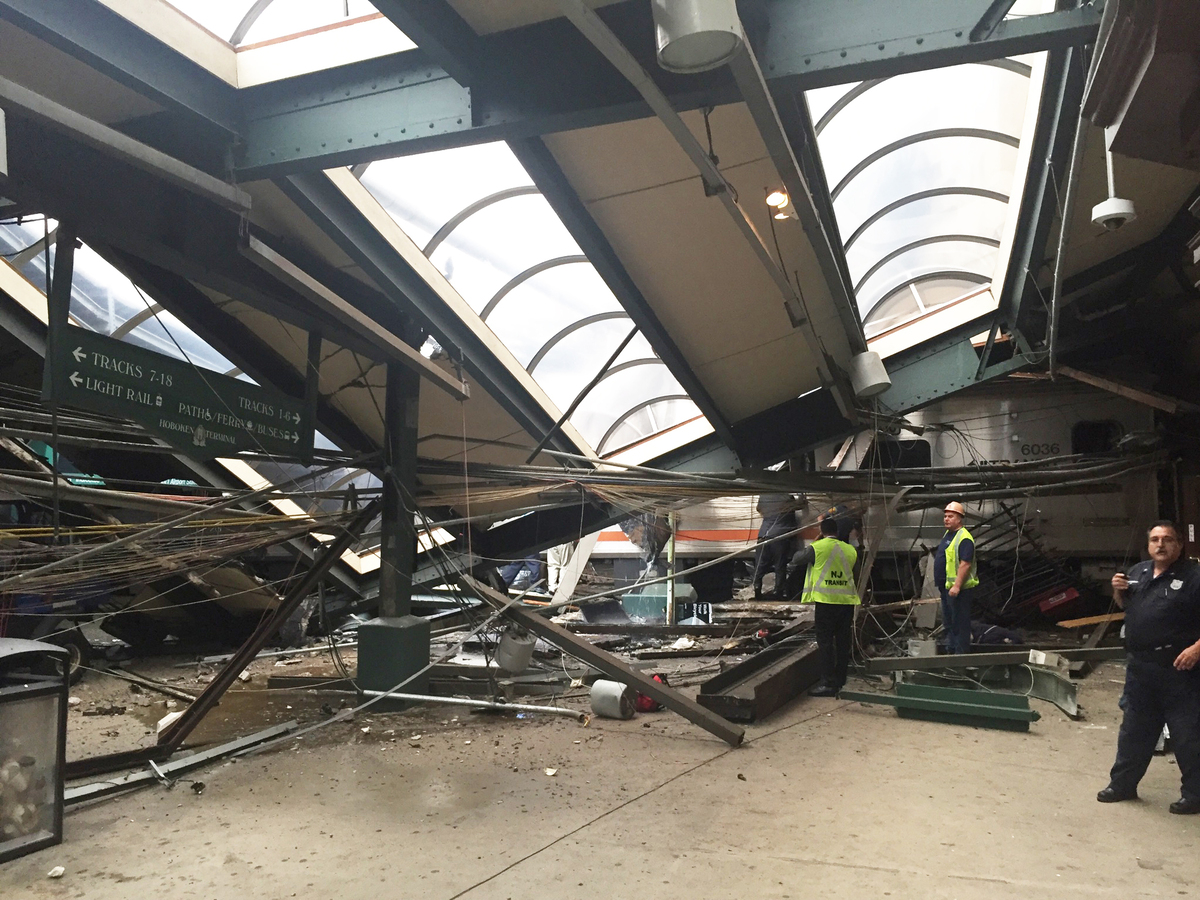 People examine the wreckage of a New Jersey Transit commuter train that crashed into the station in Hoboken, N.J., during the morning rush hour Thursday.

Federal investigators say they have recovered one of the "black boxes" from the commuter train that hit Hoboken Terminal in New Jersey on Thursday, as they work to discover why the train struck the terminal at a high speed.

The crash killed a woman and injured more than 100 people. The accident also caused structural damage to the century-old train station.

NPR's David Schaper says the data recorder uncovered by investigators will help identify key information such as exactly how quickly the train was moving. He says the speed limit approaching the station is 10 mph, and experts have told him that the train would have had to be moving at 20 miles an hour or faster to crash through the barriers at the end of the track the way it did.

The train's data recorders can also reveal things like throttle position that can show what the operator was doing, former National Transportation Safety Board chair Debbie Hersman told David.

Bob Swint, CEO of ATA Associations, a forensic engineering firm that reconstructs accidents such as the Hoboken crash, told David that so far he suspects — depending on what other evidence comes to light — that the train's operator was somehow incapacitated.

"Whether it was inattention, fatigue, illness ... this is something that operators are trained to do. Coming into a rail station is one of the most sensitive things you do — you come in slow," Swint said.

The engineer of the train that crashed into Hoboken Terminal survived the crash and has been released from the hospital, David reports, and is cooperating with authorities.

Federal investigators now at the crash site will be looking for the second data recorder, as well as examining the tracks and other physical evidence and stabilizing the wreckage.

One question that will be explored by investigators is whether positive train control, or PTC, could have prevented the accident. That technology, which allows a train to be automatically slowed or stopped in case of operator error or another problem, was not installed on the train that crashed into Hoboken Terminal, David says.

"All railroads have to have the technology in place by 2018, but many commuter rails are behind," he explained on Morning Edition. "It's just very complex and very expensive and commuter railroads, only a few of them have them so far."

The Associated Press notes that even without PTC, there were other safeguards installed at Hoboken Terminal:

"NJ Transit trains have an in-cab system that is designed to alert engineers and stop locomotives when they go over 20 mph, according to an NJ Transit engineer who spoke on condition of anonymity because he was not authorized to discuss the accident.

"Trains like the one in Thursday's crash also are equipped with a system that sounds a loud alarm and eventually stops the train if the engineer goes 15 to 20 seconds without touching the controls.

"But it was unclear whether those mechanisms kicked in or would have made a difference if they had."