Accessibility links
Roy Moore Is Suspended For Rest Of Term As Alabama's Chief Justice Over Same-Sex Marriage Stance : The Two-Way The head of the state's Supreme Court loses his judicial ethics case and is ordered to pay the costs of the proceedings against him. 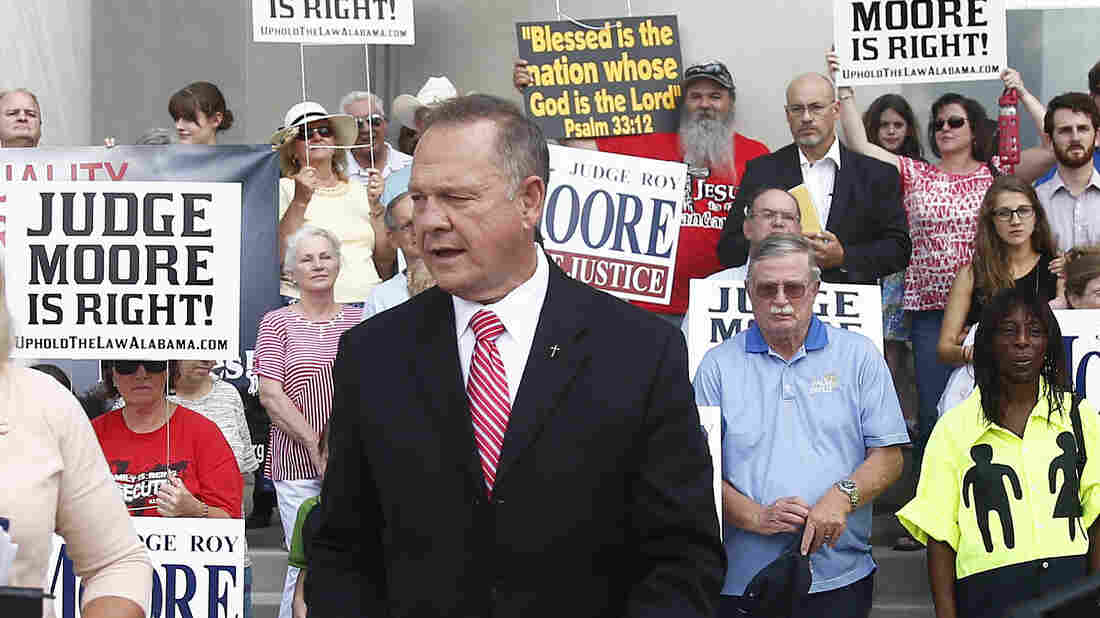 Alabama Chief Justice Roy Moore, seen here addressing the media in August, won't be paid for the rest of his term and must pay court costs. Brynn Anderson/AP hide caption 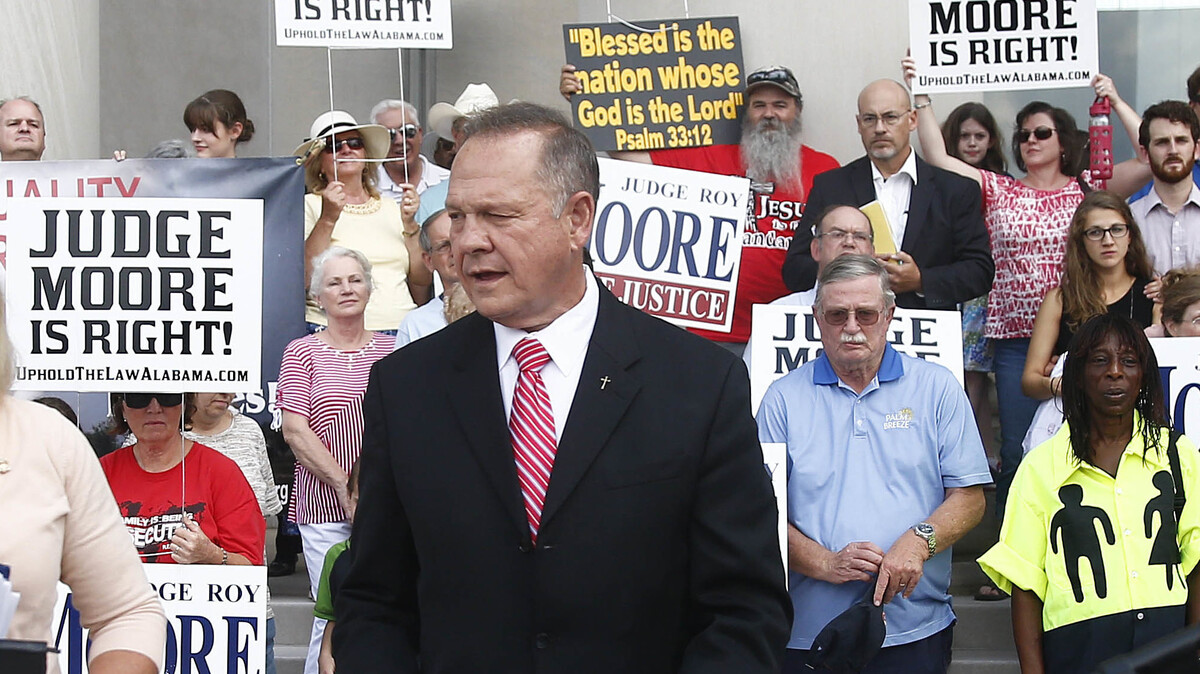 Alabama Chief Justice Roy Moore, seen here addressing the media in August, won't be paid for the rest of his term and must pay court costs.

Saying that Alabama Chief Justice Roy Moore violated judicial ethics when he ordered judges not to respect the U.S. Supreme Court's landmark ruling on same-sex marriage, Alabama's Court of the Judiciary suspended Moore for the rest of his term in office.

The order also requires the head of Alabama's highest court to pay the costs of the proceedings against him and stipulates that he will not be paid for the remainder of his six-year term.

Alabama's next election for the chief justice post is scheduled for 2018.

"After his term though, Moore's age will disqualify him from running for judge," notes Alabama Public Radio, which adds that Moore could file an appeal to send his case to the state's supreme court.

The judgment against Moore was unanimous. But the nine-member court also noted that the decision is based on a review of Moore's behavior and decisions, not on the justices' views of the Supreme Court's June 2015 ruling that same-sex couples have the right to marry — contrary to Alabama's law, adopted in 2016, that had reserved marriage for heterosexual couples only.

Saying that "some members of this court did not personally agree with" the U.S. Supreme Court's ruling, the judges wrote, "This court simply does not have the authority to reexamine those issues."

Here's how NPR's Debbie Elliott laid out the case against Moore, when it began earlier this week:

"Moore forced the debate last year when he issued orders in conflict with a Mobile, Ala., federal judge's ruling that struck down the state's ban on same-sex marriage. Here's what he told NPR at the time:

" 'If we sit back and let the federal courts intrude their powers into state sovereignty, then we're neglecting everything about which the Constitution stands,' Moore said.

"The result was confusion in marriage license offices throughout Alabama. Some closed down altogether. Even after the U.S. Supreme Court affirmed marriage equality, Moore told local judges that they had a 'ministerial duty not to issue any marriage license contrary to' state laws forbidding same-sex marriage."

For Moore, this is the second high-profile dispute that has cut short his term leading the Alabama Supreme Court. In 2003, he was removed from office after refusing a federal court's order to remove a prominent display of the Ten Commandments from the state judicial building. Alabama voters elected him to the office again in 2012.