Accessibility links
Texas Pulls Out Of Federal Refugee Resettlement Program : The Two-Way Gov. Greg Abbott's announcement means that aid agencies will have to deal directly with the federal government. State services and benefits for refugees in Texas are expected to end in January. 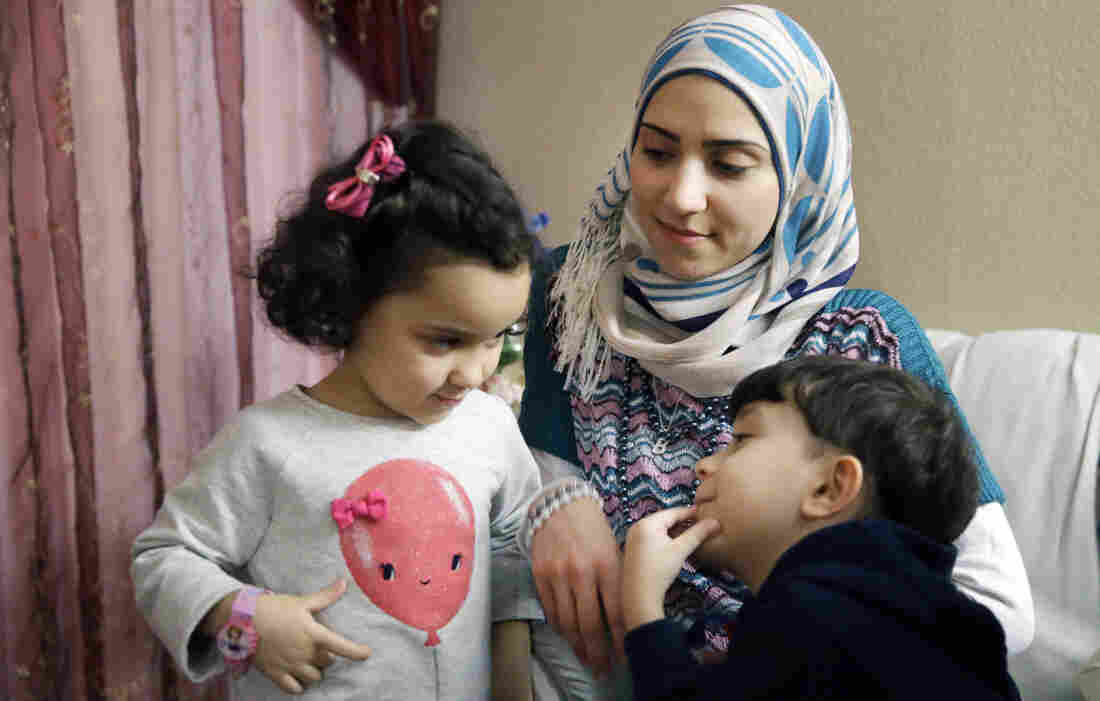 Syrian refugee Maryam al-Jaddou sits with her children Maria (left) and Hasan in their apartment in Dallas. Jaddou says she decided to leave Syria in 2012 after her family's home in Homs was bombed and there was nowhere safe left to live. LM Otero/AP hide caption 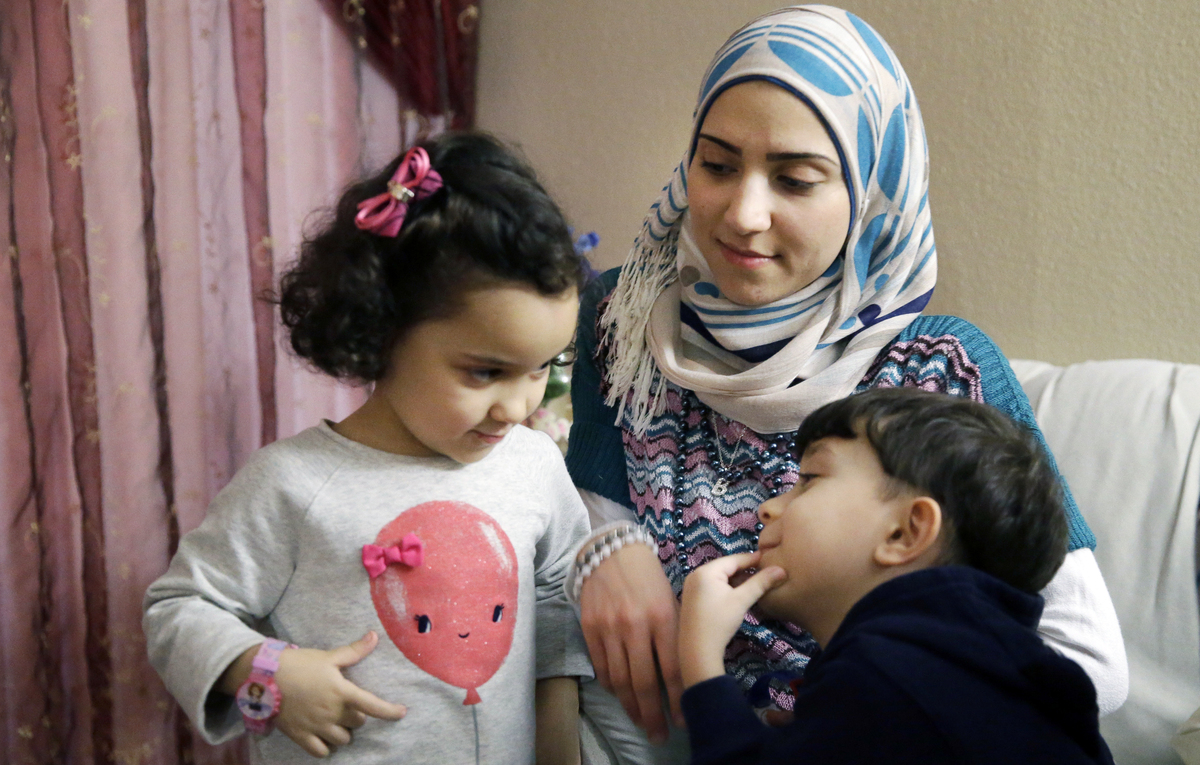 Syrian refugee Maryam al-Jaddou sits with her children Maria (left) and Hasan in their apartment in Dallas. Jaddou says she decided to leave Syria in 2012 after her family's home in Homs was bombed and there was nowhere safe left to live.

Texas has announced that it is withdrawing from the federal Refugee Resettlement Program, citing security concerns.

Gov. Greg Abbott's announcement means that "refugees will continue to come to Texas, albeit without the state acting as the middleman between federal dollars and local resettlement agencies," according to the Austin American-Statesman.

"Texas has repeatedly requested that the Director of the Federal Bureau of Investigation and the Director of National Intelligence provide assurances that refugees resettled in Texas will not pose a security threat, and that the number of refugees resettled in Texas would not exceed the State's original allocation in fiscal year 2016 — both of which have been denied by the federal government," Abbott said in a statement obtained by member station KUT.

"As governor," he added, "I will continue to prioritize the safety of all Texans and urge the federal government to overhaul this severely broken system."

Abbott made the announcement on the day of a deadline for Texas and the federal government to negotiate next year's refugee resettlement budget for the coming year, Ashley Lopez of KUT reports.

She says that some 7,000 refugees resettled in Texas last year — "more than any other state in the country."

The U.S. government has repeatedly said that resettlement candidates undergo an exhaustive screening process before they arrive in the U.S. It's become a deeply partisan issue, with Abbott and many other Republicans arguing that refugees could pose a security risk.

And as Lopez reports, "The state needs to give the federal government 120 days notice to withdraw, meaning its involvement will officially end at the end of January."

This means aid groups will shoulder more responsibility when it comes to refugees. According to the American-Statesman, "Resettlement groups have said that the state's withdrawal from the program will not stop refugees from being resettled in Texas with federal monies being channeled to the state programs through a nonprofit structure instead of through the state."

This means the "statewide infrastructure will have to be reworked" and "some state workers could also lose their jobs," Lopez says. It's also possible that services could be interrupted.

Simone Talma Flowers of Interfaith Action of Central Texas says she fears "that feeling that Texas is a welcoming place could be lost," Lopez reports.

And Aaron Rippenkroeger of Refugee Services of Texas tells Lopez, "It's disappointing to hear some of the negative rhetoric that's catching up to some of these people [who] have been through so much. ...They have done nothing other than run away from a conflict."

Two other states, Kansas and New Jersey, have also withdrawn from the federal refugee resettlement program, according to The Associated Press.