Accessibility links
Global Poverty Declines Even Amid Economic Slowdown, World Bank Says : The Two-Way The number of people living in extreme poverty continues to plunge despite slowing global growth, the World Bank says. More than 1 billion people rose out of poverty between 1990 and 2013, it says. 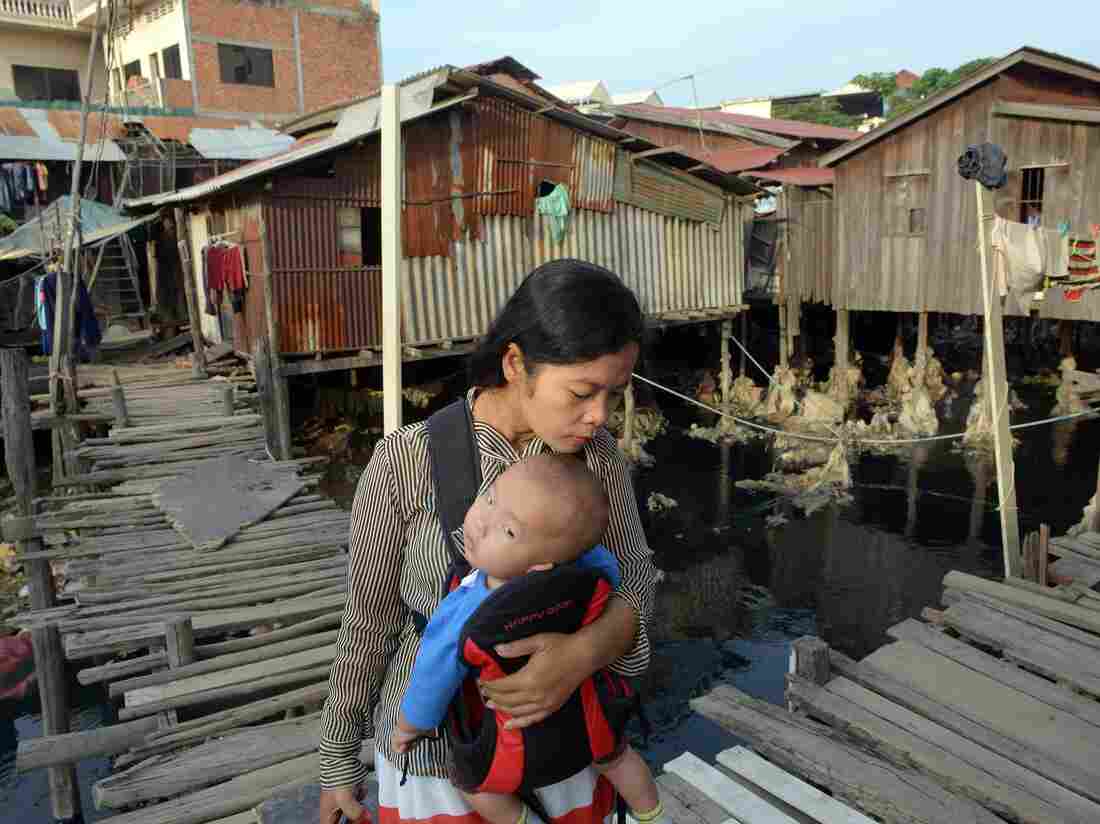 A Cambodian woman carries her baby and walks past a wooden bridge over a polluted canal in Phnom Penh in 2013. Cambodia was one of several countries the World Bank studied where income inequality declined in recent years. Tang Chhin Sothy/AFP/Getty Images hide caption 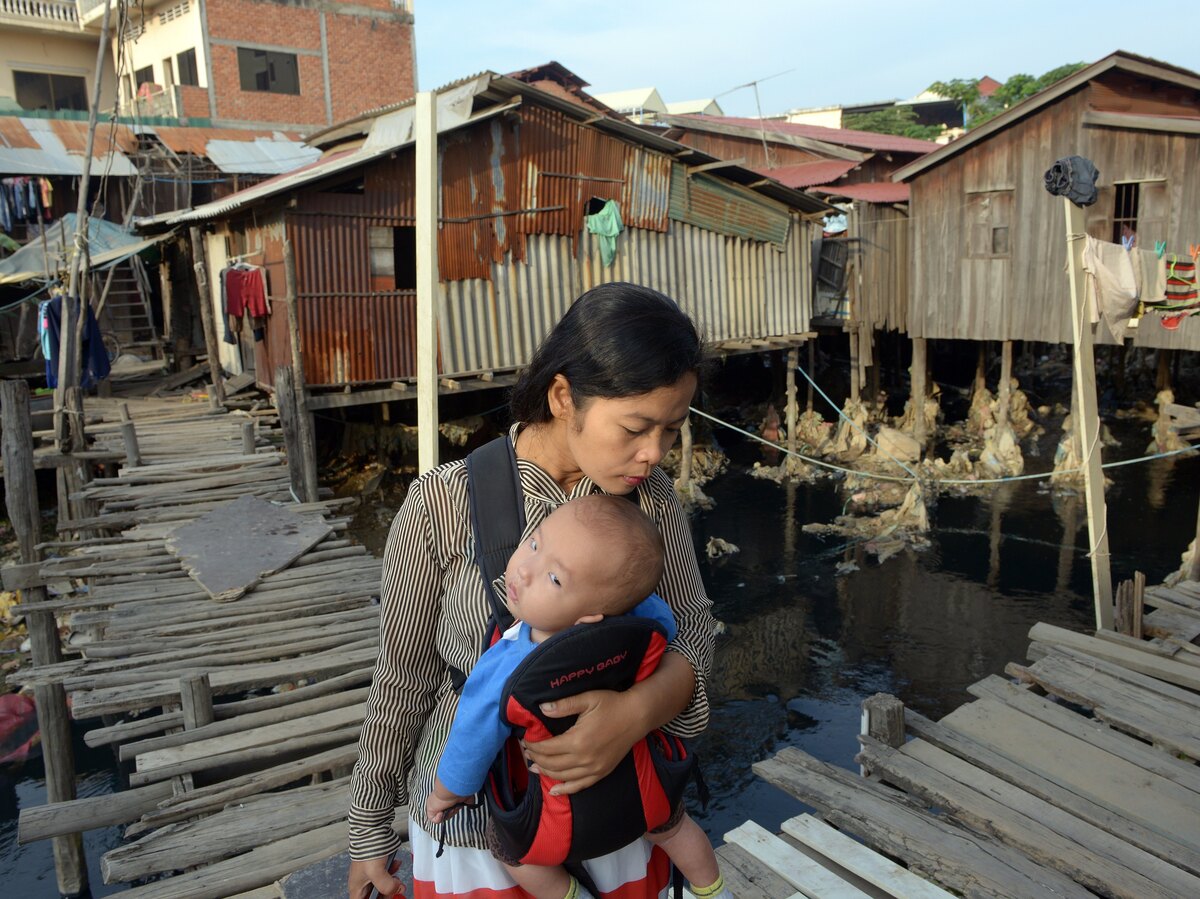 A Cambodian woman carries her baby and walks past a wooden bridge over a polluted canal in Phnom Penh in 2013. Cambodia was one of several countries the World Bank studied where income inequality declined in recent years.

The number of people living in extreme poverty is continuing to plunge, despite the 2008-09 financial crisis and slowing global economic growth, according to a World Bank study released Sunday.

In the report, "Poverty and Shared Prosperity," the World Bank says the progress proves that eliminating extreme poverty is an achievable goal.

That means about 1.1 billion people rose out of extreme poverty.

Even with a rocky global economy, earnings rose for the poorest 40 percent of people in 60 out of 83 countries studied between 2008 and 2013. In all, about 100 million fewer people were living in dire poverty in 2013, compared with 2012, the World Bank said.

The researchers tie future poverty declines to reducing inequality. Between 2012 and 2013, the income gap shrank in 49 of 83 countries studied. The World Bank hopes to use lessons from those countries to combat inequality where it persists.

How To Eliminate Extreme Poverty In 169 Not-So-Easy Steps

"We hear a lot about rising inequality," said researcher Ana Revenga, in a conference call with journalists. But in reality, "inequality has come down in the last 10 years" in many low- and middle-income countries, she said.

Another researcher, Francisco Ferreira, said that inequality is "not rising inexorably everywhere. ... It can and has been successfully reduced."

There's A 'Glaring' Gap In The War Against Poverty And Disease

Though poverty and inequality have continuously trended down, Ferreira said, "the pockets of poverty that remain will become increasingly harder to reach and address."

The most significant contributions to declining poverty between 2012 and 2013 came from East Asia and the Pacific. With smaller proportions of people in those regions living in poverty, their contributions to future declines will shrink. Now, 50 percent of extremely poor people live in sub-Saharan Africa.