Accessibility links
Colombian Peace Deal Result: Voters Reject Agreement With FARC : The Two-Way The agreement, which was signed last week, would have ended more than a half-century of war between the government and FARC rebels. By a slim majority, Colombians voted against the deal Sunday. 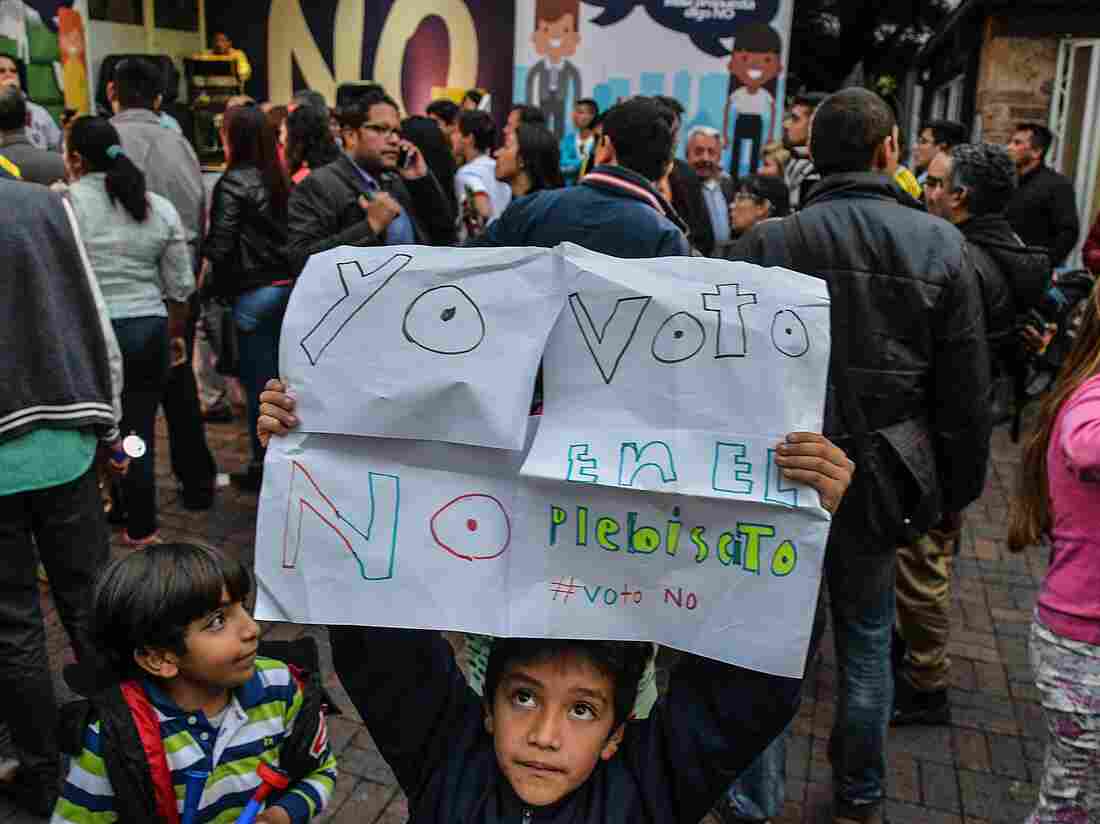 A boy celebrates after finding out the results of the referendum on the peace accord. Luis Acosta/AFP/Getty Images hide caption 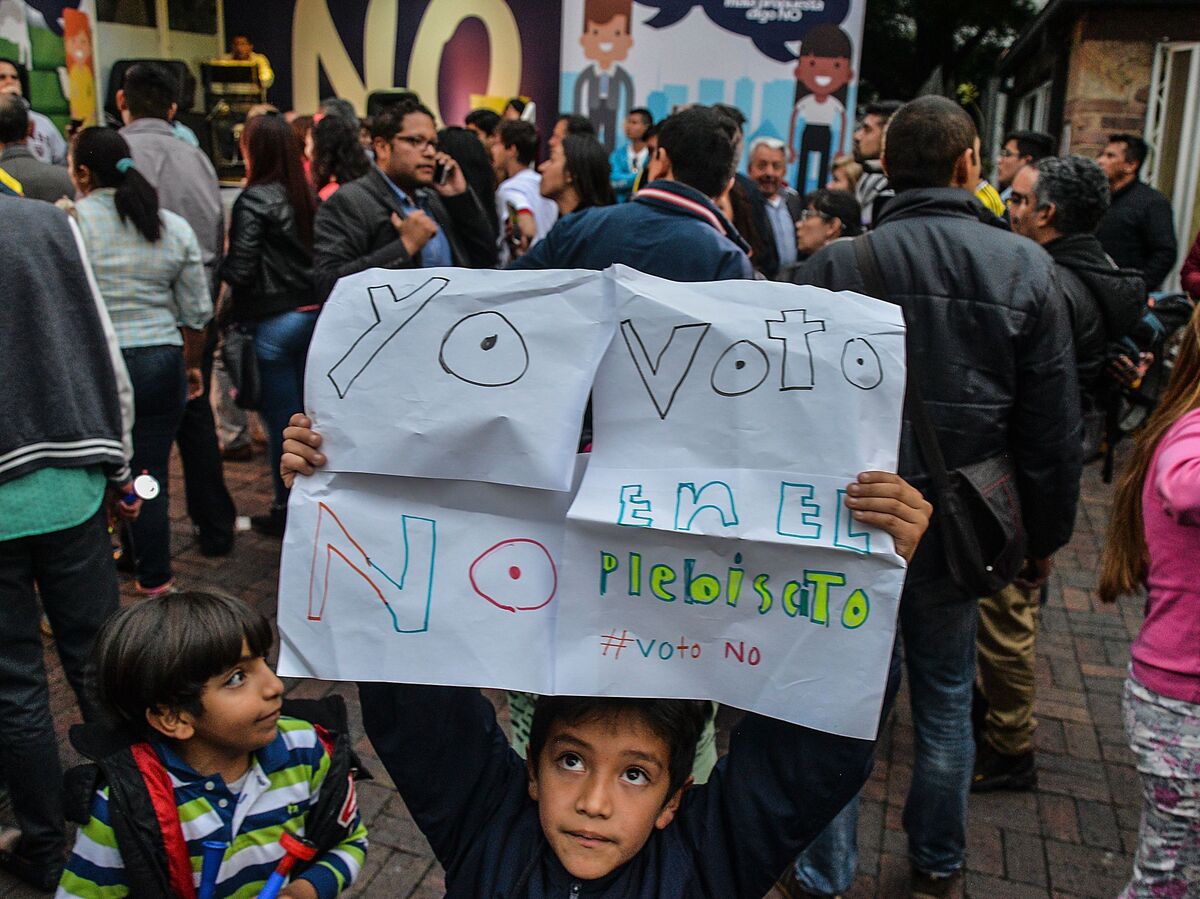 A boy celebrates after finding out the results of the referendum on the peace accord.

Those stark options faced Colombians on Sunday — and, by a margin of less than 1 percentage point, Colombians voted to remain at war. In a referendum that aimed to end Latin America's longest guerrilla conflict, voters rejected a peace agreement that would have disarmed the Marxist rebel group known as the FARC. The conflict, which began in the 1960s, has killed more than 200,000 people.

The question on the ballot was: "Do you support the final accord to end the conflict and to construct a stable and lasting peace?" The answer was to be decided by a straight-up majority.

Had the "yes" vote triumphed, the FARC would have had six months to gather its 5,800 foot soldiers in special zones around Colombia, where they were to turn in their weapons to U.N. inspectors. The FARC had also pledged to get out of the cocaine smuggling business, help the army locate and destroy landmines, and to apologize to its victims. The FARC's long-term goal is to form a left-wing political party.

For its part, the government had pledged a peace dividend with the end of war, promising to invest huge sums in land reform and to build roads, schools and clinics in the impoverished rural areas that gave rise to the FARC back in the 1960s. It had also predicted a boom in foreign investment and tourism.

But now, it's not entirely clear where the negotiations will go from here — or if they even have a future. Colombian President Juan Manuel Santos, who spent nearly four years negotiating the peace deal with the FARC, claimed before the referendum to have no Plan B. President Santos has insinuated that a "no" vote would mean a return to war. A cease-fire that has been in place for the past year could dissolve while a U.N. team sent to monitor the peace accords would be sent home, said Humberto de la Calle, the government's chief negotiator.

The rejected referendum follows three failed efforts at peace talks with the FARC, dating back to the 1980s.

Many Colombians despise the FARC due to the rebel group's involvement in massacres, kidnappings and other human rights abuses. They are also angry over provisions in the accords that would allow rebels accused of war crimes to escape prison if they confess before a special tribunal. In addition, some feared the government intends to raise taxes to pay for its expensive post-conflict development plans.

But before ballots were cast, both government and FARC leaders had expressed confidence that the "yes" vote would triumph and were already moving forward with some of the provisions in the peace accords aimed at fomenting national reconciliation.

On Friday, FARC commanders traveled to the northern Colombian town of Apartadó where they apologized for a 1994 massacre in which the guerrillas killed 22 people whom they accused of belonging to a rival rebel faction.

"Everyone makes mistakes," FARC commander Iván Márquez told relatives of the victims. "But speaking the truth, pure and simple, can cure wounds of the soul, no matter how deep they are."

It is now unclear what will happen to the FARC rebels who were preparing to turn over their weapons to U.N. inspectors.