Accessibility links
One Year After Tragic U.S. Attack In Kunduz, The Taliban Gains Ground Again : The Two-Way The Taliban are taking back territory in both northern and southern Afghanistan. Amidst the fighting, a Kunduz hospital attacked by the U.S. one year ago is planning to reopen.

One Year After Tragic U.S. Attack In Kunduz, The Taliban Gains Ground Again

One Year After Tragic U.S. Attack In Kunduz, The Taliban Gains Ground Again 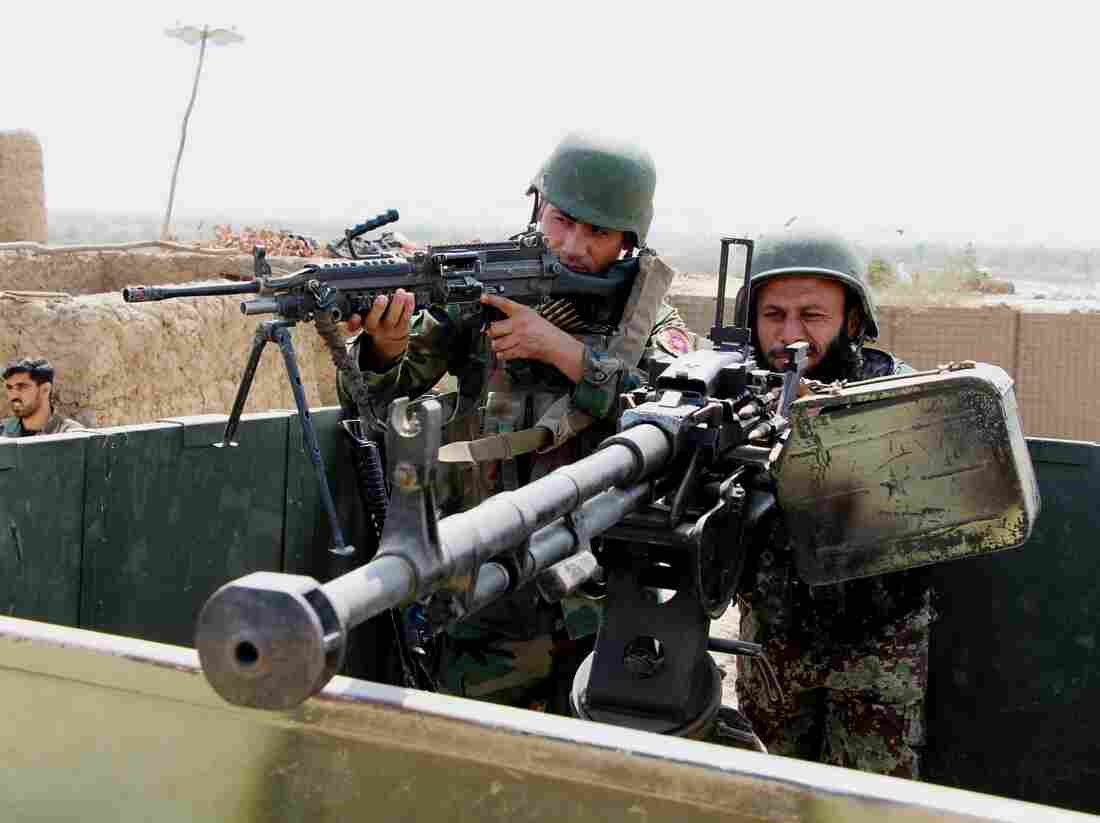 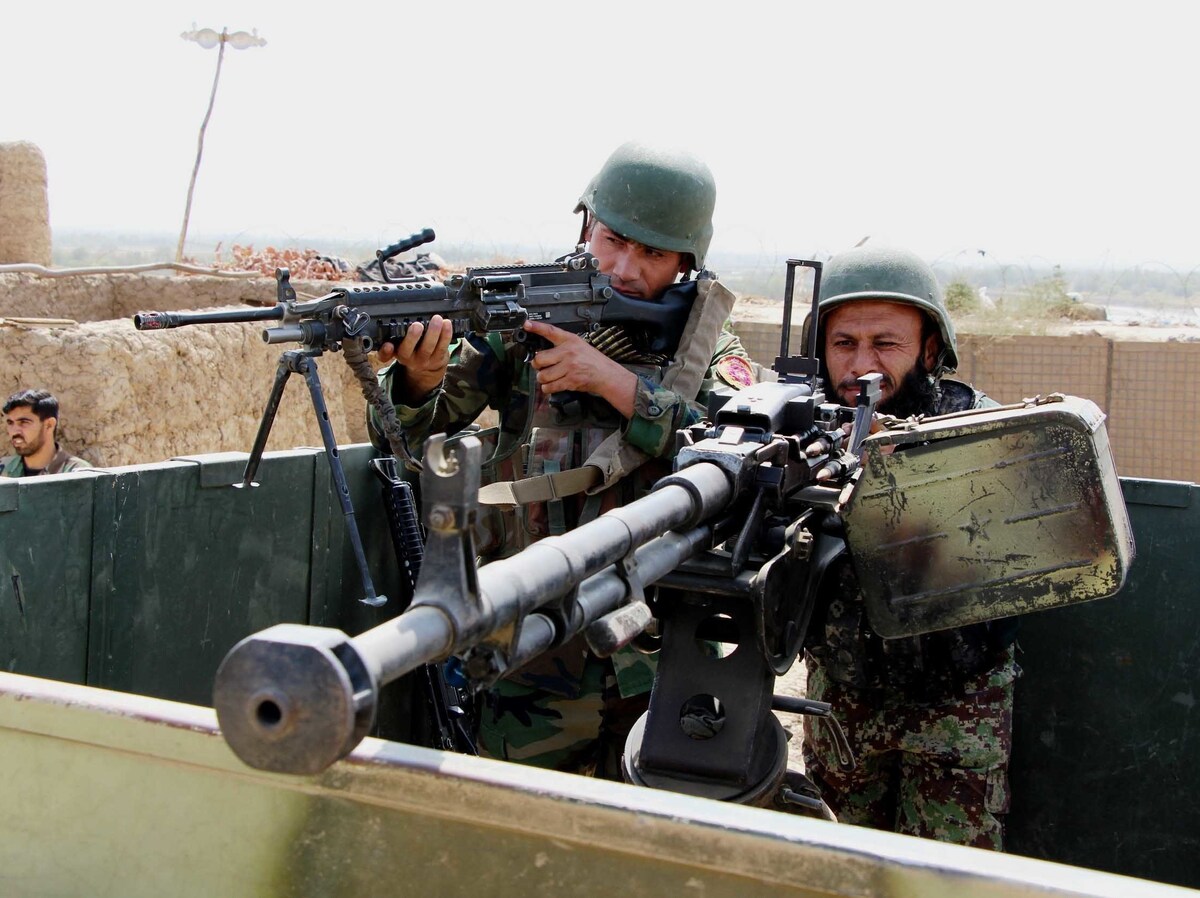 One year after the U.S. military attacked a Doctors Without Borders hospital in Kunduz, Afghanistan, the security situation in the city is deteriorating once again.

Kunduz, in northern Afghanistan, was briefly seized by the Taliban last year. At the time, it was the first major urban center to be taken by the militants since the U.S. invaded the country in 2001, removing the Taliban government from power. After Kunduz was overrun, U.S. Special Forces helped the Afghan military take back the city, and it was during that fighting in early October 2015 that an American gunship attacked a hospital run by Doctors Without Borders and killed 42 people.

Doctors Without Borders has repeatedly called the attack a war crime, and at an event in Geneva commemorating the victims on Monday, Kathleen Thomas, an Australian doctor who survived the attack, said of violence against hospitals in conflict zones, "These are not mistakes made in the fog of war. This is a tactic of war." 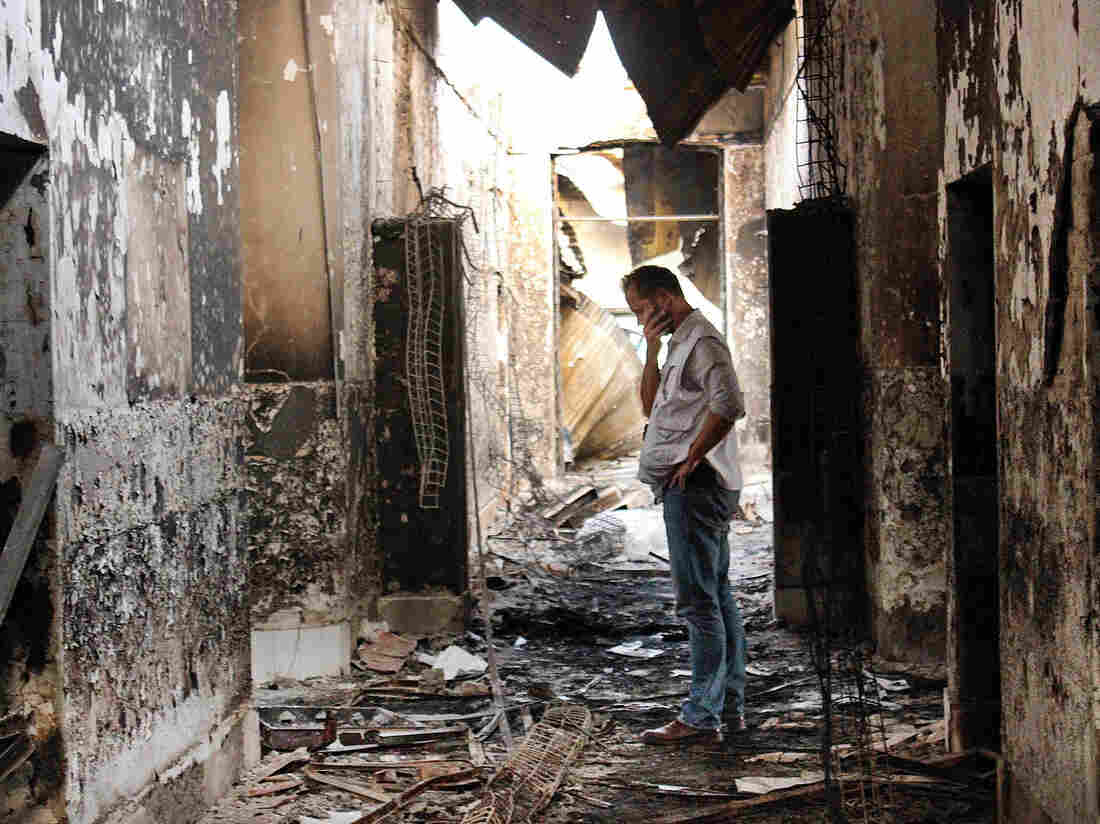 An October 2015 photo inside the remains of a Doctors Without Borders hospital after it was hit by a U.S. airstrike in Kunduz, Afghanistan. The organization is planning to reopen the hospital and has met with the U.S. military about preventing future attacks. Najim Rahim/AP hide caption 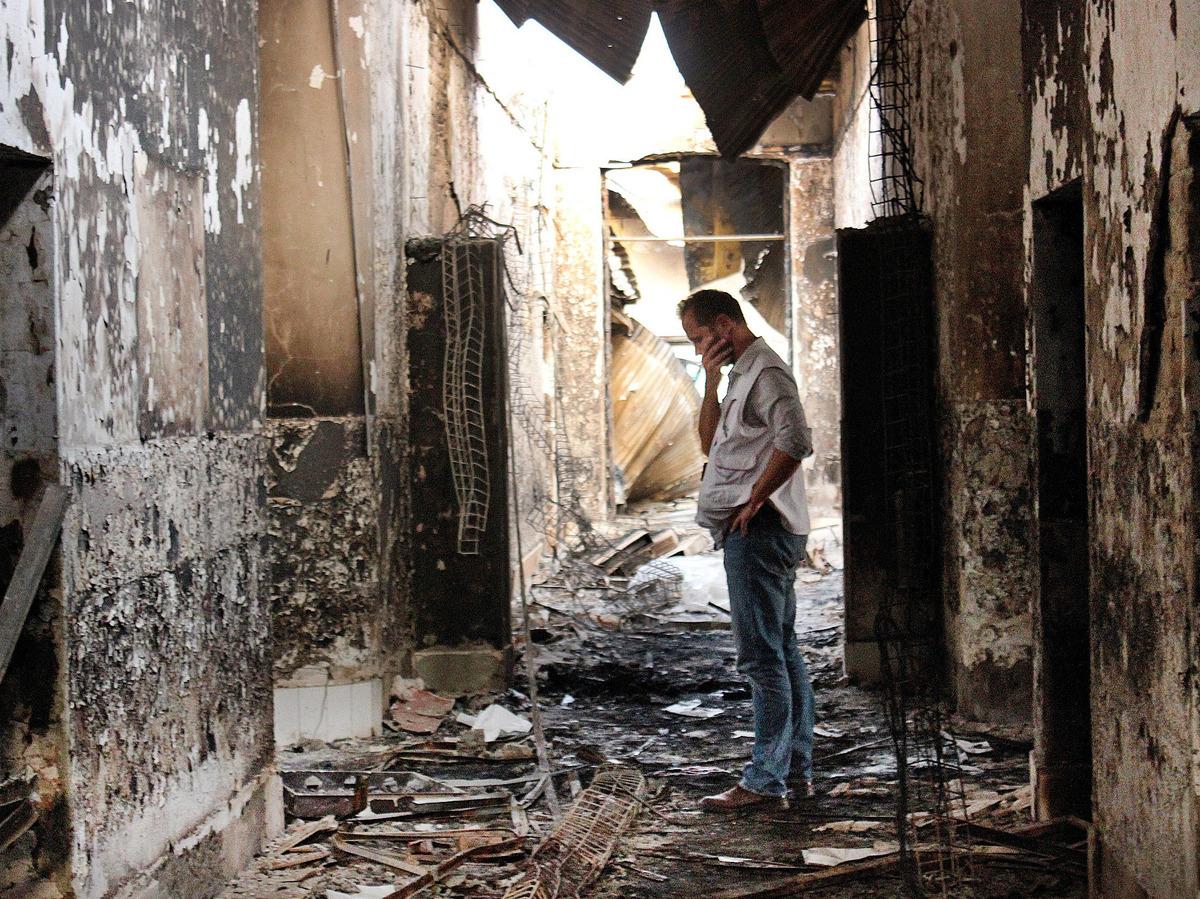 An October 2015 photo inside the remains of a Doctors Without Borders hospital after it was hit by a U.S. airstrike in Kunduz, Afghanistan. The organization is planning to reopen the hospital and has met with the U.S. military about preventing future attacks.

A Pentagon investigation released in April found the Kunduz attack was the result of multiple mistakes and did not amount to a war crime. Sixteen people were disciplined. Now, one year later, Doctors Without Borders expects to reopen the hospital in Kunduz, and Pentagon sources tell NPR's Tom Bowman the aid group has met with senior U.S. military officials in an effort to prevent such tragedies in the future.

Meanwhile, the Taliban has also been making gains in the southern part of Afghanistan, in the country's lucrative poppy cultivation center of Helmand province. As in the north, U.S. soldiers on missions to train and advise the Afghan security forces have found themselves increasingly drawn into battles. In January, an American Green Beret was killed in Helmand province, months after President Obama announced the U.S. combat mission in Afghanistan was officially over. In August, another American service member died in a roadside bomb attack, also in Helmand province.

The U.S. military said in a statement that a U.S. service member was killed Tuesday in Afghanistan's northeastern Nangarhar province while carrying out anti-ISIS operations.

There are currently about 8,400 U.S. troops in Afghanistan.

Tom traveled to Helmand province earlier this year. He says it has long been considered the most dangerous province in the country, and the security situation has only gotten worse since the U.S. scaled back its mission:

"During the past year, the Taliban seized more territory from Afghan forces, who for the first time were in charge of their own security, receiving little American help.

"Late last year, the American command realized they could actually lose the entire province, so hundreds of U.S. soldiers were quickly sent to Helmand to shore up the Afghan army, instructing the troops in everything from firing mortars to clearing roadside bombs. American Green Berets accompanied Afghan commandos on missions, while U.S. airstrikes helped the Afghans push the Taliban back in some areas.

"Still, even with that U.S. assistance, the insurgents are still strong in Helmand and are now threatening the provincial capital, Lashkar Gah. This week the Taliban grabbed control of the Nawa district center, just to the south of the capital, before Afghan troops won it back."

The Taliban offensives come on the eve of a crucial donor conference between the Afghan government and international governments and organizations that begins in Brussels on Tuesday. On its website, the Afghan Ministry of Foreign Affairs describes the conference as an opportunity for the country to showcase its reforms and secure financial and political backing from the international community for the next four years.

A report by the watchdog organization Integrity Watch Afghanistan estimated about 70 percent of the country's national budget comes from international aid. In April, the International Monetary Fund, which supports multiple programs in Afghanistan, said in a statement that the country needs to secure "substantial grant financing from donors to finance development and security needs" in 2016.