Accessibility links
Google Goes All-In On Hardware With 'Pixel' Phone, Home Assistant, VR Headset : The Two-Way The tech giant has been outmaneuvered in consumer products, namely by Amazon's Echo and Apple's iPhone. Google is now betting on its artificial intelligence progress to stage a comeback. 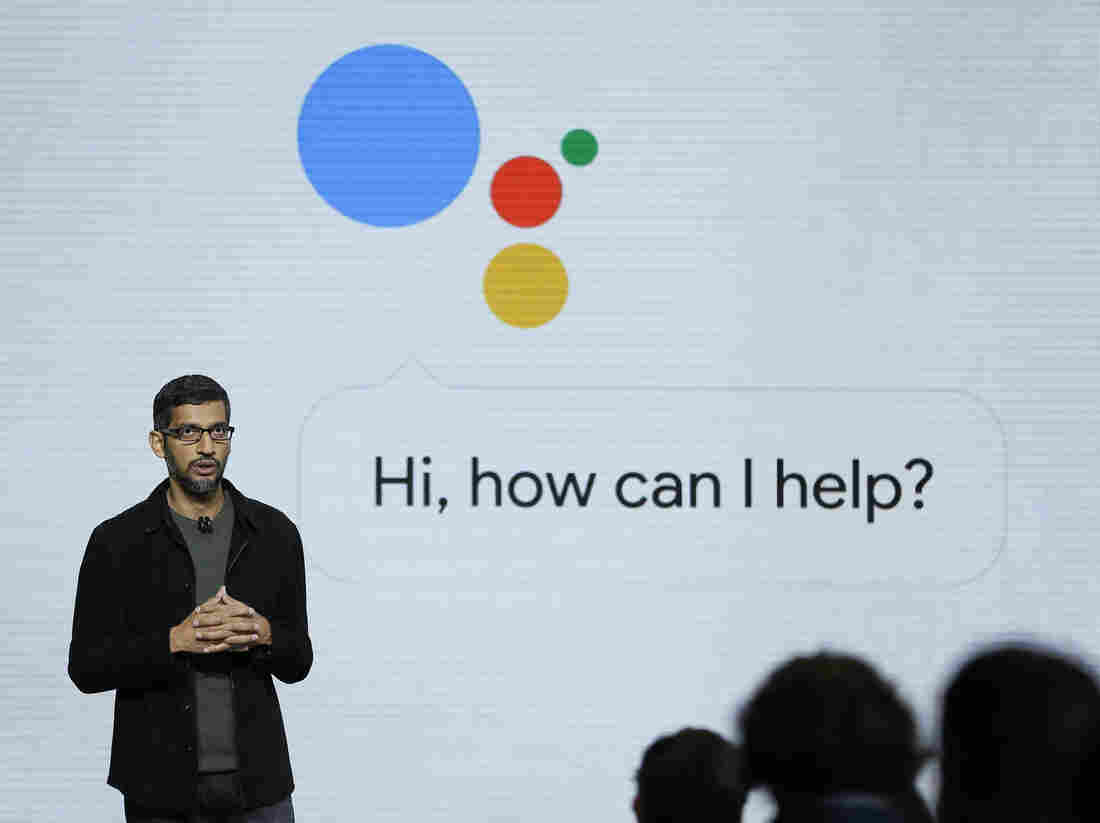 Google CEO Sundar Pichai talks about the Google Assistant, which will power the company's new line of smartphones and a voice-activated speaker. Eric Risberg/AP hide caption 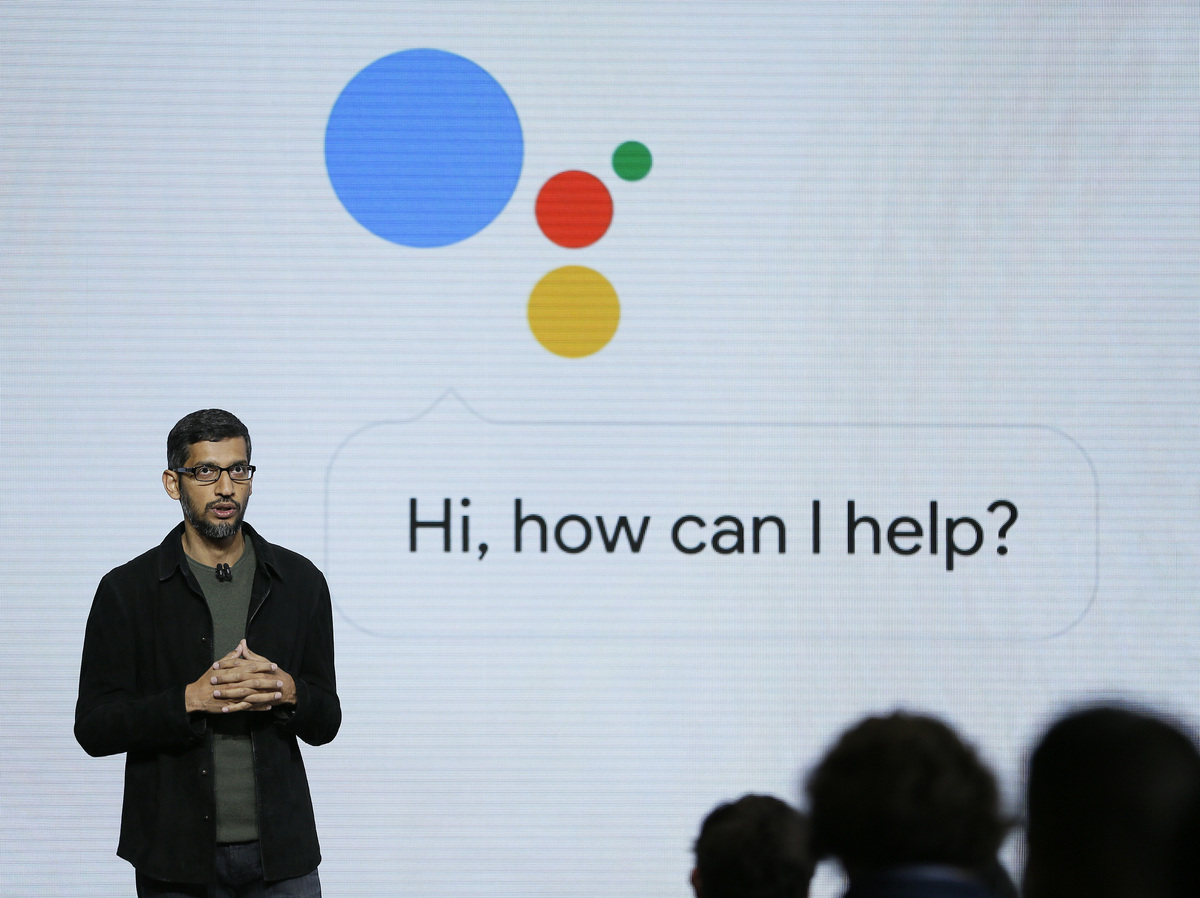 Google CEO Sundar Pichai talks about the Google Assistant, which will power the company's new line of smartphones and a voice-activated speaker.

Google's products are everywhere: maps, Gmail, the Chrome browser, the Chromecast video/audio system, the Android mobile operating system, YouTube, Waze. But the company has been far less successful at selling things rather than software.

Earlier this year, Google scrapped the project to build a modular phone; its Nexus phones and tablets are laggards of the industry; and we'll never forget the crash-and-burn of Google Glass.

But the tech giant is doubling down, with a release of multiple new devices, including a Pixel smartphone and a Google Home voice-controlled digital assistant speaker.

The bet is on artificial intelligence to build on Google's vast troves of searchable information and existing applications and take people's interactions with computers to a new level.

It's a showcase of Google Assistant — the smart computing push from the company to rival Apple's Siri and Amazon's Alexa. "It's like your own personal Google," CEO Sundar Pichai says. 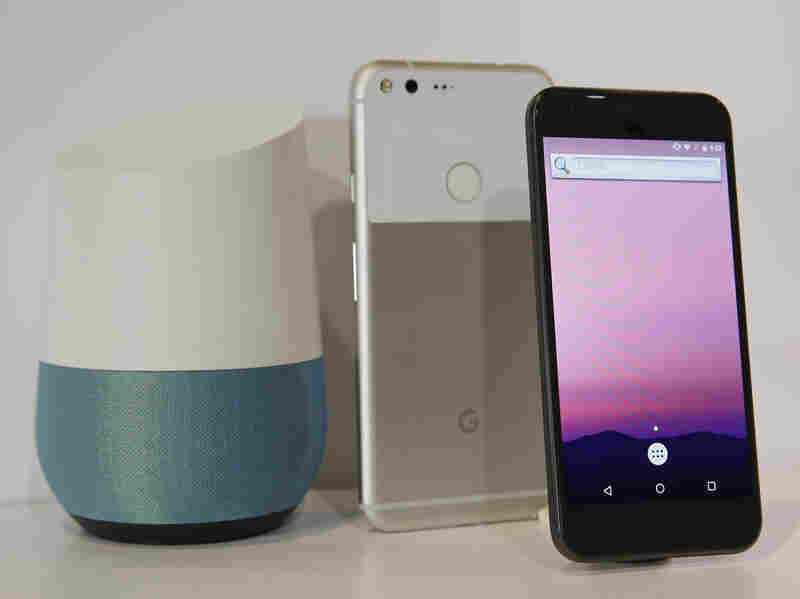 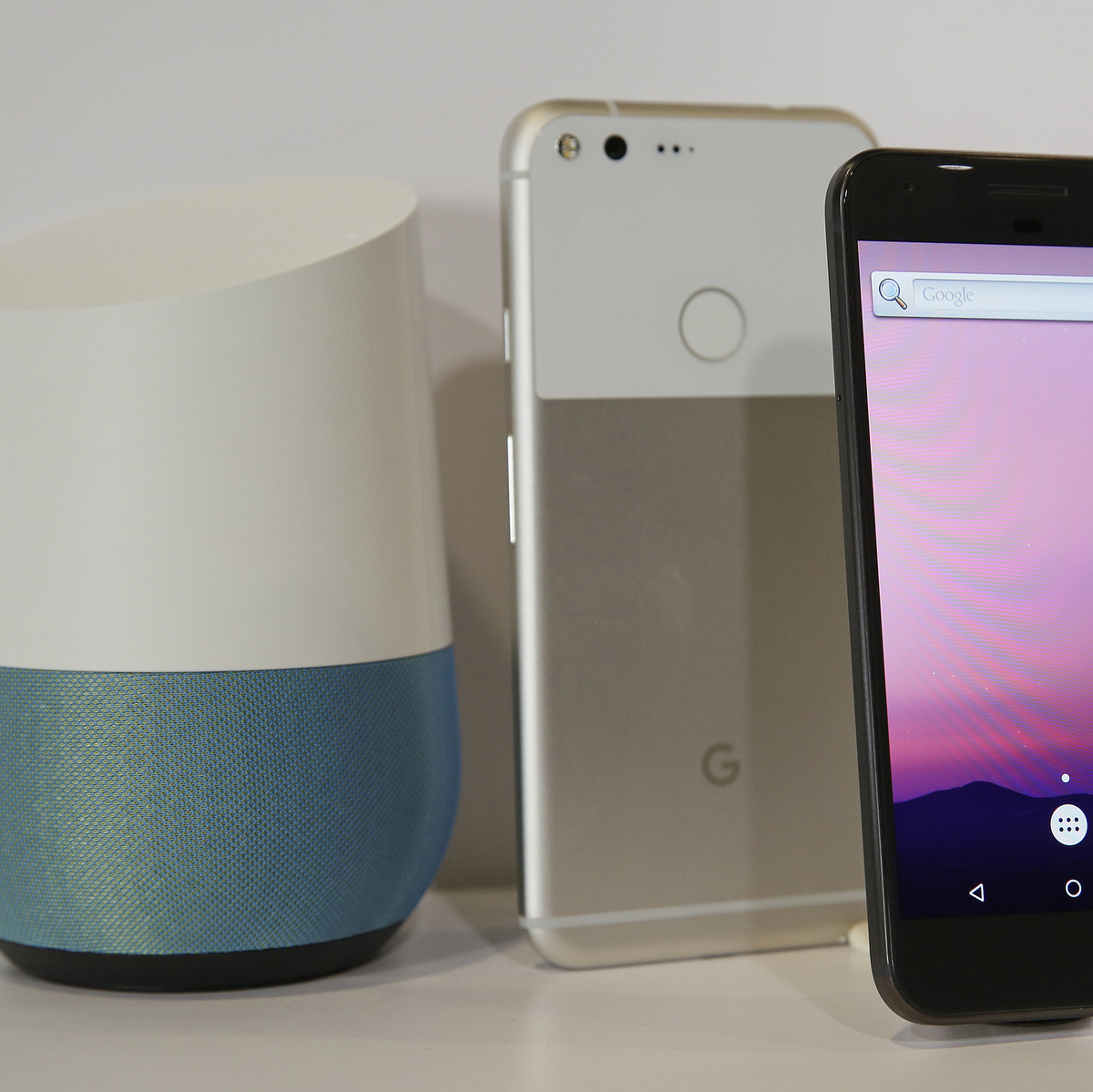 The company showed off some examples: Voice-activated Google Assistant looks up restaurants mentioned in a texting conversation, helps make reservations and charts directions, finds and plays "that Shakira song from Zootopia," dims or turns on the lights and gives a recap of events scheduled in Google Calendar.

These are the kind of interactions pursued by many in the tech industry — the future in which people talk with devices as seamlessly as they do with humans. Amazon's voice-activated Echo speaker has so far been the biggest hit for home digital assistants.

Google presents its Assistant — and the Assistant-powered Pixel and Home — as better geared toward understanding and imitating human speech and making various kinds of inferences. The company boasts about its progress in machine translations and the ability to interpret audio and images.

But Forrester analyst Julie Ask has argued that Google faces an uphill battle to succeed with new products, "because it does not have a strong track record of selling much of anything direct to consumers at scale."

The company has partnered with Verizon for the release of Pixel, a sleek and slender $650 smartphone with top-level photo and video capacity and a battery claimed to produce seven hours of power from just 15 minutes of charging — a challenge to iPhone's ongoing battery criticisms.

The timing of the phone release is fortuitous: The two smartphone heavyweights, Apple and Samsung, are facing challenges with their latest phones. Samsung is grappling with a recall of its Galaxy Note 7 over exploding batteries, while Apple has caught flak for its decision to do away with a headphone jack in favor of $160 cordless headphones.

Google Home is a $130 gadget, priced lower than Amazon's $180 Echo. While Echo is shaped like a slender tube, Google Home's salt-shaker shape is apparently inspired by housewares like wine glasses and candles.

Google is also getting into virtual-reality hardware, with a headset called Daydream. The push seems to be toward making VR a more casual and approachable experience, with the headset styled in fabric instead of plastic, requiring a phone instead of a computer and priced at $80.

At Tuesday's press conference, Google CEO Pichai sought to reassure investors who are quite used to see Google's experiments fizzle out that the company is "deeply committed to building hardware" that advances the future of artificial intelligence.

Google's hardware chief Rick Osterloh echoed the sentiment: "The rise of volume and complexity of all the information makes it so that this is the right time to be focused on hardware and software."