Accessibility links
Higher Wages And Easy Credit Likely To Spur Holiday Sales, Retailers Say : The Two-Way The National Retail Federation's economist and many other analysts say shoppers are in good shape to spend more this holiday season. Sales are expected to jump 3.6 percent. 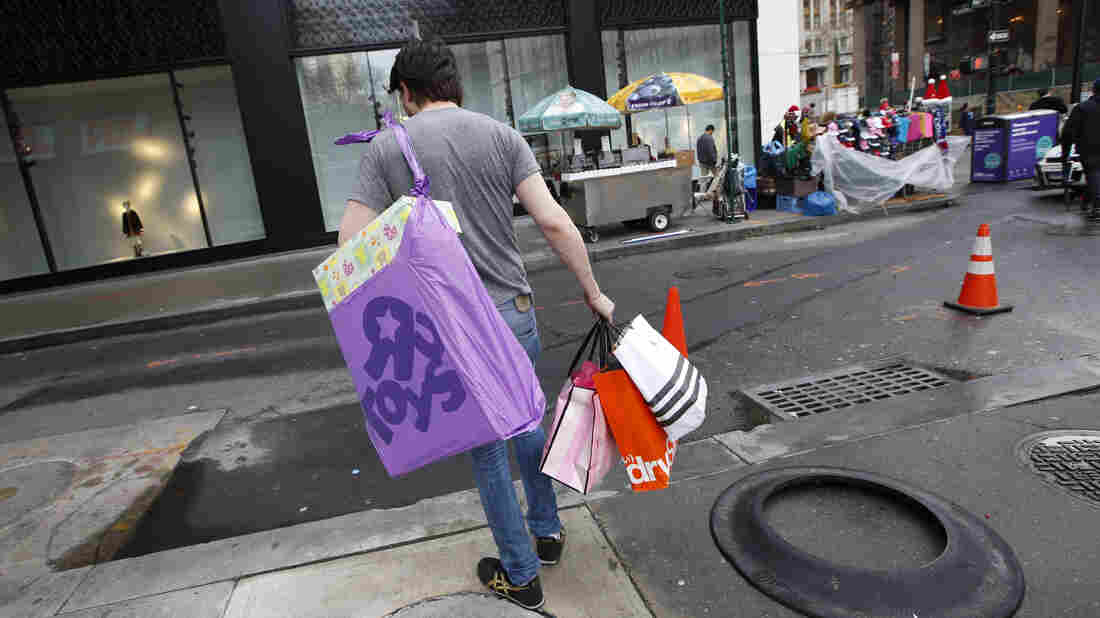 Retailers expect a strong increase in holiday shopping this year and hope not to see unseasonably warm weather like last year's, which cut into sales and had this man in New York shopping in shirtsleeves. Kathy Willens/AP hide caption 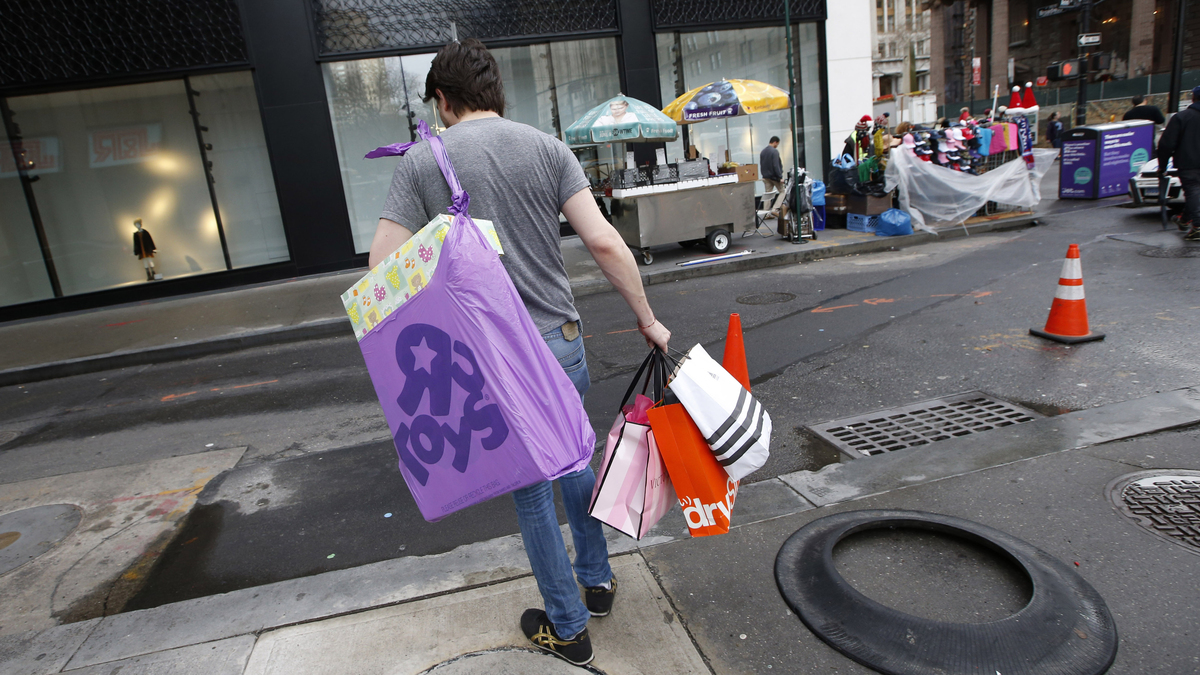 Retailers expect a strong increase in holiday shopping this year and hope not to see unseasonably warm weather like last year's, which cut into sales and had this man in New York shopping in shirtsleeves.

Rising wages and cheap loans are setting the stage for a strong holiday season, according to retailers, consultants and pollsters.

On Tuesday, the National Retail Federation predicted a 3.6-percent increase in holiday sales, compared with 2015. That's considerably better than the 10-year average gain of 2.5 percent for the holiday period.

Why the optimism? "People have more money in their pocket and an expanded use of credit," NRF chief economist Jack Kleinhenz said on a conference call with reporters.

Other studies, done by consulting firms such as Kantar Retail, Deloitte and the International Council of Shopping Centers, all forecast holiday spending growth of 3.2 percent to 4 percent.

The projections reflect not only easy credit and improving incomes, but also rising confidence. Last week, the University of Michigan raised its September Index of Consumer Sentiment to 91.8, a 4.6 percent increase over last year. In its latest report, the Conference Board said consumer confidence has reached its highest levels since August 2007.

Still, things can go wrong, as they did last year. NRF says unusually warm weather in much of the country in December 2015 caused seasonal sales to come in $4.4 billion below expectations.

And this year, there could be another big "unknown" that disturbs consumer confidence. When asked if surprising election results might shake holiday spending, Kleinhenz downplayed the threat, saying the economy "is a big aircraft carrier, it's not going to turn on a dime."

But retail analysts say one thing is certain: more shopping will be done online. The NRF forecasts a 7 percent to 10 percent increase in sales occurring outside of stores, such as online purchases. Other consultants predict even higher upticks in online sales, some as high as 17 to 19 percent.

College student Tony Fitzgerald, who was shopping for clothes in Washington, DC, on Tuesday, says he shares the sense of rising optimism as the economy improves. "I definitely plan on spending more this year than last year," he said. "It just feels right."