Accessibility links
After Protests, Polish Legislators Vote To Reject Abortion Ban : The Two-Way Mass strikes and demonstrations on Monday objected to a proposal to outlaw abortion with no exceptions. On Wednesday, one member of the conservative government said the protests "caused us to think." 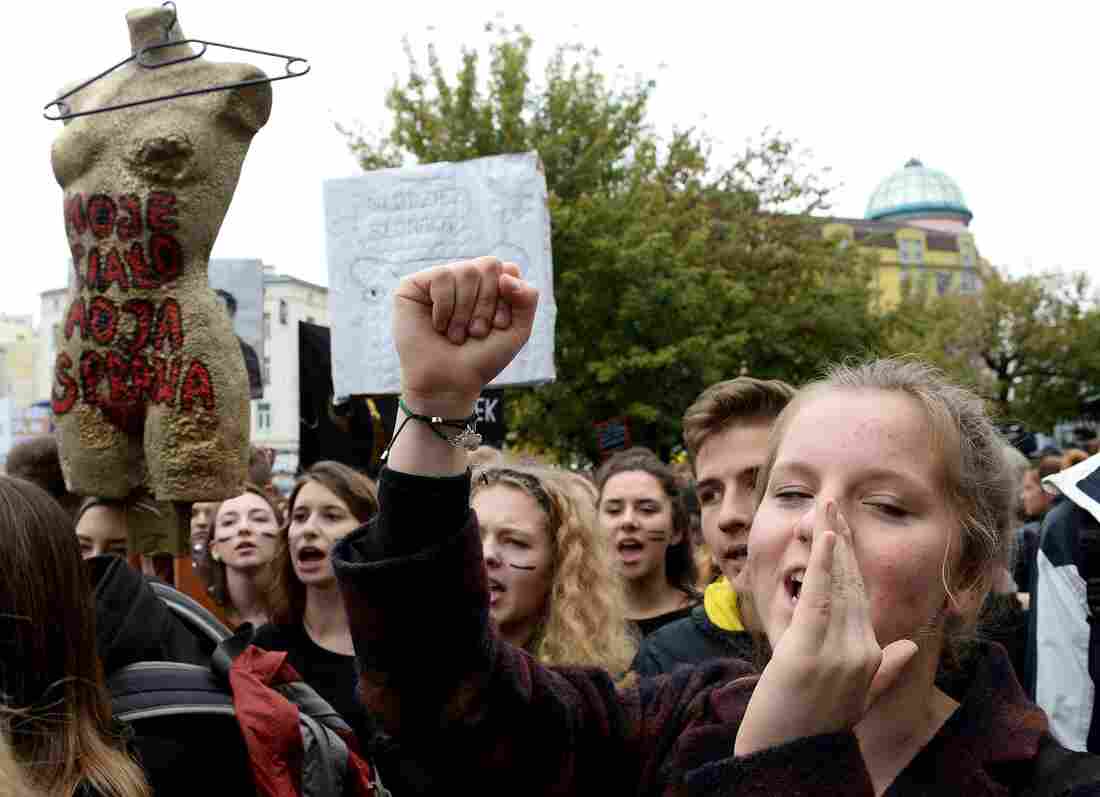 Polish women and men in Warsaw take part in a nationwide strike and demonstration on "Black Monday" to protest a legislative proposal for a total ban of abortion. Thousands of women dressed in black protested across the country. After the protests, government leaders began backing away from the proposed ban. Janek Skarzynski/AFP/Getty Images hide caption 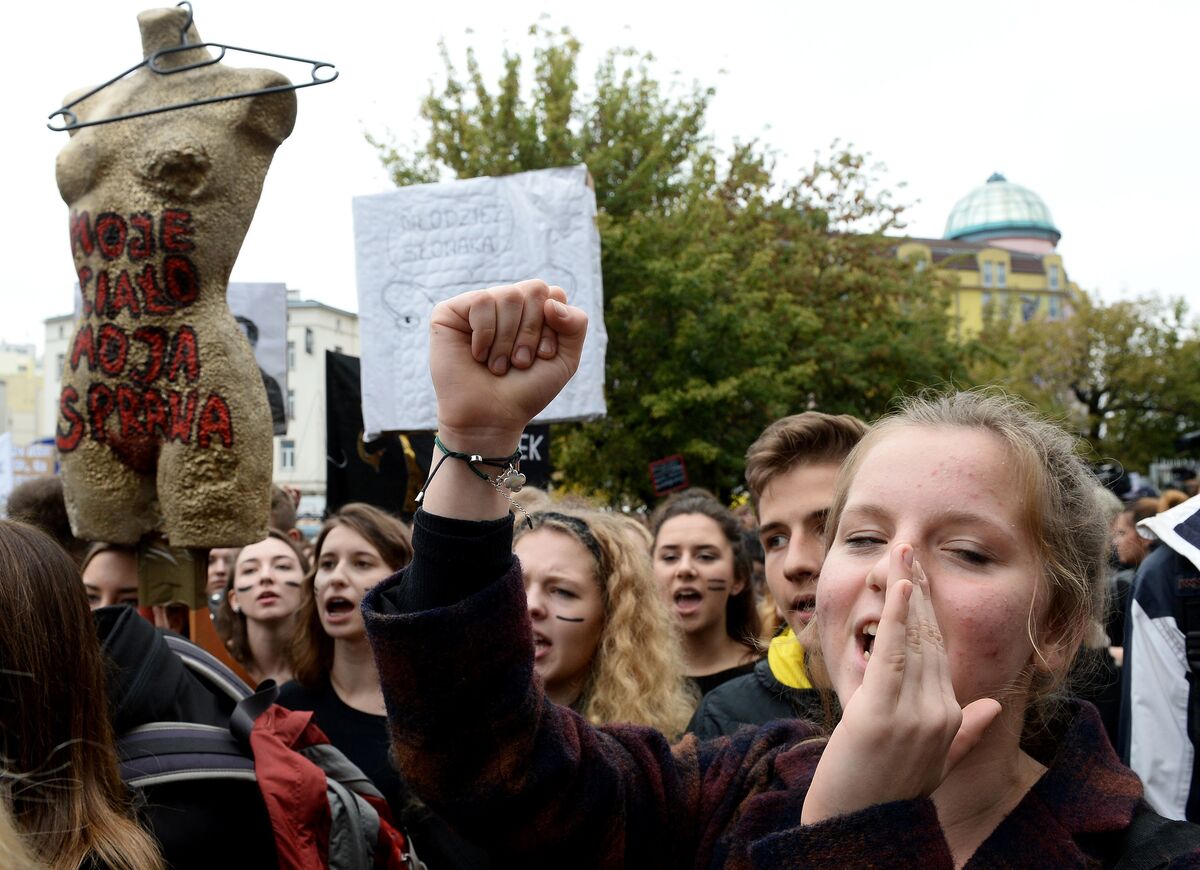 Polish women and men in Warsaw take part in a nationwide strike and demonstration on "Black Monday" to protest a legislative proposal for a total ban of abortion. Thousands of women dressed in black protested across the country. After the protests, government leaders began backing away from the proposed ban.

After mass street protests in Poland, legislators with the country's ruling party have abruptly reversed their positions and voted against a proposal to completely ban abortion.

The proposed law still has to be voted on by the lower house of Parliament on Thursday, where lawmakers can either reject it entirely or send it back to a parliamentary committee for more consideration, The Associated Press reports.

Prominent members of the right-wing Law and Justice party have signaled that the ban won't be moving forward. The prime minister says her party "is not working" on the ban, while a member of her Cabinet says flatly it won't happen.

As we reported on Tuesday, Poland already has some of the most restrictive abortion laws in Europe — abortion is illegal except in cases of rape, incest, a threat to the life of the mother or irreparable damage to the fetus. The proposed law would make abortion illegal in all instances: Violations would carry a prison sentence of up to five years for women and their doctors.

Thousands of women went on strike on Monday, wearing all black and demonstrating in the streets of Poland's cities to protest the proposal.

Before the vote on Wednesday, Jaroslaw Gowin, the minister of science and higher education, said that the protests "caused us to think and taught us humility," the AP reports. "There will not be a total abortion ban," Gowin said at the time, according to the AP.

Prime Minister Beata Szydlo, who had previously expressed support for an abortion ban, also distanced herself from the proposed law after the protests.

"I want to state very clearly that the [Law and Justice] government is not working on any legislation changing the rules on abortion in Poland," she said Tuesday, according to the BBC.

And on Wednesday night, a "chaotic and emotional session" resulted in a majority vote against the proposal, the AP writes.

Following the protests, the justice and human rights committee had recommended that the law be rejected, The Guardian writes: "In a humiliating climbdown, the legislation was thrown out by [Law and Justice] members who had referred it to their committee in the first place less than two weeks ago."

The bill in question was inspired by a petition signed by 450,000 people; more than 38 million people live in Poland. It is backed by the Catholic Church, and prominent members of Law and Justice had previously indicated their support.

As the Two-Way reported Tuesday, women's rights groups had been worried for months that the ruling Law and Justice party — which controls the Parliament and the presidency and has curtailed the power of the constitutional court — would move to restrict abortion access.

The proposal for a total ban was in a parliamentary committee when the "Black Monday" mass action was carried out.

Now, The Guardian says, the proposal "appears to have collapsed."

Mariusz Dzierzawski of Stop Abortion, the group that initiated the petition and proposal, was not optimistic about the law's chances either.

The Guardian notes there's a possibility that Law and Justice will propose a "compromise" law — one banning abortion in the case of fetal disorders but allowing the exceptions for rape or incest — but that activists say that, too, will be met with mass protests.