Accessibility links
Haiti's Presidential Election Delayed In Wake Of Hurricane : The Two-Way Haiti's presidential election has been delayed multiple times in the past year. The country is being run by an interim president, whose constitutional mandate has already expired. 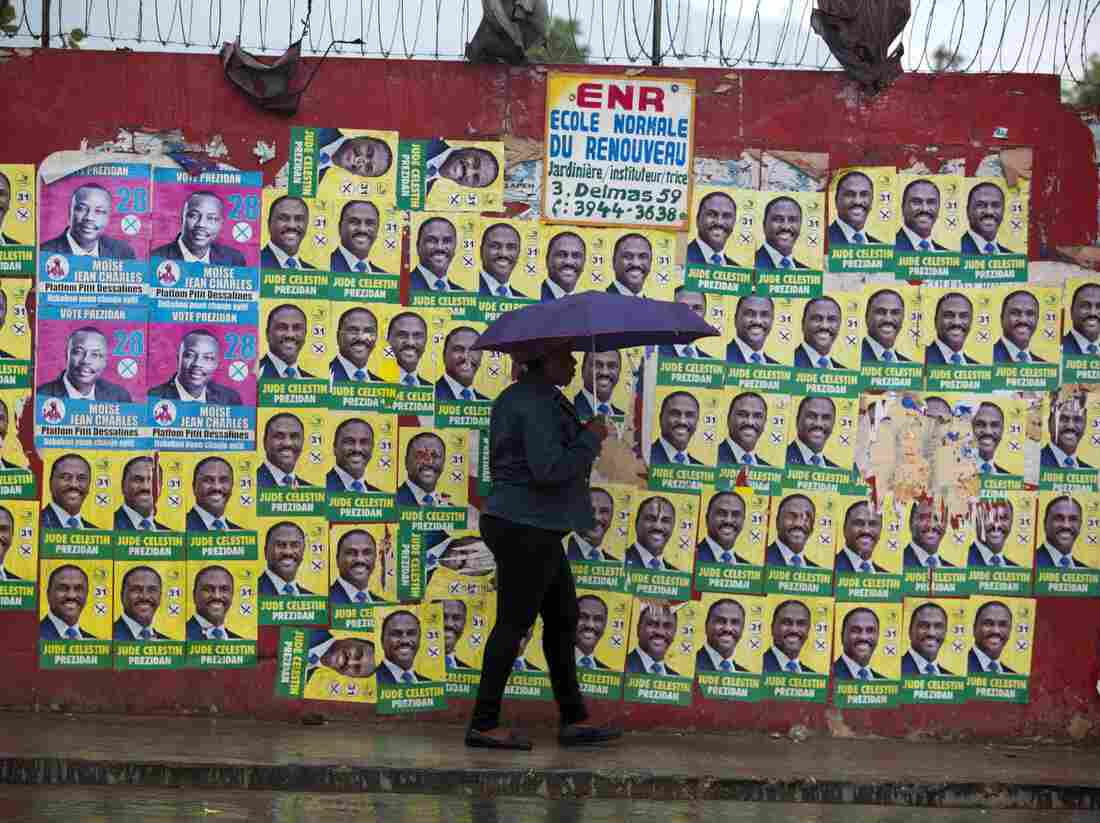 A wall blanketed with presidential campaign posters, in Port-au-Prince, Haiti, on Monday. The long-delayed election, scheduled for Sunday, has been put off again after Hurricane Matthew devastated much of the country. Dieu Nalio Chery/AP hide caption 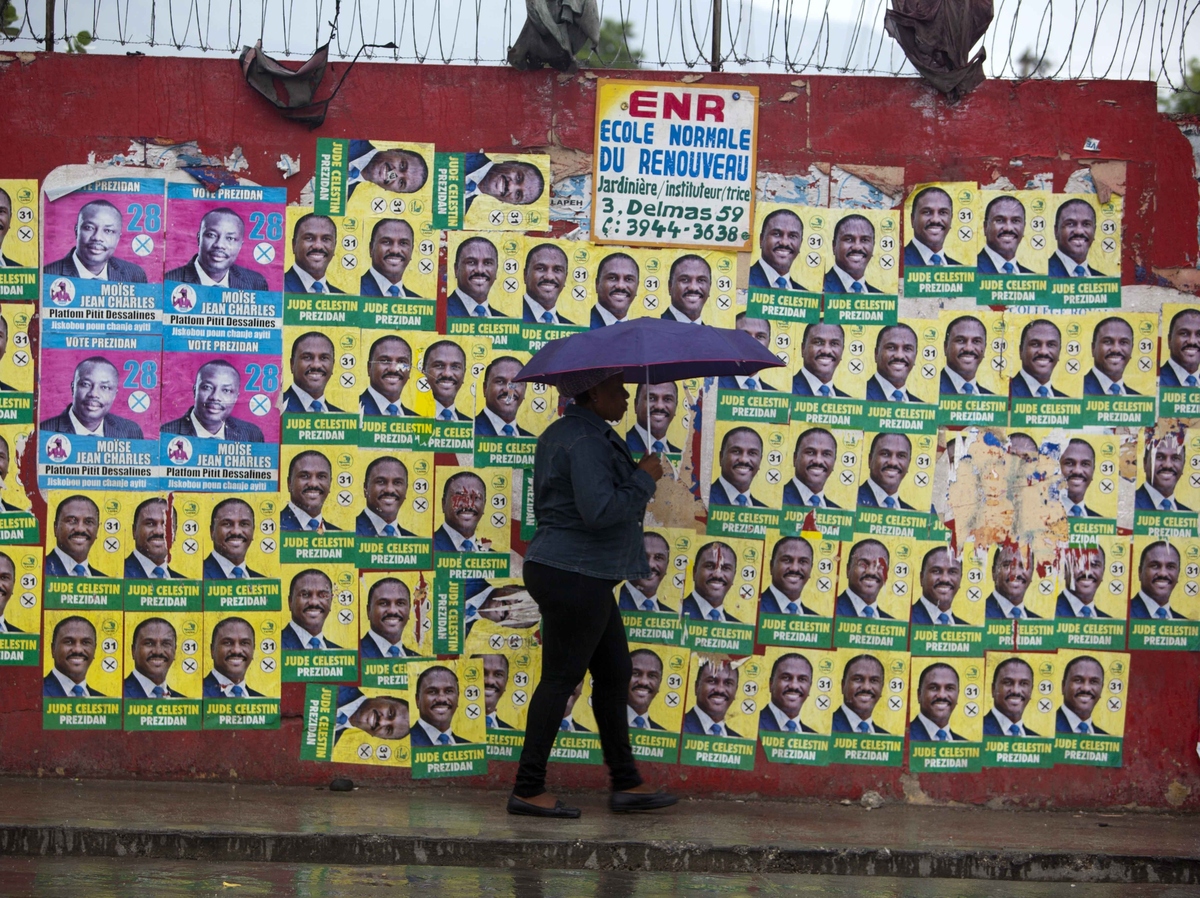 A wall blanketed with presidential campaign posters, in Port-au-Prince, Haiti, on Monday. The long-delayed election, scheduled for Sunday, has been put off again after Hurricane Matthew devastated much of the country.

Haiti's electoral council has postponed the country's presidential election after Hurricane Matthew devastated the country. The nationwide vote was supposed to be held Sunday.

The electoral council did not announce a new date.

Hurricane Matthew slammed into Haiti on Tuesday morning, making landfall with maximum sustained winds of 145 miles per hour and inundating the island's communities with storm surges and rain. As the Two Way reported, the southwestern peninsula of the country was hardest hit, with roads washed out and communications connections down on Wednesday.

'We Were Already In A Cholera Crisis'; Hurricane Pummels Haiti, Heads North

How many people have died as a result of the storm is unclear but Reuters reports it is at least 25 people.

This is not the first time Haiti's national election has been delayed. According to the U.N., a first-round vote for president was held on Oct. 25, 2015. The U.S. spent $33 million to support the election, according to Kenneth Marten, the State Department's special coordinator for Haiti.

The January election never happened, causing some people to protest, and on Feb. 7 the term of Haiti's president at the time, Michel Martelly, ended without an elected successor in place. The then-president of Haiti's Senate, Jocelerme Privert, took over as interim president.

"This agreement was inspired by the Constitution," explained Sandra Honoré, the United Nations special representative on Haiti, in an interview on the U.N.'s website. "Under the terms of this agreement, the Haitian parliament-elected interim president, in this case Mr. Privert, has a fixed term of 120 days."

Under the 120-day agreement, elections were rescheduled for Apr. 24, says Honoré. That day came and went without a vote.

On Apr. 25, U.N. Secretary-General Ban Ki-moon called for elections "without delay," saying in a written statement that Haiti "can ill afford a period of prolonged transitional governance while facing major socio-economic and humanitarian challenges."

On June 15, when Privert's 120-day mandate ended, a group of U.N. member countries including the U.S. called on Haiti's parliament to "reach a solution which avoids an institutional vacuum."

According to the Miami Herald, the election scheduled for Sunday had drawn more than 20 candidates, including the top finisher in the election held almost a year ago.