Accessibility links
Friday's Jobs Report Could Help Shape Election Outlook : The Two-Way If it shows steady unemployment and job growth figures, that would help Democrat Hillary Clinton. If the numbers get worse, that would give an edge to Republican Donald Trump. 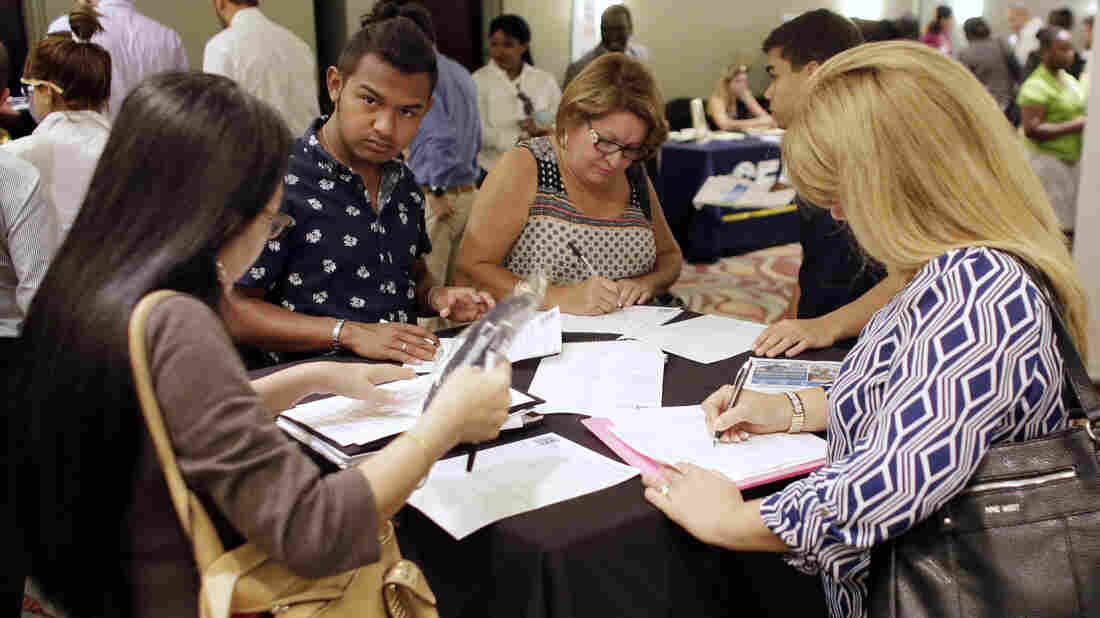 People fill out applications at a job fair in Miami Lakes, Fla., in July. The presidential candidates will be watching Friday's monthly Labor Department report for talking points on the unemployment rate and new jobs. Lynne Sladky/AP hide caption 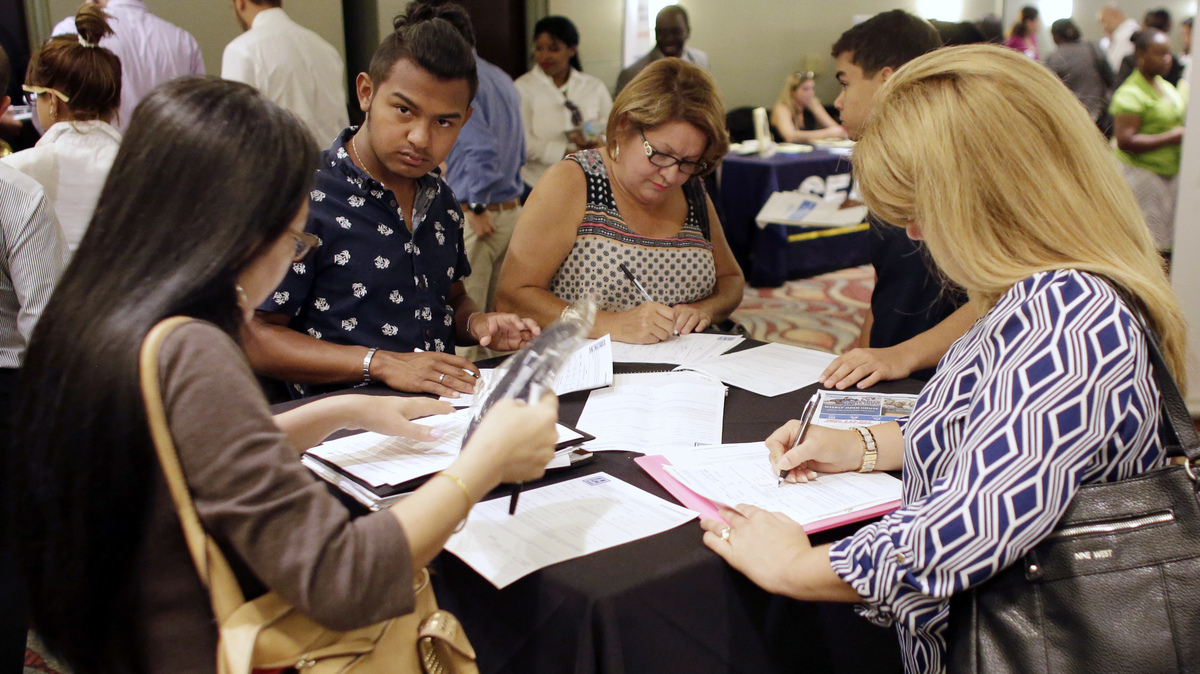 People fill out applications at a job fair in Miami Lakes, Fla., in July. The presidential candidates will be watching Friday's monthly Labor Department report for talking points on the unemployment rate and new jobs.

When the Labor Department announces the September job-creation numbers on Friday, presidential candidates will pounce, hoping to find data to support their talking points on the economy.

For the past three months, the numbers have been favoring the incumbent Democratic Party. Candidate Hillary Clinton could point to a steady, low unemployment rate of 4.9 percent and average growth of 232,000 jobs per month, a robust pace.

But the September numbers might show the economy is slowing — giving Republican Donald Trump an opportunity to strengthen his closing argument.

The government will issue another jobs report before Election Day, but that one will hit Nov. 4. By that time, many early ballots already will have been cast for the Nov. 8 election. This week's report will be the one used for spinning a final narrative about job growth.

So what will it be?

Most economists are forecasting between 165,000 and 175,000 new jobs, down from July's hiring binge that created 275,000 jobs, but still a very good pace. In fact, many employers are struggling to fill the current 5.9 million openings, a record number.

"Job growth has moderated in recent months, but only because the economy is finally returning to full employment," Mark Zandi, chief economist at Moody's Analytics, said in a statement.

But while forecasters are generally positive, the real numbers can always bring an "October surprise." The Labor Department rips open the envelope on Friday at 8:30 a.m. ET.

That moment of suspense can keep economists and investors holding their collective breath. But a new report suggests that monthly gyrations aside, the overall direction of the job market is quite clear and steady. It's down, down, down for people with low skills.

The study, done in association with the Markle Foundation, used government data. It concluded that the number of workers holding jobs requiring average to above-average education, training and experience increased 68 percent from 1980 to 2015. That was more than double the number of new jobs for people with low skills.

The study also involved a survey of Americans, and it found that workers get it. Nearly 9 in 10 agreed that "new skills and training may hold the key to their future job success. "