Accessibility links
Trove Of Cannabis Plants Found In Ancient Tomb In China : The Two-Way "Medicinal and possibly spiritual or at least ritualistic Cannabis use was a widespread custom among Central Eurasian peoples during the first millennium before the Christian era," the scientists say.

Trove Of Cannabis Plants Found In Ancient Tomb In China

Trove Of Cannabis Plants Found In Ancient Tomb In China 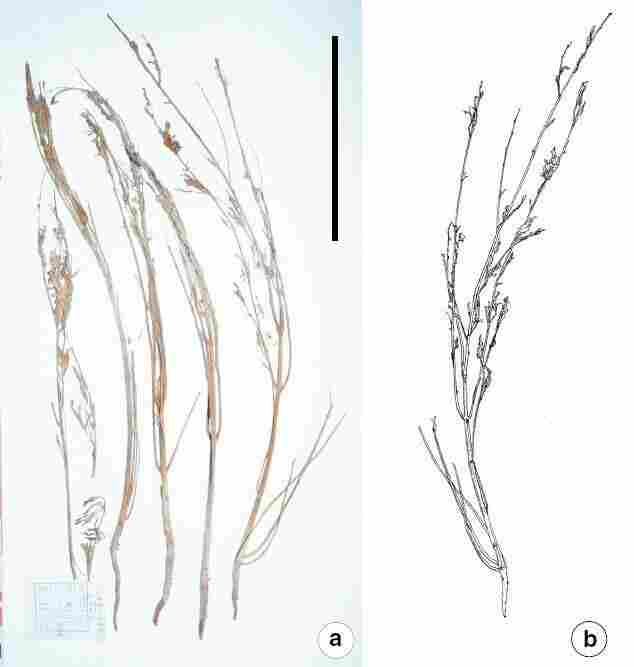 Researchers have unearthed 13 cannabis plants in an ancient tomb in northern China, suggesting that prehistoric central Eurasians had ritualistic or medicinal uses for the mind-altering plant.

In a recent paper published in Economic Botany, the scientists say that the "extraordinary cache" of 13 "nearly whole" female cannabis plants were arranged diagonally like a shroud over the body of a dead man. The man was about 35 years old, appeared to be Caucasian and might have been a shaman, they say.

In the tomb, the body was placed on a wooden bed with a "pillow made of common reeds," surrounded by earthenware pots. The plants measured between 19 and 35 inches, and carbon dating indicated that the cemetery is 2,800 to 2,400 years old. 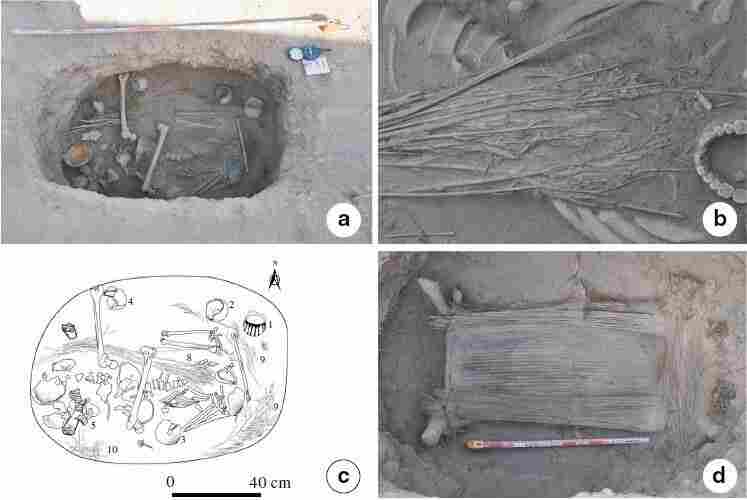 The tomb where scientists found the cannabis plants. The first layer is shown in (a). (b) shows a close-up view of the shroud. (c) is a line drawing of the contents, and (d) shows the bottom layer. Courtesy of Economic Botany hide caption

"This is the first time ever that archaeologists have recovered complete cannabis plants, as well as the first incidence of their use as a 'shroud' or covering in a human burial," National Geographic quotes the study's lead author, Hongen Jiang, as saying.

This isn't the first time cannabis has been found at sites in Siberia and northwestern China, according to the researchers. The origins of those previous plants were not clear — they might have been transported from other areas. However, the researchers say that the way the plants were placed on this corpse means they were fresh at the time — suggesting that the marijuana was likely locally grown.

The tomb lies in northwest China's Turpan Basin, which was "an important stop on the Silk Road," according to the magazine.

It was found among 240 other tombs in the cemetery believed to belong to the Subeixi culture. As the study describes, the Subeixi people "led a pastoral life with only a small amount of cereal cultivation, but eventually developed a more balanced semi-pastoral and semi-agricultural society."

And the researchers say there's growing evidence that the Subeixi, along with other groups living in the area, used cannabis for ritualistic or medicinal purposes. Ten years ago, for example, scientists discovered "a large supply of processed female Cannabis flowers" in a nearby Yanghai cemetery. The plants were likely selected because of their "psychoactivity, possibly to facilitate communication between the human and spirit worlds and/or for its medicinal value." They say it could have also been placed "as an appetite stimulant."

Cannabis seeds were also recently discovered in a Siberian tomb of a woman who likely died of breast cancer and may have used cannabis to "cope with the symptoms of her illnesses," the researchers say.

And while the plant can be made into cloth or used for its "nutritious, oil-rich seeds," Jiang tells National Geographic that "no hemp textiles have been found in Turpan burials, and the seeds of the plants in the Jiayi burial are too small to serve as a practical food source."

The researchers conclude: "Apparently, medicinal and possibly spiritual or at least ritualistic Cannabis use was a widespread custom among Central Eurasian peoples during the first millennium before the Christian era."