Accessibility links
Hurricane Matthew Blamed For 8 Deaths In N.C.; Flood Perils Continue : The Two-Way With swollen rivers still expected to crest and bring more flooding on Monday and Tuesday, Gov. Pat McCrory says, "This storm is not over for North Carolina." 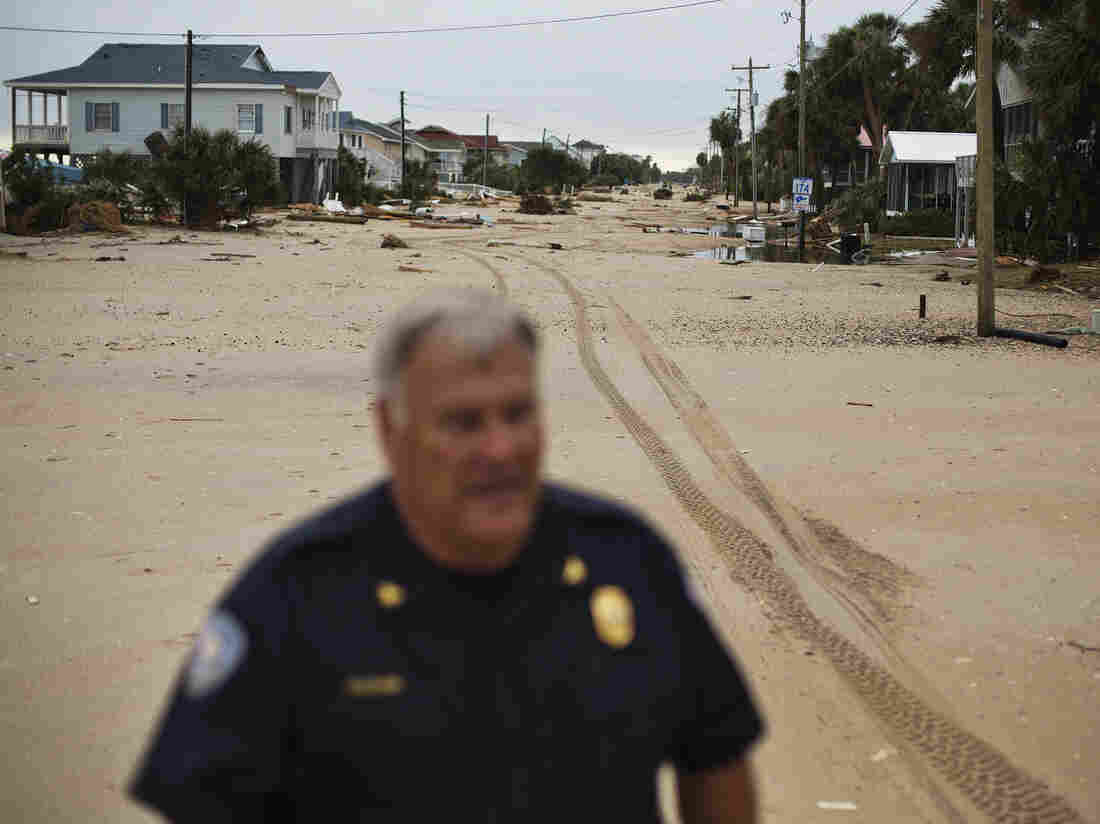 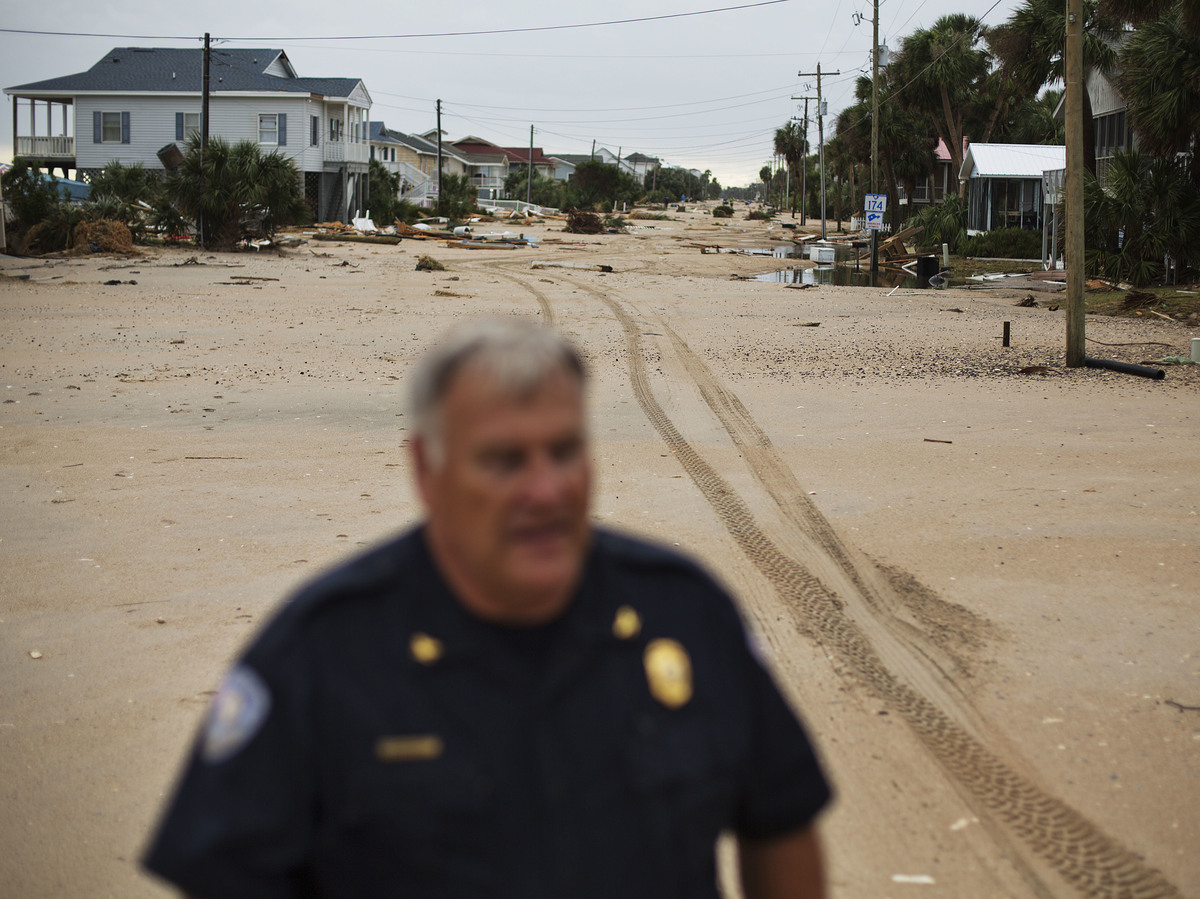 Chief of Police George Brothers walks along what used to be a four-lane national scenic byway that's now covered in sand after Hurricane Matthew hit the beach community of Edisto Beach, S.C., Saturday.

At least 18 deaths are now associated with Hurricane Matthew, the powerful storm that made landfall in South Carolina as it made its way up the Atlantic coast Saturday. After more than a foot of rain fell in several parts of North Carolina, Gov. Pat McCrory says eight people died as a result of the storm. Authorities say five people are missing.

"As the sun rises in North Carolina and the blue sky returns, our state is facing major destruction and sadly, loss of life," Gov. Pat McCrory said Sunday. "This storm is not over for North Carolina."

Now rated as a post-tropical cyclone, Matthew is moving eastward away from North Carolina, according to the National Hurricane Center. At last report, the storm was about 200 miles east-southeast of of Cape Hatteras with winds of near 75 mph.

But while work crews are contending with fallen power lines and downed trees, flooding — particularly from swollen rivers — remains a key concern in North Carolina, South Carolina and Georgia, where many waterways that are absorbing torrential rainfall aren't expected to crest until Monday or Tuesday.

Tar Heel, N.C., in Bladen County, had more than 16 inches of rain, McCrory said in an update as officials took stock of the situation on Sunday. The governor said he has signed an expedited major disaster declaration that's being sent to President Obama, so that the state can quickly receive federal assistance.

"As of mid-morning Sunday, there were more than 760,000 power outages in central and eastern North Carolina," according to member station WUNC.

Here are more updates on the storm's effects:

In South Carolina: "Currently more than 700,000 homes are without power," South Carolina Public Radio's Vince Kolb-Lugo reports in Columbia. "Meanwhile, authorities continue to monitor the levels of two rivers, the Waccamaw and Little Pee Dee, which are both expected to rise even more in the coming days."

In Georgia: "The mandatory evacuation notice along the Georgia coastline is lifted, so residents here can start returning to their homes," NPR's David Schaper reports. "But in Savannah, Chatham County Chairman Al Scott is warning them not to just yet, because he says conditions in many areas are still not safe."

In Haiti, where the storm killed hundreds of people: "A massive relief effort is being mounted for hurricane-ravaged parts of Haiti," NPR's Jason Beaubien reports from Port au Prince, "with President Obama urging Americans to give whatever they can."

"Aid groups say they're sending in relief supplies by any means possible including boats, trucks and small planes. The main road linking the capital Port au Prince with the hardest hit part of the country was initially blocked after Matthew tore across the south of Haiti. Despite a bridge being washed away, trucks from the United Nations and aid groups are now getting across by driving through a shallow point in the river."

A previous version of this post referred to Tar Heel as a county in North Carolina; Tar Heel is a small town in Bladen County.