Accessibility links
Thai King's Health 'Not Stable,' Palace Says, Reigniting Succession Fears : The Two-Way Thailand's King Bhumibol Adulyadej has reigned for seven decades. He has been in deteriorating health for years, and a statement put out by the palace late Sunday suggests he's doing poorly. 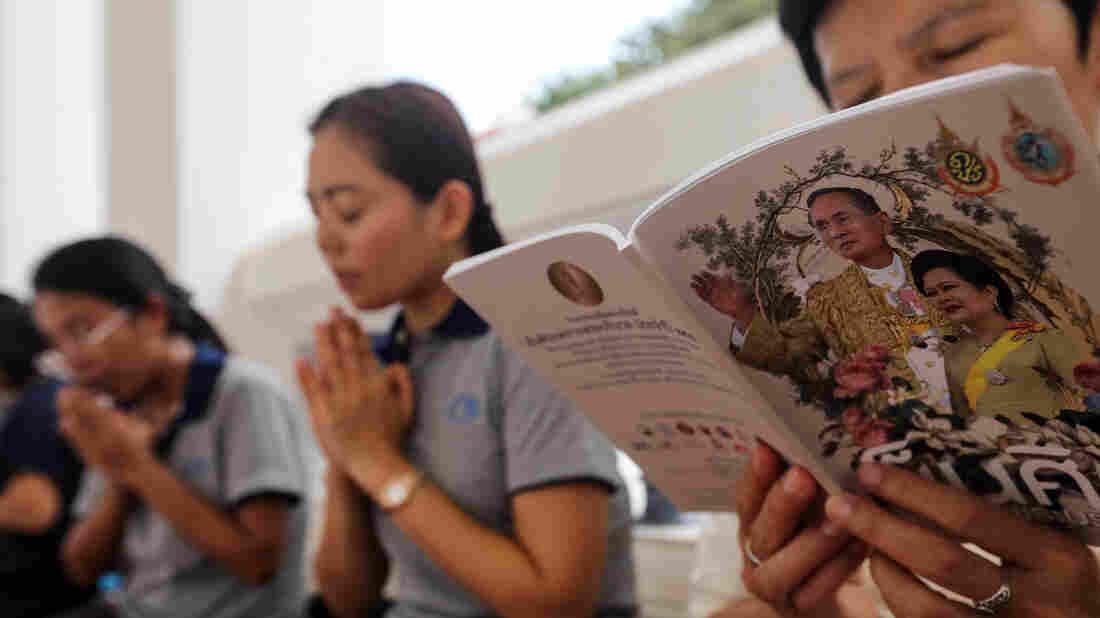 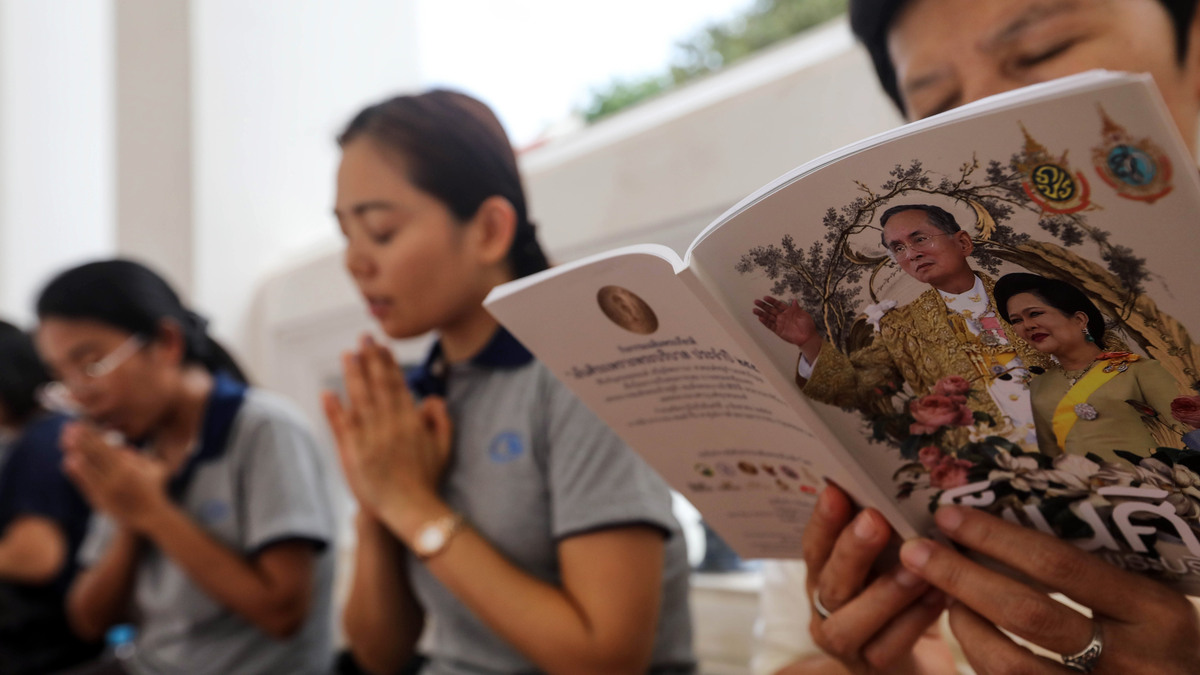 Thailand's king, Bhumibol Adulyadej, is "not stable" after a medical procedure over the weekend, according to a statement from the Thai palace on Sunday.

Bhumibol, who is 88, has reigned over Thailand for 70 years. He's a beloved figure and a stabilizing force.

He's been in poor health for years now — he's been hospitalized for "much of the last decade," The Associated Press reports.

On Sunday, he was treated with hemodialysis, a blood purifying treatment, and doctors changed a tube draining excess cerebrospinal fluid, the AP reports. The process took two hours.

The statement released afterwards said doctors are "watching his symptoms and giving treatments carefully" because his symptoms were "still not stable."

That's unusual phrasing for a release from the palace, Reuters reports. The wire service says statements are usually released once Bhumibol is recovering, and indicate that he's showing improvement.

The BBC reports that Bhumibol's doctors have asked permission for the king to stop working for the sake of his health.

Concerns about Bhumibol's health are closely tied to concerns over the future of Thailand; his son, 64-year-old crown prince Vajiralongkorn, is not as respected as his father, the AP reports.

NPR's Greg Myre explained the situation in 2014, as he wrote about why Thailand is so prone to military coups:

"No matter how much Thai politicians quarrel among themselves, or with the military, no one criticizes King Bhumibol Adulyadej. His elevated status has allowed him to largely stand above the fray and encourage rival factions to work out their differences.

"But the king is now 86 and frail. His son, the crown prince, is much less popular, raising questions about what role the monarchy will play this time and in the future."

That's all still true today — except the king is, of course, 88.

Earlier this year, The Economist described Vajiralongkorn as "spoilt and demanding, and—to put it mildly—widely loathed." The magazine notes that his sister, Maha Chakri Sirindhorn, is "more admired." For a while there was gossip that palace elites would try to position the princess to take the throne, but The Economist says those rumors have died down.

It's difficult to precisely gauge Thai sentiments about the king's eventual succession. Strict laws ban any insults to the royal family and violations carry harsh punishment.

Because of those laws, "taking the temperature on attitudes about the monarchy in Thailand is nearly impossible," as NPR's Scott Neuman put it in 2014.