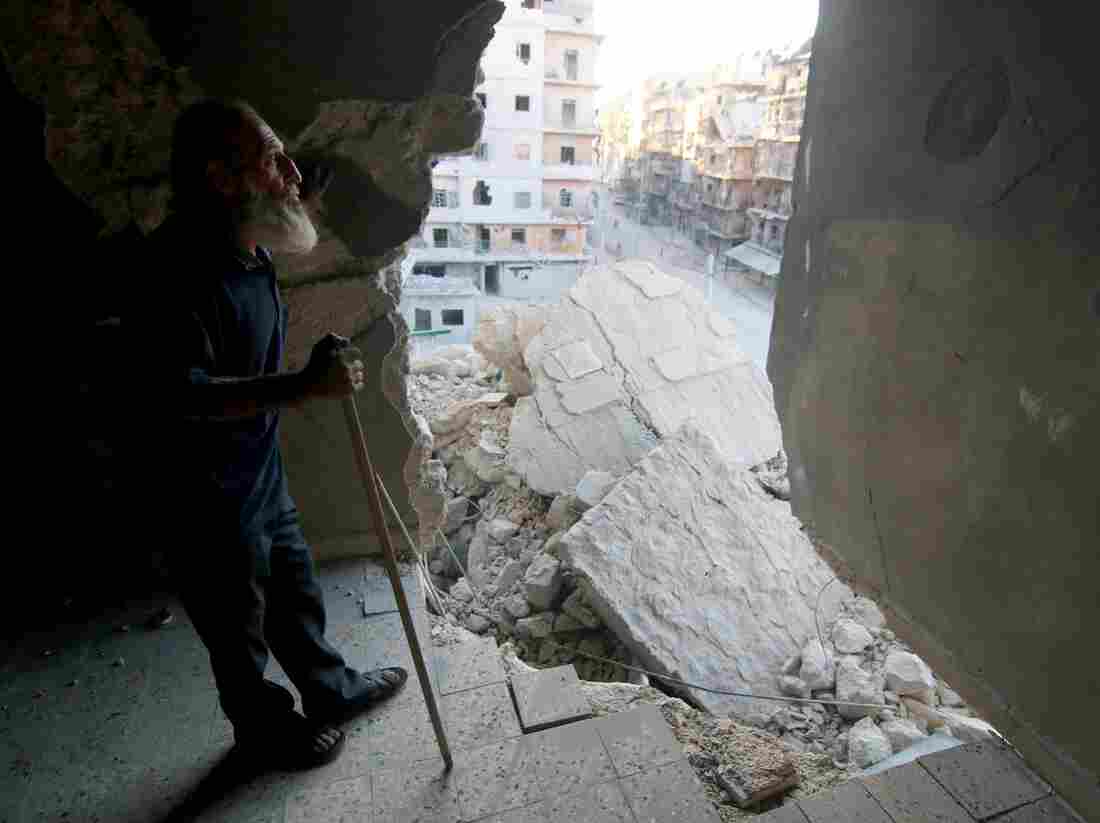 A 60-year-old local man who lost his two sons and his wife in airstrikes stands inside his collapsed home in Aleppo, Syria, on Monday. Anadolu Agency/Getty Images hide caption 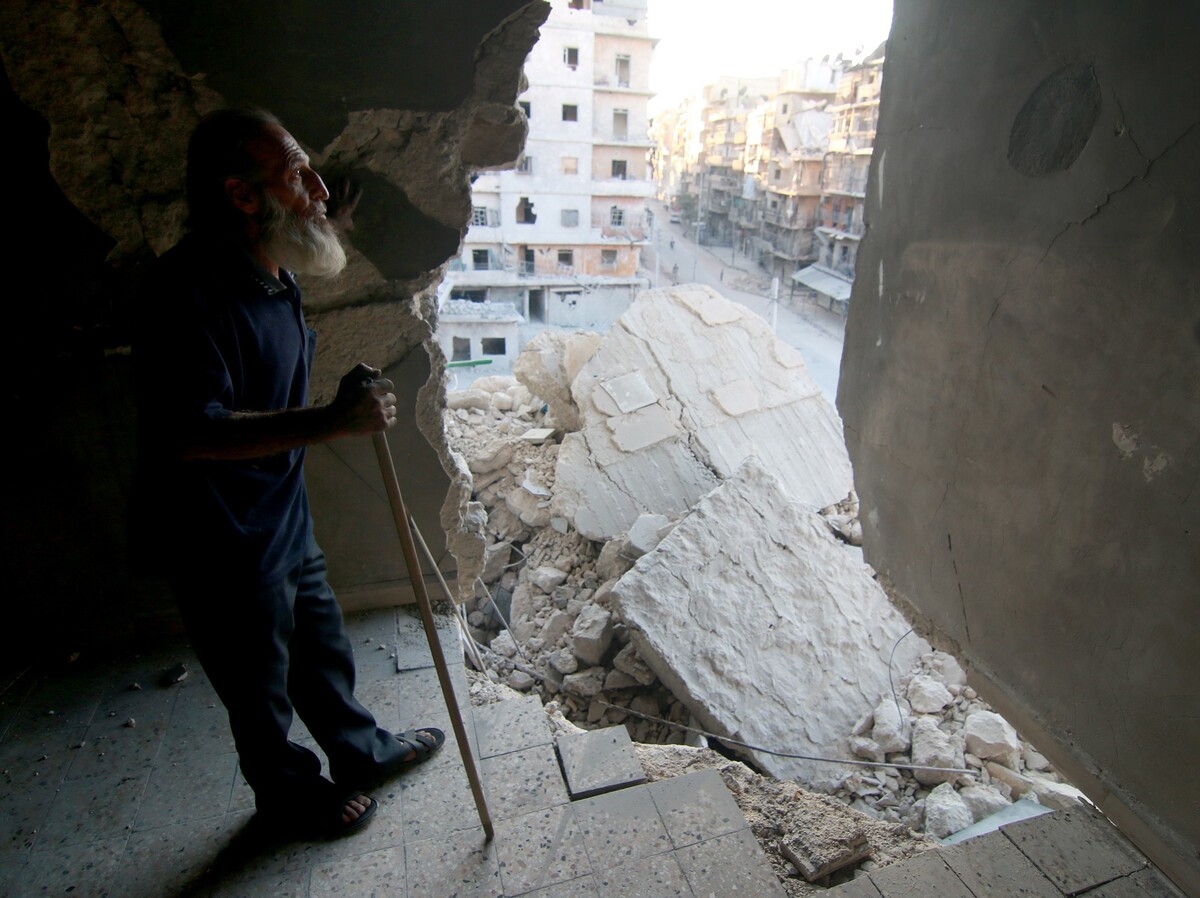 A 60-year-old local man who lost his two sons and his wife in airstrikes stands inside his collapsed home in Aleppo, Syria, on Monday.

The bombs continue to fall on rebel-held areas of Aleppo.

Less than a month after a cease-fire unraveled, Syrian and Russian warplanes have continued attacks in the divided Syrian city. On Tuesday, the U.K.-based Syrian Observatory for Human Rights told Reuters that at least eight people died in the Bustan al-Qasr and Fardous neighborhoods amid strikes on multiple parts of the city.

Why The Battle For Aleppo Is So Important

"There is renewed bombardment and it is heavy," Reuters quotes a member of an Aleppo-based rebel group as saying.

A video posted Monday by the Aleppo Media Center, an outlet for information from journalists and citizens on the ground, appears to have been shot in the city and shows an aerial view of streets filled with rubble, concrete roofs twisted and entire blocks of ghostly facades seemingly abandoned.

A tweet by the Aleppo Media Center appeared to identify the area in the video as the Suleiman al-Halabi neighborhood of Aleppo city, where the Syrian Observatory documented shelling attacks that killed civilians in September.

The U.N. says hundreds of civilians have died in the past few weeks in rebel-held eastern Aleppo, where some 250,000 people remain. Syrian President Bashar Assad has been trying for years to retake the area.

NPR's Middle East editor, Larry Kaplow, has this explainer on what's happening in Aleppo and why it's important.

As The Two-Way has reported, "The U.S and Russia back different parties to Syria's conflict — Russia is aligned with the regime of Syrian President Bashar Assad, while the U.S. supports rebels fighting government forces."

U.S. Secretary of State John Kerry has said that airstrikes on medical facilities and civilians in Aleppo "beg for" a war crimes investigation. And at a news conference last week in Geneva, the U.N. special envoy to Syria, Staffan de Mistura, called for the bombing to stop:

"The bottom line is in maximum, two months, two and a half months, the city of eastern Aleppo, at this rate, may be totally destroyed. ... And thousands of Syrian civilians, not terrorists, will be killed, and many of them wounded and thousands and thousands of them may try to become refugees, in order to escape from this.

"This is what you, we, the world will be seeing when we will be trying to celebrate Christmas or the end of the year, if this continues at this rate, unimpeded, Homs multiplied by 50. This cannot be an option that we can just passively wait to happen."

De Mistura went so far as to propose safe passage out of Aleppo for rebel fighters from the Levant Conquest Front, which has a complicated relationship with al-Qaida and controls much of eastern Aleppo.

"If you did decide to leave, in dignity and with your weapons, to Idlib or anywhere you wanted to go, I personally am ready, physically, to accompany you," de Mistura said.