Accessibility links
Federal Court Rules Consumer Watchdog's Structure Is Unconstitutional : The Two-Way An independent federal agency should not be run by a single person, the court found. It decided to remedy the situation by giving the president the authority to fire the agency head at will. 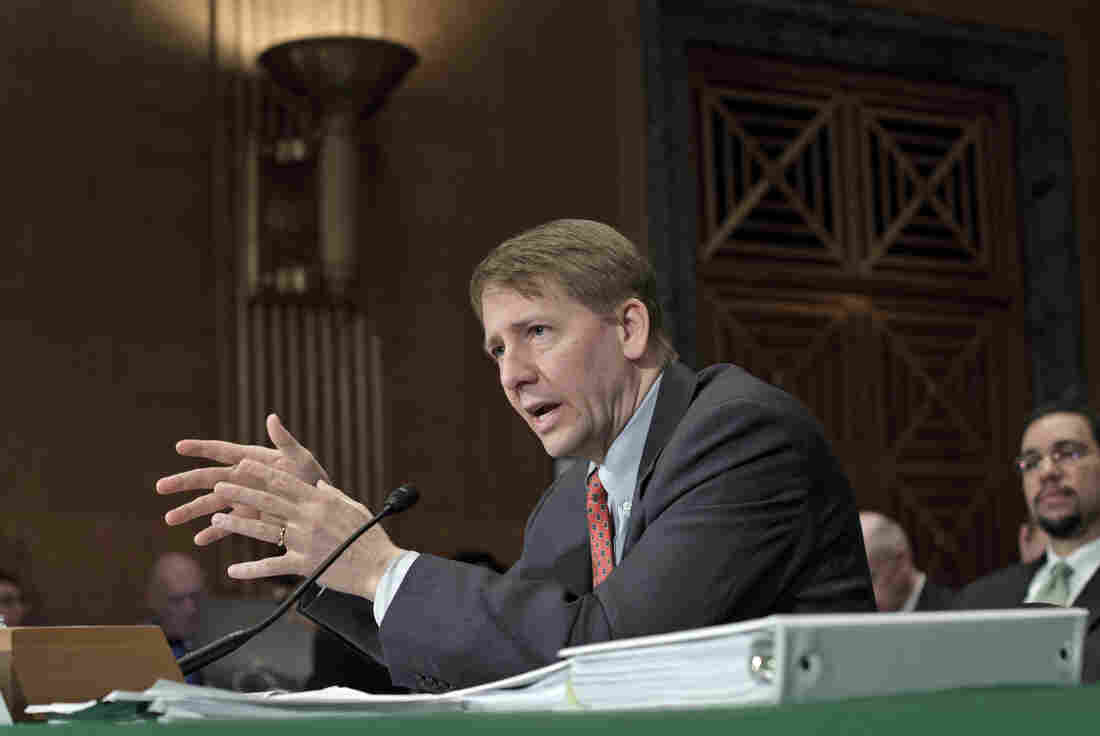 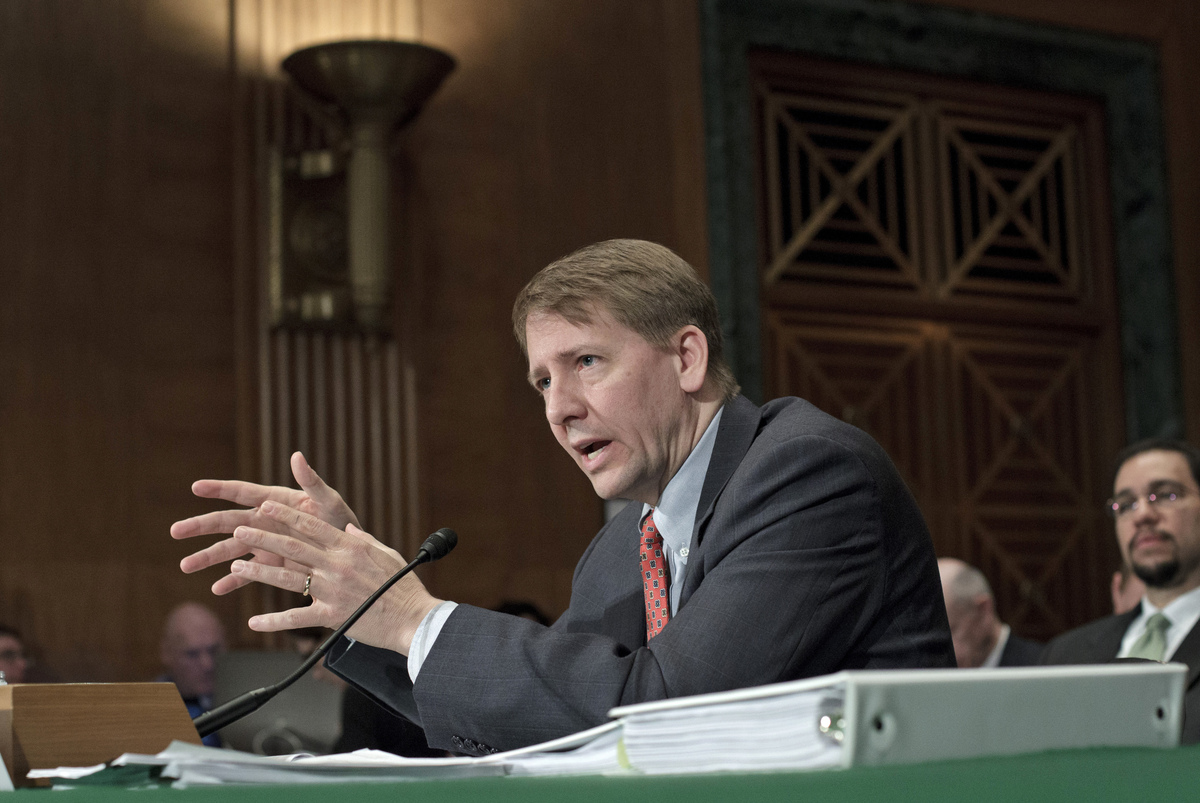 A federal appeals court ruled on Tuesday that the U.S. Consumer Financial Protection Bureau was unconstitutionally structured by Congress.

The U.S. Court of Appeals for the District of Columbia Circuit decided that an independent agency should not be run by a single individual.

The CFPB, U.S. Circuit Judge Brett Kavanaugh wrote, was structured differently from other agencies. In the past, government agencies run by a single person — like the Department of Justice, for example — were always overseen by the president and the president could fire the directors at will. Independent agencies, like the Federal Communications Commission and the National Labor Relations Board, have been run by a group of people, who can only be removed by the president for cause.

The CFPB was structured by the Dodd-Frank Act of 2010 to be run by a single person, who could only be removed by the president for cause.

"The CFPB's concentration of enormous executive power in a single, unaccountable, unchecked Director not only departs from settled historical practice, but also poses a far greater risk of arbitrary decision-making and abuse of power, and a far greater threat to individual liberty, than does a multi-member independent agency," Kavanaugh wrote.

The petitioner in the case, PHH Corp., a mortgage lender, had asked the court to do away with the CFPB entirely and let Congress restructure the agency to meet the checks-and-balances demands of the Constitution. The court took a more narrow route. It struck the "for cause" provision of the law, which now means the CFPB is structured the way other single-leader agencies, like the Justice Department, are.

In other words, the president can now remove the agency head at will.

In a separate part of the decision, the appeals court also decided to throw out the CFPB's $109 million order against PHH. The court said CFPB had acted, at least in part, outside the statute of limitations.