Accessibility links
Man Juggles For An Entire Marathon Without A Single Drop : The Two-Way Michal Kapral is a top "joggler." Naturally, that means juggling while jogging. He already held the world record in joggling a marathon. Now, he's run one without dropping a ball even once.

Man Juggles For An Entire Marathon Without A Single Drop

Man Juggles For An Entire Marathon Without A Single Drop 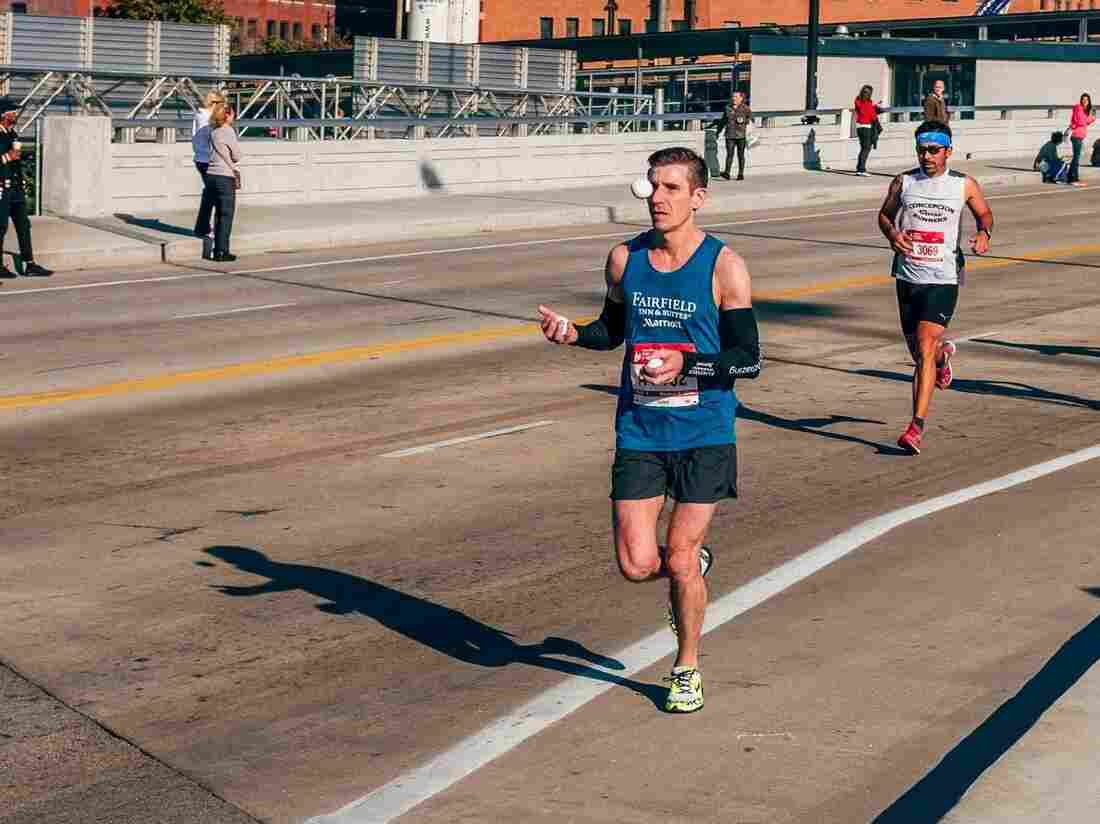 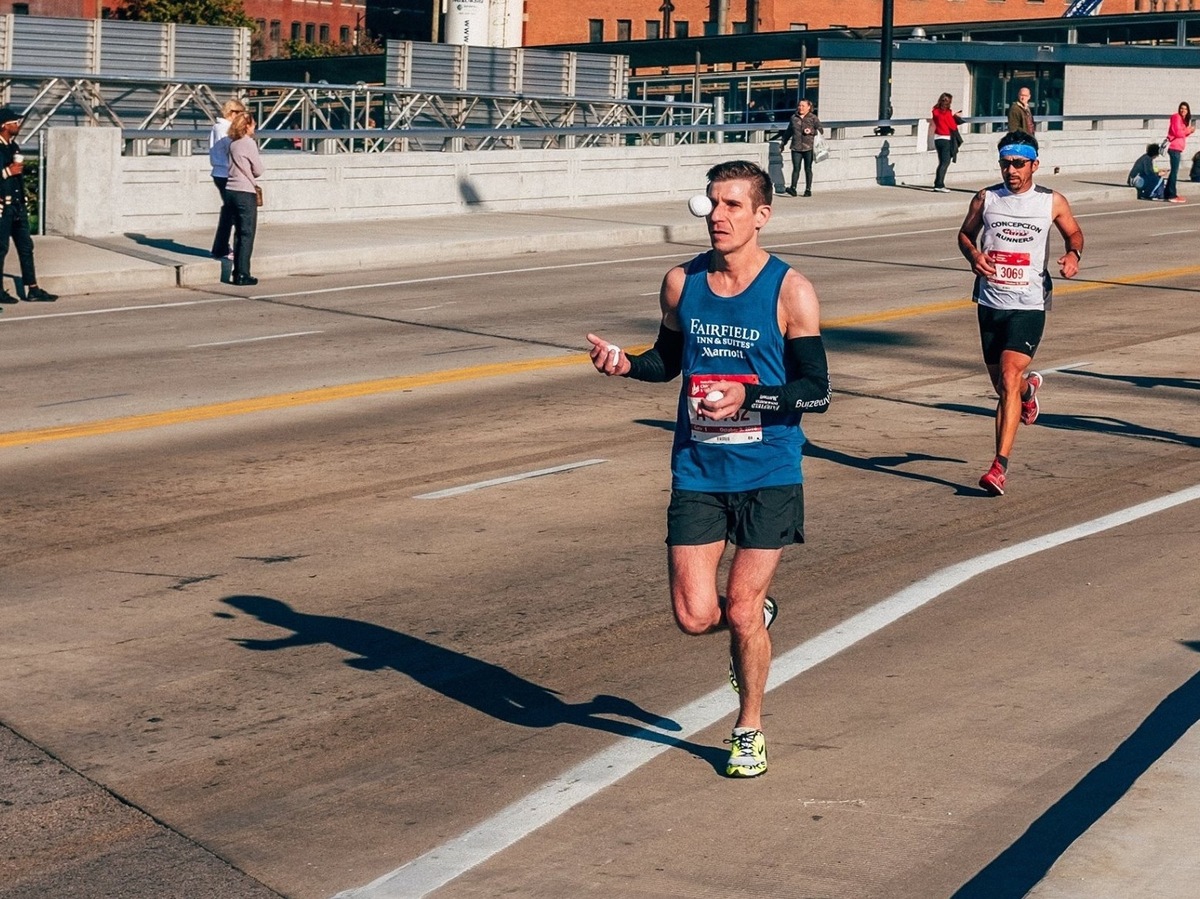 For many of us, simply running a marathon is a serious challenge.

But Michal Kapral, a 44-year-old editor from Toronto, had a more difficult goal in mind. He wanted to run a marathon ... while juggling ... without dropping a ball even once.

And he did it at the Chicago Marathon on Sunday, at the brisk clip of 2 hours and 55 minutes. That's a pace of about 6:40 per mile.

Kapral tells The Two-Way that he's an old hand at "joggling" (juggling while jogging, naturally). In fact, this is his eighth joggling marathon. He holds the world record for the "fastest marathon while joggling three objects," which he has set multiple times, most recently in 2007 in Toronto. He ran that marathon 5 minutes faster, he says, but dropped the ball twice.

This is the first time that he's managed to complete the race without a single drop. He says the pressure was building as he neared the end of the race: "I've never felt so much stress in my life." During the last 400 meters, he says he "literally looked at every toss."

VIDEO by @wendyalas: Running the #ChicagoMarathon while juggling in 2:55 without a drop. Here are 10 catches out of 50,000+ #joggling pic.twitter.com/9W6ypaXouv

Kapral started joggling when he was 11, after flipping through the Guinness Book of World Records for records he might be able to break. He had just learned to juggle, he says, and was a part of his school's cross country team.

About 20 years later, after completing a number of marathons, he thought he'd try joggling one of the races while raising money for charity.

"When I first started I just assumed people would just make fun of me, and I started off training running in the dark before dawn while I figured out what I was doing," he says.

But now he's far bolder, and routinely joggles on his commute home or through downtown Toronto.

"I think the most common reaction is people stop and just stare. They just stop in their tracks and then their jaw kind of drops, and they get the look of like, 'What did I just see?' " Kapral says. "It cracks me up."

There's a worldwide community of jogglers, including dozens who contacted him when he first set the world record for marathon joggling in 2005. "Ever since then, I hear from someone maybe every two weeks who's in some part of the world who does this," he adds.

Kapral manages to make juggling while running sound like a very natural motion: "Every step you take, every stride forward, as your arm swings you toss the ball up to the other side so the juggling cascade pattern matches perfectly with the running stride."

That grows more challenging over the course of 26.2 miles. He explains:

"So the beginning, the first few miles, it's kind of relaxing, it's this meditative, kind of zen feeling, with this pattern floating around in front of your face. And it helps keep the rhythm, the juggling. And then after a while, your arms start to tire, and everything gets tired, and then it's just absolute agony the last few miles. It takes this incredible amount of focus. Suddenly you have to focus on every toss."

After experimenting with plastic balls, he says he prefers juggling with handmade beanbags, filled with millet.

Three days ago: Ran 26.2 miles while juggling and never dropped a ball.
Today: Dropped my phone and cracked it, broke an expensive glass.