Accessibility links
Tuberculosis Is Not Under Control, Says World Health Organization : The Two-Way A new report shows tuberculosis was one of the top 10 causes of death worldwide in 2015, and that the United Nations health body is not on track to meet its goals for reducing deaths from the disease.

World Health Organization Warns Tuberculosis Is Not Under Control

World Health Organization Warns Tuberculosis Is Not Under Control 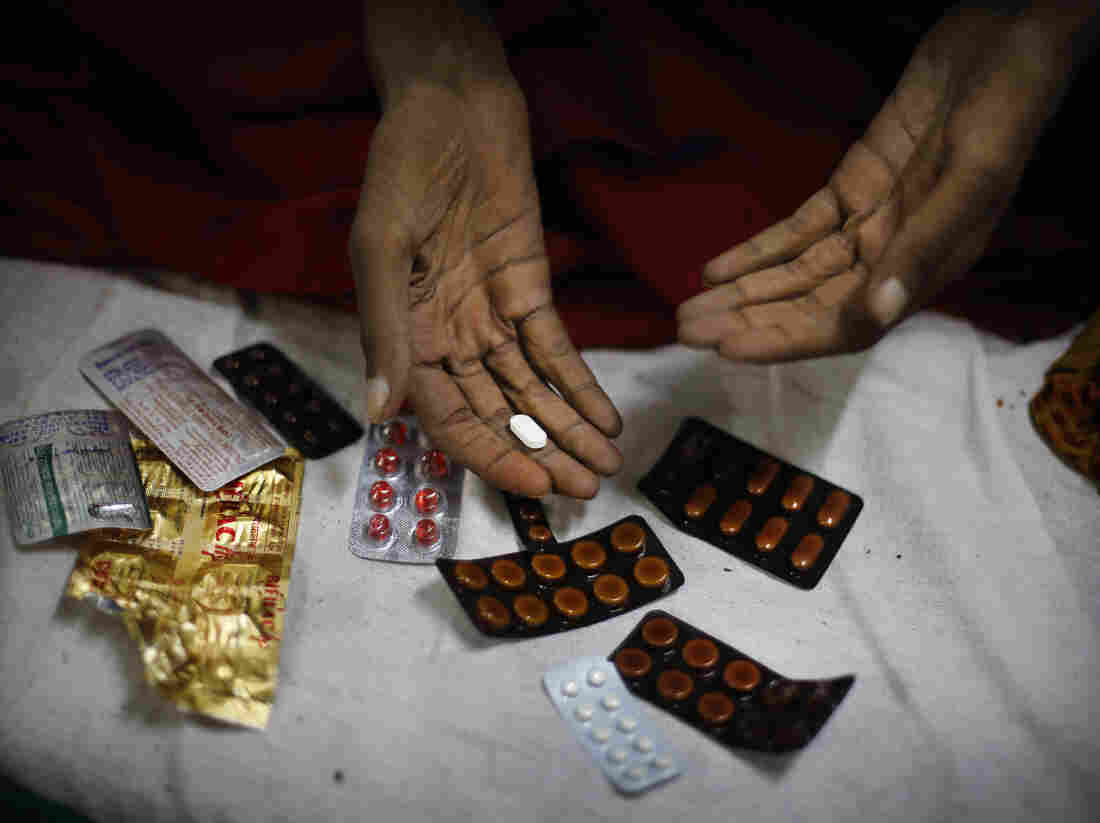 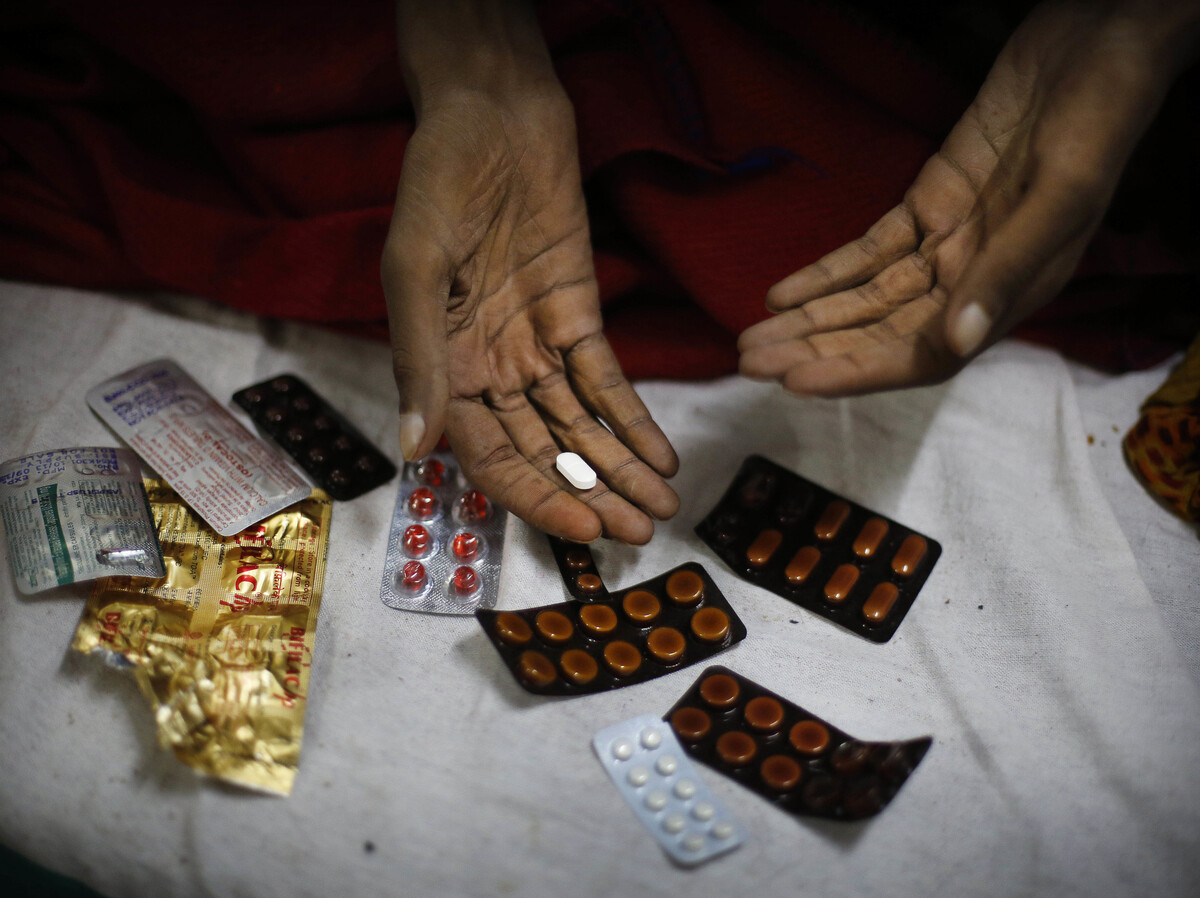 A 2014 photo shows a tuberculosis patient preparing to take his medication at Lal Bahadur Shastri Government Hospital in Varanasi, India.

The World Health Organization says global governments are not on track to meet their goals for reducing tuberculosis deaths and infections.

At the World Health Assembly in 2014, leaders from around the world agreed to the twin goals of reducing deaths from the respiratory infection by 90 percent and cases by 80 percent by 2030, compared to 2015 levels.

But in a report released Thursday, the WHO announced the number of reported cases actually grew between 2013 and 2015.

The increase reflects a pervasive problem in combating tuberculosis: worldwide, the number of cases that are officially reported lags far behind the estimated total number of cases of TB. Of an estimated 10.4 million new cases in 2015, only 6.1 million were detected and reported to authorities.

Tuberculosis is one of the top 10 causes of death worldwide, responsible for more deaths than HIV and malaria, the report notes.

"There must be a massive scale-up of efforts, or countries will continue to run behind this deadly epidemic and these ambitious goals will be missed," Dr. Margaret Chan, the WHO director general, said in a statement. "We face an uphill battle to reach the global targets for tuberculosis."

"Governments need to get their heads out of the sand and realize that TB is not a disease consigned to the 1800s," Elder wrote in a statement. "We see and treat TB in our clinics every day, and it's a deadly threat to all of us."

Mario Raviglione, the director of the WHO Global TB Program, called the global TB response in the last year "dismal," and said in a statement released by the WHO that the program needs more money for rapid tests and drugs.

According to the WHO report, low- and middle-income countries where the tuberculosis epidemic is most serious needed $8.3 billion in funding in 2016, but received almost $2 billion less than that, most of it from domestic funding sources in Brazil, Russia, India, China and South Africa. 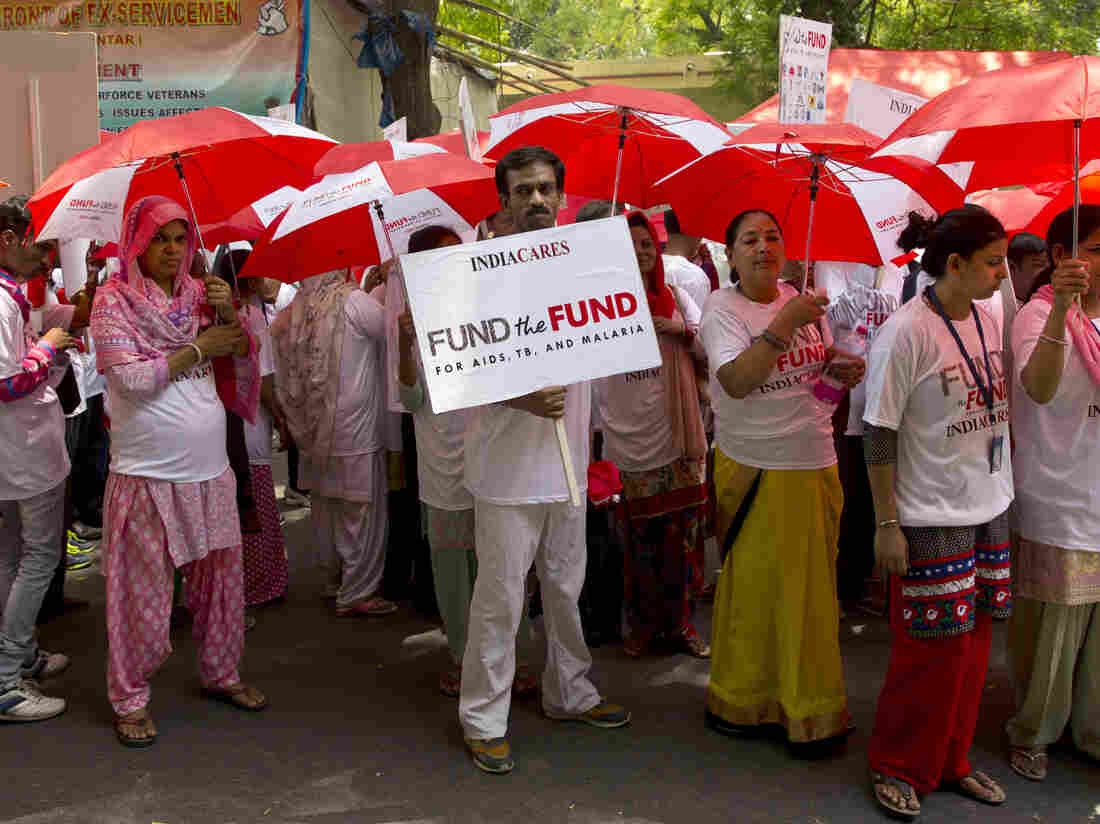 Activists at a rally urge China, Germany and Japan to step up their contributions to the Global Fund to fight AIDS, tuberculosis and malaria, in New Delhi, India, on May 10. Saurabh Das/AP hide caption 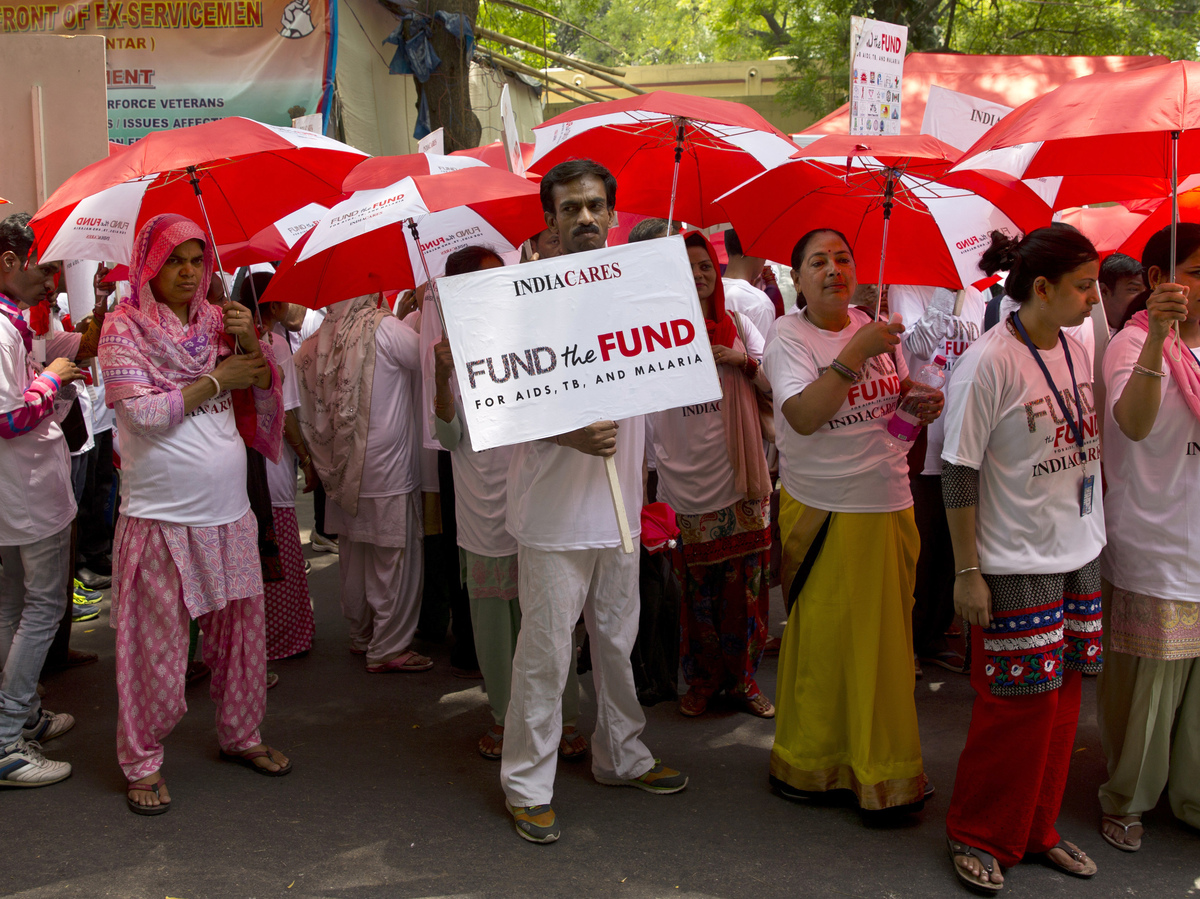 Activists at a rally urge China, Germany and Japan to step up their contributions to the Global Fund to fight AIDS, tuberculosis and malaria, in New Delhi, India, on May 10.

If current funding levels for TB treatment and prevention don't increase, the report warns the funding gap will increase to $6 billion by 2020.

Much of the global aid funding for tuberculosis comes through international donations to the Global Fund to Fight AIDS, Tuberculosis and Malaria. Since it was established in 2001, the United States has been the single largest donor to the fund, according to the Kaiser Family Foundation, which tracks health aid spending. Over the next three years, the U.S. has pledged $4.3 billion to be spent fighting AIDS, TB and malaria.

However, tuberculosis-specific funding for programs run by the U.S. Agency for International Development has declined since 2012, according to the Kaiser Family Foundation's analysis of federal appropriations. If it is approved, the budget request for 2017 will be the lowest level of funding for USAID TB programs since 2009.