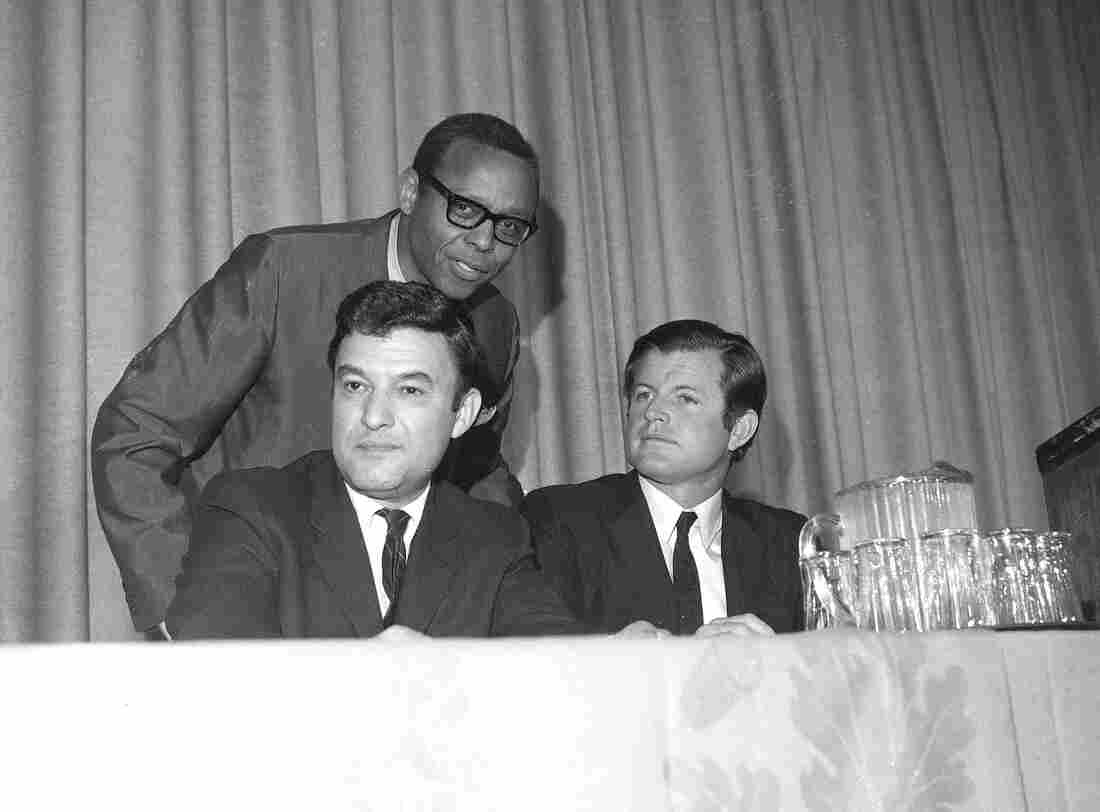 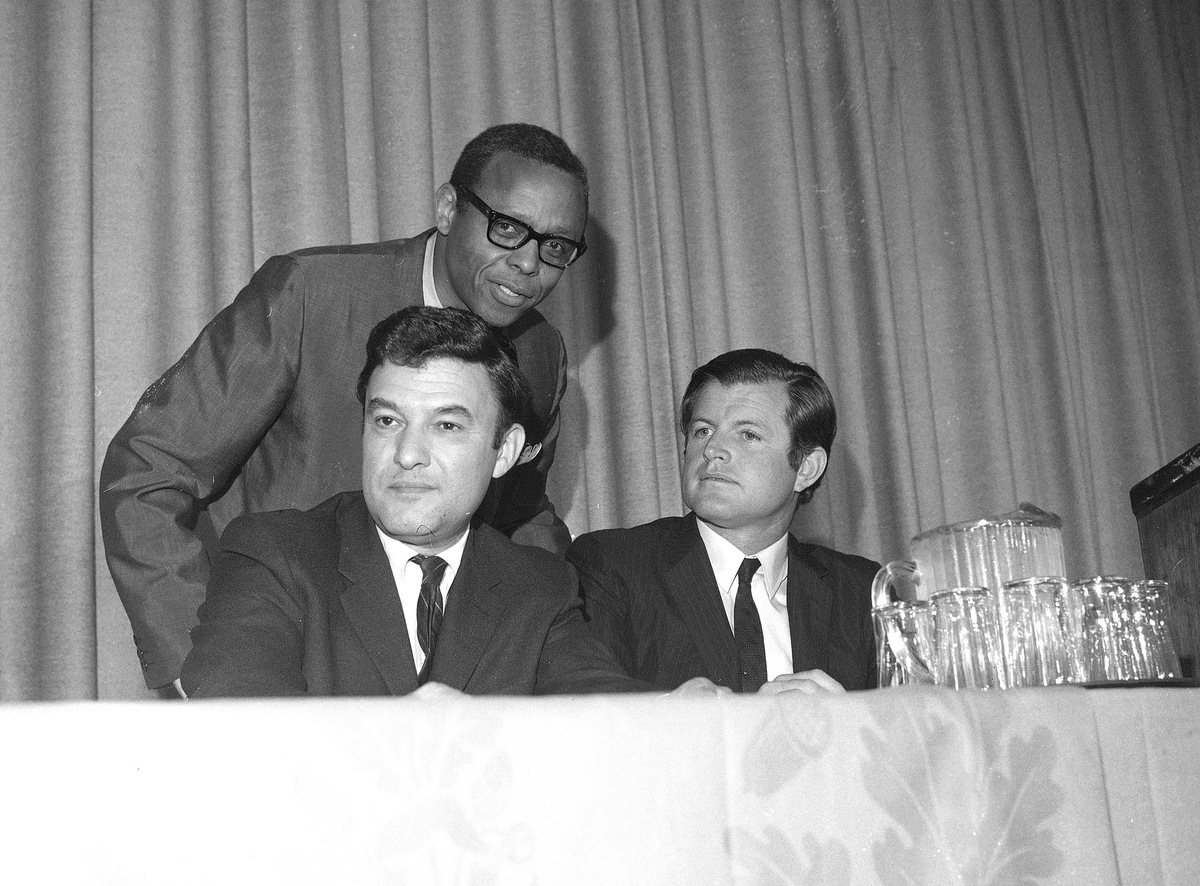 Jack Greenberg (left), seated next to Sen. Ted Kennedy and the Rev. M. Moran Weston in 1969.

Jack Greenberg, one of the lawyers who argued the landmark Supreme Court case that ended federal tolerance of racial segregation in schools, died Wednesday. He was 91.

Greenberg was a giant of the civil rights era. He argued 40 cases before the nation's highest court, fighting against segregation, employment discrimination and the death penalty.

As Thurgood Marshall began a career on the federal bench that would eventually take him to the Supreme Court, he hand-picked Greenberg to take his place as the second director of the NAACP Legal Defense and Educational Fund.

"Few understand how powerfully Jack Greenberg shaped the practice of civil rights law and the breadth of his contributions to our modern conception of equal opportunity and justice," Sherrilyn Ifill, LDF's current president and director-counsel, said in a statement.

In 2001, President Bill Clinton awarded Greenberg the Presidential Citizens Medal, citing him as "a crusader for freedom and equality for more than half a century."

The Washington Post reports that at times, Greenberg's race — he was white — was questioned, especially because he came to represent a prominent black civil rights organization. But, the Post reports:

"Marshall stamped out any such objections. 'As those who are fighting discrimination,' he said, 'we cannot afford to practice it.' Mr. Greenberg, Time magazine quoted Marshall as saying, was 'about as Negro as a white man can get.' "

In a statement, President Obama said that because of Greenberg's work, millions of Americans have known freedom.

"The son of immigrants who had fled anti-Semitism, he believed that civil rights was a cause for all Americans, regardless of race or circumstances of birth," Obama said.

The president went on: "He learned quickly that change would not come overnight — that it would take many generations, more court cases, and nationwide movements to even begin realizing the dream of civil rights for all Americans. But Jack's calm temperament and intellectual approach to moral arguments perfectly suited him for the fight; he knew, after all, that history was on his side."

Greenberg was interviewed by Terry Gross on Fresh Air back in 1994 after he published a memoir about his 35 years at the LDF.

He was asked to look back at what Brown v. Board of Education accomplished. The country, he said, is still very much trying to live up to the promises of racial equality. African-Americans, he said, still suffer disproportionately. But Brown was "like an icebreaker that went through a frozen sea" that broke up the status quo, allowing for things like the Civil Rights Act of 1964.

"One way of putting it is that the glass is half-empty or half-full," he said. "But in 1954, the glass was completely empty."