Accessibility links
Judge Dismisses Newtown Families' Lawsuit Against AR-15-Style Gun-Maker : The Two-Way Gun-makers and sellers have broad legal immunity from claims over the criminal misuse of firearms "when the product functioned as designed and intended," a Connecticut judge says. 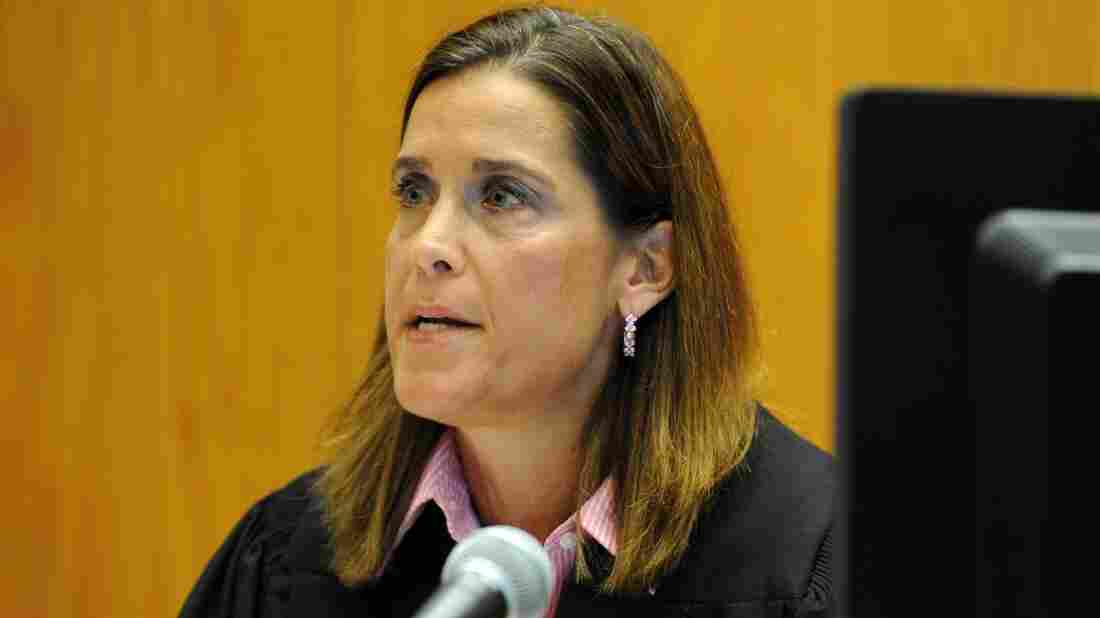 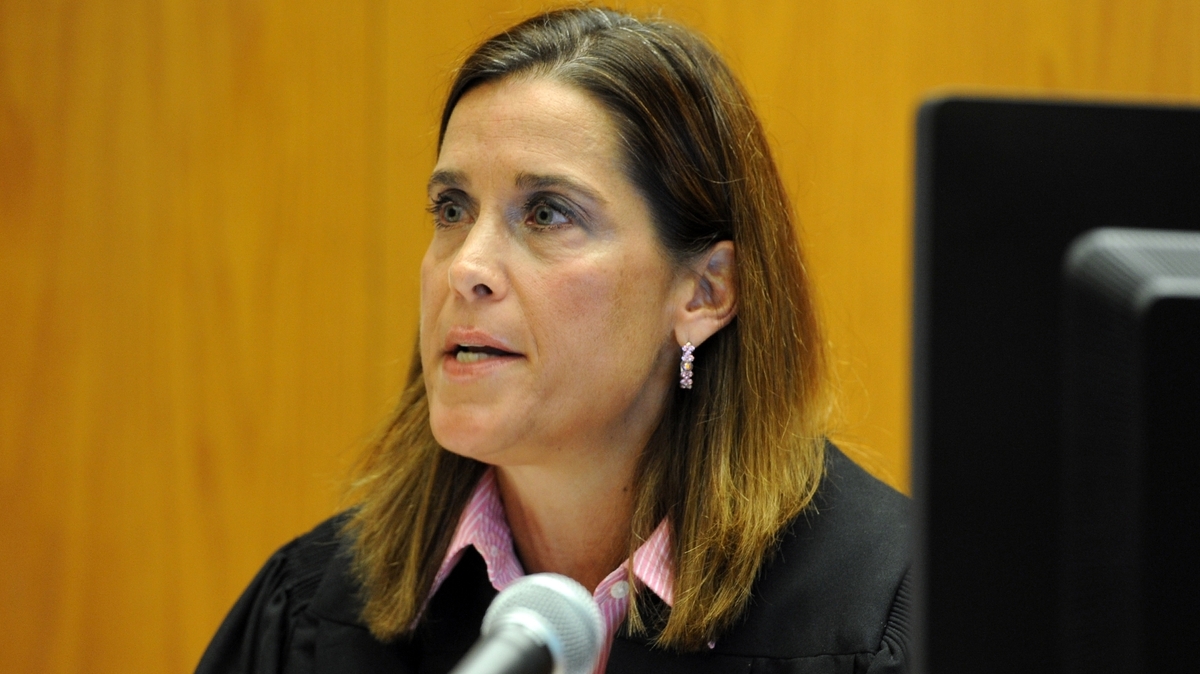 Congress has broadly prohibited lawsuits against gun-makers for harm caused by their weapons, Superior Court Judge Barbara Bellis ruled Friday. The judge is seen here during a hearing in Bridgeport, Conn., in June.

A Connecticut judge has dismissed a lawsuit that was filed against the manufacturer and seller of the weapon used in the mass shooting at Sandy Hook Elementary School in 2012.

The dismissal comes months after a judge allowed the case to proceed against Remington Arms, maker of the Bushmaster AR-15 rifle, as well as the distributor and seller. The families sought damages and relief in their lawsuit, arguing that the weapon that Adam Lanza used to kill 26 people, including 20 children, at Sandy Hook should never have been sold in the civilian marketplace.

In addition to Remington, the lawsuit named firearms distributor Camfour as well as Riverview Sales, the company that owned the gun store, saying that the defendants had violated both federal and state laws that cover lawful commerce and trade practices.

In her decision released Friday, Superior Court Judge Barbara Bellis concluded that Congress, through the Protection of Lawful Commerce in Arms Act, has broadly prohibited lawsuits against the makers, distributors and sellers of guns "for the harm solely caused by the criminal or unlawful misuse of firearm products ... by others when the product functioned as designed and intended."

Bellis also wrote of other lawsuits that have alleged negligent entrustment, citing such cases against makers of automobiles, ATVs and BB guns and saying that the validity of the plaintiffs' claims hinged on whether the companies could have had any knowledge of an end user's "propensities toward misuse" of the product in question.

The judge also noted that the families' lawsuit said this case was different, in that Remington and the other defendants' entrustment of the Bushmaster model XM15-E2S to the public "involved an unreasonable risk of physical injury to others."

In her ruling, Bellis also revisited the federal laws covering such cases — including the debate over the federal PLCAA, particularly Rep. John Conyers' criticisms of the bill's narrow scope in covering only the initial transfer of a gun from seller to buyer. Bellis quotes Conyers' argument in which he said the bill "irresponsibly protects dealers who recklessly sell to gun traffickers" who will then resell the guns to criminals.

"Based on the clear intent of Congress to narrowly define the 'negligent entrustment' exception, Adam Lanza's use of the firearm is the only actionable use. Accordingly, the plaintiffs have not alleged that any of the defendants' entrustees 'used' the firearm within the confines of PLCAA's definition of the term. To the contrary, the plaintiffs have alleged facts that place them directly in the category of victims to which Congress knowingly denied relief."

Bellis also rejected the plaintiffs' idea that "common law recognizes a class as broad as civilians to support a claim for negligent entrustment."

It's the latest turn in a lawsuit that has seen its venue changed to a federal court — at the request of Remington, along with other defendants — only to be returned to state court nearly one year ago.