Accessibility links
Mall Of America To Stay Closed On Thanksgiving Day And Other Business News Notes : The Two-Way Politics dominated the news this week. But the business world also had some interesting stories. Here are just three, involving Black Friday shopping, sham bank accounts and dining out. 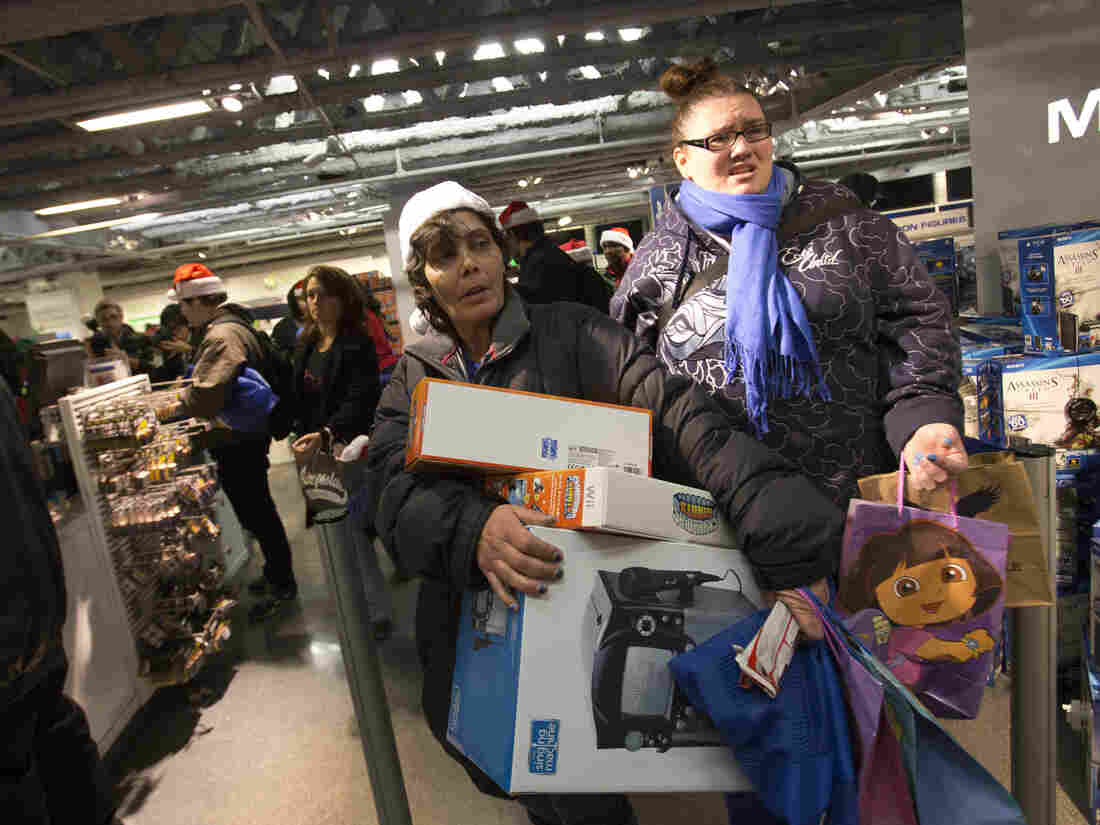 People line up to purchase items at the "Black Thursday" sale at the Toys 'R Us store in Times Square on Nov. 22, 2012, in New York City. The store got a head start on the traditional Black Friday sales by opening their doors at 8 p.m. on Thanksgiving night. Andrew Kelly/Getty Images hide caption 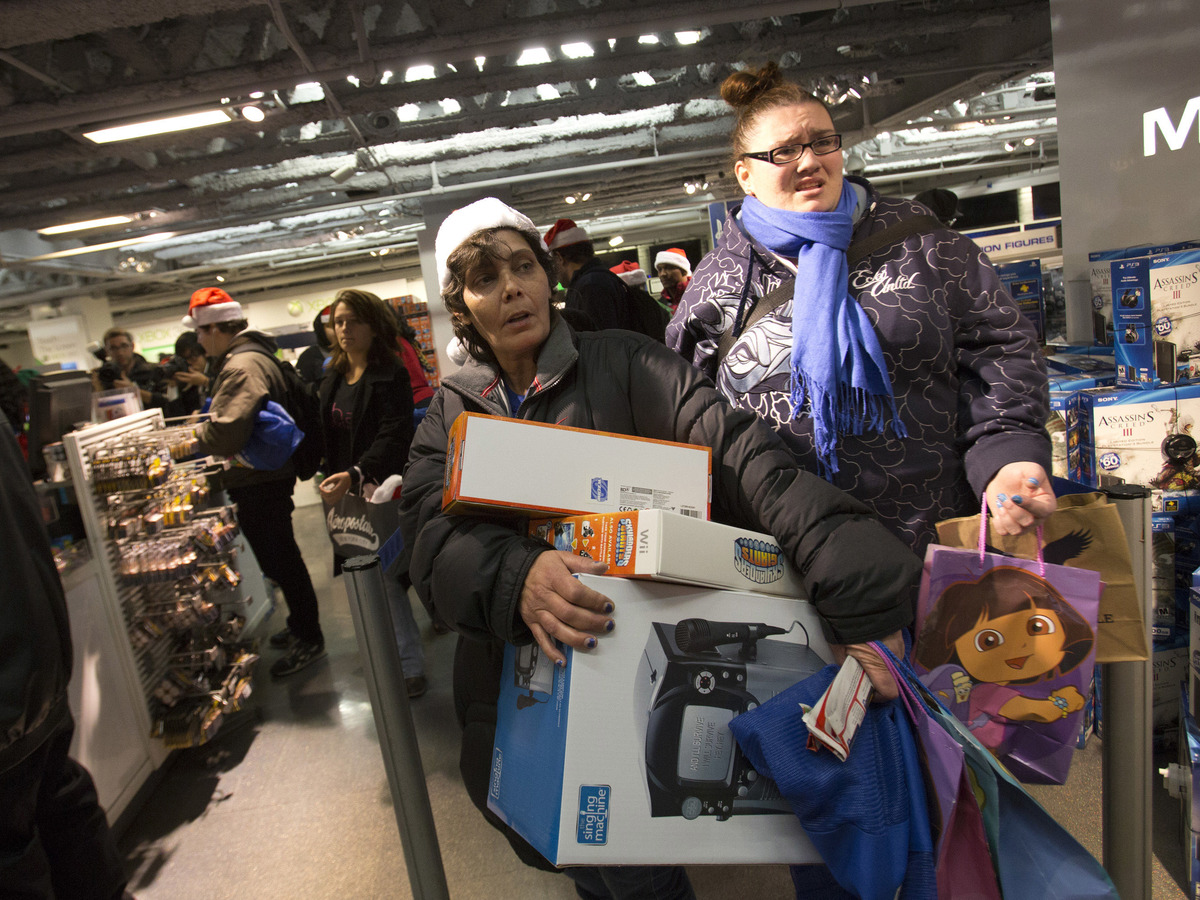 People line up to purchase items at the "Black Thursday" sale at the Toys 'R Us store in Times Square on Nov. 22, 2012, in New York City. The store got a head start on the traditional Black Friday sales by opening their doors at 8 p.m. on Thanksgiving night.

This past week brought so many strange and depressing political stories that you may not have had time to read business news.

So let's catch up. Here are three business news stories you might find interesting:

Here's a turkey of an idea: Urge Americans to gobble down Thanksgiving meals and then rush to the mall.

Now, at last, some retailers are retreating from the notion that consumers want to abandon food, family, friends and football on Thanksgiving Day to start shopping a few hours sooner.

This retail angle to Thanksgiving got started in the 1930s when retailers hoped to get holiday shopping kicked off with big sales and long hours on the day after the family meal. By the 1990s, this "Black Friday" strategy had stores opening at 6 a.m. Then in the mid-2000s, opening times started pushing back to 4 a.m. — and kept going. By 2014, many malls were opening by 5 p.m. on Thursday.

Turns out those Thursday night purchases were just stealing from Friday morning's results. So Mall of America announced earlier this month that it will be closed on Thanksgiving. And this week, CBL & Associates, which owns or helps run 89 malls and shopping centers, said its properties will remain locked up until 6 a.m. Black Friday. Some analysts think this will be a trend.

And if it is, sane Americans will have one more reason to give thanks.

It's been a tough week at Wells Fargo, where management has been struggling with a sales-tactics scandal. On Wednesday, CEO John Stumpf retired, and then on Friday, a third-quarter-earnings report showed profits were off by 2.6 percent.

Shares have fallen about 10 percent since Wells Fargo agreed to a $185 million settlement with regulators for having opened up to 2 million accounts using fake names or doing so without a customer's authorization.

Hungry? Get in line; restaurants are booming

On Friday, the Commerce Department said retail sales rose at a decent pace in September, up 2.7 percent from last year and easily outracing inflation. But the really impressive number involved "food services and drinking places," which have seen sales shoot up 6.1 percent over last year.

So be sure to make a reservation. "Restaurants have been and will continue to outpace grocery stores' sales," said Chris Christopher, director of consumer economics at IHS Global Insight.