Accessibility links
Battle To Retake Mosul From ISIS Has Begun, Iraqi Prime Minister Says : The Two-Way The battle to retake control of the crucial city will be "Iraq's biggest fight," according to the spokesman for the coalition fighting ISIS. 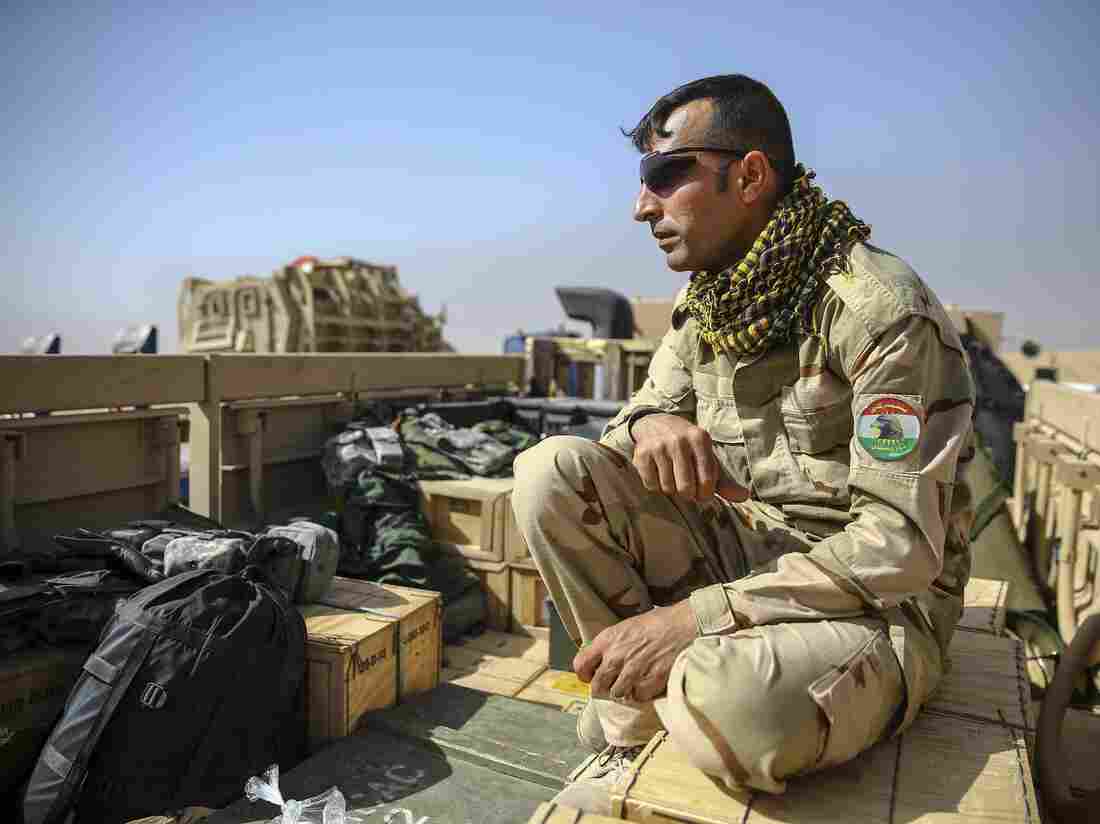 A military convoy passes through the Mahmour district as it heads toward eastern Mosul on Saturday. Anadolu Agency/Getty Images hide caption 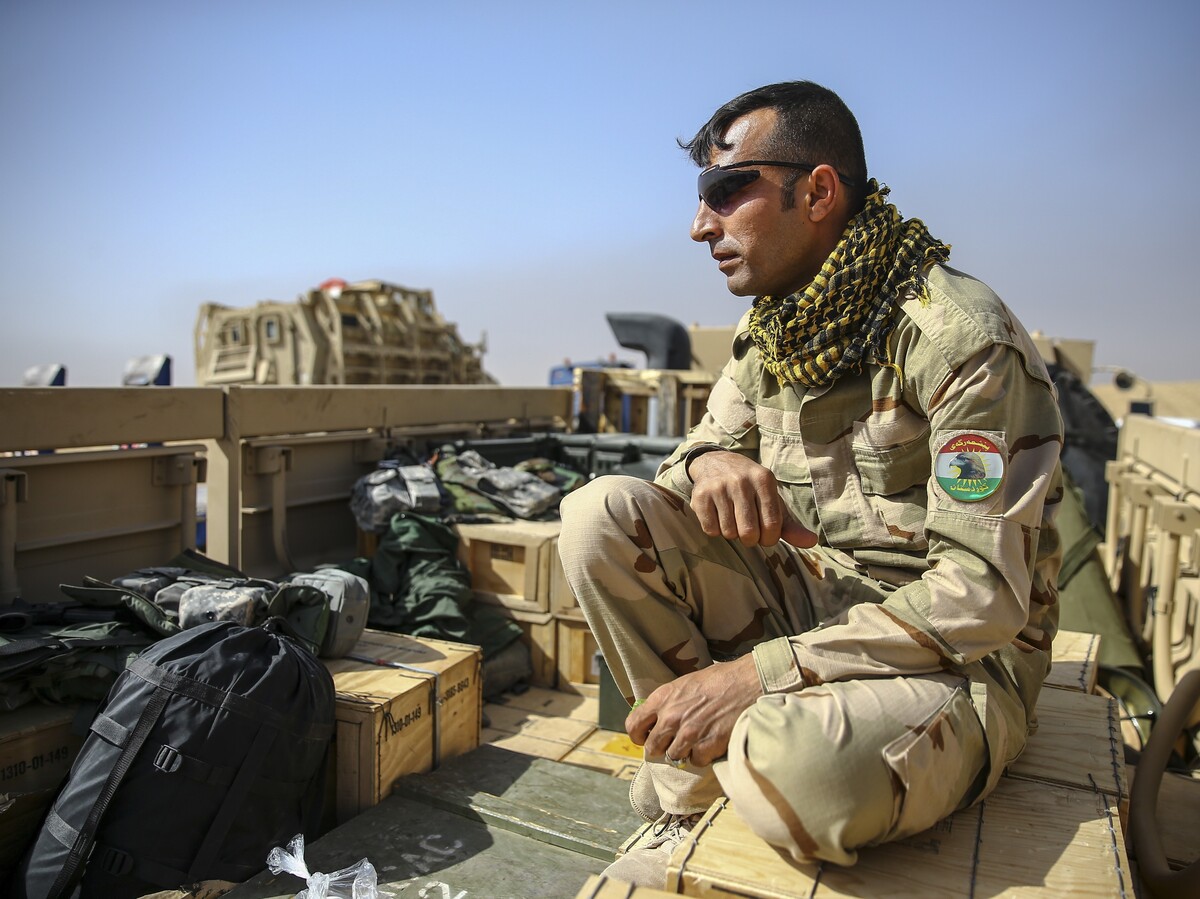 A military convoy passes through the Mahmour district as it heads toward eastern Mosul on Saturday.

Iraq's military has launched an offensive aimed at wresting control of Mosul from Islamic State militants, according to the country's prime minister, Haider al-Abadi. In a televised speech, Abadi said he would keep an earlier promise to defeat ISIS by 2016 — and declared that soon the Iraqi flag would be raised in Mosul.

"This is a decisive moment in the campaign to deliver ISIL a lasting defeat," U.S. Defense Secretary Ash Carter said in a statement. "The United States and the rest of the international coalition stand ready to support Iraqi Security Forces, Peshmerga fighters and the people of Iraq in the difficult fight ahead."

The battle for control of the crucial city will be "Iraq's biggest fight" and "the largest mission Iraqi security forces have yet undertaken against the enemy," as Col. John Dorrian, spokesman for the coalition fighting ISIS, told reporters Wednesday. A victory in Mosul would be a huge blow to the Islamic State, pushing it out of the last major urban center under its control in Iraq.

Iraqi forces have been gathering near the city for days now, and defense officials told NPR's Tom Bowman that they "will outnumber the ISIS defenders by more than 20 to 1." Here's more from Tom on what we know about the operation:

"The Kurdish peshmerga fighters will come in from the north and east, with Iraqi army forces driving from the south. The U.S. will provide advisers, such as Green Berets, who will accompany the Iraqi troops but not take part in the actual fight. American airstrikes will also be part of the Mosul air operation, with the U.S. focusing on ISIS commanders in particular."

ISIS took control of Mosul in summer 2014 as the Iraqi military collapsed. As Tom reported, ISIS fighters have had two years "to build defensive networks, everything from berms to ditches to truck bombs and booby-trapped houses."

People who have managed to escape the city during the past two years describe a day-to-day existence full of horrors. They "say the militants terrorize people, conduct public executions, recruit children as fighters, forbid communication with the outside world — all in the name of enforcing a brutal regime they call Islamic," as NPR's Alice Fordham reported.

And there are still hundreds of thousands of civilians living in the city who will be trying to flee the fighting. Dorrian told reporters that the Iraqi government has set up 20 camps for displaced people "and is working with the U.N. and other organizations to pre-position resources to take care of them."

But Tom says there's concern that "ISIS fighters could prevent them from leaving, or use them as 'human shields,' either within the city or if ISIS tries to flee."

Another concern, as Alice reported, is that there simply won't be a safe route out for people amid what's expected to be very fierce fighting.

In the lead-up to the offensive, ISIS fighters in Mosul have grown increasingly paranoid — even threatening to cut out the tongues of anyone who mentions "liberation," as Alice reported. She heard from a woman who recently fled the city, Um Yahya, who "says she herself saw three men with their mouths sewn shut as punishment for talking about the coming offensive."

And while displaced residents are eager to return to their homes, Alice reports that it could take months to secure the embattled city.