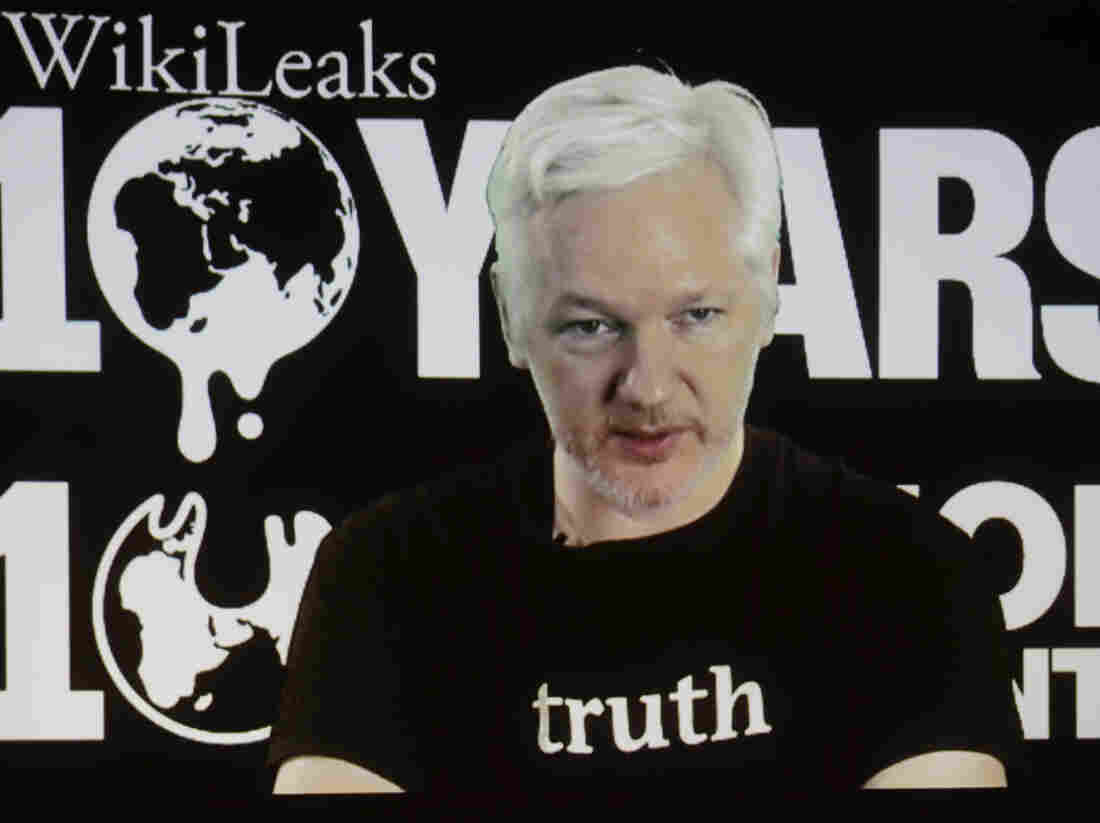 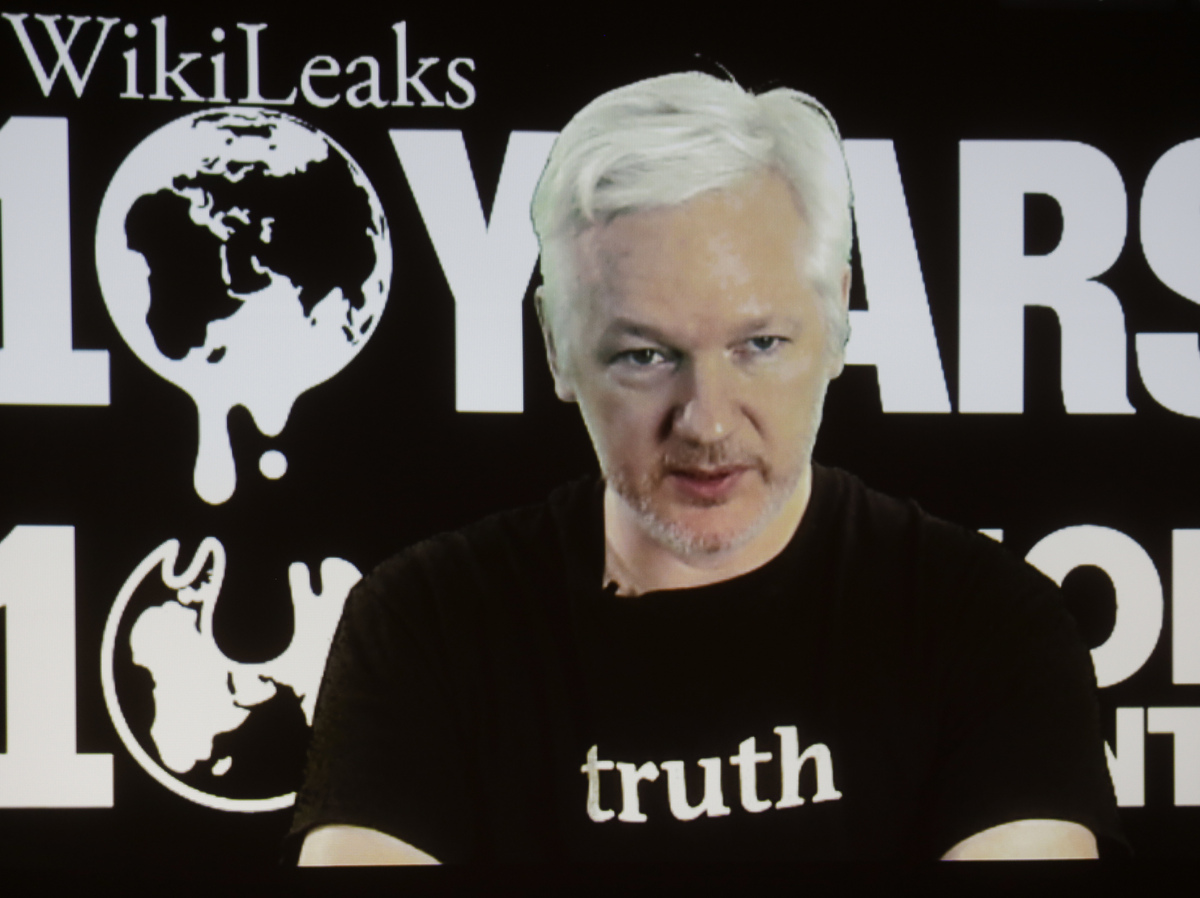 WikiLeaks founder Julian Assange participates via video link at a news conference in October marking the 10th anniversary of the group.

The activist organization WikiLeaks says the Internet connection for its founder, Julian Assange, has been severed by what it called a "state party."

Julian Assange's internet link has been intentionally severed by a state party. We have activated the appropriate contingency plans.

The WikiLeaks founder has been living at the Ecuadorean Embassy in London for more than four years. As The Two-Way has reported, Assange sought refuge there after Sweden issued a warrant for his arrest to question him over allegations of sex crimes. He has said that if sent to Sweden, he fears he would be handed over to the U.S. and could face trial over the release of classified U.S. material on WikiLeaks.

An NPR call and email to WikiLeaks were not returned. The Associated Press reported on its efforts to corroborate the Internet outage accusation:

"Ecuador's foreign minister, Guillaume Long, approached by The Associated Press on the sidelines of a United Nations conference in Quito on Monday, declined to comment when asked about Assange."

A brief statement posted by Long's office on Twitter Monday evening did not mention Assange's access to the internet, but referenced the "speculation of the last few hours" in reaffirming that his asylum status at the embassy remained valid.

"This batch was the eighth installment of what WikiLeaks says are Podesta's emails, and the controversial organization claims to have more than 50,000 emails in total that they plan to release.

"The Clinton campaign has not confirmed that the hacked emails are real, and NPR has not been able to confirm their authenticity, but the campaign has linked the hack to Russia and says Moscow is interfering with the election to promote Donald Trump's candidacy. ...

"If the emails are authentic, they provide insight into the private conversations happening at the highest levels of the Clinton campaign. So far, those conversations have included how to defend Clinton's use of a private email server while she was secretary of state and potential problematic excerpts from her Wall Street speeches."

At a press conference on Oct. 4, Assange said via video link that WikiLeaks would be releasing information he felt was relevant to the U.S. election beginning that week, and that he hoped the organization would "be publishing every week for the next 10 weeks," leading up to and through the Nov. 8 presidential vote.