Accessibility links
Head Of Police Chiefs Group Apologizes For 'Historical Mistreatment' Of Minorities : The Two-Way Law enforcement officers "have been the face of oppression for far too many of our fellow citizens," Terry Cunningham said at the annual meeting of the International Association of Chiefs of Police. 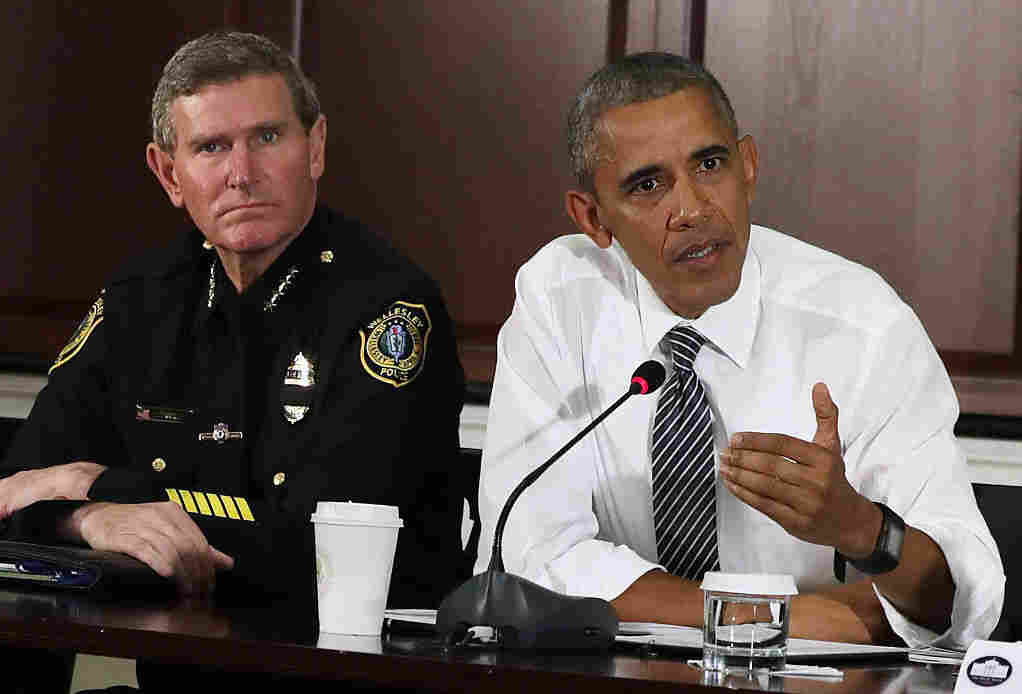 President Obama speaks alongside Terry Cunningham of the International Association of Chiefs of Police during a conversation on community policing and criminal justice in July in Washington, D.C. Alex Wong/Getty Images hide caption 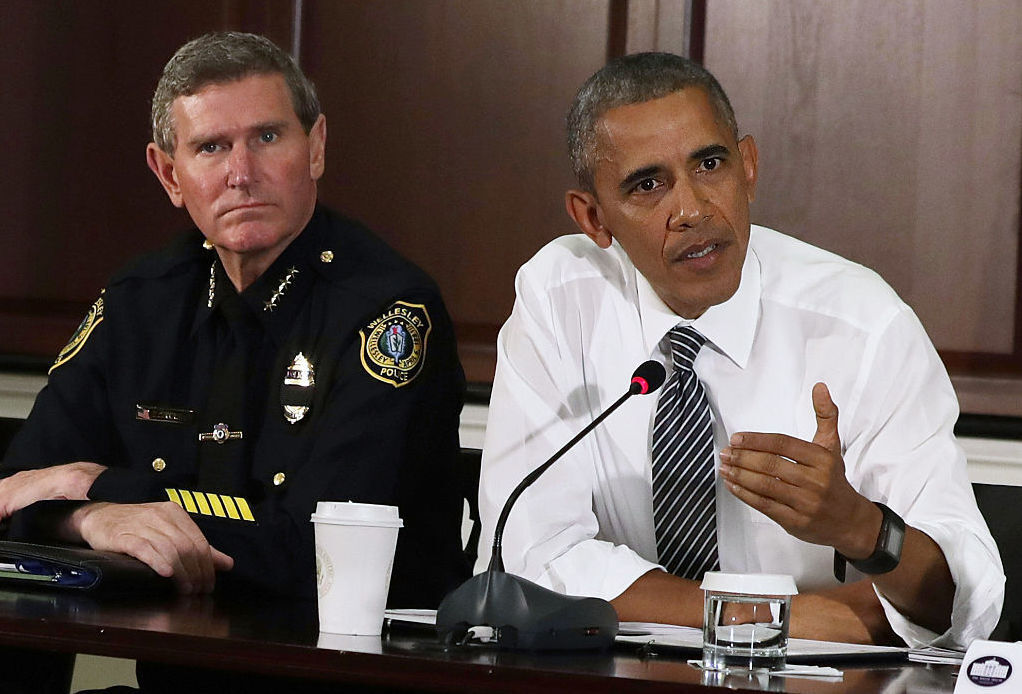 President Obama speaks alongside Terry Cunningham of the International Association of Chiefs of Police during a conversation on community policing and criminal justice in July in Washington, D.C.

The head of the largest association of police chiefs in the U.S. has issued a formal apology on the group's behalf for "historical mistreatment of communities of color."

Speaking Monday at the annual meeting of the International Association of Chiefs of Police in San Diego, Terry Cunningham said his remarks on behalf of the group were aimed at breaking a "historic cycle of mistrust."

He said that policing is, in essence, a "noble profession" that has seen dark periods in its history.

"There have been times when law enforcement officers, because of the laws enacted by federal, state and local governments, have been the face of oppression for far too many of our fellow citizens," Cunningham said. "In the past, the laws adopted by our society have required police officers to perform many unpalatable tasks, such as ensuring legalized discrimination or even denying the basic rights of citizenship to many of our fellow Americans."

He emphasized that these darker periods are in the past, adding that "while this is no longer the case, this dark side of our shared history has created a multigenerational — almost inherited — mistrust between many communities of color and their law enforcement agencies."

"We must move forward together to build a shared understanding," he said, calling the apology a first step in the process. "At the same time, those who denounce the police must also acknowledge that today's officers are not to blame for the injustices of the past."

Cunningham, who is the police chief in Wellesley, Mass., did not specifically mention any of the recent, numerous, high-profile police shootings of black men, nor did he bring up the police officers killed earlier this year in Dallas and Baton Rouge.

The issue of historic injustices is a "delicate subject inside policing," as NPR's Martin Kaste tells our Newscast unit, "especially as many rank-and-file cops have come to resent accusations of systemic racism by groups such as Black Lives Matter."

And as Martin reports, "Cunningham says he decided to make this statement after a meeting last summer with President Obama, who told him police needed to acknowledge historical mistreatment of communities of color."

Civil rights groups such as the American Civil Liberties Union and the NAACP Legal defense Fund told the Post that they welcomed the apology. Here's what Jeffrey Robinson, ACLU deputy legal director, said to the newspaper:

"It seems to me that this is a very significant admission ... and a very significant acknowledgement of what much of America has known for some time about the historical relationship between police and communities of color. The fact someone high in the law enforcement community has said this is significant and I applaud it because it is long overdue. And I think it's a necessary first step to them trying to change these relationships."

But others were less impressed. "[Cunningham] fails to acknowledge the deplorable behavior of some modern-day police officers who are allowed to go from police agency to police agency after having been cited for misconduct within one or more departments," Delores Jones-Brown, a professor at the John Jay College Center on Race, Crime and Justice, told the Los Angeles Times. "There are bigoted cops today as there were when it was legal to be a bigoted cop."

The apology comes less than a week after U.S. Attorney General Loretta Lynch announced that the Department of Justice plans to collect data on killings by police and use of force.